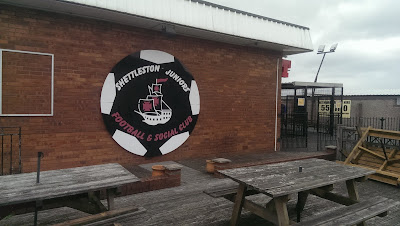 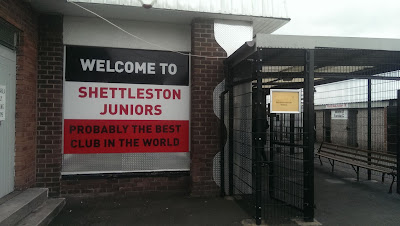 Shettleston was originally a small village on the outer edge of Glasgow, but is now a city district incorporates the sub-districts of Greenfield and Sandyhill. It lies in between the neighbouring regions of Parkhead and Baillieston, four miles east of Glasgow city centre. 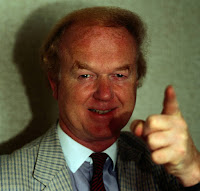 Famous people from Shettleston include journalist, novelist, playwright and broadcaster Cliff Hanley, who wrote the lyrics to the Scottish anthem Scotland The Brave. Football commentator and author Archie Macpherson was born and raised in the area, with his father playing centre forward for Shettleston, as well wearing the number nine shirt at Dalry Thistle and Largs Thistle. 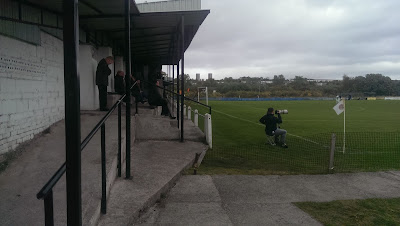 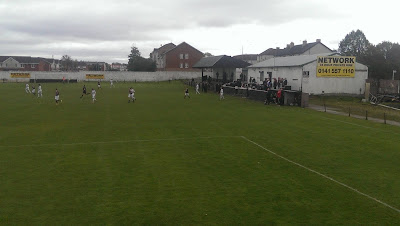 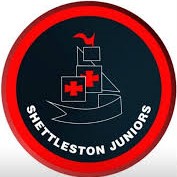 Shettleston Football and Athletic Club was founded in 1903, beginning life in the Glasgow Junior League and are currently plying their trade in the SJFA West Region League One.  The Town reached the final of the Scottish Junior Cup in 1959, losing 2–1 to Irvine Meadow in front of a 65,211 Hampden Park crowd and reached the semi final stage in 2000-01. 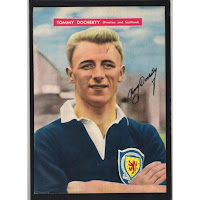 Shettleston have enjoyed plenty of cup success, winning the Glasgow Junior Cup four times, the Central League Cup on three occasions and the West of Scotland Cup in 1973, ‘93 and ‘95.
The club’s best-known former player is Tommy Docherty, who went on to play for Celtic, Preston North End, Arsenal and won international caps, before commencing on a career in management, boasting he had "more clubs than Jack Nicklaus" 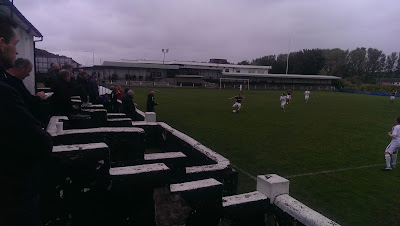 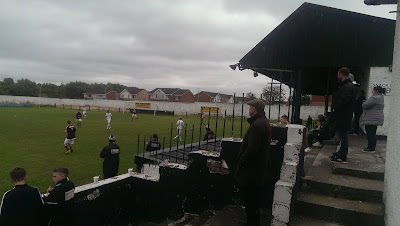 401 Old Shettleston Road,
Glasgow,
G32 7JN
Scottish grounds visited 100
SJFA grounds visited 41
The club moved to Greenfield Park from their original home at Well Park in 1933, which had been sold off for housing. The turnstile entrance is behind the goal, where there's a fully covered enclosure with wooden benches bolted onto the terraces, with a wee separate section of eleven flip seats. The main side has the changing rooms, tea bar and terracing, including the old peaked roof enclosure at the bottom. Its open behind the far goal which runs around to the other side, which is now out of bounds apart from a scaffold camera stanchion. The large impressive social club is outside, opposite the turnstile entrance. 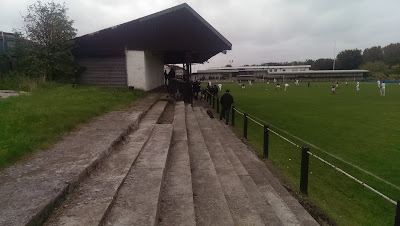 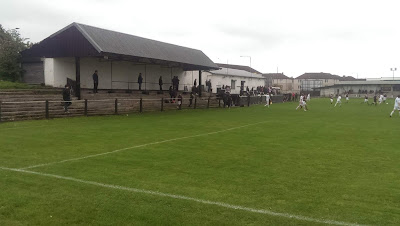 Macron Scottish Junior Cup 2nd Round
2.30pm ko
The Toon were punished for an early penalty miss, as the visitors booked there place in round three with a late goal. The match was a bit of a scrappy affair, with an array of clumsy fouls and quite a few yellow cards banished. North End were the much better side in the second half and grabbed the winner ten minutes from time, when the ball broke to Ryan Smith in the box, who turned and fired his team into the next round.
Matchday stats & Spondoolicks
SJFC 0
DNEFC 1(Smith 81)
Att.100.est
Entertainment 5/10
Admission £6
Coffee £1 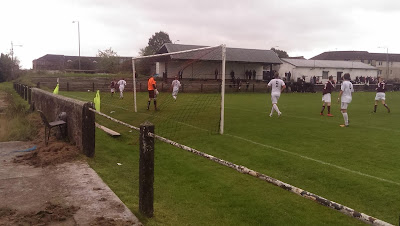 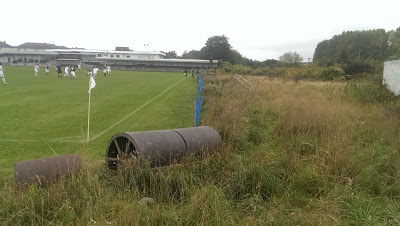 Another road trip in the pleasant company of Katie & Lee along with Facebook addict John McClure. The gang picked me up at 10am with Katie taking the A69/M74 route to the outskirts of Glasgow. On route we stopped off for the requisite JDW, calling at The John Fairweather in Cambuslang (a revisit for me but a tick for my fellow travellers). Apart from the busy traffic just outside Shettleston, the journey went smoothly both ways, so I was back home at half seven. After being a big part of my life for two years, it was good to watch a Scottish Junior Cup tie again at a ground full of character - a good'un for my 100th in Scotland. 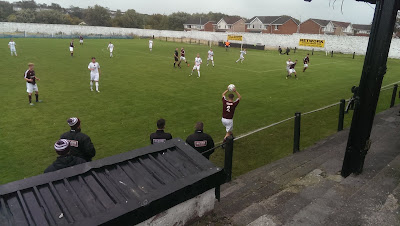 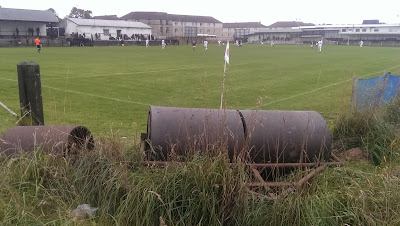