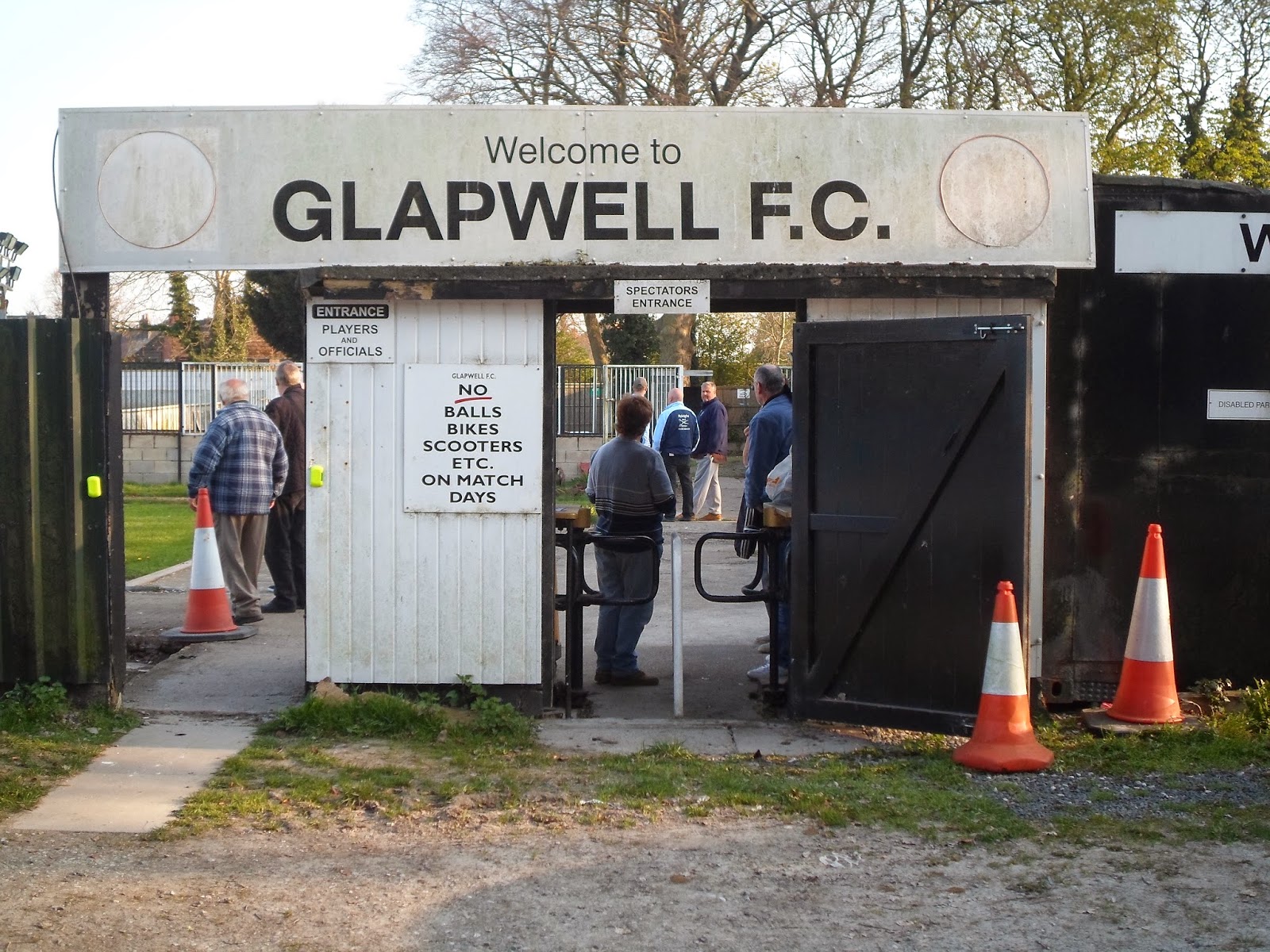 For my 100th game of the season it was Central Midlands League action, with a road trip to Derbyshire. While I'm quite content to reach three figures over the season, this is small fry compared with my travel companions. Katie, our reliable girl behind the steering wheel was attending her 182nd game this campaign, while her boyfriend Lee was on a mere 261 matches.

Whereabouts and Whatsabouts
Glapwell is a village in the north east of Derbyshire, between the towns of Chesterfield and Mansfield,  located on the main A617 road, next to the small town of Bolsover. 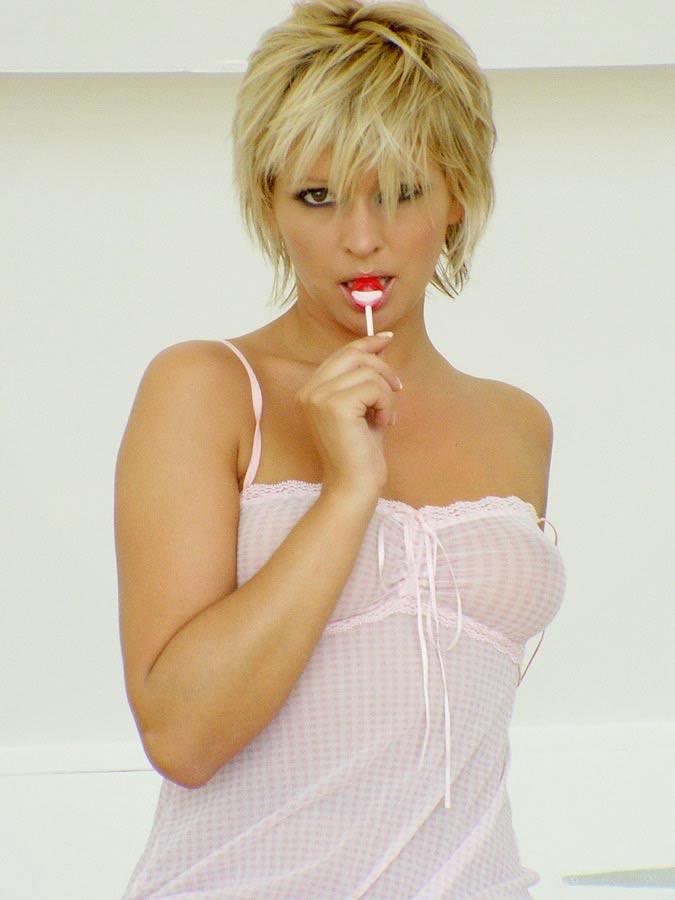 This village is mentioned in the Domesday Book in 1086, observing that Serb held the village for William Peverel, who was a favourite of William the Conqueror and greatly honoured after the Norman Conquest. He received as his reward 162 manors in central England from the king, forming collectively the Honour of Peverel, in Nottinghamshire and Derbyshire, of which Glapwell was one of them.
Glapwell Colliery, known locally as the Glappy Mine opened in 1882, with seam workings stopping in 1973 before fully closing the following year. The village is also the birthplace of former page 3 bird Jo Guest, who was many a young blokes wet dream during the 1990's and among her many followers who drooled at the sight of this blonde bombshell was my good pal Zippy Turnbull. 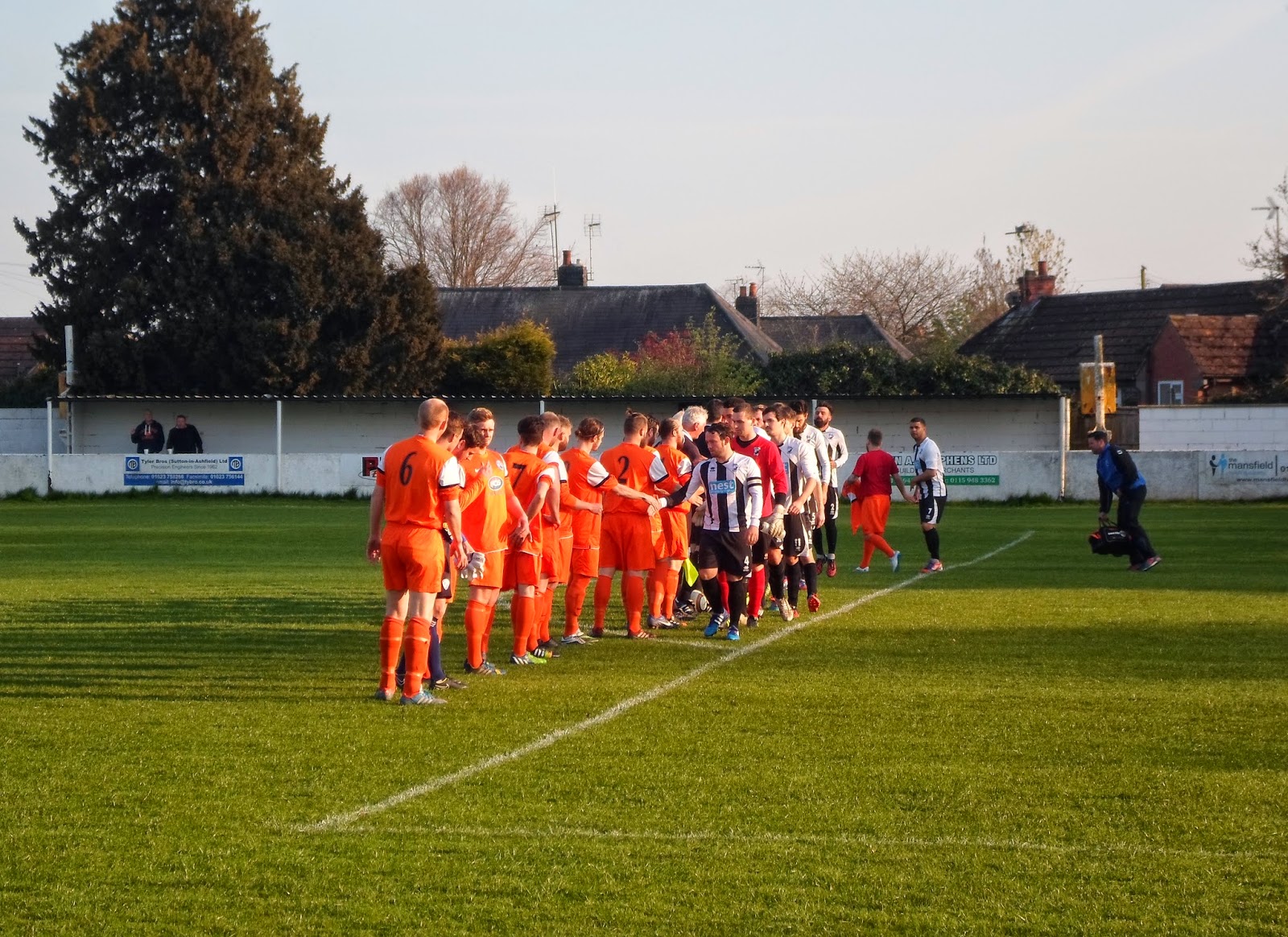 Plantpot History
Glapwell FC formed in 1985 and joined the Central Midlands Football League Division One in 1989, becoming league champions in their opening campaign, quickly followed by promotion to its Supreme League.  In the 1997–98 season Glapwell the club won the Derbyshire Senior Cup for the first and only time, beating Matlock Town on penalty kicks after the tie was level on aggregate. 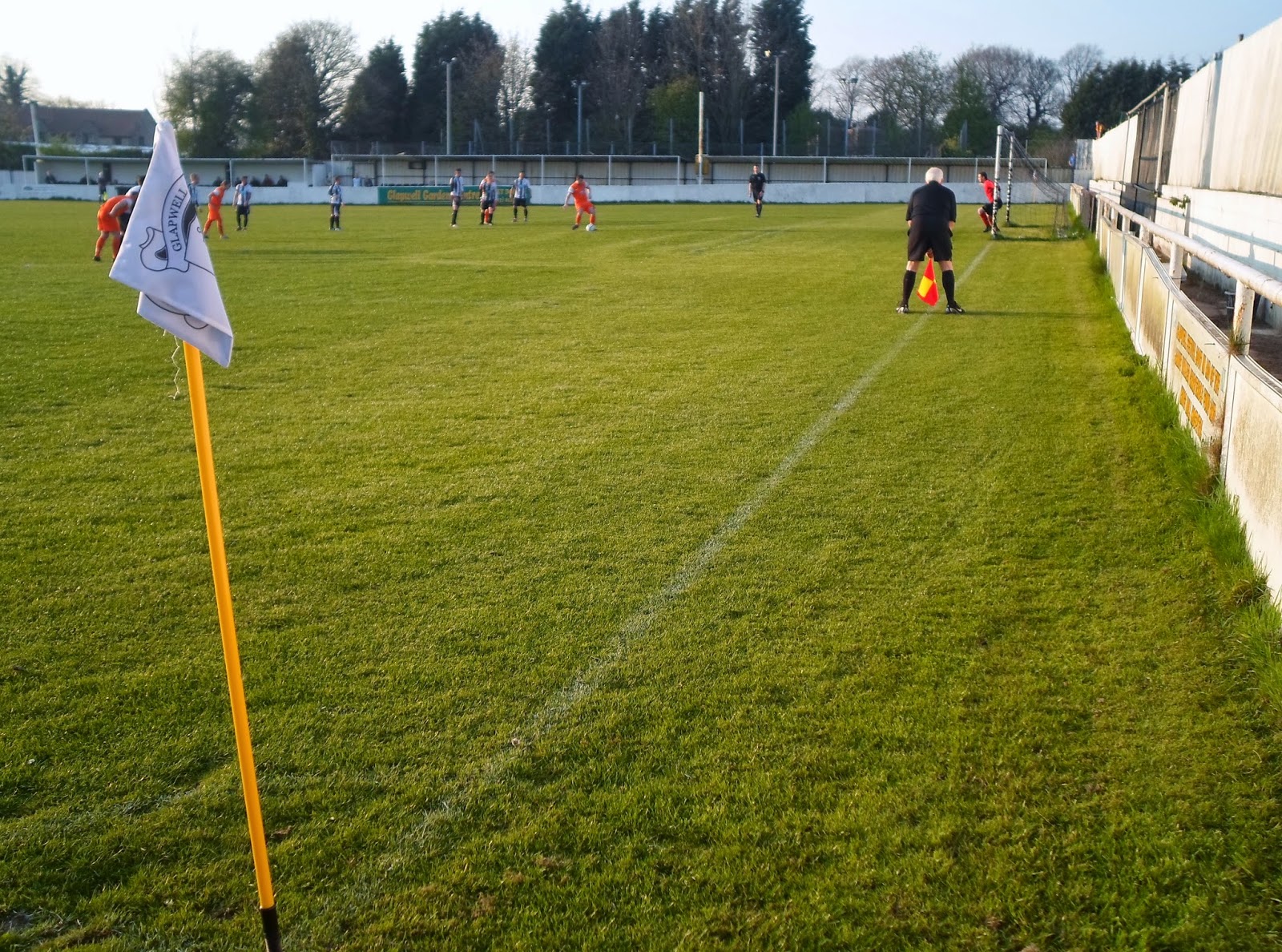 Hall Corner is found in the north of the village, having seen better days, with the floodlights chopped in half and condemned, plus the old club shop has closed. At the turnstile entrance there's the club bar and changing rooms situated behind the goal. There are three sections of cover down one side, from halfway up to the top corner filled with a mixture of different seats and benches. The dugouts are opposite with a covered standing enclosure at one side. The rest of the ground is open with hard standing all round.
The club returned to Hall Corner in December 2010 after an agreement with Mansfield Town which allowed Glapwell to play their home games at Field Mill for the 2010-11 season. That was until The Stags were locked out of their ground by their landlord, which saw Glapwell returning to their real home. 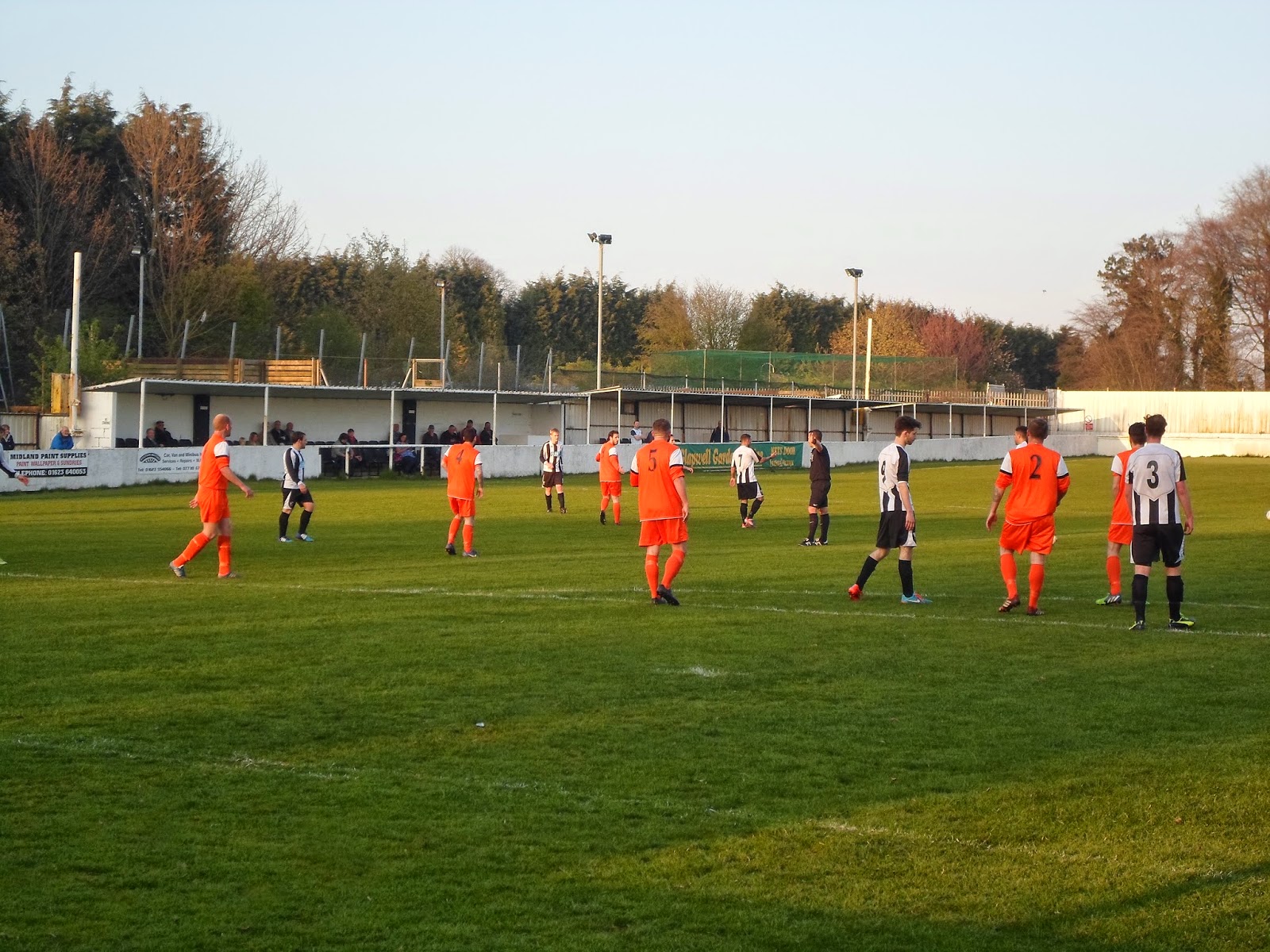 The Match
Glapwell faced promotion chasing Clay Cross Town, who strengthened their place in the top two with a convincing 4-1 win. Glappy took the lead in the 18th minutes when Daniel Russell headed in from a corner kick at the back post, but the visitors were soon level when the 'keeper fouled the number nine and Ryan Ordidge converted the resulting penalty.
The Millers got their noses in front when a deep free kick from Will Harcourt picked out Ryan Booker to head home just after the half hour mark.
The points looked assured when Thomas Poole capitalised on a lack of communication between defender and goalkeeper to nip in and guide the ball towards an open goal after 52 minutes. Then five minutes from time James Whitfield latched onto a long through ball and hit a sweet half volley over the 'keeper from 20 yards to put the gloss on a fine away victory which puts them top of the league. 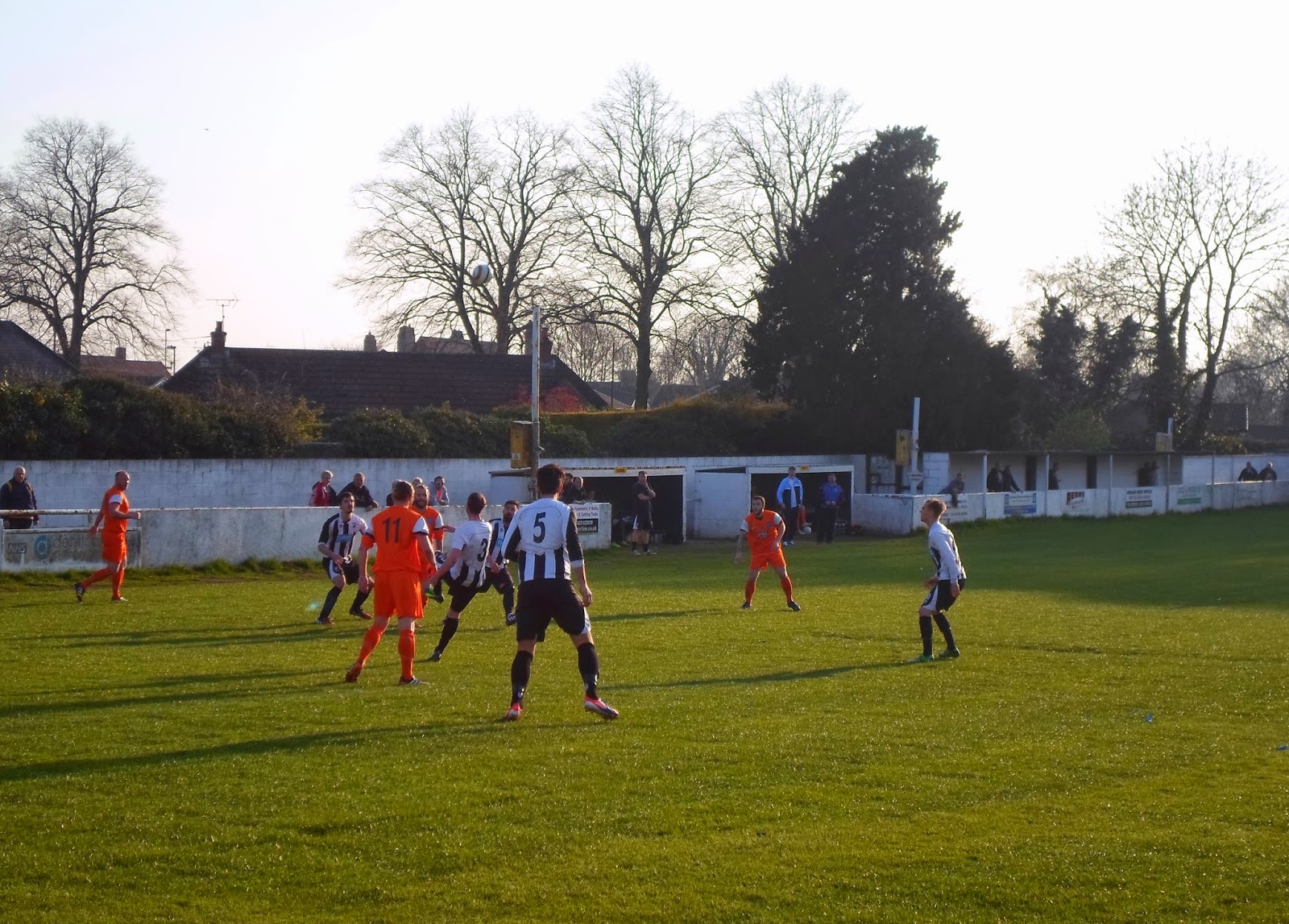 My Matchday
A big bonus in travelling to matches with Lee and Katie is ticking off a new Wetherspoons. The pub choice on this occassion was The Pillar of Rock in Bolsover, opened in July 2013 found in the shadows of the castle. The breadknife dropped me in Houghton-le-Spring earlier in the afternoon to meet Katie for my lift, so we arrived in Derbyshire at 4.30pm. I had a couple of previously unsupped ales and a John Shuttleworth meal("eggs and gammon,poor Rhyanin...") if you know what I mean. Overall another pleasant evening out and the early kick off meant I was back at 100FgC HQ by 11pm.

footnote
I forgot to mention and give thanks to the gentleman who printed off a fresh programme after they had sold out, so "Thank you very much"