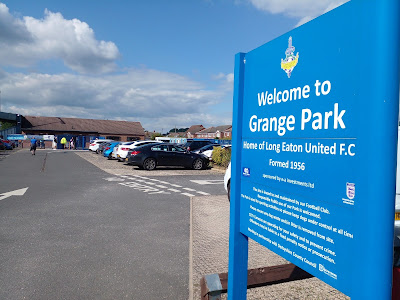 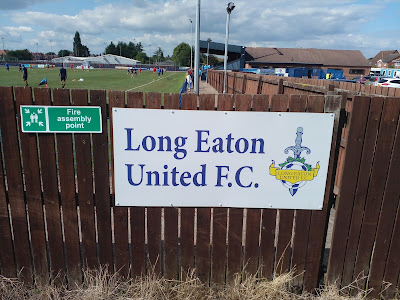 Long Eaton is a town in the Erewash district of Derbyshire, just north of the River Trent in between Derby and Nottingham.  In the Domesday Book it is referred to as Aitone, originally a farming settlement adjacent to the lowest bridging point of the River Erewash. Several meanings are associated with the name, such as "farm between streams" or "low-lying land". 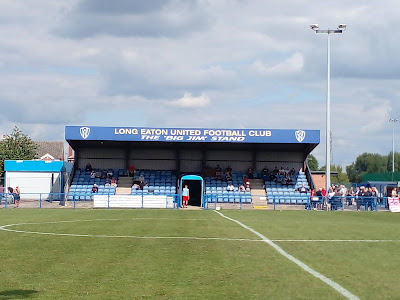 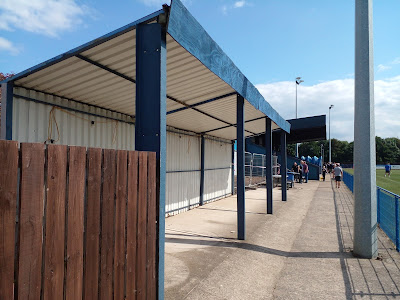 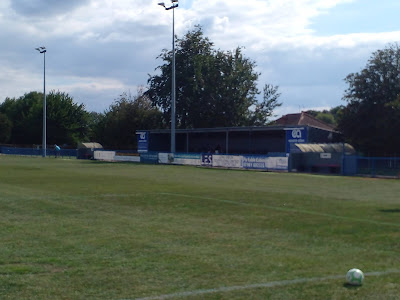 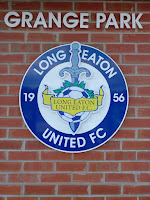 The football club originated from Long Eaton St Helens, who became members of the new Derbyshire Alliance in 1907. The club also played in the Notts & Derbyshire League and the Central Alliance, which they won in the 1912–13 season. They became Long Eaton Town in 1914, and joined the Midland League in 1925, but left after two seasons.

Long Eaton Town were re-established in July 1949 and joined the Central Alliance, taking over the fixtures of Mansfield Town 'A' during the 1949–50 season. In 1956 financial problems led to the club being rebranded as Long Eaton United with a new kit and club directors.

The Blues moved to the United Counties League for the start of this season and have won the Derbyshire Senior Cup twice in 1965 and 1976. 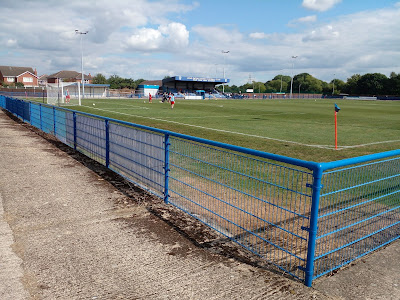 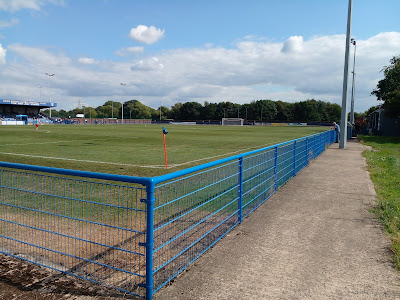 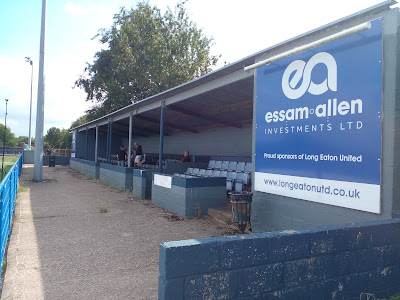 Long Eaton Rangers, Long Eaton St Helens and the re-established club played at the Recreation Ground, before the new club relocating to Grange Park on the other side of the road at the turn of the 1950s.

The old main stand is on the far side, which was redeveloped with seating installed. Floodlights were added in 1998 and a new seated stand, later named the Big Jim Stand. There is also a covered enclosure on the same side. 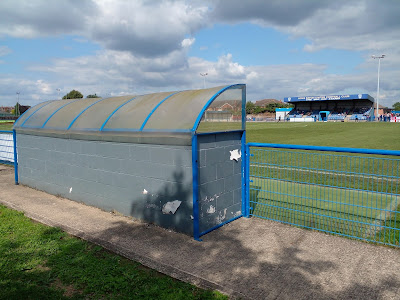 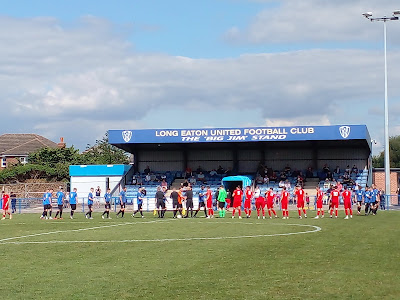 The Blues easily took care of Melton Town, going ahead after 15 minutes when an assist from the goalkeeper set up Alex Marshall to lob home. At the start of the second half Jamie Walker smashed in their second with a half volley and the three points were assured when substitute James Shaw poked in the third. 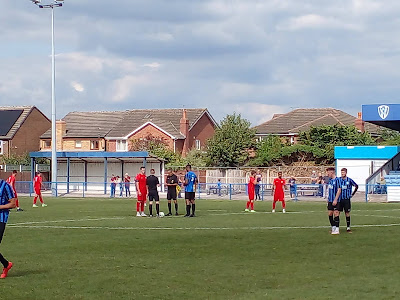 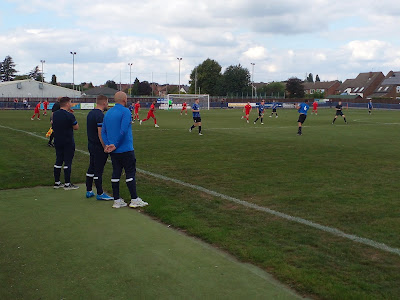 On arrival we met up with Mr Groundhop UK and his good lady wife for lunch at the Eton Farm pub on the outskirts of the town. We had a toby around the town centre, before my only disappointment on this glorious sunshiny day. The only GBG pub in the vicinity was closed, so I had to settle for a bevvy in The New Inn before heading over to the match. Smashing day though. 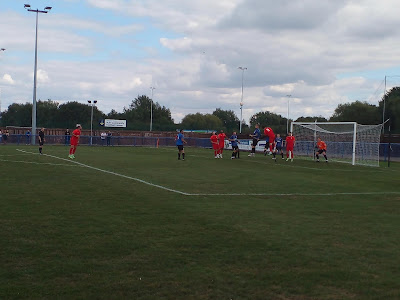 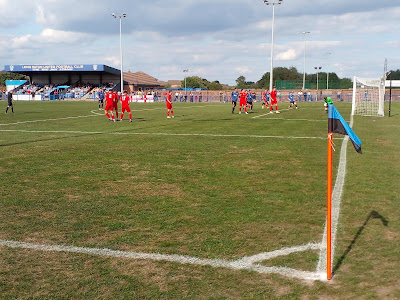