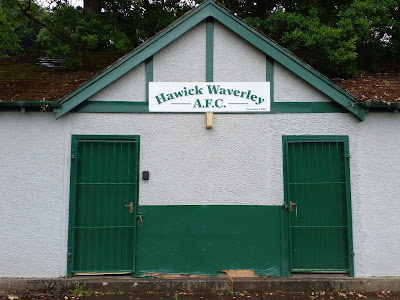 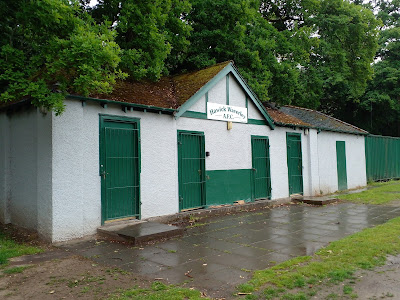 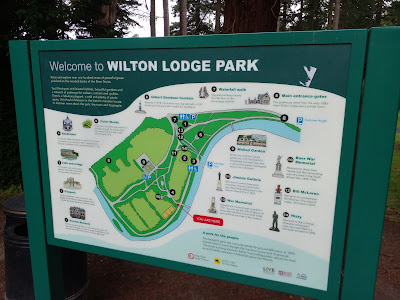 Hawick Waverley formed in 1980 out of The Waverley Bar in the town centre. The club have risen through the ranks to become the best team in the Border Amateurs. They are the current league champions and holders of the Border Cup and Beveridge Cup. 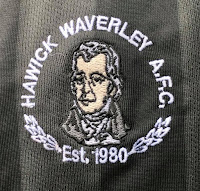 The club is based in the award-winning Wilton Lodge Park, which is one of the most picturesque town parks in Scotland, with its tree lined walks, river, waterfall, formal gardens, museum and walled gardens.The park also has statues of local motorcycle champion Steve Hislop and renowned Scottish Rugby Union commentator Bill McLaren. In the south west of the park are 4 football pitches and 2 rugby grounds. Hawick Waverley have their own changing room pavilion which faces out towards the pitch, but slightly hidden behind the BMX track. 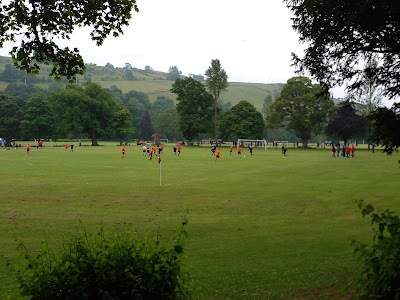 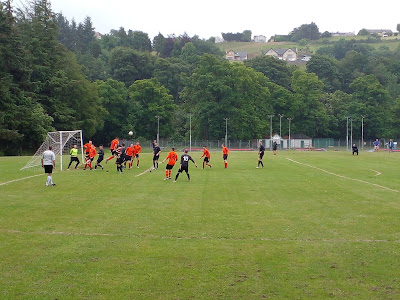 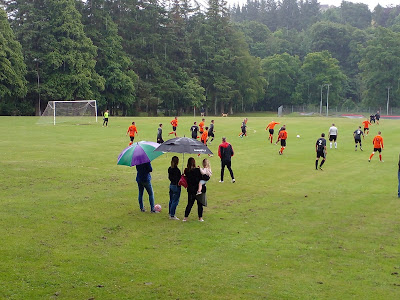 Waverley faced Hawick United, who merged with Hawick Royal Albert in 2019 as a feeder squad to the East of Scotland League Club, but still remain in Division ‘A’ of the Border Amateur League. Hawick United also play at Wilton Lodge Park, but on one of the pitches at the far side. The Heads Together Cup is a competition which supports the mental health charity which is spearheaded by The Royal Foundation of The Duke and Duchess of Cambridge. 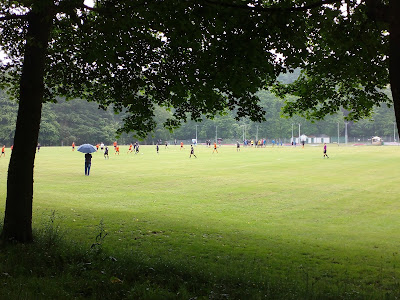 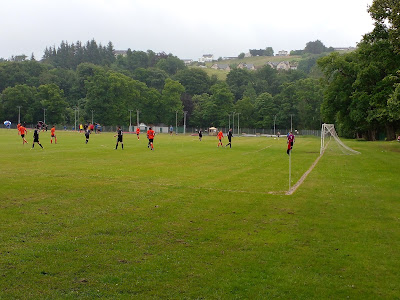 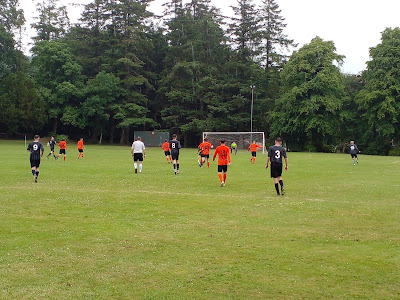 Matthew Linton gave Waverley the lead with their first effort on goal and they were fortunate to double their lead in the 26th minute, when a long range effort from Fraser Duncan went through the ‘keepers arms and legs before rolling over the line.  The home team bossed the second half with Tyrone Yardley connecting with a corner kick to flick in at the near post, before he ran through on goal and finished with confidence to make it 4-0. There was still time for a consolation goal through Jodie Easton, who pulled one back as the consistent rain got heavier and heavier. 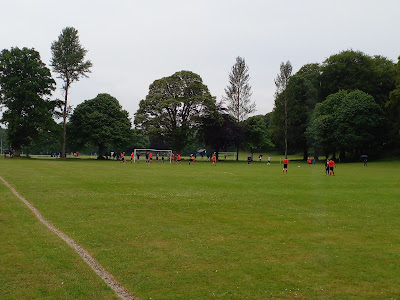 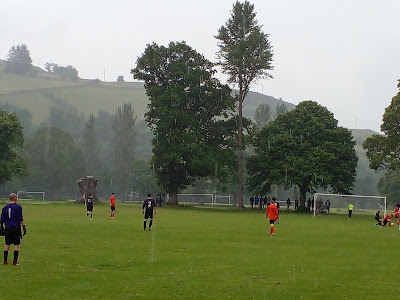 Following the match at Greenlaw we managed to arrive at the ground a few minutes after the scheduled kick off time. We saw the players kicking off so we thought we had missed the opening goal, but it transpired that it was the start of the game, so it looks like they had waited for us to arrive before getting underway. Overall a great day and start to this new football season, two matches, ten goals and a lot of friendly people along the way. Hopefully more of the same over the next (hopefully unbroken) ten months. 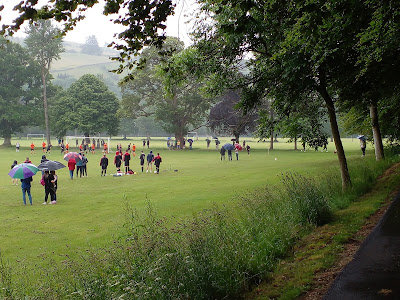 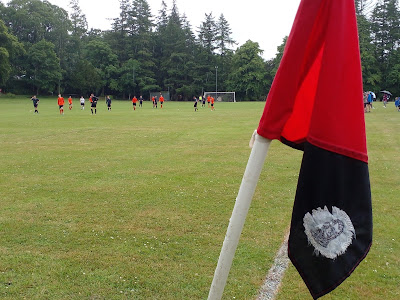