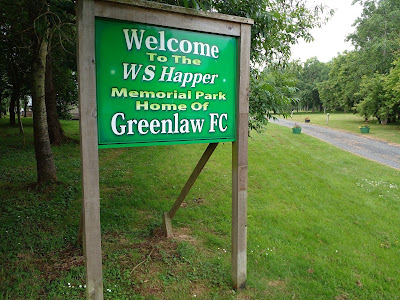 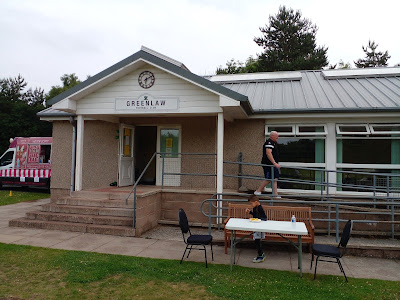 Greenlaw is a town and civil parish in Berwickshire, situated in the foothills of the Lammermuir Hills on the Blackadder Water, between Duns and Coldstream. (population:approx 660) The village was built in the late 17th century and functioned as the county town of Berwickshire from 1569. It shared this title with Duns from 1696 until its neighbour took over in the early 20th century.

Places of historical interest and the oldest structures in the town include the village kirk, built in 1657, and the Mercat Cross built in 1696. The impressive town hall was built in 1831 and reflects the town’s status at the time. In 2006 the building was shortlisted for the BBC television series Restoration Village. 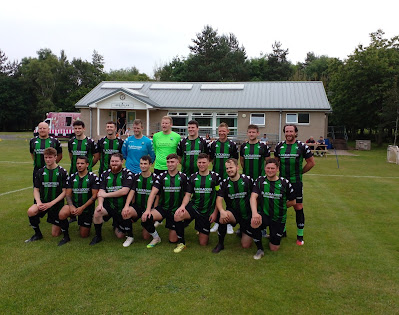 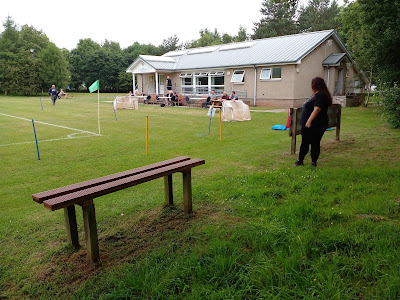 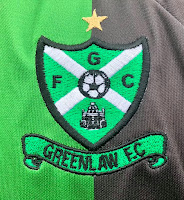 Greenlaw FC are a community Football Club playing in the Border Amateur A Division, with junior teams playing in the Scottish Borders Junior Section.  The club organised a pre-season tournament over this weekend sponsored by Neon Security, with an original plan of four matches over the two days. Unfortunately, Hawick Royal Albert United dropped out on Wednesday and after a plea for a replacement club on Twitter, it was far too late to get another club involved. It was then decided that Greenlaw, Pencaitland AFC and Tollcross Thistle FC would play a round robin league format, with the top team lifting the Neon Law Cup. 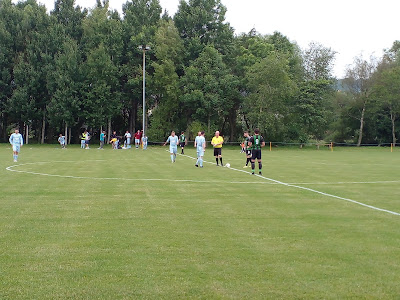 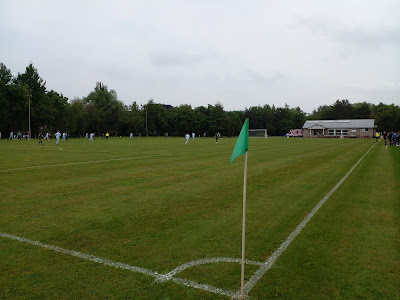 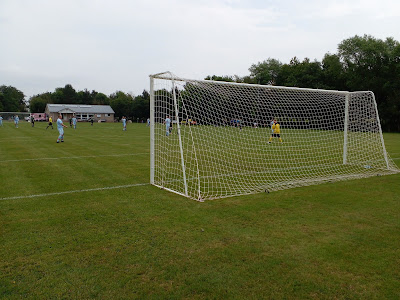 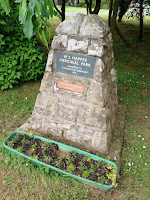 The ground is at the entrance to the town on the A697 which runs through the borders from the A1 north of Morpeth to Oxton, south of Edinburgh. The pitch looked immaculate with the surroundings well maintained. There’s a few bench seats around the pitch and the pavilion has the classic look, with a clock and club name on its facade. 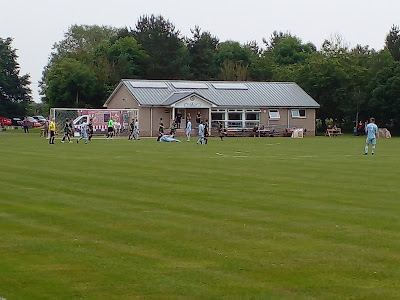 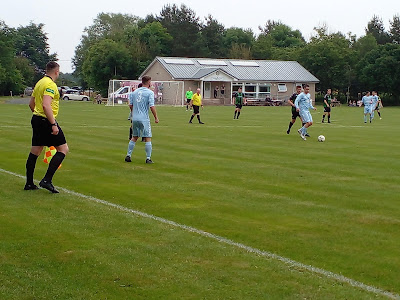 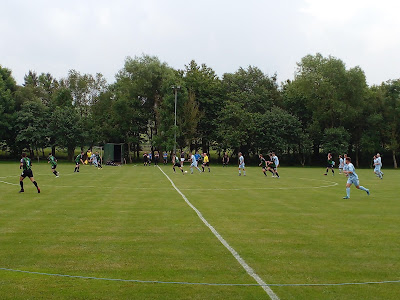 Greenlaw kicked off the first match against Pencaitland in a tight affair until the visitors took control late on. Both full backs Girvan Frost and Andy Patterson scored to put them two goals up, before Abz Osman got on the end of a long ball to fire home the third.  William Smillie pulled one back for the hosts, but Pencaitland soon responded as Keiran Glen made it 1-4 on full time.

Next up for Greenlaw was the tie with Tollcross Thistle, with the visiting team again coming out on top, with a goal in each half securing a 0-2 win.  This set up the final match as the decider and it was Tollcross Thistle who overcame Pencaitland to become the first winners of the Neon Law Cup. The day proved to be a great success and hopefully this will be an annual event for this friendly wee Borders club. 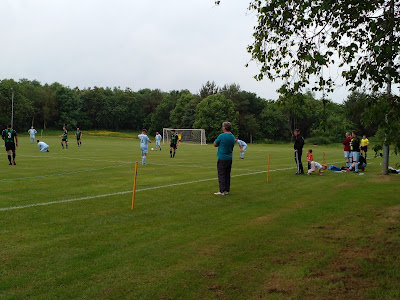 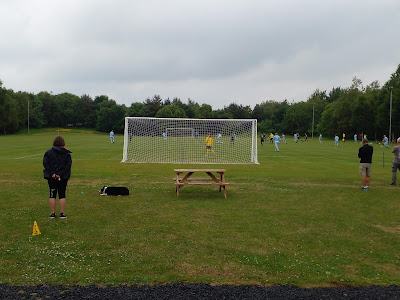 Katie & Lee picked me up just before 10 o’clock, and we arrived fifteen minutes before the first game. As always, there was somebody there who we know, with Malcolm Stephenson coming up from Newcastle, after I told him about the tournament last week. It was also good to catch up with my Dutch Groundhopping acquaintance Joris Van de Wier, who drove down from Edinburgh. Following the first match we headed off for the second part of our Borders double in the neighbouring town of Hawick

on July 04, 2021
Email ThisBlogThis!Share to TwitterShare to FacebookShare to Pinterest
Labels: Greenlaw, Pencaitland