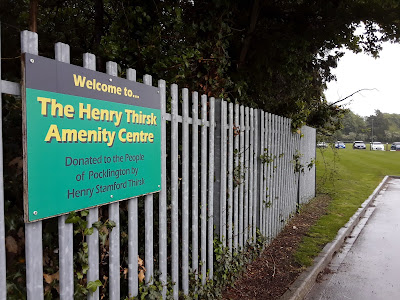 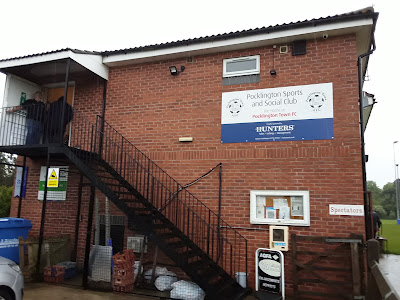 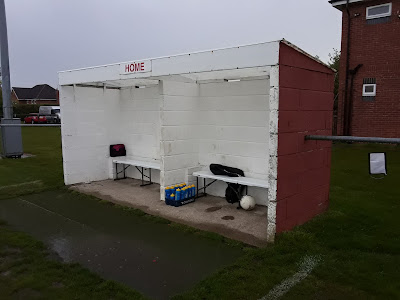 Yorkshire, 12 miles east of York and 22 miles from Hull. The town is bisected by the largely culverted

Pocklington Beck, a small brook that feeds into the Pocklington Canal. The 1086 Domesday Book states

it was the second largest settlement in Yorkshire after York itself. (population over 8,300) 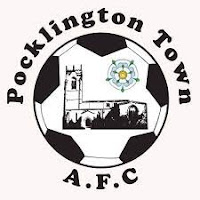 Pocklington Town A.F.C. run four Saturday football teams with the first team competing in the Humber Premier League and the 2nds in the York League Division One. There is also an U19s team and girls' team. The club’s highest honour was in the 2012-13 season, when the 1st team won the Humber League Cup. The 2nds were York Division One champions in 2018-19 after finishing runners-up in the previous three seasons. 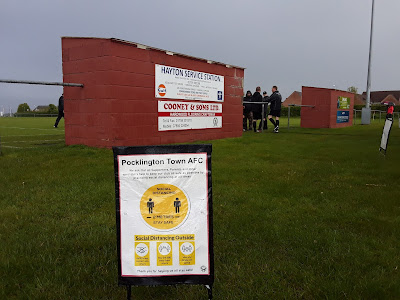 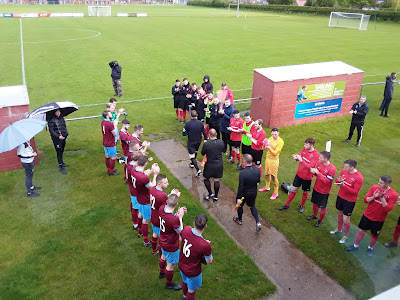 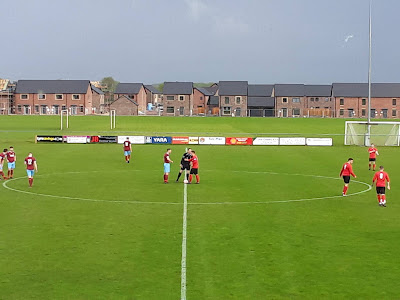 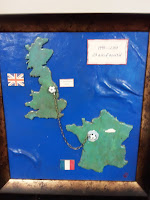 The ground is fully railed, with dugouts and floodlights installed during July 2008, allowing the club to

make progress up the football league pyramid. There is a spacious clubhouse which overviews the pitch.
Pocklington is twinned with the French town of Le Pays de Racan and the bar is decorated with pictures
of the club’s historic youth team visits there. 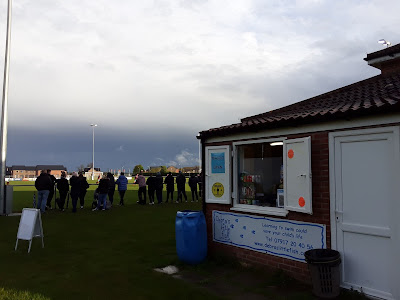 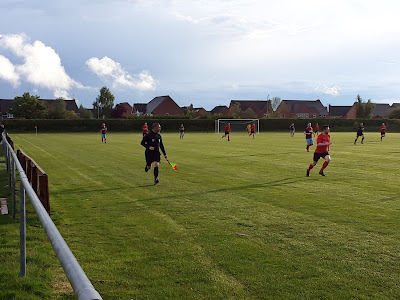 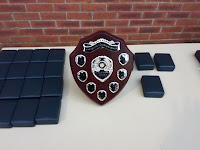 Dringy had one hand on the Shield as early as the 16th minute, when Liam Robertson doubled their lead following George Brown firing them ahead a few minutes earlier.

Pocklington played much better in the second half, but it was the visitors that extended their advantage when a mistake in midfield was finished off by Robertson.

The hosts made the scoreline look more respectable when Carl Brewer grabbed a late consolation goal. 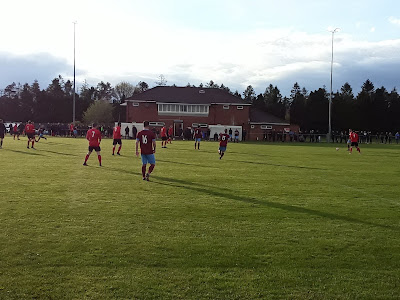 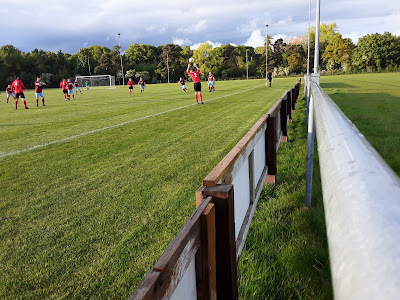 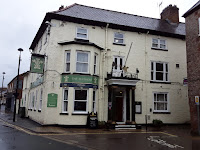 Katie (driving seat) Lee (shotgun) and me lounging at the back.

Departed Katies at 4.30pm - arrived  at 6.30 and managed a swift drink in the Feathers Hotel, but

unfortunately the other GBG pub - the Market Tap was closed. 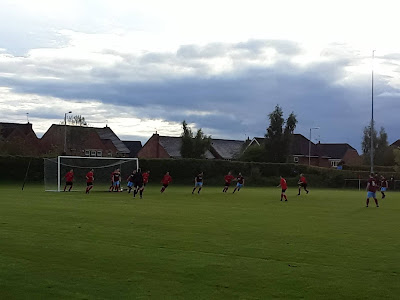 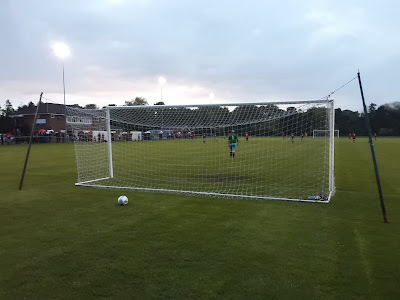 on May 26, 2021
Email ThisBlogThis!Share to TwitterShare to FacebookShare to Pinterest
Labels: Dringhouses, Pocklington Town