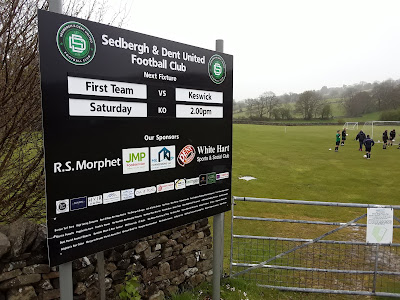 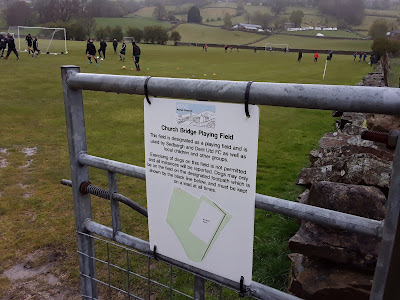 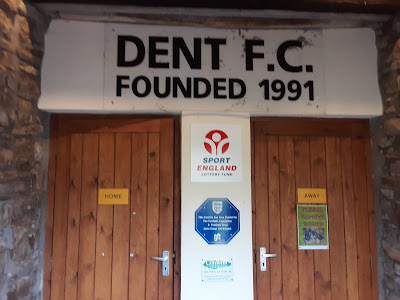 Sedbergh & Dent United formed in 2019 following the merger of Sedbergh Wanderers and Dent FC. The club have two teams in the Westmorland League and are currently playing their home matches in Dent, pending their relocation 4 miles north-west to Sedbergh. 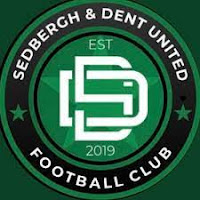 Dent is a village in and civil parish in Cumbria, well known for its delightful cobbled streets.  Dentdale is a narrow valley on the western slopes of the Pennines within the Yorkshire Dales National Park, which is possibly the finest of the Cumbrian Dales.  It is a farming community, with scattered homesteads, each sharing the fell and valley floor, due much to the settlement designs of the Vikings, who arrived in the 10th century. (population:about 800 including Middleton) 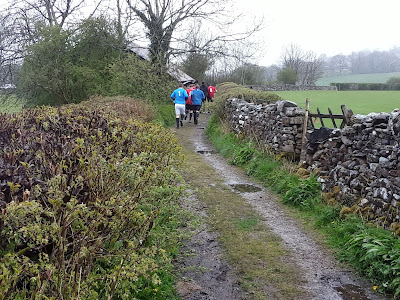 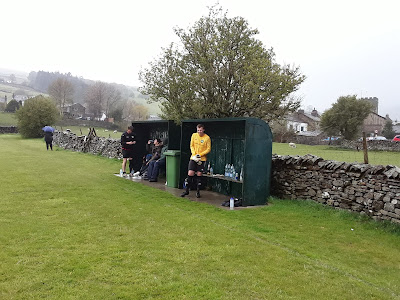 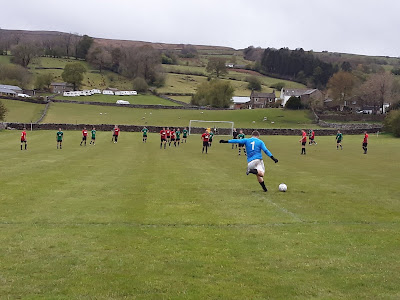 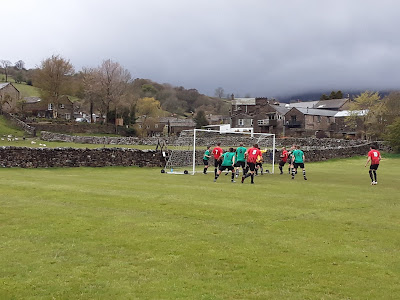 The ground is at the end of the village in a prime spot to show its picturesque backdrop. There's dugouts

on one side with the changing rooms a bit of a walk away, situated across the road along a narrow 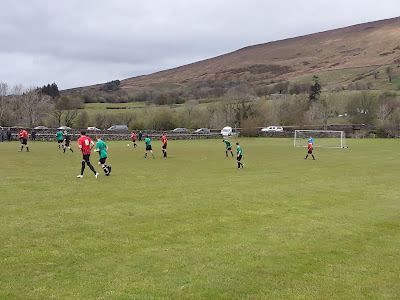 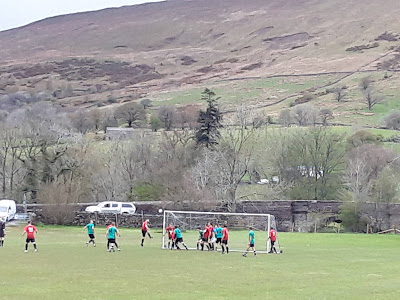 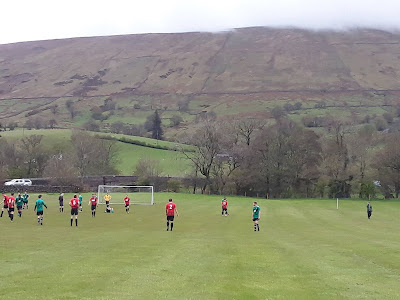 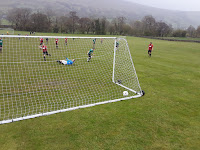 United booked their spot in the third round of the Senior Cup with an extra time winner. They took an

early advantage through Jay Ferguson,  but Keswick took the lead following a header from Andrew

Frampton before Lewis Cumber fired them ahead. It was all square at half time when a right wing free

kick from Ferguson floated over everyone and hit the back of the net. The visitors looked to have won it

when Tom Thexton turned in a left wing cross into his own net, but with five minutes left, Andrew

Burrow found space in the box to fire in and make it 3-3.

After an entertaining ninety minutes the tie was decided just before the break in extra time, with a

cracking 20 yard effort from Ferguson, to complete his hat-trick and settle the tie. 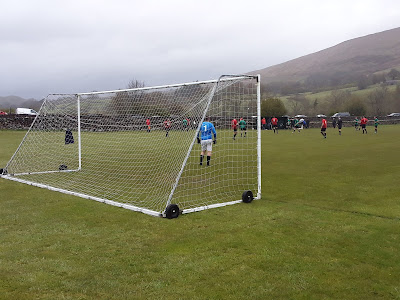 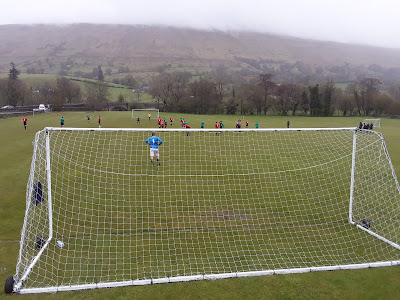 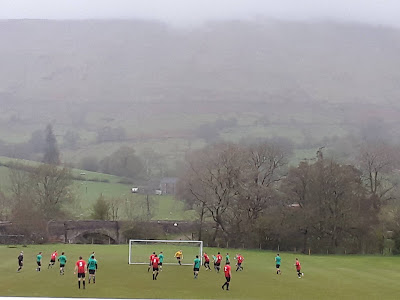 Departure: 0745: Drove to Houghton-le-Spring to meet

Stopped off at Mainsgill Farm, Kirkby Stephen and Sedbergh.

Travelling along the A66 through the piss-istent rain, sleat and snow I was expecting the match to be off,until receiving great news that the pitch had passed a 10.30am inspection. We arrived at 1230, then

picked up Dave Phillipson at the rail station, who had travelled over from Hull. It was good to catch up

with Dave again, but sad not to see him with his old mucker Phil Grayson. Sadly, Phil passed away

earlier this year and he'll be a huge miss. The Hull Hoppers had travelled to over 1,500 grounds together

throughout their life long friendship, so to see Dave without his best friend is very sad. However, Dave is

getting out and about ticking off grounds again, so we'll be seeing a lot more of him in the future.

Also in attendance was Laurence & Robyn Reade who had travelled up from Oxford, with Chris Garner,

who they picked up in Milton Keynes. Lauro absolutely loved this ground and thoroughly enjoyed the

match, so the long trip was well worth it.

Despite the awful weather we had a cracking day out, the rain was good enough to finally stopped just

after the match kicked off, so the weather didn't put a dent in our visit to Dent. 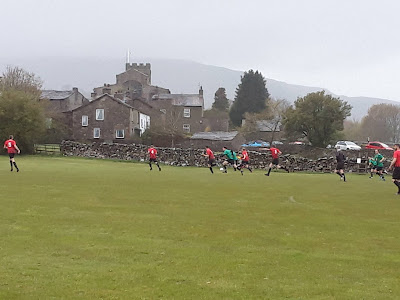 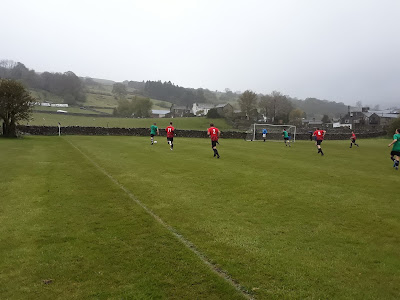 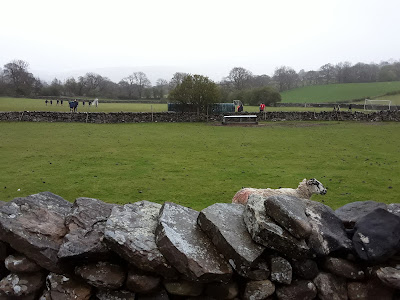