I visited Stobswood Welfare last week, which was featured in my first blog post of the season. I followed up those opening games, with another two Northern Alliance grounds at the end of last week. 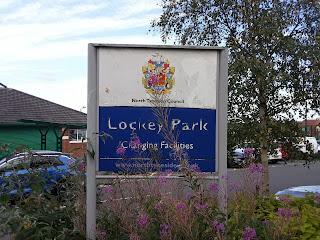 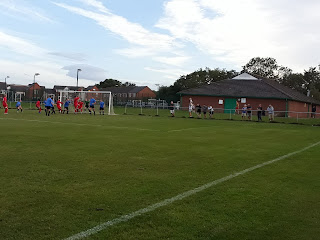 Wideopen is a village just to the north of Gosforth in North Tyneside. The village is present on an 1860s Ordnance Survey map as 'Wide Open' but nowadays it’s written as one word, although the road signs on the A1 and the outskirts of the village still have it as two.

Wideopen & District FC joined the Northern Alliance in 2007 and this will be their fourteenth consecutive season in Division Two. The club play at Lockey Park, which is a large stretch of parkland with a 3G court and two football pitches, with the main one fully railed in front of the changing room block.
Wideopen faced Northern Alliance Division One side Forest Hall, who found the home defence wide open as Chris Mason fired them into a second minute lead. The hosts improved as the first half progressed and drew level through Jack Desmond just before half time. The game remained pretty even until Mitch Thomas regained the lead for the visitors in the 52nd minute and they took full control, with a third from Brandyn Ford and Mitchell grabbing his second to make it 4-1 to the Hall. 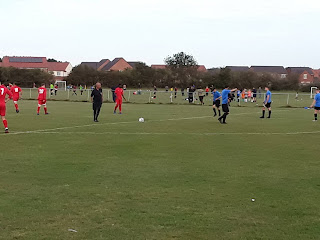 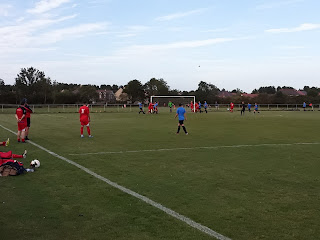 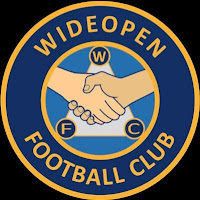 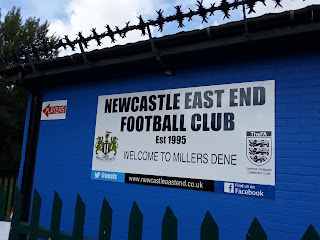 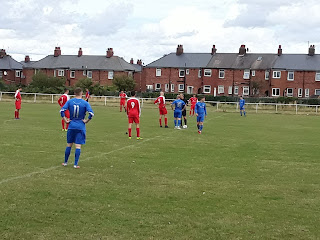 I visited Newcastle East End at the Swan Recreation Ground at the start of the 2018-19,in a season which ended in relegation to Division Two. The senior team now play home matches at Millers Dene, which is just off the Fossway in Walker. The ground has the changing rooms and the Snack Shack in the car park with a fully fenced off pitch behind the building.
An entertaining friendly against Rothbury saw the teams share six goals. East End took the lead in the 5th minute with a Lewis Laidlaw penalty, but the visitors replied when Gareth Rickarby fired home from a right wing cross. Lewis grabbed his second in the 35th minute before Rothbury hit back before half time, with a Tony Brown chip, then James Loughborough was on hand to make it 2-3
Just after the hour mark Rothbury could have extended their lead, but Brown’s penalty kick smacked off the crossbar. An injured player meant the Reds were down to ten men for the last fifteen minutes and the home team took advantage, with Laidlaw finally grabbing his hat-trick to make it 3-3. 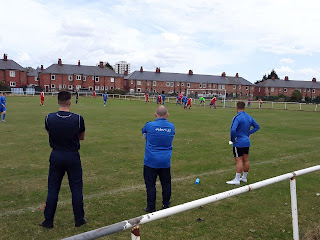 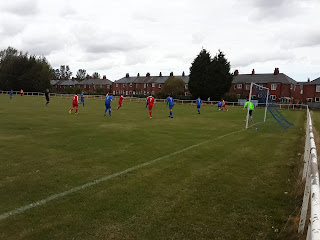 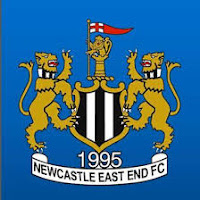