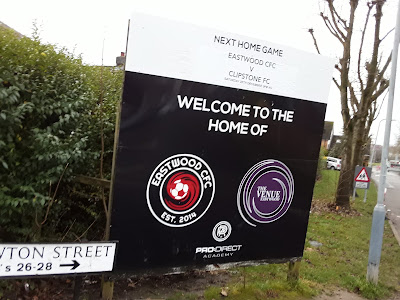 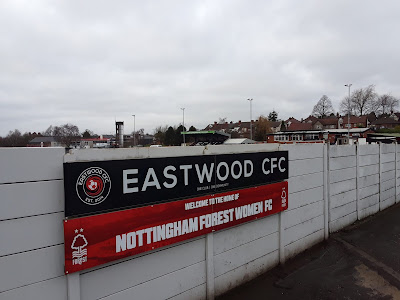 Eastwood is a former coal mining town in the Broxtowe district of Nottinghamshire, on the county border with Derbyshire. (population almost 19,000)

The town developed during the Industrial Revolution and is the birthplace of the Midland Railway, plus writer and poet D. H. Lawrence, who was born in Eastwood in 1885. The local area is mentioned in many of his novels, especially in The White Peacock, set amongst the backdrop of industrial Nottinghamshire. There were ten collieries within walking distance of Lawrence's home, with the majority of the local male population working down the pits. His birthplace still stands and is now a visitors museum at 8a Victoria Street, his first of four family homes in Eastwood. 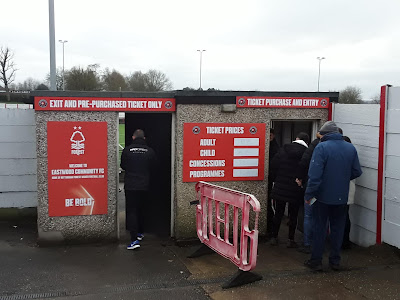 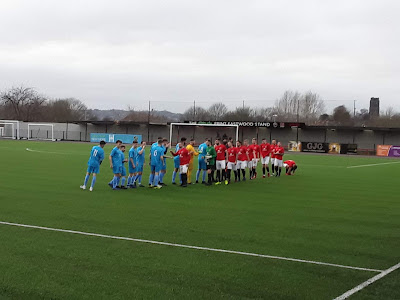 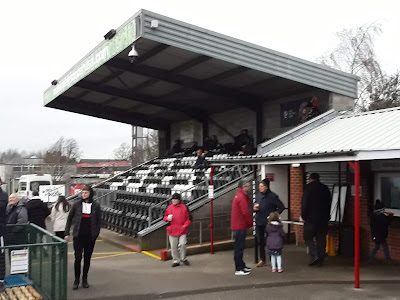 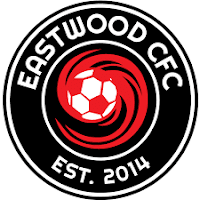 Eastwood Community FC formed in 2014, following the demise of Eastwood Town. The Badgers were founded in 1955 and reached as high as Conference North level, after winning the Northern Premier League in 2008-09. After a 4th place finish in their debut season at Step 2, they were unable to compete in the play-offs due to ground grading issues. This resulted in the owners put the club up for sale. Eastwood Town were issued with a winding up petition over an unpaid tax bill of £168,000 in November 2013, with the council banning the club from using Coronation Park. After postponing five consecutive home games, they resigned from the Northern Premier League in February 2014. 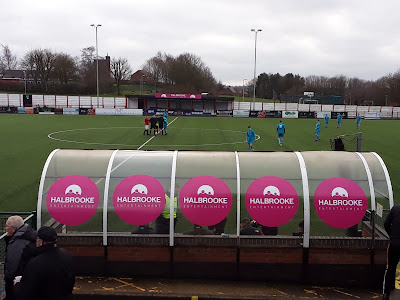 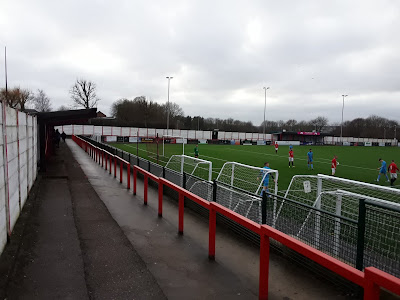 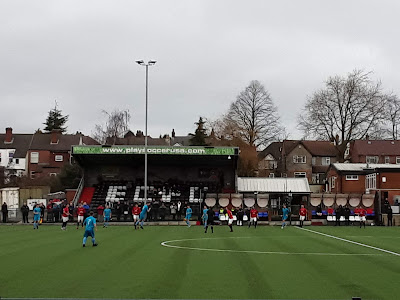 The Main Stand is a single tier structure with black flip seats with ECFC picked out in white. On the same side is the clubhouse, media room, snack bar and team dugouts. There is covered standing behind both goals, one with terracing. On the far side is another covered stand sitting in the middle of hard standing, with additional build up terracing. 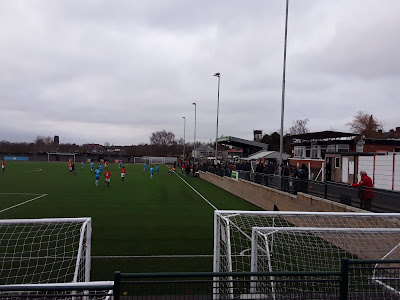 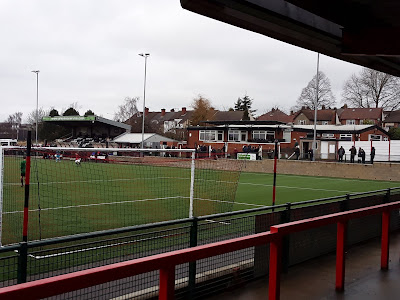 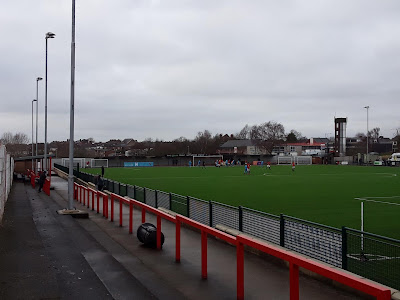 After a lacklustre first half, with just a Paddy Webb goal giving the home side a slender lead, the Red Badgers came out in the second half and battered the visitors.
Kieran Knight connected with a right wing cross to start the onslaught five minutes from the restart, then he twice teed up his strike partner Webb to complete his hat-trick. Knight also assisted with the fifth, to set up a tidy finish from substitute Wayde Hines. The man of the match dribbled his way into the box to score his second of the afternoon and make it 6-0 at full time. 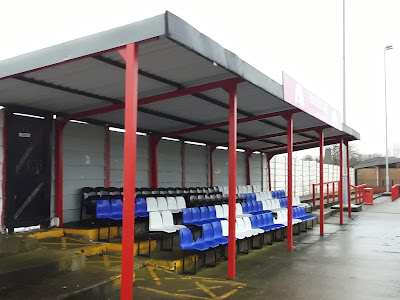 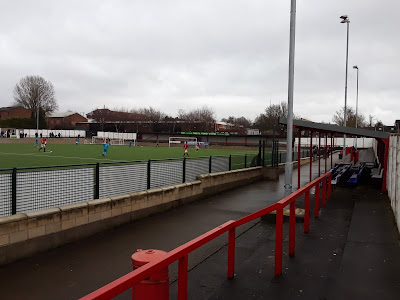 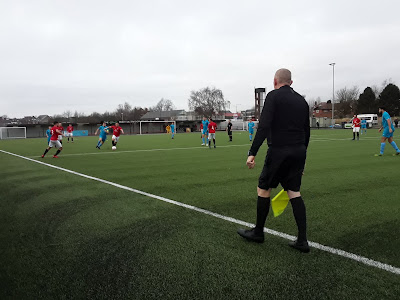 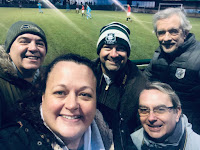 Travelled with Lee & Katie, departing from NECGC Towers at 11.45am. 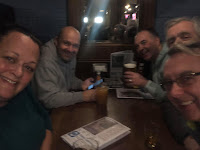 We arrived at Coronation Park at 2.30, so just enough time to nip around the corner to the Tap & Growler - the 126th (and probably the last) new GBG pub I've ticked off throughout 2019. The Whisky drinking Hull Hoppers - Dave and Phil were already in there, so I joined them for a drink before walking back to the ground.
After the game the five of us called to the local JDW - The Lady Chatterley for a farewell drink before heading back home, after ticking off a great ground and a big home win to finish off the decade.
on December 29, 2019
Email ThisBlogThis!Share to TwitterShare to FacebookShare to Pinterest
Labels: Clipstone, Eastwood Community