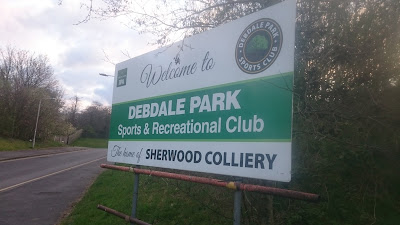 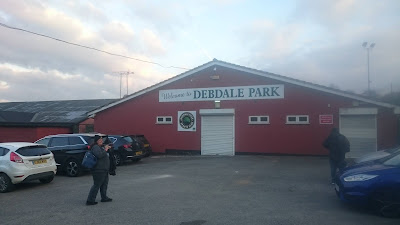 Sherwood Colliery FC are based in Mansfield Woodhouse in Nottinghamshire. The large village is situated just over one mile north of Mansfield town centre, between the rivers Maun and Meden.(population over 18,500) 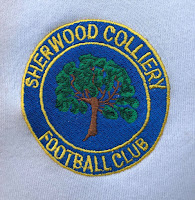 The Sherwood Colliery was on the edge of the village and closed in the early 1990s after 90 years of production. During the UK miners' strike between 1984 and ‘85, some miners continued working, a decision made with members and officials as part of the Union of Democratic Mineworkers, a breakaway from the National Union of Mineworkers.
The works football team played in the FA Cup during the late 1940s and early ‘50s with the current club formed in 2008.
Central Midland League - North 2012-2015
Central Midlands League - South 2015-2018
Runners-up 2017-18
Joined East Midlands Counties FL at the start of this season 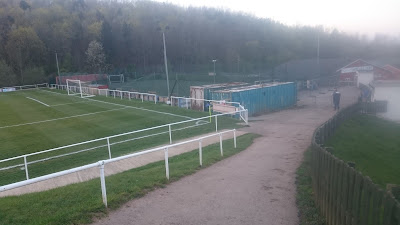 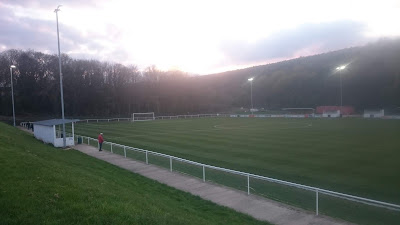 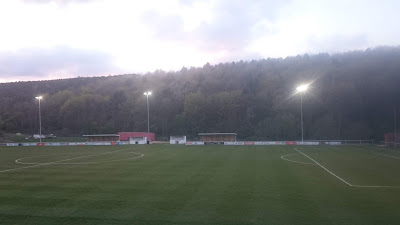 There’s an impressive clubhouse which faces onto the cricket pitch, which was showing both Champions League fixtures on the big screens. The football pitch has a covered enclosure on one side with a bench seat inside. Opposite there's two enclosures either side of the dugouts, each stand having three rows of wooden benches. There's hard standing on three sides with the popular viewing point being on one side at the top of the hill, next to the second pitch. 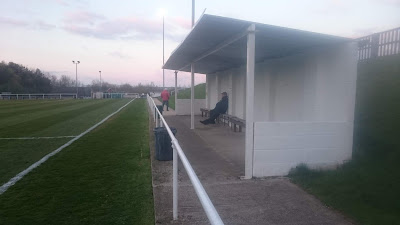 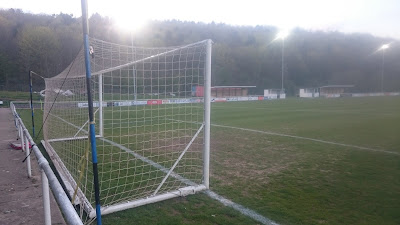 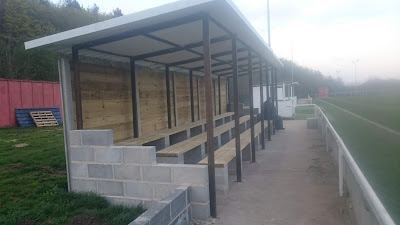 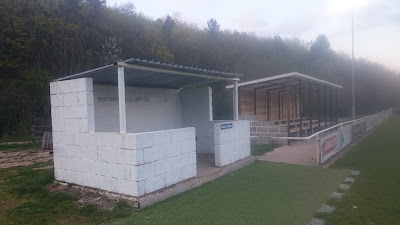 EMCL Premier Division matchday 34
7.45pm ko
Att.50
The Wood looked in total control after a left foot drive from Lewis Weaver and a bullet header from Keiran Wells put them two up after 34 minutes.
Just before the interval Liam Donaghy fired in a left wing cross and the visitors carried on that momentum into the second half. Ashby had chances to equalise as well as the home team, with both ‘keepers making good saves in a match which could have gone either way. 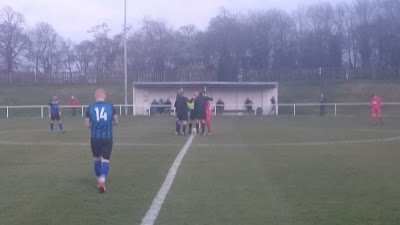 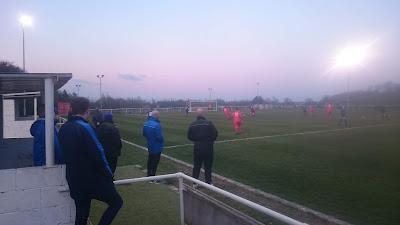 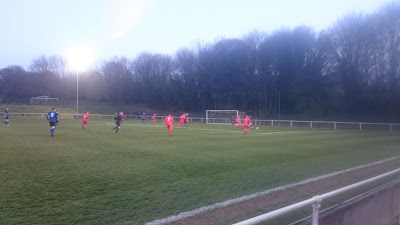 I took up the driving duties with Lee riding shotgun and Katie in the “nanna nap” seats.

I picked them up at 4.20pm, arrived at The Greyhound pub in the village at 6.45pm for a quick drink before the match. The pub car park and bar lounge was already full as the locals were gathering for a night of bingo, which is Katie’s second favourite sport, but she was unable to participate because of the football.


The roads were quiet on the journey home, so after dropping off my travel companions I finally rolled into my bed at thirty minutes after midnight. 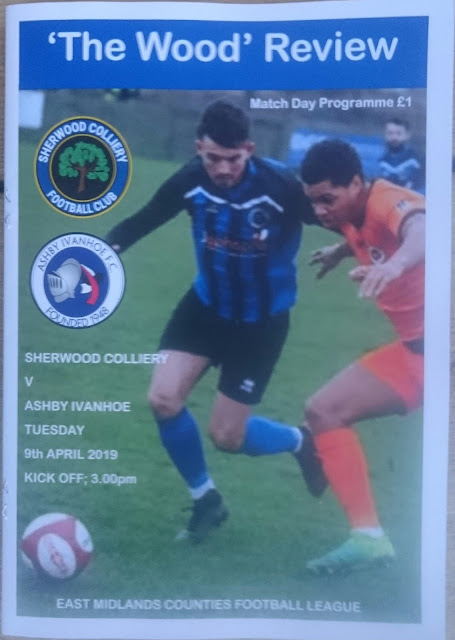 I was at this game after refusing to pay a £5 car parking charge at Mansfield Town for the Notts Senior Cup final. Thought it was an entertaining contest. Kieran Wells, who played up front for Sherwood while wearing 14, is on dual reg with Hednesford Town.