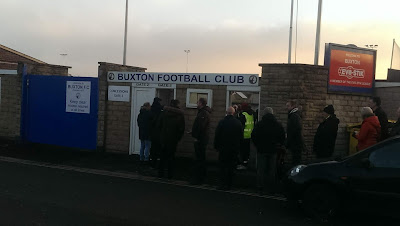 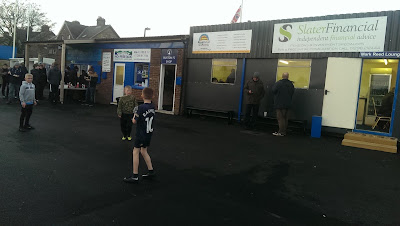 Buxton is a spa town in Derbyshire, described as “the gateway to the Peak District National Park" It is the highest elevated market town in England, about 1,000 feet above sea level. (population over 22,000) 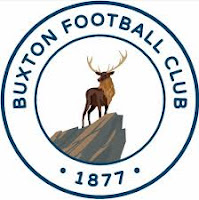 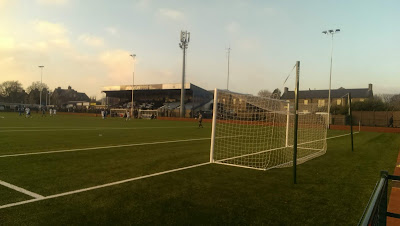 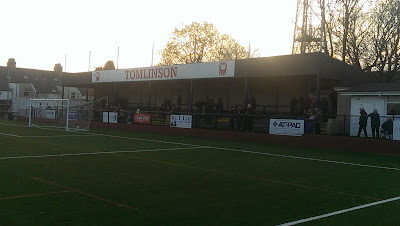 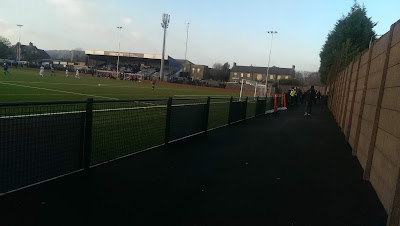 Buxton,
Derbyshire
SK17 6QH
Current NPL grounds visited - 33/62
Capacity 5,200 (490 seats)
Record attendance: 6,000 vs Barrow, FA Cup first round, 1962
Buxton originally shared with the cricket club, then on to Cote Lane, London Road and Green Lane before moving to the Silverlands, the highest ground in the country in 1884.
First match - 1st November 2-0 win v Bakewell in the Derbyshire Cup.
All the amenities are in the corner next to the turnstile entrance, including a fair sized lounge bar. The classic style main stand was built in 1965, which houses the dressing rooms. The original seats were later replaced with sky blue ones from Maine Road. The opposite side is fully covered with a shallow terrace and includes a couple of dozen seats at one end.  There is a spacious covered terrace behind the top goal with the bottom end left open. 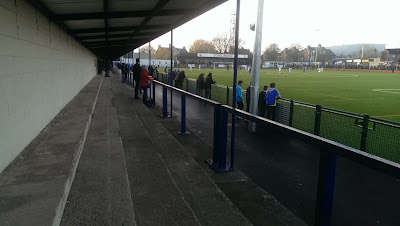 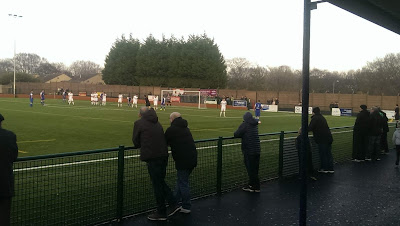 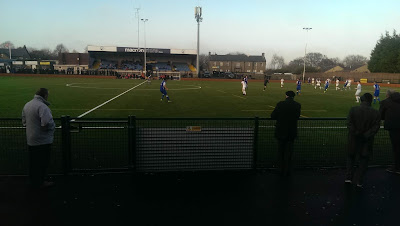 Evo-Stick Premier League matchday 17v14
3pm ko
Att.427
The Bucks just didn't turn up for this game, going behind after 20 minutes, when a shot from outside the box was helped on its way by William Jones from close range. Just before half time, James Foley converted a penalty to put Witton 2-0 ahead and well on their way to bagging the points.
The visitors bossed the second half with Foley grabbing his second, before a skillful run and shot from Daniel McKenna made it four on 71 minutes. A miserable afternoon for Buxton was summed up in injury time when Joshua Meade slammed the ball into his own net to make it 5-0 to Albion.
Matchday Stats and Spondoolicks
BFC 0
WAFC 5 (Jones 20 Foley 43pen 63 McKenna 71 Meade OG 90+1)
Entertainment 6/10
Admission £10
Programme £2
Pin badge £3.50
Coffee £1 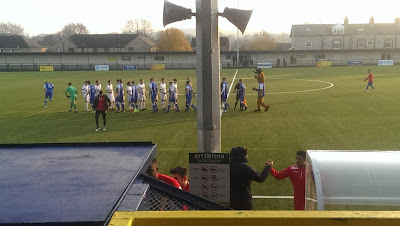 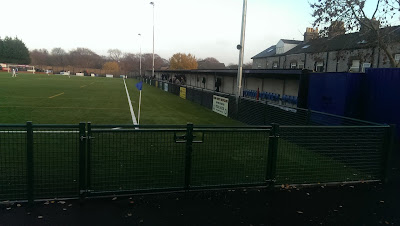 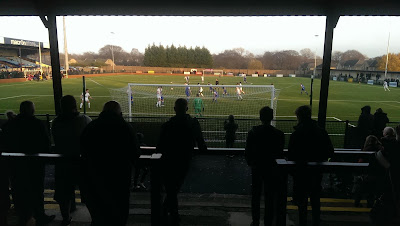 150 miles door-to-door
This visit to Buxton was another one of our UK ale trail weekends. We spent Friday in Halifax, then headed onward to Buxton on Saturday morning, taking the scenic route through the Peak District to arrive at our hotel at noon. The pubs were supped in were…  WyeBridge House, Railway @Buxton, Cheshire Cheese, Old Sun Inn, Ale Stop, 53 Degrees North, Old Hall Hotel, Buxton Tap House, before finishing a good night out in the Red Willow.
Back hyem at 2pm on Sunday
#Fabulousground #onthelash #NoSleepTilBuxton 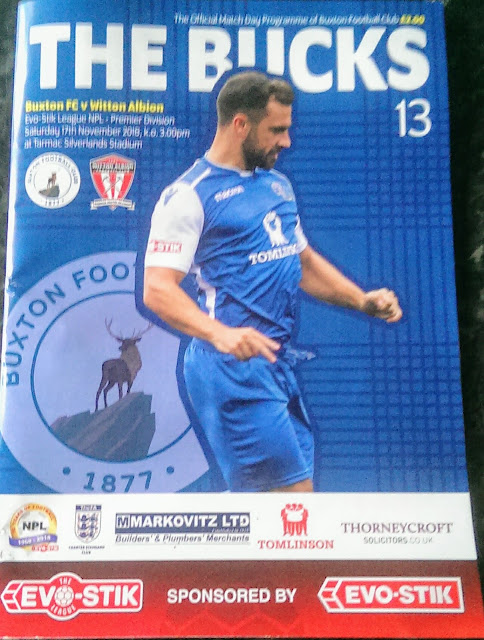