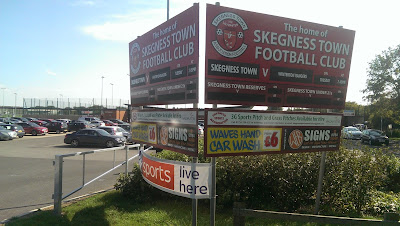 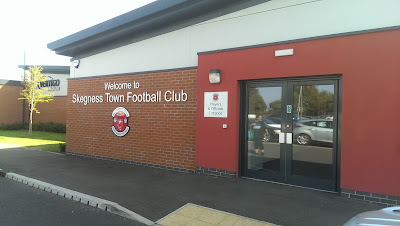 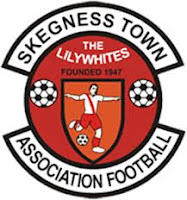 We visited Skegness Town for one of the last matches at Burgh Road before their move to Wainfleet Road in 2016, which you can read about here (including a potted history of the Lilywhites) The club went on to win the Lincolnshire League that season and followed up with a seventh title in 2016-17 seasons. On the 25th May 2018 it was announced that Skegness Town would be promoted to the Northern Counties East Football League Division One, after an absence of 36 years. 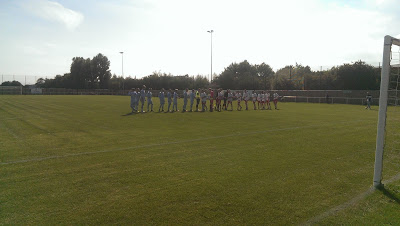 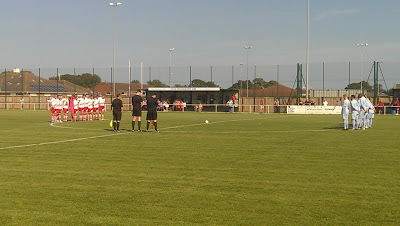 The Burgh Road ground has now been demolished and replaced with a small shopping centre. The new ground named Vertigo Stadium after the club's sponsors, was completed in mid 2017 in preparation for the start of the 2017-18 season. The stadium was officially opened on the 21st July by Mayor Danny Brookes before a friendly against a Lincoln City XI, which ended with a 3-1 win for the hosts. 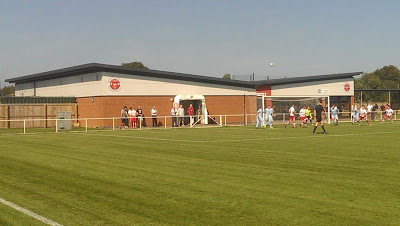 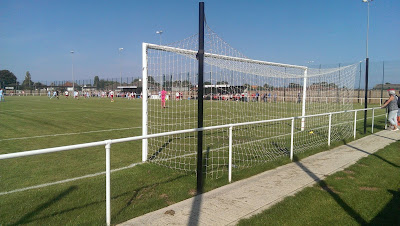 The stadium amenities are at the entrance behind the goal. The building proudly displays the club crest and has changing rooms, refreshment kiosk and the Vertigo Lounge bar. There is two basic stands on one side which are split with seats and standing, with the dugouts on the opposite side. The rest of the ground is open with hard standing. The local car wash has followed the football team to its new surroundings, working next to the turnstile entrance just as it was at the old place. 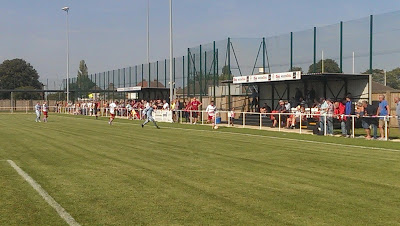 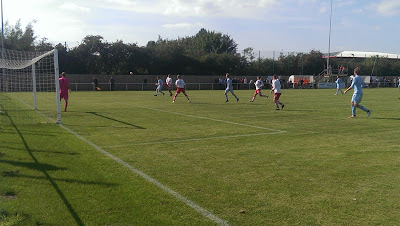 Skegness Town v Clay Cross Town
NCEL Div.1(18th) v CML North(1st)
FA Vase 1st qualifying round
3pm ko
Every time I’ve visited Skegness there’s always been glorious weather, and a decent crowd enjoyed a thrilling cup tie in the baking sun.  Clay Cross put a dark cloud over proceedings, taking the lead on 34 minutes when a ball in from the right picked out Calum Lytham to stroke the ball home. The Lillywhites responded quickly with a superb 20 yard effort from Jordan Smith, which flashed past the keeper and into the far corner of the net, to leave the match finely poised at the break.
I was expecting a tight encounter in the second half, but the home team took full command of the tie. Smith fired in his second on 55 minutes, before Will Britton cut in from the left, went past a couple of defenders and gave the goalie no chance with an accurate drive minutes later.


Skeggy rattled the crossbar a few times, but the tie was settled when the ball was laid on for Britton to bang in his second and book their place in the 2nd qualifying round of the Vase.
Matchday Stats and Spondoolicks
STAFC 4 (Smith 42,55 Britton 59,72)
CCTFC 1 (Lytham 34)
Att.158
Admission £5
Programme: sold out
Pin badge £3 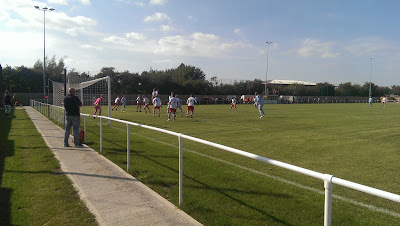 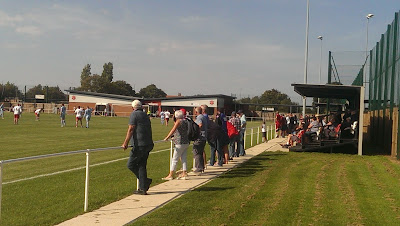 #HeedHopper
Once we hit the A1 we changed our plans, deciding to stop off in Louth instead of driving straight to Skegness. It was a good decision, as there was an uncharted Wetherspoon’s to be had, as well as some GBG pubs and a cracking second hand record shop. We would have liked to spend more time there (another pit-stop in the future hopefully) but we had to be back on the road by 2.15, to get to the game for kick off. We enjoyed the match and the occasion, it was good to see some familiar friendly faces we know in the crowd and some familiar faces I wouldn't want to know.


Katie and Lee dropped me back home at Gallowgate View by 8.30pm, after another enjoyable day for the Far North Groundhopping contingent. 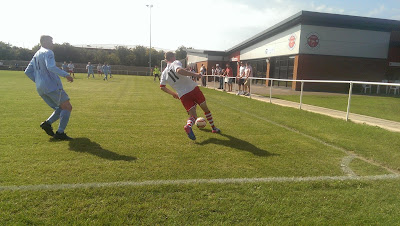 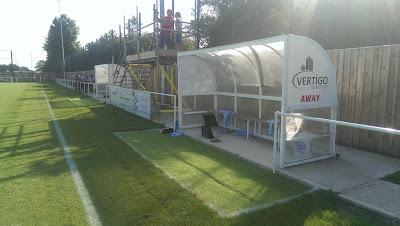