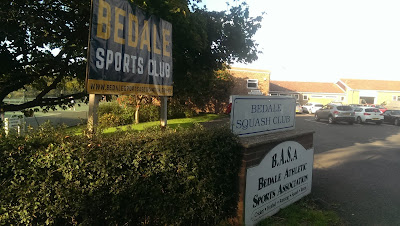 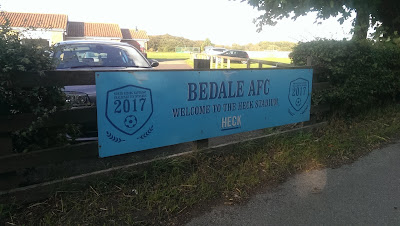 Bedale is a market town and civil parish in the district of Hambleton in North Yorkshire.(population over 3,000) It was originally in Richmondshire and listed in the Domesday Book as part of Catterick wapentake. The town has a few historic buildings, including the unique 18th century Leech House, used as an apothecary's store for leeches, an underground food preserving ice house and the 14th century Grade I listed market cross. The Stevie Charlton recommended Thorp Perrow Arboretum attraction lies nearby, as do the villages of Burneston, Burrill, Cowling, Firby and Exelby. 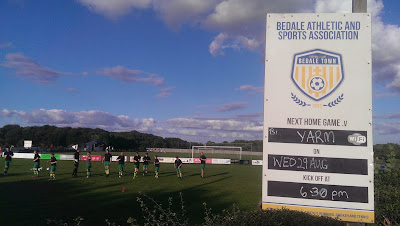 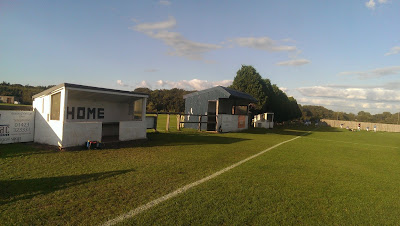 Bedale AFC originally formed in 1933 playing on the grounds of the Beresford Pierse family home at Bedale Park. The club moved to Bedale Sports Club on Leyburn Road in the early 1970’s, which also caters for tennis, squash and cricket. Thanks to additional funding from the Football Foundation, facilities at BASA have been upgraded with the extension of both changing rooms with a separate dressing room added for match officials, as well as facilities for disabled players and spectators.

The football pitch is fully fenced off on all sides and has a small covered stand on the half way line which has a built in bench and standing room at the front, with one dugouts at each side of the stand. The football ground is now known as the Heck Stadium, as part of their partnership with the North Yorkshire food firm. 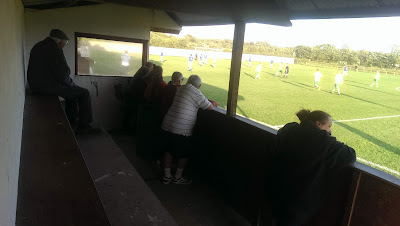 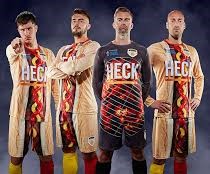 Bedale came to worldwide attention following the launch of a new strip as part of the sponsorship deal. Last season the club wore a shirt with a sausage covered design, but this season they’ve outdone themselves with a jersey featuring a large hot dog in a bun with a double helix of ketchup and mustard. The numbers on the back of their shirts are made out of sausage shapes and sit below the slogan 'You'll Never Pork Alone' The new shirts also features the Prostate Cancer logo, as the club carry out regular charity work for ‘Team Garbyan’ an online fundraising page set up following the death of their friend Steve Garbett from prostate cancer in 2014. So far they’ve raised over £144,000 for Prostate Cancer UK, with 25% of online shirt sales going to the charity. 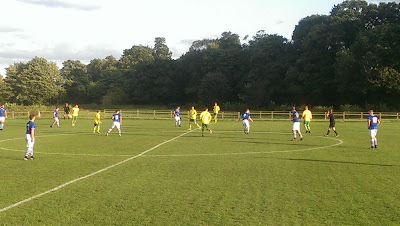 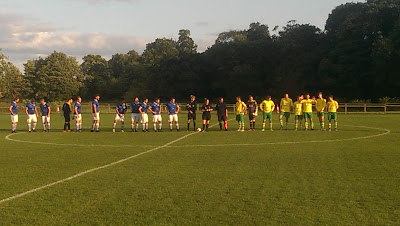 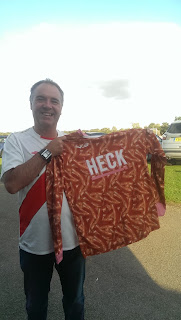 Bedale is a leisurely one hour drive down the A1. I picked up Lee & Katie on route and arrived at the ground to be greeted by Facebook legend John McClure, who had travelled up from York for the game with his better half Hilary. We were a bit disappointed to find out that the home team were wearing their traditional yellow and green colours instead of the hot dog kit, but I did get a picture of last season’s sausage job, the shirt they adorned last season when they were North Riding Division One champions.
Bedale(7th) v Yarm & Eaglescliffe(4th)
North Riding Premier League Matchday ⅚
6.30pm ko
The away team claimed the points with a goal in each half. After a tight opening period Yarm made the breakthrough just before the break when a right wing corner kick was met by the head of Michael Mackin.
Bedale played well in the second half and worked hard in search of an equaliser, but the more experienced away side wrapped up the points late on, when a sweet right wing cross was headed home by Micheal’s brother Sean. 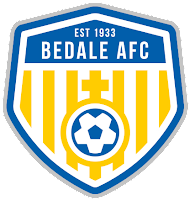 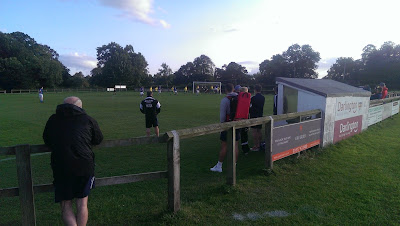 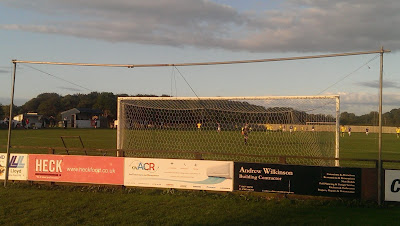