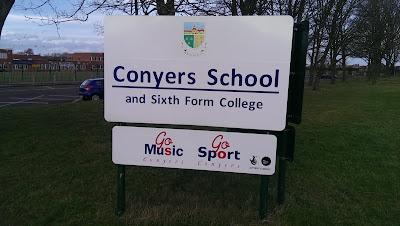 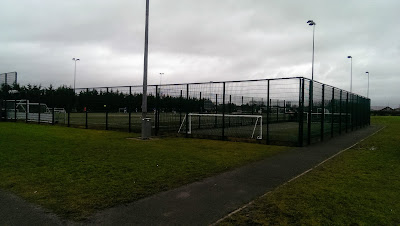 Yarm and Eaglescliffe are small towns in North Yorkshire on the banks of the River Tees. Yarm is on the south bank, the name deriving from the Old English  - gearum or yair - which translates as a 'pool for catching fish'. Yarm was first mentioned in the Domesday Book of 1086, originally a chapelry in the Kirklevington parish and historically part of the North Riding of Yorkshire.


The name of Eaglescliffe is believed to be derived from a misspelling of the name of the nearby village of Egglescliffe, the common myth being that in the Victorian times, the sign for the new railway station turned up incorrect after the signwriter thought that Egglescliffe was a mistake and altered it. The stone bridge which divided the two towns, marked the furthest reach of tidal flow up the River Tees until the opening of the Tees Barrage in 1995, which now regulates river flow above Stockton. As the last bridge on the river before the sea, it was succeeded by a new toll bridge opened in Stockton in 1771. The oldest part of Yarm is situated in a loop of the river, and the newer parts of the town extend to the point where the River Leven meets the River Tees. 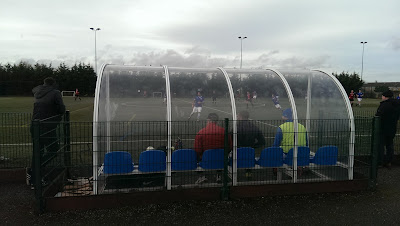 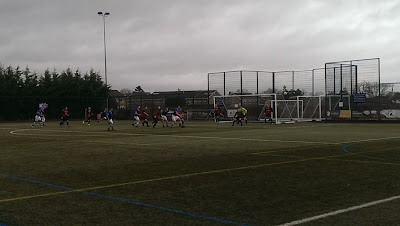 Yarm & Eaglescliffe FC are based at Conyers School on Green Lane. It was founded in 1594 as 'the Free Grammar School' by Thomas Conyers, then following the change to comprehensive education, it was renamed to reflect its founder. Matches are played on the 4G pitch in the school grounds, which is fully caged, with dugouts and spectator area on one side.


The club joined the newly formed North Riding League for this, its debut season, and after a terrible start, losing every game in August and September, the team has showed great improvement with the recruitment of new players to the squad.
I set off at 12.45 for the 45 mile drive, but stupidly decided to go via the A1/A689/A177 route, which meant I lost my way at one point, but luckily I arrived at the ground just as the teams kicked off at 2.05. I stuck with the reliable A19 on returning back to Gallowgate View. 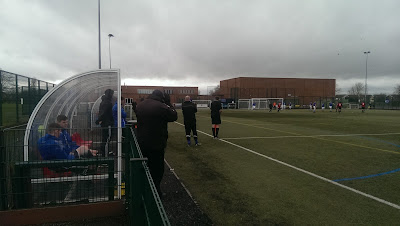 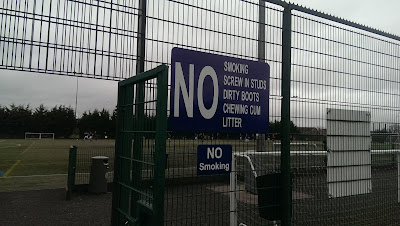 
North Riding FL Premier Division matchday 14
2.05pm ko (kicked off 5 minutes late)
The “Y and E” made a positive start and took a well deserved lead in the 15th minute when a Craig Norman corner was met by debutant Dion McGrother at the near post, his touch went in off the post to give him a fab start at the club.
The home team had chances to increase their lead, but were denied by a couple of outstanding saves by the Redcar ‘keeper. The visitors pushed for an equaliser before half time and they were rewarded when a long pass saw Stuart Poulter beat the ‘keeper to the fifty-fifty ball and fire into an empty net.
The swirling wind which got stronger in the second half, somewhat spoiling the game, with a lot of mistimed challenged and passes, meant the teams had to settle for a share of the points.