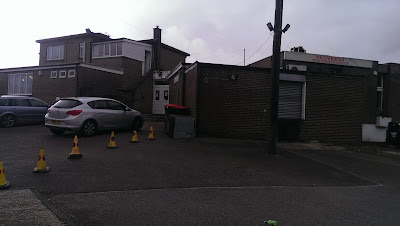 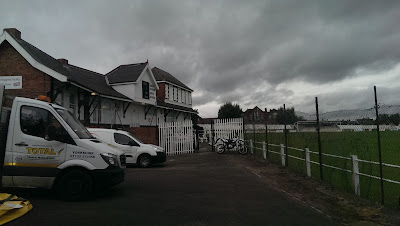 Swinton Athletic FC was founded 1946 and were successful in local football, winning the highly acclaimed Montagu Cup five times. The club later established themselves in the Sheffield & Hallam County Senior League, reaching its Premier Division after winning the First Division title  in 1996-97. The team folded in 2004-05, becoming Dearne/Swinton and then Dearne Colliery Welfare, before two former Athletic players reformed the club in 2009. Swinton Station Athletic was set up by Andrew Billups and Martin Rouane, based from the Station Hotel in the town. The new structure also included a reserve side in the Doncaster Premier League and the club branched out with a junior section founded in 2010. 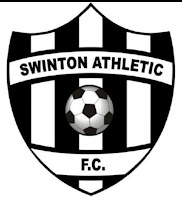 A return to the Sheffield County Senior League in 2010, saw them win promotion to the First Division at the first attempt, then under the Swinton Athletic name in 2012, the club won promotion to the Premier Division in their debut season. In 2014-15 they were crowned Premier League champions and have finished runner-up over the last two seasons. 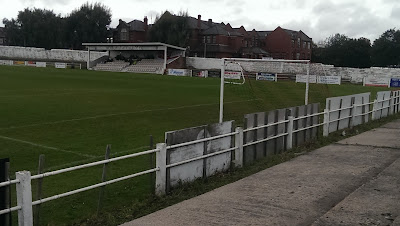 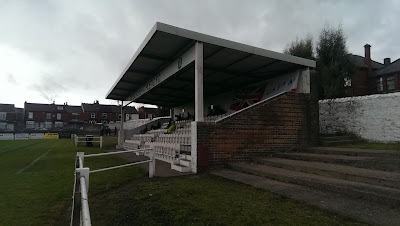 The club are based at the Miners Welfare in Swinton, but since their promotion to the Premier League, the first XI play home matches at the Mexborough Athletic Sports Ground, which meets the appropriate ground grading. The reserve side and the over 35’s teams still play two miles away at the Miners Welfare. The ground is shared with the cricket club, with the teams using the changing rooms in the impressive looking pavilion. The main stand is on the far side, decked out in six rows of magnolia coloured seats, with the front row replacing the use of dugouts. The stand still has the name of previous residents Mexborough Athletic on the facade. There is large sections of terracing each side of the stand which runs behind both goals, with the opposite side roped off from the cricket pitch. 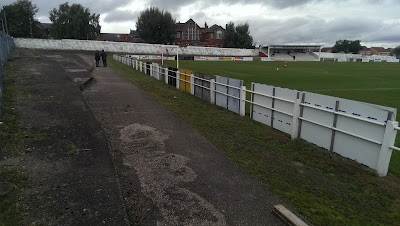 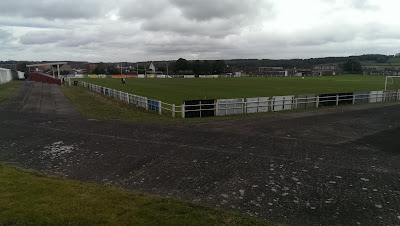 Swinton is a suburban town within the Metropolitan Borough of Rotherham,  on part of the west bank of the River Don, directly west-southwest of Mexborough. (population about 15,550)

The town was once an international centre of ceramics and the world renowned Rockingham Pottery, which manufactured their defining rococo porcelain during the 19th century. The original village of Swinton lay between the Roman Ridge, extending from Wincobank to the north east of Sheffield to Mexborough and the south west Roman road from Doncaster, where there was a Roman fort and the minor settlement of Danum. 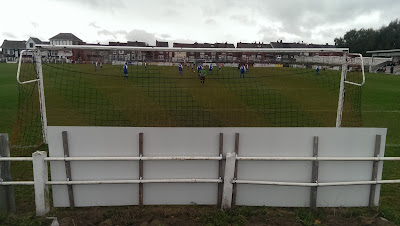 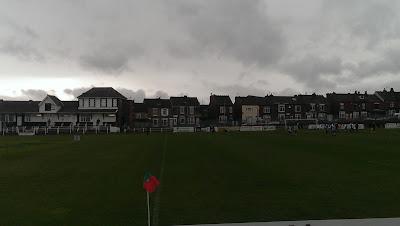 
In over 40 years of watching football this is only the fourth time I’ve seen a team hit double figures*. The onslaught got under way after five minutes, when Enzo Guarini fired in a left foot shot, before his quick run and cross teed up Jake Ford to fire in from the edge of the box to double the advantage. It was 3-0 to Swinton before half time, after a left wing cross found Justin Greenwood, who laid the ball off to Mark Clare to finish in style. Greenwood got on the score sheet after the break, grabbing a brace and also setting up Clare’s second in between to make it a round half dozen with just over an hour gone.
Regan Kelly got in on the act, staying onside before producing a confident finish to make it 7-0, just before the best goal of the game, when a cross field pass found Greenwood,who chested the ball on to Clare, to volley into the roof of the net. Greenwood fired in from a right wing cross to complete his hat trick and just before I ran out of fingers, Ryan Doxey made it ten to finish off the Brinsworth Whitehill rout.
SWFC 10 (Guarini 5 Ford 16 Clare 39,57,74 Greenwood 49,61,77 Kelly 61 Doxey 84)
BWFC 0
Top Bloke - Justin Greenwood (Swinton Athletic)
Entertainment 10/10 (had to be ten!) 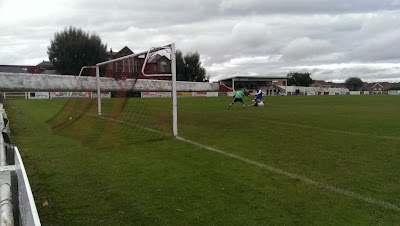 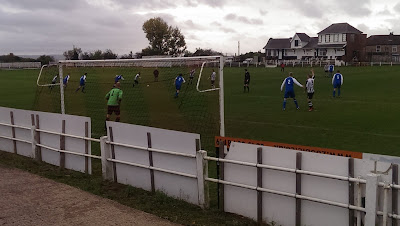 #HeedHopper
Following on from my earlier match at Doncaster Rovers Academy, I caught the train to Mexborough just after 2pm. The journey only takes 12 minutes, so loads of time for a drink and another ‘Spoons tick at the Old Market Hall, before strolling up to the ground. While in the pub I used the Wi-Fi to check if there was any GBG pubs in the town, picking out the Imperial Club and Brewery for a post match drink before the 1720 back to Donny. The pub turned out to be a belter! I regret not having more time to sample more of their selection of Imperial and guest beers. A fabulous day was rounded off with a pint in The Leopard before catching the 1803 back to Newcastle. The splendid day in South Yorkshire when everything ran like clockwork, which made up for my pissed off day in Cumbria last Saturday.
*Previous tenners
Crook Town 1 Newcastle United 10 (Barcelona Cup) 20-11-03
Gateshead 11 Brandon United 0 (Durham Cup) 22-9-10
Ollerton Town 12 Welbeck Welfare 0 (Central Midland League North) 23-2-16