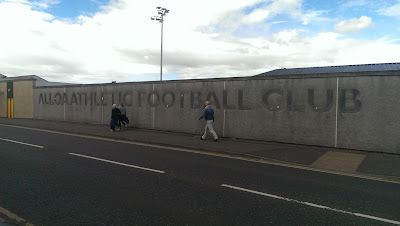 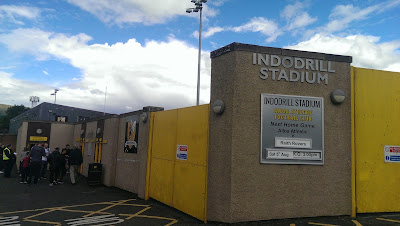 Alloa is a small town in Clackmannanshire on the north bank of the Firth of Forth, close to the foot of the Ochil Hills. (Population:about 19,000)


The town rapidly developed during the early industrial revolution, following the development of the harbour. Alloa specialised in shipbuilding, wool, glassware, malt distilling and brewing beer. The town’s main attraction is Alloa Tower, which is Scotland’s largest and oldest keep,  built on land acquired by the Erskine family before passing into the hands of the Earls of Mar. 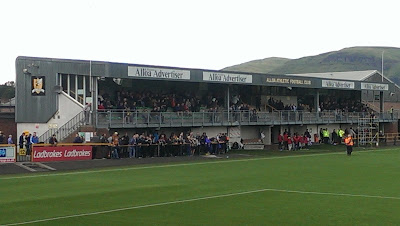 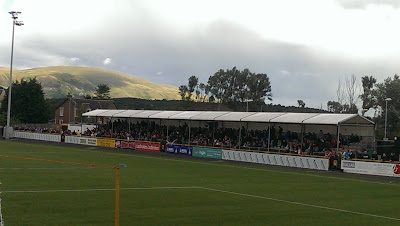 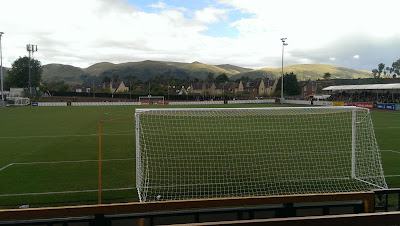 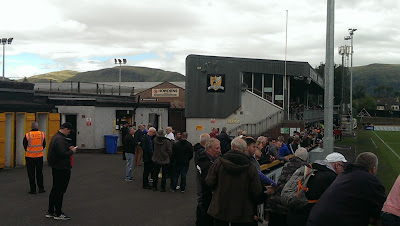 
Alloa, FK10 1RY
‘Scottish 42’ - 35/42
Scottish grounds visit total 91
Capacity 3,100
Record Attendance - 15,467 v Celtic (Scottish Cup 1954-55)
The club have played at Recreation Park since 1895. The ground had a wooden main stand built during the 1920s, followed by terracing and cover around 1950, with floodlights installed in 1979.
The Main Stand was opened in 1991, which has just over 400 seats, raised above the team dugouts, players tunnel and a small standing section. The club shop and the home turnstiles are also on this side, with a small seated stand on the opposite side. The rest of the ground has open terracing, with a section of cover at the Clackmannan Road End. The stadium is currently known as the Indodrill Stadium and the ground gives splendid views of the Ochil Hills. 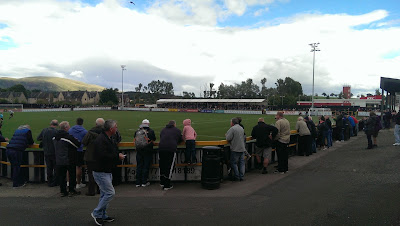 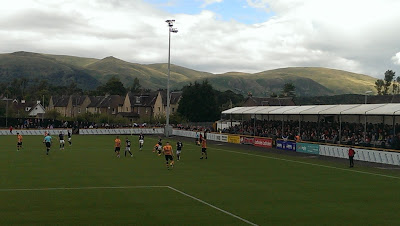 
3pm ko
Att.1,114
Weather: warm, sunny
A late strike from Lewis Vaughan rescued a well deserved point for Raith Rovers. The Wasps took the lead courtesy of a quick turn and shot from Kevin Cawley, which found the corner of the net on 16 minutes. The goal was greeted by the theme from an eighties American TV series on the PA and  'The A Team' looked set to hold on to that slender lead.
With time running out a long ball was headed into the path of Vaughan, whose first time effort found the exact same spot as the opening goal, to pinch a share of the spoils on this opening day of the season. 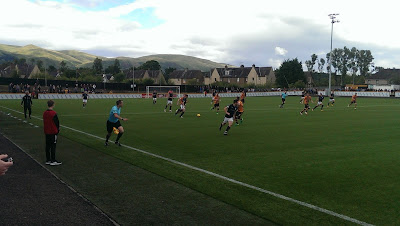 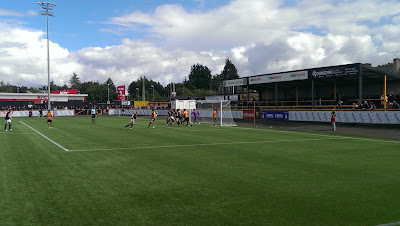 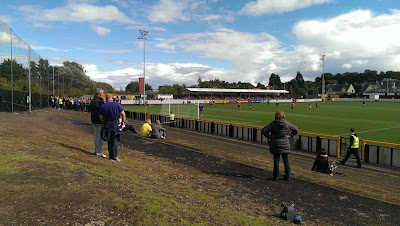 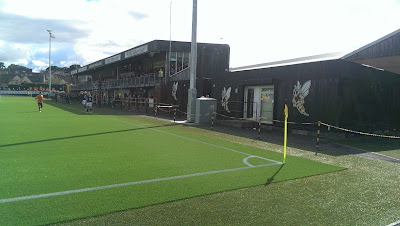 Great day out in Stirling and Alloa. After partaking breakfast in Edinburgh, I caught the ScotRail Dunblane service and arrived in Stirling just before 11 o’clock.  I ticked off the Crossed Peel JDW, before spending a good hour browsing the gigantic stock of vinyl in Europa Music. I had a chat to the owner of the shop, who asked what part of Newcastle I was from. When I replied he told me the man next to me was from the same neck of the woods. As it turned out, the bloke was originally from the Felling, just a mile from where I live. Like I’m always saying - It's a small world!

After another pint in No.2 Baker Street, I headed to the station for the short train journey to Alloa. I had a pint with the Raith supporters in the Thistle Bar, prior to the short walk to the ground. Following the match there was time for a bevvy in the Bobbing John ‘Spoons, before the trek home, which included a swift pint with James Little in the Jinglin’ Geordie.


The new campaign has just kicked off and the majority of the matches I’ve seen so far have been in Scotland, however after this Scottish burst of grounds this will probably be my last cross border visit until the back end of the season. 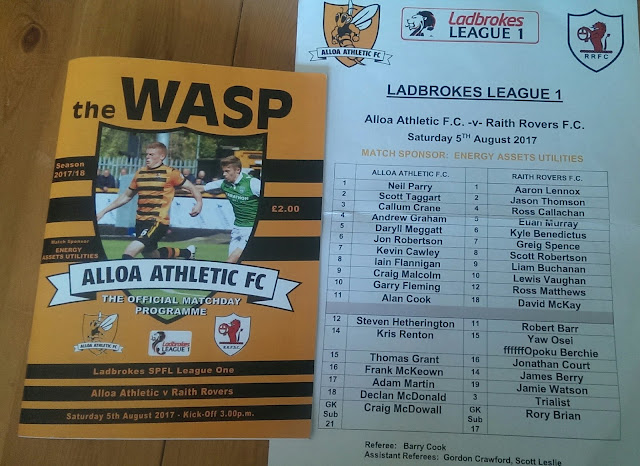