Around the Alliance - part nineteen

The last Around the Alliance feature for this season saw me complete the grounds needed to tick off the top two divisions. For both matches I travelled by car with Katie & Lee, with Katie taking the wheel to Cumbria and I drove us up the Northumberland coast last night 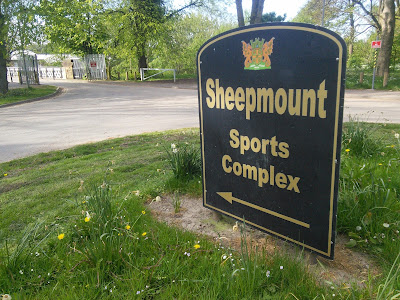 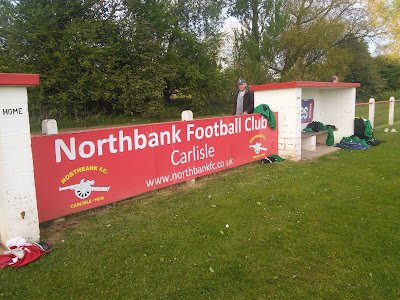 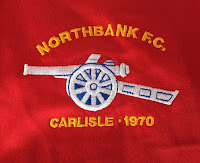 When Northbank Football Club were formed in 1970, they were heavily influenced by Arsenal FC. The club took their name from the main standing terrace at Highbury, they adopted the same traditional red and white sleeved shirts, and use a canon logo as the club crest. After a series of friendly matches the club began playing competitive Sunday football in the Border City & District League, before joining the Carlisle & District League in 1975, winning promotion up to the First Division in their second season.
They joined the Northern Alliance in 1995-96 and progressed from the Second Division to the Premier League after just three seasons. In 2003 they changed their name to Northbank Carlisle, then a couple of relegations between 2008 and 2010 saw them drop down to the bottom division, however they quickly bounced back to return to the top league in 2013 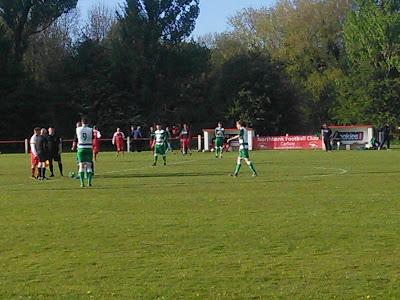 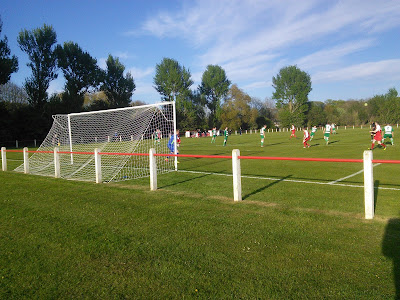 I visited The Sheepmount back in 2012 ticking off Carlisle City for Around The Alliance - part seven The place is currently in a bit of a state after Storm Desmond caused £3m worth of damage to the running track and changing facilities, when the rivers Caldew and Eden burst their banks in December 2015. There is currently cabins in use for changing rooms and toilets, with Northbank still using the same pitch at the bottom end of the complex. The pitch is fully railed off with dugouts on one side.

Birtley Town secured a well deserved away victory in Cumbria courtesy of a Connor Halpin hat-trick. After missing a host of first half chances they finally took the lead just before the break with a tidy finish from Tony Smith. Halpin tapped in a right wing cross on the hour mark, before nipping in to make it 3-0 on 68 minutes, then it seemed a case of just how many Birtley would score. .
Northbank had a full substitutes bench to choose from and the fresh legs got them back in it, with Jordie Cowley finishing off a good move, followed by a good positive run and shot from sub Kieron Blair, which made it 2-3 with fifteen minutes left.
Northbank’s relegation has already been confirmed, but they couldn’t complete the comeback and add to their measly points tally as a Harpin wrapped things up in injury time, running through the home defence to make it 4-2. 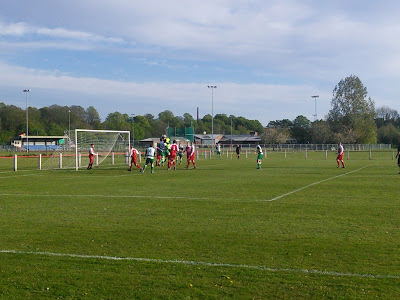 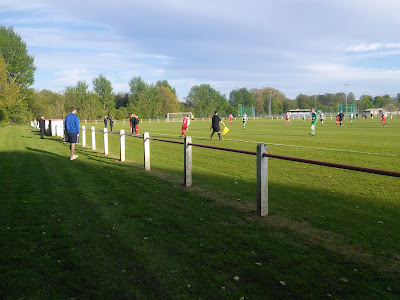 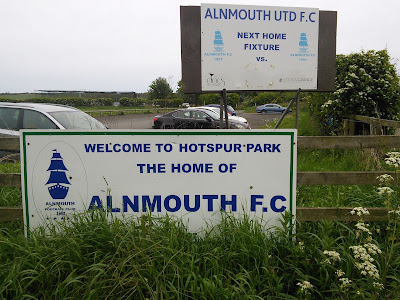 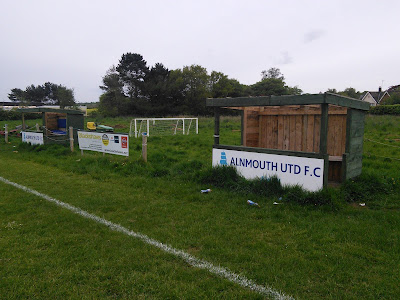 Alnmouth is a village on the north-east coast, halfway between Newcastle and Berwick Upon Tweed, and 4 miles east of Alnwick. The village is built on a peninsula on a spit of land bordered the north sea and the estuary of the River Aln.
It was established as a village and granted a charter  in 1152, developing as a port supporting a small fishing industry and a leading north-east centre for the export of grain, timber and slate. Once the railway arrived Alnmouth transformed into a popular coastal resort with a holiday camp, bathing houses and one of the earliest link golf courses in England

Alnmouth United joined the Northern Alliance after winning the North Northumberland League in 2014-15. They finishing 5th in their debut season, which was good enough for promotion to Division One following a rejigging of the three divisions.
Hotspur Park is found in Hipsburn, a mile from the village on the west side of the River Aln. The ground has a changing room cabin in between the car park and the pitch, which is roped off with a pair of wooden dugouts at one side. The Alnmouth & Lesbury Cricket Club pitch resides next door. 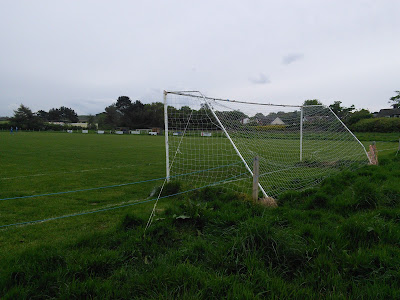 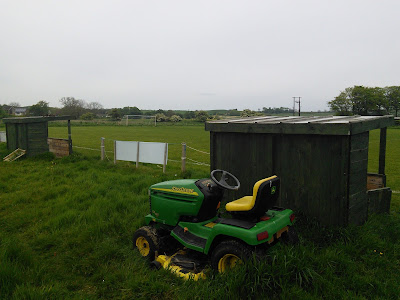 Alnmouth United faced Wallsend Boys Club for their final game of the season, already confirmed as finishing in the bottom two. The contest was looking nailed on for a nil-nil, but I had a feeling the home team were going to pinch it, as they shaded it throughout and finished the match strongly.
For what could possibly be my last match of 2016-17, I nearly saw my goal of the season. A right wing cross was met with a fabulous Andy Carroll-style scissor kick by the big ginger lad, with the tattooed leg, who was playing his final game for the club (sorry I didn’t get his name but that’s a pretty accurate description)which just went the wrong side of the crossbar.
With time running out another bout of late pressure saw the ball fall kindly to Glenn Robson, and “The Silver Fox” made no mistake to poke the ball home from close range, to give Alnmouth a second win in the space of a few days and a good end to a disappointing season. 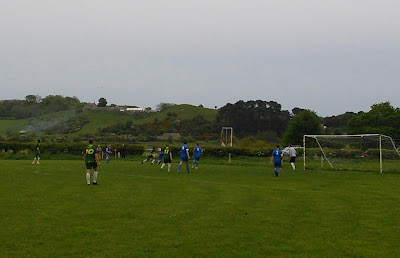 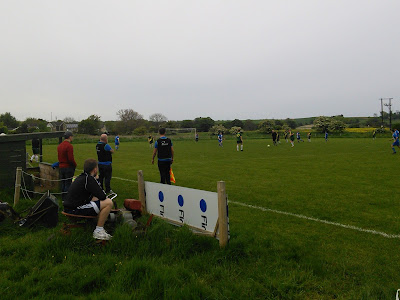 on May 18, 2017
Email ThisBlogThis!Share to TwitterShare to FacebookShare to Pinterest
Labels: Alnmouth United, Around the Alliance, Birtley Town, Northbank Carlisle, Wallsend Boys Club