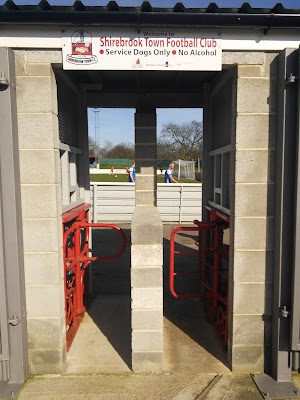 Shirebrook is a former mining town in the Bolsover district, on the north-east Derbyshire border with Notts.
(Population around 10,000)
Shirebrook Colliery was sunk in 1896 before closing in April 1993. The town briefly earned the nickname "the Belfast of England” because of deep divisions between workers and strikers during the 1983-84 miners strike. It’s also known as “Little Poland” amongst its local residents.
The birthplace of England World Cup winner Ray Wilson, The Bill actor Colin Tarrant and Hollywood “star” Jason Statham. 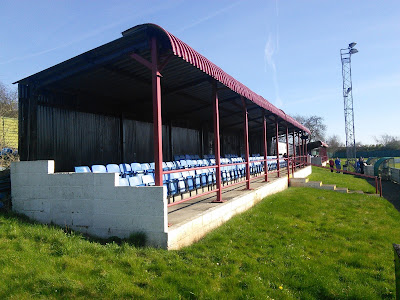 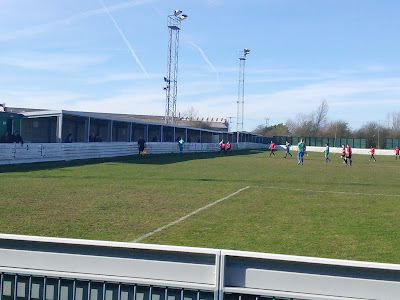 There is two matching stands with a total of 300 seats on the far side with three rows of blue flips, with the team dugouts in between at the front. At the entrance side there’s Marilyn’s cafe, the club office and a covered terrace with room for 400 spectators. The changing rooms are in the corner next to the paying entrance, which were officially opened in 2004 by Ray Wilson. The rest of the ground is open with three sets of floodlight pylons on each side. 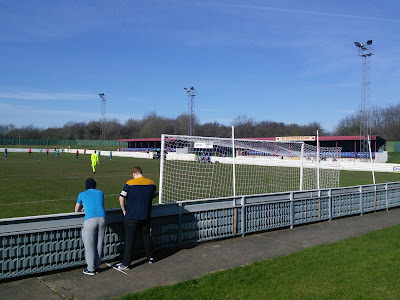 Shirebrook claimed a well earned point after playing over half the game with ten men. Five minutes before the break Luke Wright went off injured and as the home team didn’t name any substitutes, they had to soldier on a man short.
Just 18 seconds after the restart they took the lead when Jake Whelan picked up the ball in midfield and ran on unchallenged before firing home from the edge of the box.
Ten minutes later a good through ball found Luke Harrop who raced in on goal and produced a good finish to draw Eccleshill level.
It was backs to the wall for the hosts in the final quarter of the match and the visitors almost pinched it in injury time, when ‘keeper Warren Squires pushed a point blank effort onto the crossbar to maintain the draw. 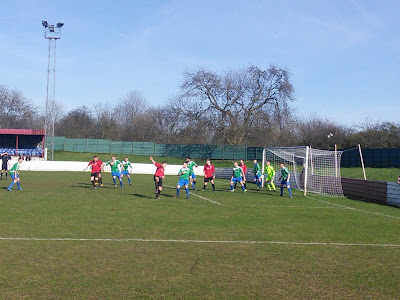 #HeedHopper
Another one of our weekend ale trails, this time heading further south into Derbyshire with a night out in Chesterfield. The breadknife and I were also accompanied by our very good friends Zippy and Helen for what was a cracking night out with bevvies supped in the White Swan, Spa Lane Vaults, The Rutland Arms, Portland Hotel and the Market Pub. Plenty of new ales along with a belly filling Chinese sittee-dooney rounded off a great Saturday in the shadows of the crooked spire.