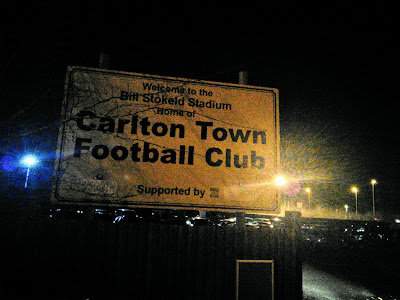 Carlton is a suburb in the east end of Nottingham in the borough of Gedling.(Population almost 7,000) 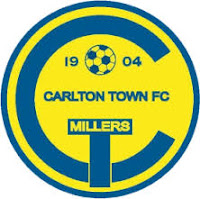 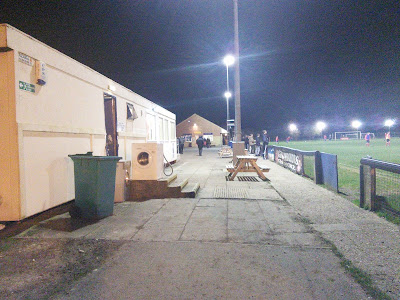 The club have played at Stoke Lane since the early 1990s. The Chuck Fowler lounge and changing rooms block, clubhouse, picnic tables, offices and dugouts, are all down one side at the turnstile entrance side of the ground. There is a stand behind one of the goals filled with a mixture of 164 yellow and blue seats, with the rest of the ground open with hard standing on three sides. The ground was renamed the Stokeld Stadium after former chairman Bill Stokeld 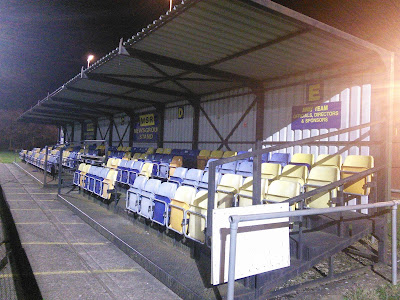 A goal in each half booked The Millers a Notts Senior Cup final date with Basford United at Meadow Lane. They opened the scoring in the 17th minute when Danny Gordon fired home a penalty after Niall Davey was upended in the box.
The tie was sealed early in the second half when a corner kick from Gordon was turned into his own net by Daniel Camm at the near post. 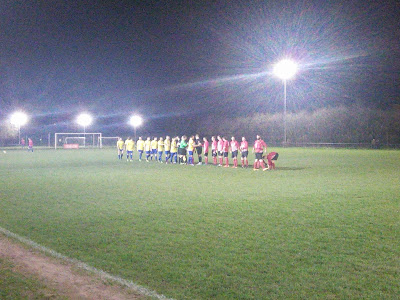 #HeedHopper
For the first time in what seems like an eternity I was reunited with the “NE Celeb Groundhopping Couple” for a midweek jaunt.
We arrived at The Freeman in Carlton at 5.30 for bait and beer, before the short ten minute drive to the ground in Gedling.
These midweek trips meant it’s back to burning the candle at both ends, getting into bed at 1am then up again for graft at 5.20am.
I don't mind this at all, because of changes at work, midweek matches are now the easiest way for me to bag a new ground. 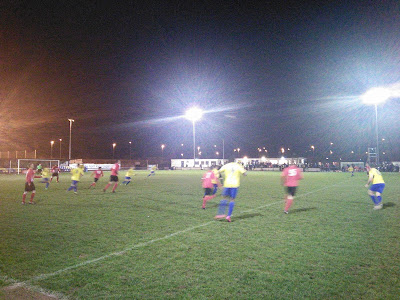