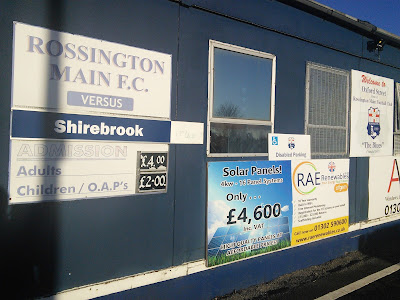 Not a great Groundhopping start to 2017. I set off early on this brisk Bank Holiday Monday to drive 137 miles to Brigg in North Lincolnshire for their noon kick off fixture with Winterton Rangers. As I approached the ground through the housing estate which leads to The Hawthorns, I knew the match would be postponed.  I lost control of the car twice as I drove along the back streets of black ice, my fears confirmed when I was told the referee had just called it off when I arrived at 11.30.
Thankfully there was no fears of my second game of the day not going ahead, as unlike Brigg Town, fellow NCEL club Rossington Main use social media to notify the world that their game was on and there was no need for a pitch inspection.
I killed time by called to Gainsborough on route to visit the only uncharted JDW in this part of Lincolnshire, before arriving at Rosso Main in South Yorkshire at half past one. 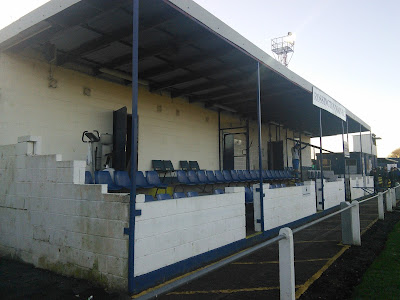 Rossington is a former mining village in Doncaster (Population over 13,000)
Nowadays the Rossington area is made up of a number of villages and hamlets, such as New Rossington, Rossington Bridge, Shooters Hill, Hesley and Littleworth.
Rossington Main pit was sunk between 1912 and 1915. The colliery was one of the last to close, still producing coal up until 2007.

Rossington Colliery FC formed in 1919, became Rossington Miners Welfare in 1948.
The club changed their name to Rossington Main in 1983 and in 1998 merged with Rossington F.C.(formed as Station F.C. in the 1970s) 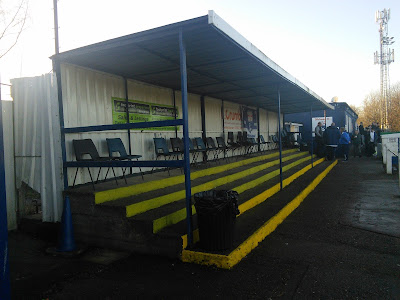 The club originally played behind the colliery offices in New Rossington before moving to Oxford Street in 1921. The ground has a main stand with changing rooms, covered enclosure, club offices and an impressive clubhouse all found on the same side as the ground entrance. On the opposite side is the Gerry Murden Stand which sits half way with two rows of seats which takes the ground seating capacity to 250. There’s open standing behind both goals and the team dugouts are on the main side. 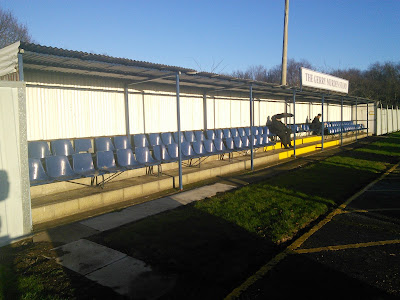 Rosso came from behind to gain a well earned three points against Shirebrook Town. After a goalless opening half the visitors took the lead just after the break, when Glynn Cotton picked up the ball 25 yards from goal, before creating an angle for the shot and firing in from the edge of the box.
The home side grabbed an equaliser with fifteen minutes remaining when a peach of a cross from the left was headed in at the far post by Lee Holmes. The Main were giving a boost on 79 minutes when a second yellow card for Ryan Smyth saw him dismissed. Then within a minute a long range effort smacked the crossbar quickly followed by the winner - a ball was swept into the box which fell to Jason Stokes who rounded the ‘keeper and tucked it away to make it 2-1. 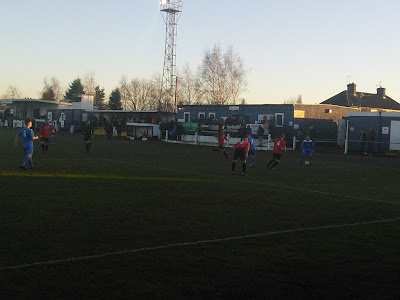 As is usually the case at a match I bumped into someone I know, spotting the large camera of 100FgC Squad#53 Rob Campion who along with his mate, managed to escape from their families for the afternoon.(Rob's photos) Rossington is close to the M18, so I was quickly on the A1 after the match and back home before seven bells. The day turned out ok considering how pissed off I was earlier in the day after the Brigg postponement.