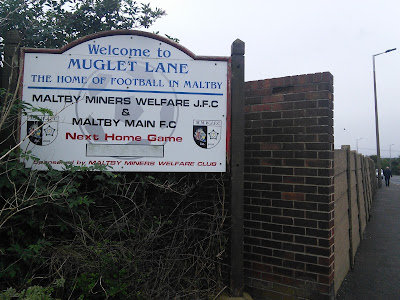 Maltby is a former mining town and civil parish in the Metropolitan Borough of Rotherham in South Yorkshire. It is located about 6 miles east of Rotherham town centre and forms a continuous urban area with Hellaby, separated from the rest of the town by the M18 motorway.
(Population almost 17,000)
Maltby is mentioned in the Domesday Book as "by-malt", and for centuries a very small village, until coal was discovered in the area in the late 19th century. Maltby Main Colliery was the last surviving pit in Rotherham, established in 1910 and closed in 2013. 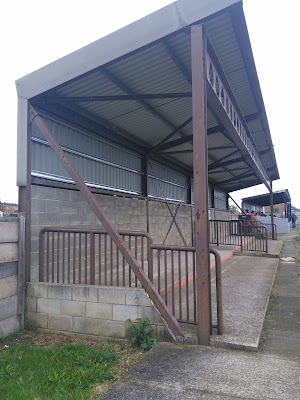 This year is the centenary of football in Maltby as the Maltby Main colliery team formed in 1916.
Sheffield Association League winners 1925-26 1926-27
Played in Yorkshire League from 1949-1955
Original club disbanded in 1965.
Malty Main Welfare FC formed in 1970
Yorkshire League 1973-1982
Founder members of the Northern Counties East League in 1982
Promoted to its Premier Division in 1989-90 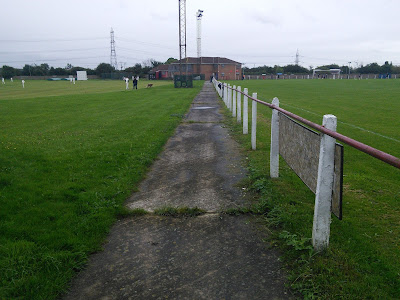 All the amenities are in one building at the paying entrance to the ground. On one side is a covered enclosure called the Gary Wilby Stand alongside a seated stand which sits in between the dugouts, filled with wooden benches with room for around 150 spectators.
The other three sides are open with hard standing, with one side bordering the neighbouring cricket ground, so if the football is shite you can turn around and watch the cricket instead. If you're in need of a pre-match bevvy the Maltby Miners Welfare Club is just across the road from the ground. 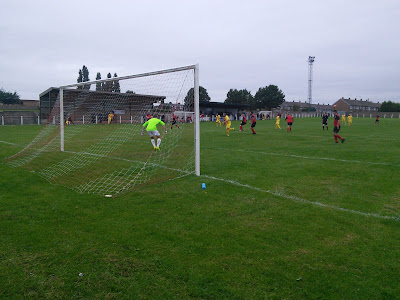 This Vase tie looked to be heading into extra time as both sides lacked quality in front of goal, until the visitors clinched it late on. On 77 minutes Jason McShane ran onto a throw in and fired in from close range, before they wrapped it up in the last minute. Kevin Towey beat the out rushing ‘keeper to the ball and kept his composure to pick his spot between the two defenders. A disappointing performance from The Miners, but a good finish to the match from Widnes, which sets them up with a home tie against Chadderton in the 2nd Qualifying Round.

Spondoolicks
Admission £5
Programme £1.50
Tea 80p
Pin badges £4 (although I didn’t purchase one as nobody could be chewed to get one from the office) 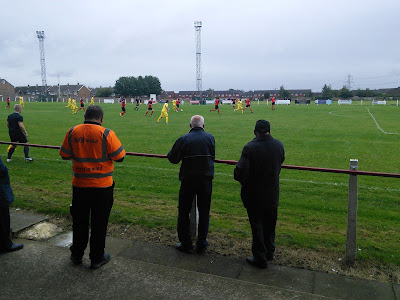 I decided to drive to an FA Vase tie at the closest ground I hadn’t previously been to. The journey to Maltby is pretty straightforward found just off the M18, so I arrived in the town at 2pm, which allowed plenty of time to check into the Queens Head before the game. The return journey went smoothly, by the time I reached north Yorkshire I picked up Radio Newcastle, so I could listen to the Toon match and be back home by 7 o’clock.