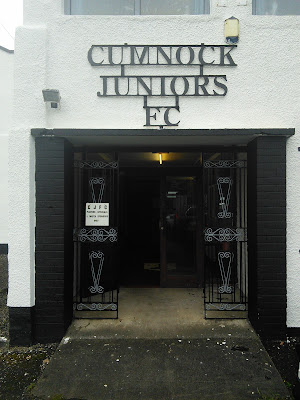 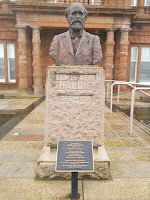 Cumnock is a town in East Ayrshire which lies at the confluence of Lugar Water and Glaisnock Water. The area has seen human settlement for over 5,000 years, with many Bronze Age burial sites around the nearby area. Cumnock has a strong industrial history and housed many miners, serving as the market town for the nearby smaller towns like New Cumnock, Lugar, Auchinleck, Muirkirk and Ochiltree. The founder of the Scottish Labour Party and their first MP - James Keir Hardie worked as a journalist in Cumnock and a bust of Hardie can be found at the front of the town hall. 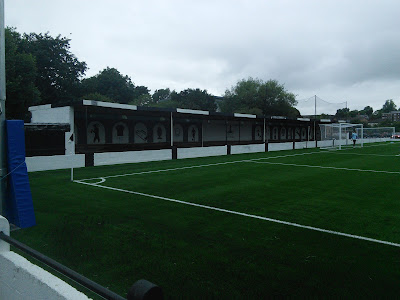 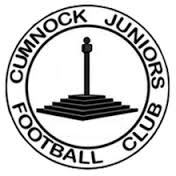 Cumnock Juniors formed in 1912. The Nock have won the Scottish Junior Cup twice beating Bo’ness United 1-0 in 1979 and a decade late they defeated Ormiston Primrose by the same score. They have also finished runners-up twice losing out to Blantyre Vics in 1950 and Bathgate Thistle in 2008.
Ayrshire League winners on 11 occasions and Super League Division One winners in 2015-16. Cup honours include 7 Ayrshire Cup wins, Ayrshire District Cup on four occasions and the Ayrshire League Cup 15 times. 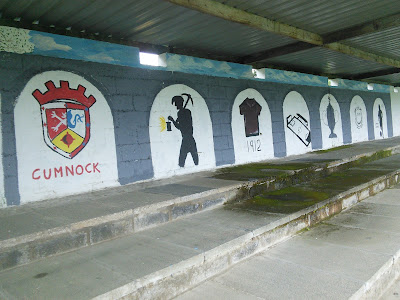 The ground has a covered enclosure down one side behind the dugouts. At the far goal is another covered terrace which has a fabulous mural on the back wall covering the club’s past glories. The changing rooms, boardroom, hospitality and the Nock Nosh food cabin are all housed in one building behind the turnstile entrance goal. A new all weather pitch was installed in the spring and work is continuing on new terracing at the far side. 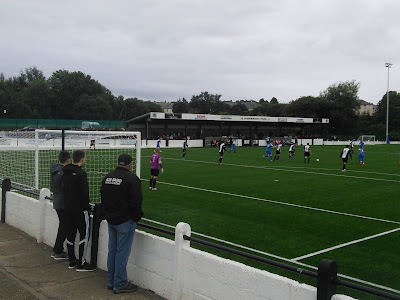 Cumnock Juniors v Queen of the South U-20
Att.200est
Weather:Dry,humid

The Noch look a really decent team and could be in for a good season judging by their display against a youthful Queen of the South side. They bossed the match, carving out a string of good chances until finally taking the lead on 65 minutes, when Shirkie picked up the ball on the edge of the box and fired in low and hard. They doubled the lead on 78  minutes  with a fabulous individual effort [and early goal of the season contender] from Keir Samson, before Shirkie grabbed his second late on, netting the rebound after the ‘keeper pulled off a good save from distance. 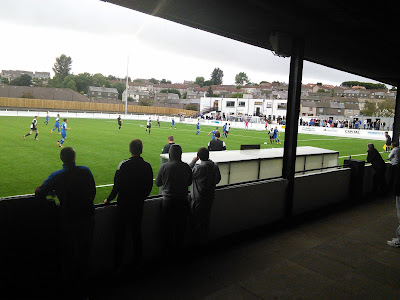 #HeedHopper
I checked out of Little Towers at 9.45 and headed to Cameron Toll to take advantage of the free car parking. I spend the day in Edinburgh before driving cross the A71 to East Ayrshire at 3pm. I stopped for a rest break at Cairn Lodge services before tackling the A70 Ayr Road, so I arrived in Cumnock at Six o'clock. I arranged to meet up with 100FgC Squad#73 Graham Crofts and his daughter Lois at the game, who were there to watch their beloved Doonhamers.

Arriving at the ground I asked at the paying entrance about programme and badges, unfortunately neither was available. During the first half the guy on the gate, Tom Bradford approached me invited me up into the boardroom for a half time cuppa. I told him about my book so he introduced me to the club hierarchy, who were kind enough to give me a match worn team jersey as a souvenir of my visit. Once again the kindness and hospitality shown by the host clubs during this project has been second to none.
After the match I rushed straight off, aiming to get on the M74 before it got too dark. The wet weather and poor visibility made the drive home hard work at times, but I still made decent time to get home just before midnight.(before I turn into a pumpkin)
Footnote
A more thorough report about my matchday, the club and the history of the town will appear in my book which is hopefully coming soon.

on July 30, 2016
Email ThisBlogThis!Share to TwitterShare to FacebookShare to Pinterest
Labels: Cumnock Juniors, Queen of the South