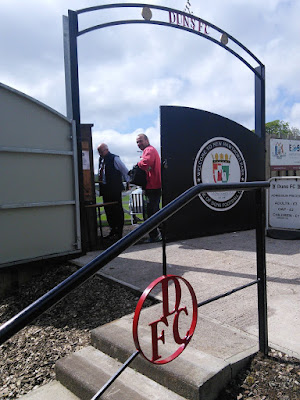 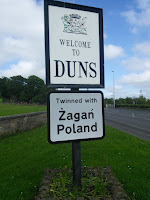 Duns (historically Scots: Dunse) is the county town of Berwickshire, within the Scottish Borders, 16 miles west of Berwick-upon-Tweed. (Population approx 2,500)

The  town dates back to early 12th century, with a settlement sited on the slopes of Duns Law, close to the original Duns Castle built in 1320 by the Earl of Moray, nephew of Robert the Bruce.

The Battle of Duns took place in 1377, when the Earl of Northumberland invaded Scotland, laying camp at Duns. His army's horses were alarmed at night by the rattles used by the local shepherds and farmers to scare birds from their crops. The disarrayed English force was routed by the townsfolk, which gave source to the town's motto(and football club nickname) -  Duns Dings A! 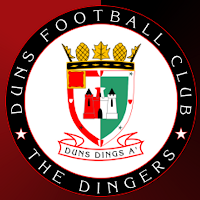 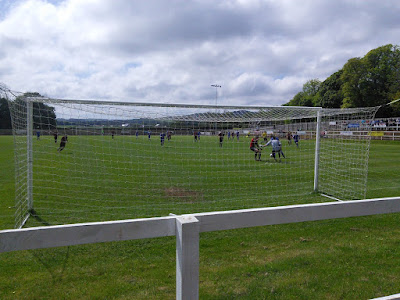 Opened in 2014 within the grounds of the old Berwickshire High School on the outskirts of the town.
A small enclosure was erected in 2015 at the ground entrance along from the dugouts, with the main spectator viewpoint on the raised terracing on the far side. The ground also has hard standing behind the entrance goal. 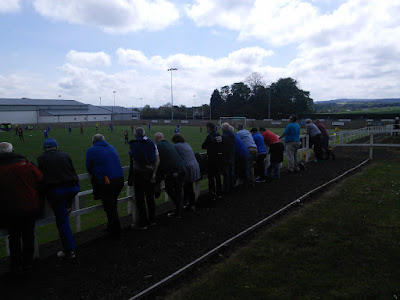 0-1 James McPartlin (5’)
Opened the scoring
0-2  Daryl Johnson (15’)
Quickly doubled their lead
0-3 Lewis Mitchell (22’)
Lead the defence a merry dance before slotting home
0-4 Lewis Mitchell (54’)
Picked up a left wing cross and finished well.
0-5 Mark McEwen (68’)penalty
Converting spot-kick after a foul just inside the box.
0-6 James McPartlin  (81’)
Slight suspicion of handball as he ran on unmarked to calmly slide the ball past the 'keeper. 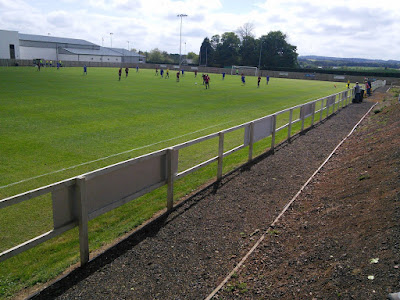 I drove up to the borders with Lee & Katie, who met me at 100FgC HQ after I finished work. The journey north turned out to be a race against the clock with the A1 choca with bank holiday caravan traffic. The return home went smoothly, taking an hour less, so back at HQ for 6pm.