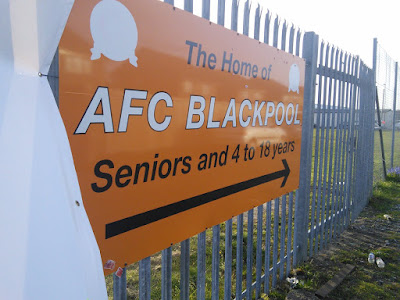 You can catch up with my previous visits to this part of the world in my blog archive, attending games at Blackpool, Squires Gate and more recently AFC Fylde.

The club amalgamated with Squires Gate Junior FC to form AFC Blackpool in May 2008. 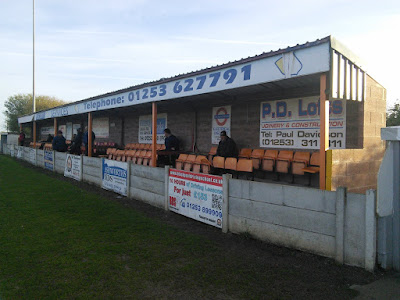 The club kept their link with their Blackpool Mechanics history by naming the Jepson Way ground "The Mechanics" There’s covered terrace enclosures behind each goal.  A seated stand filled with tangerine seats on one side, sandwiched in between the team dugouts. Also a few rows of seats outside the clubhouse benefiting from the overhanging roof. 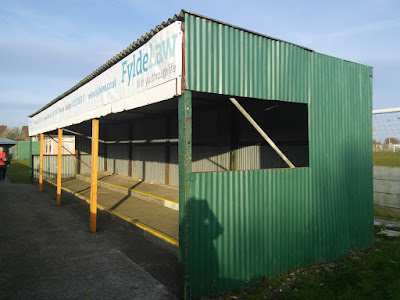 1-0  Mark Thornber (28’)
Ball played in from the right met with a first time effort from just inside the penalty area.

2-0 Aaron Fleming (50’)
Fabulous direct free-kick, fired in from 30 yards from the right flank.

3-0 Jack Williams (67’)
Nice through ball, outpaced the defender and slid the ball past the oncoming ‘keeper.

3-1 Daniel Penswick (74’)
The Blackpool ‘keeper pulled off another cracking save, the resulting goal mouth scramble saw the ball fired in from close range.

This win took The Mechanics off the foot of the table and now there’s only a three point gap between 18th and 22nd, so going into the last week of the season it’s any three from five for the drop between Squires Gate, Silsden, AFC Darwen, AFC Blackpool and Alsager Town. 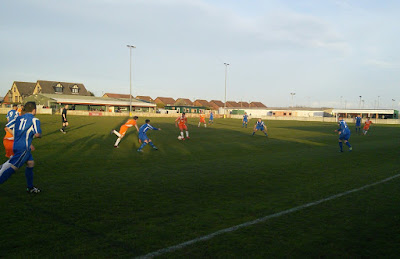 We arrived in Blackpool just before 5pm, so plenty of time to go to the 3 previously uncharted Wetherspoons pubs in the town centre. After drinks and food in The Layton Rakes and The Albert and the Lion, we stopped off at the fabulous Velvet Coaster on route to the match. Nowadays it’s just a matter of a fact that we see someone we know at a game, so the “Stalker of the Week” award went to Tony Morehead (100FgC AF60) who travelled up from Manchester after seeing my post on FriendFace. A really cracking evening, with no pain in the arse motorway diversions heading home,  so I was back hyem for 12.45am. 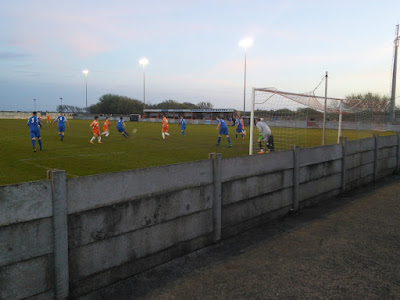 Ground no.523 The Mechanics - Matchday Web Album (31 pictures)
on May 04, 2016
Email ThisBlogThis!Share to TwitterShare to FacebookShare to Pinterest
Labels: AFC Blackpool, Squires Gate