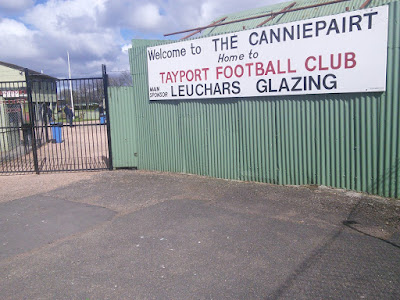 Tayport is a small harbour town and burgh close to the north east tip of Fife, originally known by its Gaelic name Partan Craig, which translates as "Crab Rock"
(Population just under 8,000)
In 1598 the settlement received its burgh charter in the name of Ferry-Port on Craig. In the 1850s, the Edinburgh, Perth and Dundee Railway Company established a railway service running from Edinburgh to Aberdeen that stopped in the town. They used the much simpler name of "Tayport” which soon caught on and eventually replaced Ferry-Port on Craig as the more commonly used name.
The town is renowned for the line fishing industry, one of the oldest in Scotland, and of course the ferry service across the Tay, which was established in the 12th century. The railway ferry ceased in 1887 and the passenger-only ferry continued to run from the town to Broughty Ferry until 1920. 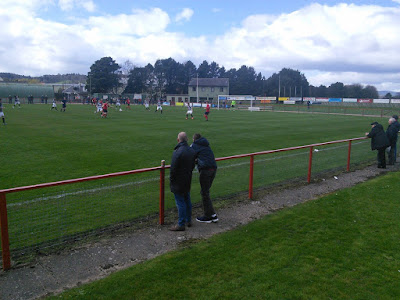 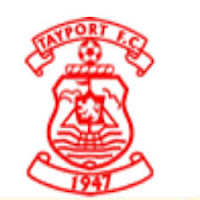 Plenty of cup honours include lifting the North and Tayside Cup 6 times and the Currie Cup on 9 occasions. 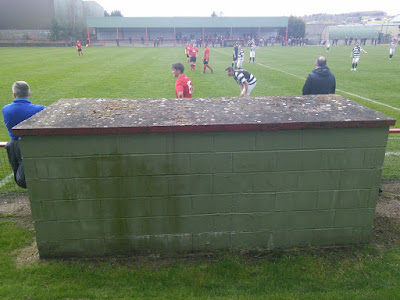 The local council invited the club to move from East Common to this former farm land in 1975. The ground has a covered terrace enclosure running down on one side, behind the home dugout, the away club dugout is on the opposite side in front of a grass banking standing area. The changing rooms are behind the goal where there’s open hard standing. At the top goal there is a large hedge making The Canniepairt a three sided ground. 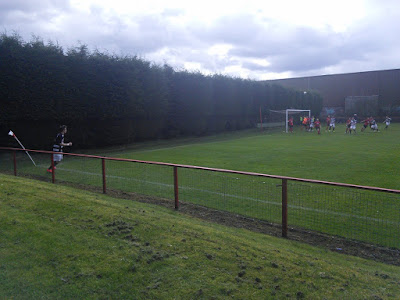 Tayport (15th) v Linlithgow Rose (4th)
SJFA East Region Superleague Matchday 23/22
Kick off 2.30pm
Att.175hc
Weather:Sunny intervals, heavy rain shower in the second half.
0-1 (24’) Tommy Coyne
Ball slipped into the box to Coyne, who produced a nice finish into the roof of the net.
1-1 (30') Alan Tulleth
Cross field pass found Tulleth unmarked on the left in acres of space, fired in a hard low shot into the far corner.
1-2 (31') Colin Strickland
Right wing ball found the number 9 in the box, who had time and space to slot home.
1-3 (40') Colin Strickland
Long ball down the middle found Strickland, the keeper didn't come to meet the long ball which made an easy finish
1-4 (60') Tommy Coyne
Cross from right headed in from six yards
1-5 (87’) Conor Kelly
Comedy of errors in the Port box, capitalised on by the substitute.
Entertainment 8/10
Top Bloke - Colin Strickland (Linlithgow Rose) 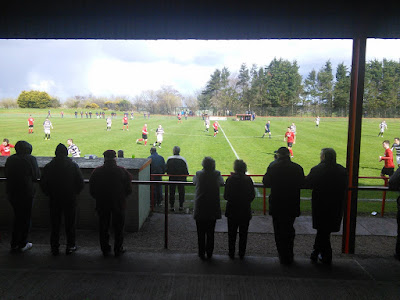 The Gadabout
185 miles door to door

0945 East Coast train service from Newcastle to Edinburgh, arrived at 1105.
100FgC squad #155 James Little picked me up outside the station at noon for the 60 mile drive across to Fife, via the A90 and A91.  Stopped off for a pint in Cuper on route, arriving at the ground just before 2pm.
Afterwards James dropped me back off in Edinburgh in good time for a couple of pints in The Standing Order before boarding the 1900. Arrived back in the Toon at quarter to nine.

Footnote
I’m in the process of writing and hopefully getting a book published on the winners of the Scottish Junior Cup over the last 50 years, which will feature a thorough chapter on the history of Tayport and its football club.