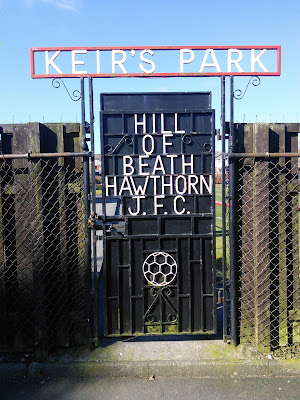 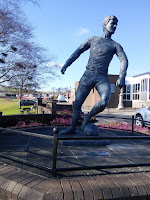 Hill of Beath is a hill and a village located in between Dunfermline and Cowdenbeath in Fife. (Population 11,000)
The Hill of Beath was the location of a celebrated meeting of the Covenanters, who were a Scottish Presbyterian movement that played an important part in the history of Scotland during the 17th century.
The village was built on the hill in the 19th century and owned by the Fife Coal Company, which rented the cottages to the miners during their employment at the colliery.
Birthplace of Scottish international Willie Cunningham, who spent 14 years at Deepdale after signing for Preston North End from Airdrie in 1949 and also Rangers legend and Scotland captain Jim Baxter. "Slim Jim" was a left sided midfielder who starting his career in 1957 at Raith Rovers before signing for Rangers in 1960, winning ten trophies in his 5 years at Ibrox.

Hill of Beath Hawthorn formed in 1975 and are nicknamed “The Haws”
Winners of the Scottish Junior Cup in 1990 beating Lesmahagow 1-0 in the final. 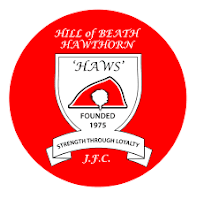 Fife League champions 9 times between 1987 and 2005.East Super League runners-up in 2002-03, 2010-11 and 2011-12. Also won the Fife Junior Cup six times and the Fife & Tayside Cup on five occasions. Up until the end of last season they were managed by Jock Finlayson who took charge when the club began over 40 years ago. As I was taking pictures before the game, he introduced himself to me and posed for this picture..... 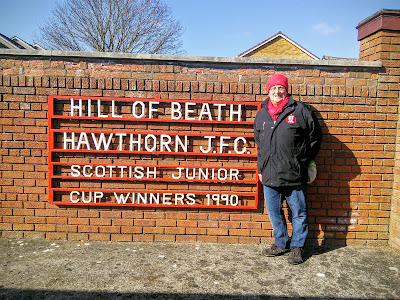 A very neat and well maintained ground has two terraced standing enclosures on each side. There is shallow terracing behind the goals with turnstile entrances at different parts of the ground. The changing rooms and behind the goal, but no clubhouse so if you want a bevvy there’s the neighbouring Welfare Club next to the Jim Baxter statue. 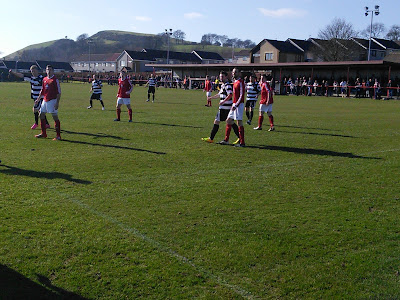 0-1 Blair Batchelor (25’)
Free kick from the edge of the box was cleared, then the ball was quickly played back into the area finding Batchelor unmarked with a diving header.
1-1 OG (40’)
A cross from the right was headed into his own net by the defender as he attempted to clear
2-1 Greg Smith (‘61)
Smith picked up the ball on the left flank and placed a superb left foot shot from outside the box into the far corner of the net.
Red Card Mckenzie(Linlithgow) (90+2)
Reckless tackle just before the final whistle. 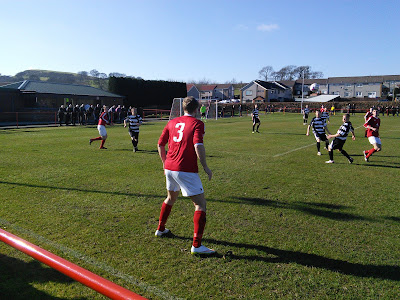 This Scottish Junior project has became a bit disheartening of late, as I've faced postponements on my last 2 trips to Scotland. However I'm still determined to finish this venture, but I made the sensible decision to hold off heading north until the spring.
I had a pleasant few hours in Edinburgh, visiting my usual haunts (my regular dozen readers will know my E’burgh routine) before headed across to Fife. It seemed wherever I go nowadays I see some who I know, so no surprise to find Viking ‘Hopper Anders Johansen at the match on another one of his UK football tours from Norway. However more of a coincidence was someone mentioned my Gateshead FC sweatshirt as I queued for a coffee before the game. As it turned out the lad lived on the same estate as me and as we spoke we realised we knew each other, having knocked around together in our early teens. Michael moved up the Scotland 25 year ago and has lived in Linlithgow for the past two decades, so has adopted the Rosey Posey as his team. Looking back I remember we used to play Subbuteo at Windy* Milligan's house and play football on the local Baptist Church field together. Small world isn't it!
A really pleasant day at Keir's Park and yet another good reason why I'm continuing to try and get this book finished and published. A day of coincidence continued afterwards as I found out that my bessy mate Zippy and his girlfriend Helen were staying in Edinburgh for the weekend, so I met them for a pint in the Jingling Geordie before catching my train home. As I was saying .. Small world isn't it!
(* He used to fart alot) 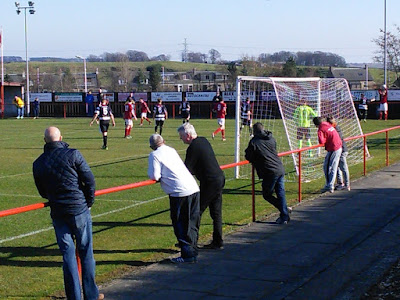 Footnote
All going well I’m in the process of writing a book on the winners of the Junior Cup over the last 50 years, so I’ll be writing a more thorough piece on my matchday at Hill of Beath. The chapter includes more on Jim Baxter and how he took the piss to make Scotland world champions and my ex-girlfriend who was named after the former legend.
You can check the progress and a map of the grounds on my list on the T’Do Page 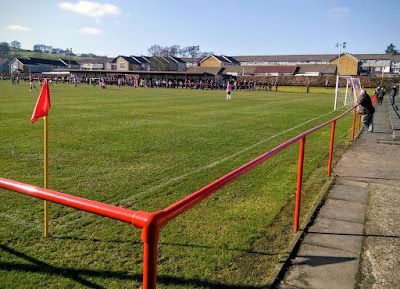