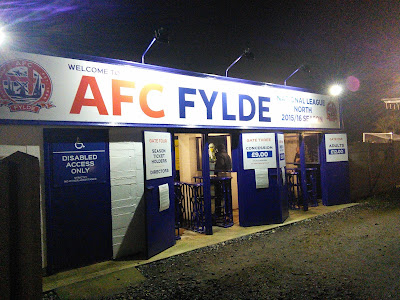 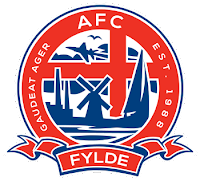 North West Counties League Champions 2008-09
Northern Premier League Division One North from 2009, league winners in 2011-12.
The Coasters have been involved in the playoffs over the last three seasons. Losing out in the Northern Premier League semi-finals to Hednesford in 2012-13, but were successful the following year beating Ashton United in the final. Last season after finishing runner-up in the Conference North they were defeated by Guiseley in the semi-finals.

The club are currently based in the village of Warton on the Fylde coast plain in Lancashire. The village is located on the banks of the River Ribble, 6 miles west of Preston and 8 miles from Blackpool. It is best known for the Warton Aerodrome airfield and the major assembly and testing facility plant of BAE Systems Military Air & Information. 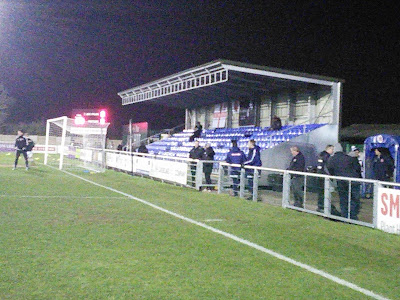 This is the club’s last season at Kellamergh Park (5 games left) before they move to a new 6,000 capacity stadium, as part of a new £18m development at Mill Farm on the outskirts of Wesham.
The ground has 533 seats, made up from the main stand down one side with four rows of seats,  with another stand directly behind the goal. There’s a full length covered terrace behind the top goal, with shallow terracing down one side behind the dugouts.The club shop is in the corner next to the turnstiles, with the food kiosk and Fuller’s Bar also at the entrance end. The main stand is flanked by sponsorship suites and the changing rooms are set back behind the goal. 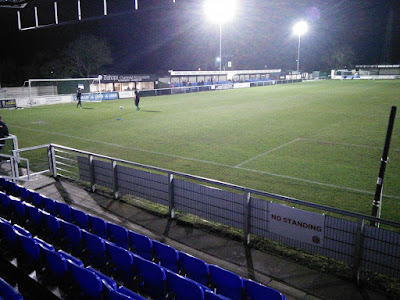 1-0 Danny Rowe (42’)
Good low hard right wing cross from Dixon was met at the far post for for an easy tap in.
2-0 Danny Rowe (89)
30 yard strike from Danny Lloyd was parried by the ‘keeper, falling into the path of Rowe to double the lead
2-1 Kalern Thomas (90+3)
Following a goalmouth scramble, Thomas was on hand to tap in from close range 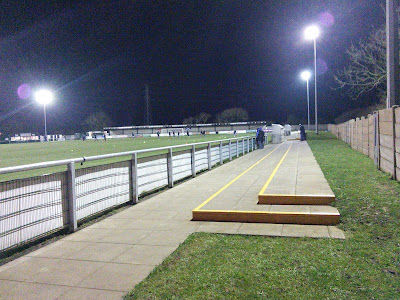 I took advantage of my holiday time to drive across to the Fylde coast to bag off Kellamergh Park. The number of matches left at this ground combining with my free time meant this was the only available date in my calendar, so for once I can thank the bad weather for this match being postponed earlier in the season.
I hit the A1 at 2.30 with my plan to visit Lytham St Annes for the predictable ‘Spoons ticks. I arrived at The Trawl Boat Inn just after 5 o'clock, spending approximately 40 seconds in the pub, as I got served straight away, necked down a half, then walked back out again to the car. I then drove along the coast to Lytham and had a more relaxed time in The Railway Hotel, stopping for something to eat with hot and cold drinks.
From here it was only 3 miles to the ground, but it wasn’t the best of journeys as my daft sat-nav took me there via a dodgy pitch black single lane country road. I was relieved to see the floodlights in the distance and thankful that another vehicle wasn’t coming from the opposite direction.
I enjoyed my visit to AFC Fylde, the fact that they are moving from a decent ground like this to pastures new, shows how ambitious the club are, so whenever I eventually visit their new digs at Mill Farm, I’m expecting The Coasters to be playing at a much higher level than National North. 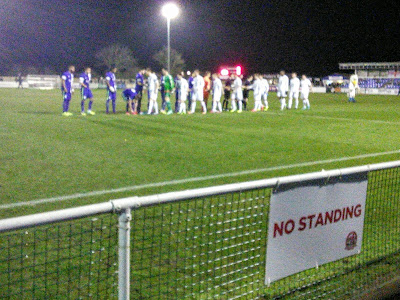