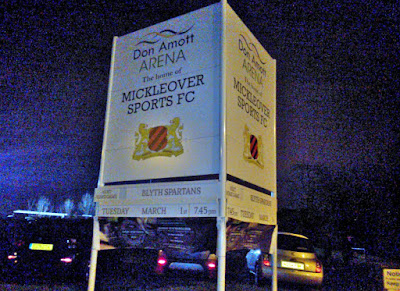 Mickleover is a suburb located 2 miles west of Derby city centre (Population 18,000)
The village appears in Domesday Book, at the time of the survey it was known as ‘Magna Oufra’ which translates as Magna, an early Latin word meaning ‘great’ and oufra coming from Anglo Saxon ‘ofer’ translates as flat-topped ridge. 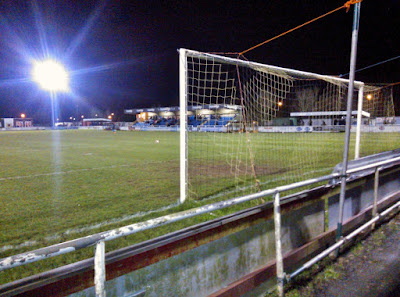 
The clubhouse, changing facilities, hospitality, snack bar and club shop are all at the entrance end behind the goal. The 280 capacity main stand sits on the halfway line with the same dugouts and small covered terrace enclosures at each side. There is a covered section behind the top goal, with an unused part of the ground which runs down one side and around towards the changing rooms. 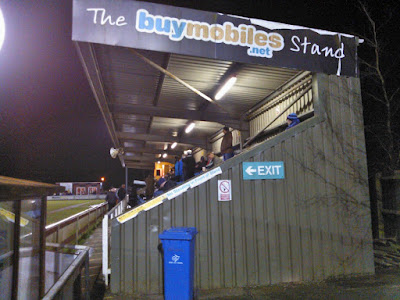 Red card Nathan Buddle (36’)
Adjudged a professional foul on the edge of the box.
0-1 Michael Richardson (37’)
Quick break found Richardson, who showed fast pace and produced a good finish to give the 10 men the lead.
0-2 Arran Wearmouth (90+2’)
Late pressure from the hosts saw them hit the post in the last minute, but a quick breakaway found Wearmouth clear on goal and he finished well to wrap up the points for Spartans. 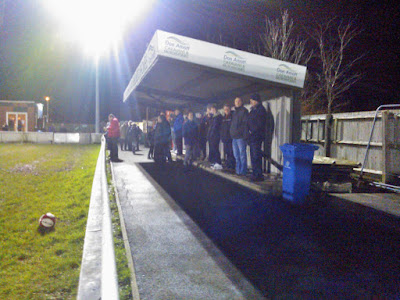 The Gadabout
160 miles door-to-door
For the second Tuesday running we ended up at a different game as originally planned. We intended to travel to Hull to visit Hall Road Rangers, until finding out this game was off when I was on the X1 bus, heading to Houghton-le-Spring to meet Katie & Lee. We set off down the A19 hoping for another crack at ticking off Dronfield Town, but this again failed a 3pm inspection, but thankfully there wasn't a problem with our third choice at Mickleover Sports.
On the way we stopped off for a refreshment and “steak club” pitstop at the Red Lion in Ripley, which was 14 miles further south from our match selection at Mickleover.
The journey home had the usual A1 closures, which meant I was finally in my pit at ten minutes to one, in readiness for my 5.20 morning alarm call.