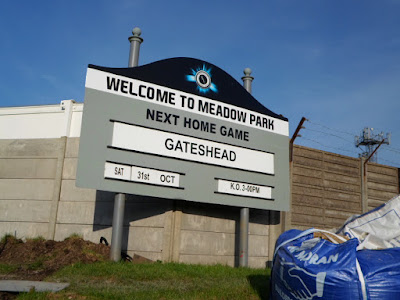 Borehamwood within the civil parish of Elstree and Borehamwood in southern Hertfordshire
(population over 31,000)
Home of the Elstree film studios 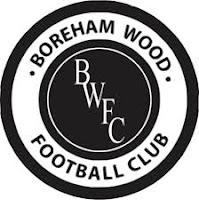 Boreham Wood FC  “The Wood” formed by the merger of local sides Boreham Rovers and Royal Retournez in 1948. 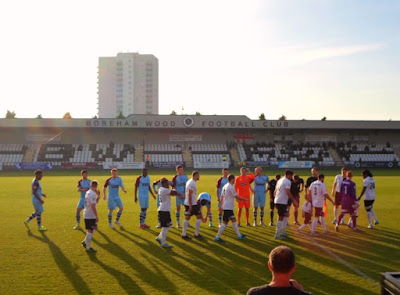 0-1 Gus Mufata (2nd minute)
Right foot shot from just inside the box
0-2  Danny Johnson (11th minute)
Latched onto a through ball from Bowman, stayed onside before producing a cool finish from 12 yards.
1-2 Billy Clifford - penalty (25th minute)
After a foul by Buddle on Jeffrey.
2-2 Mauro Vilhete (76 minutes)
Cross from the left by Jeffrey knocked in at the near post.
2-3 George Honeyman (78 minutes)
Ball pulled back from the left wing by Pattison for Honeyman arriving in the box to fire in.
Top Bloke - Gus Mufata (Gateshead) 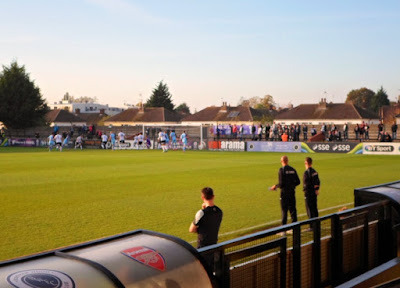 Journey Hyem:
1723 Thameslink service to St Pancras (24 minutes)
Bevvys outside Kings Cross before the 1900 arriving back in Newcastle on time at 2151.
Home at 1020pm.
Throughout the day in the company of … Simon Lowery(Squad#185) Keith Arthur(Squad#194) John(Squad#108) and Neil Robinson, John Young(Squad#51) and the crackerjacks from the Low Fell 80’s Disco Squad. 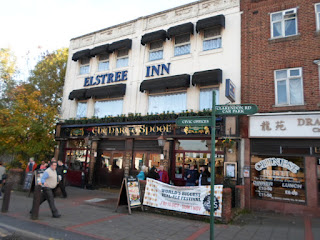