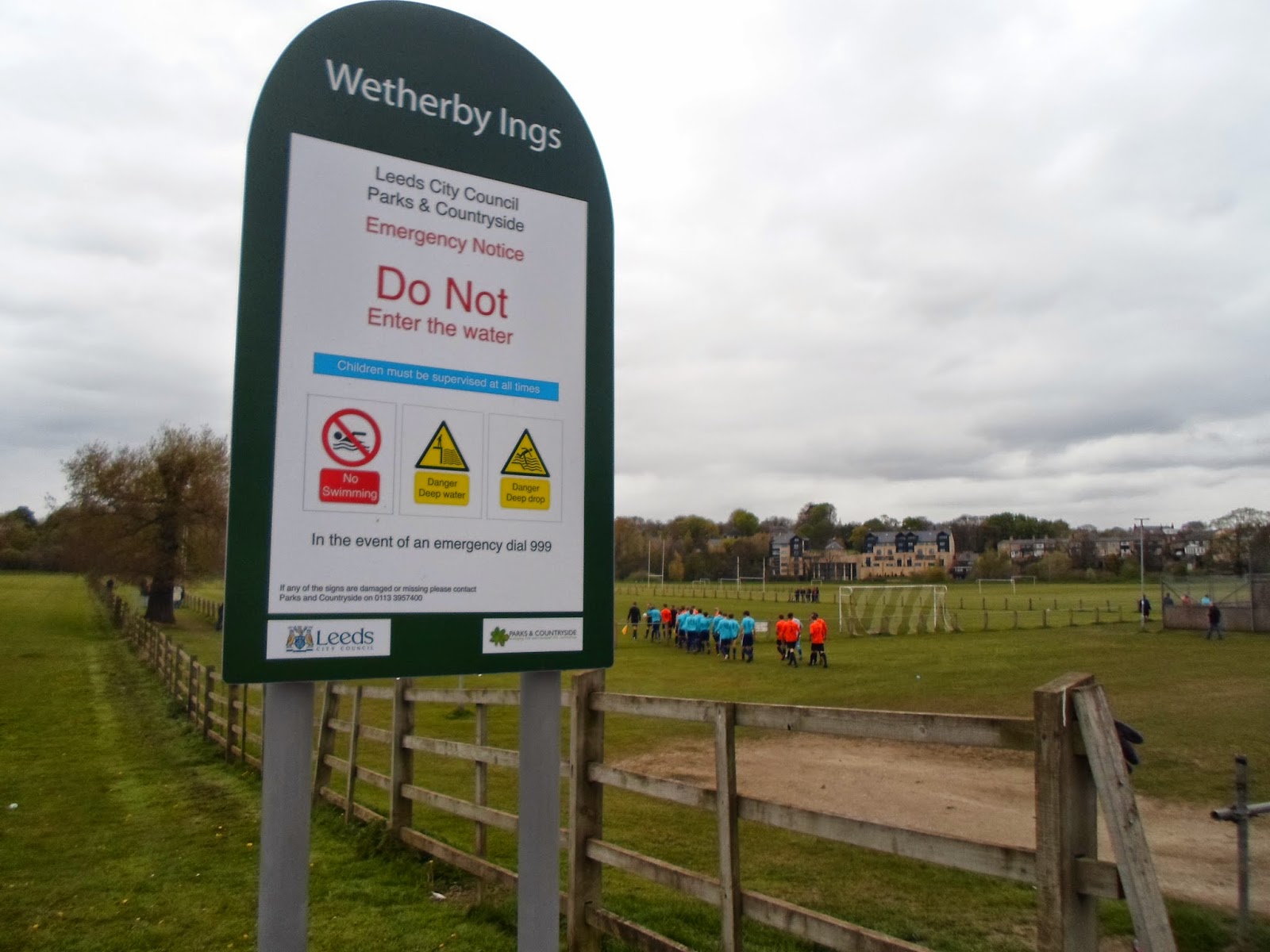 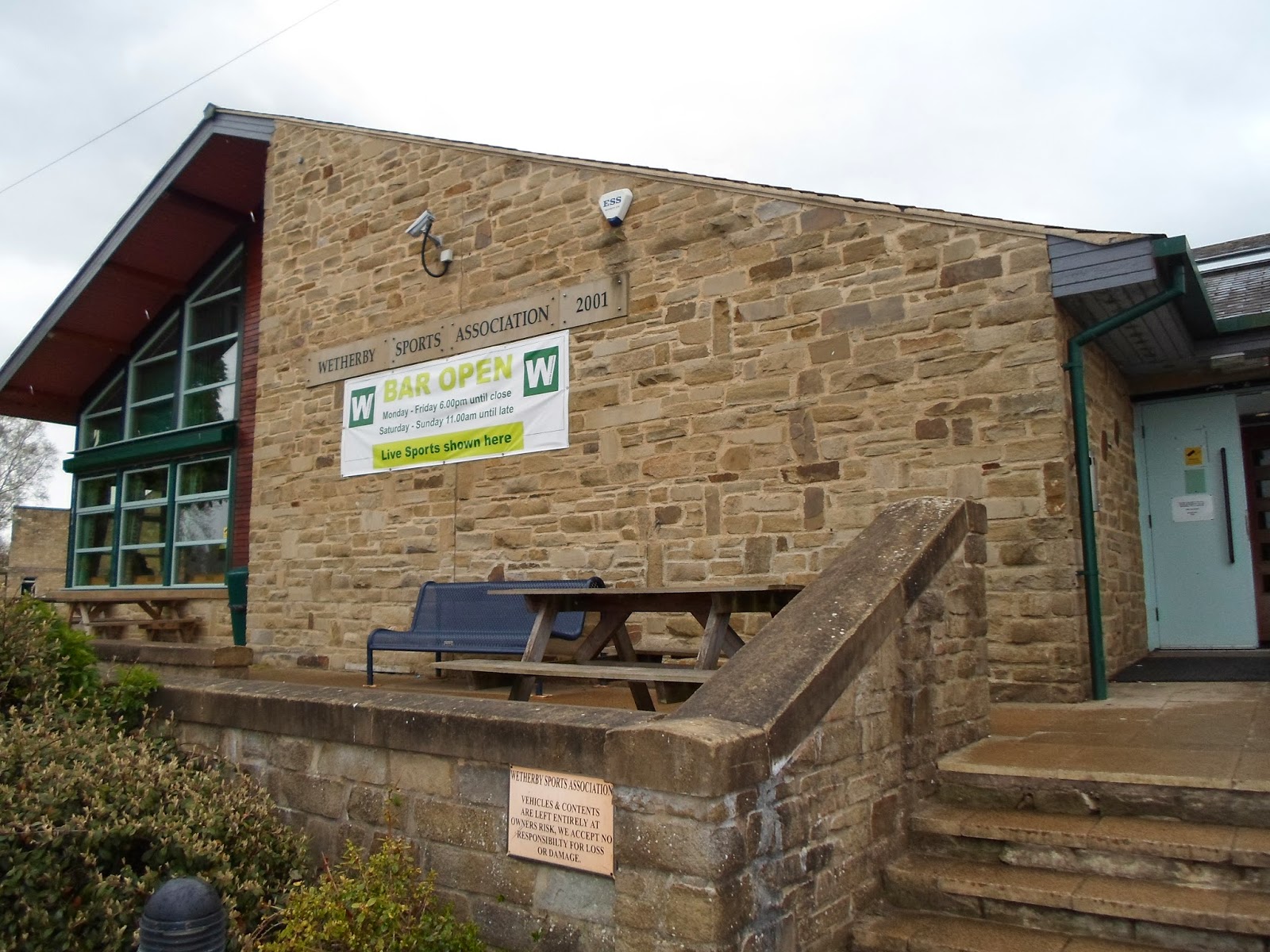 With the majority of the football in the north-east finished, its that part of the season when you look further a field for any remaining fixtures, and the closest match from home was in north Yorkshire in the market town of Wetherby, within the City of Leeds metropolitan borough in West Yorkshire.
I drove down to the match after finishing work picking up Lee and Katie in Houghton-le-Spring on the way. We arrived in the town an hour before kick off, so plenty of time for them to visit the Wetherby Whaler chippy before the match. 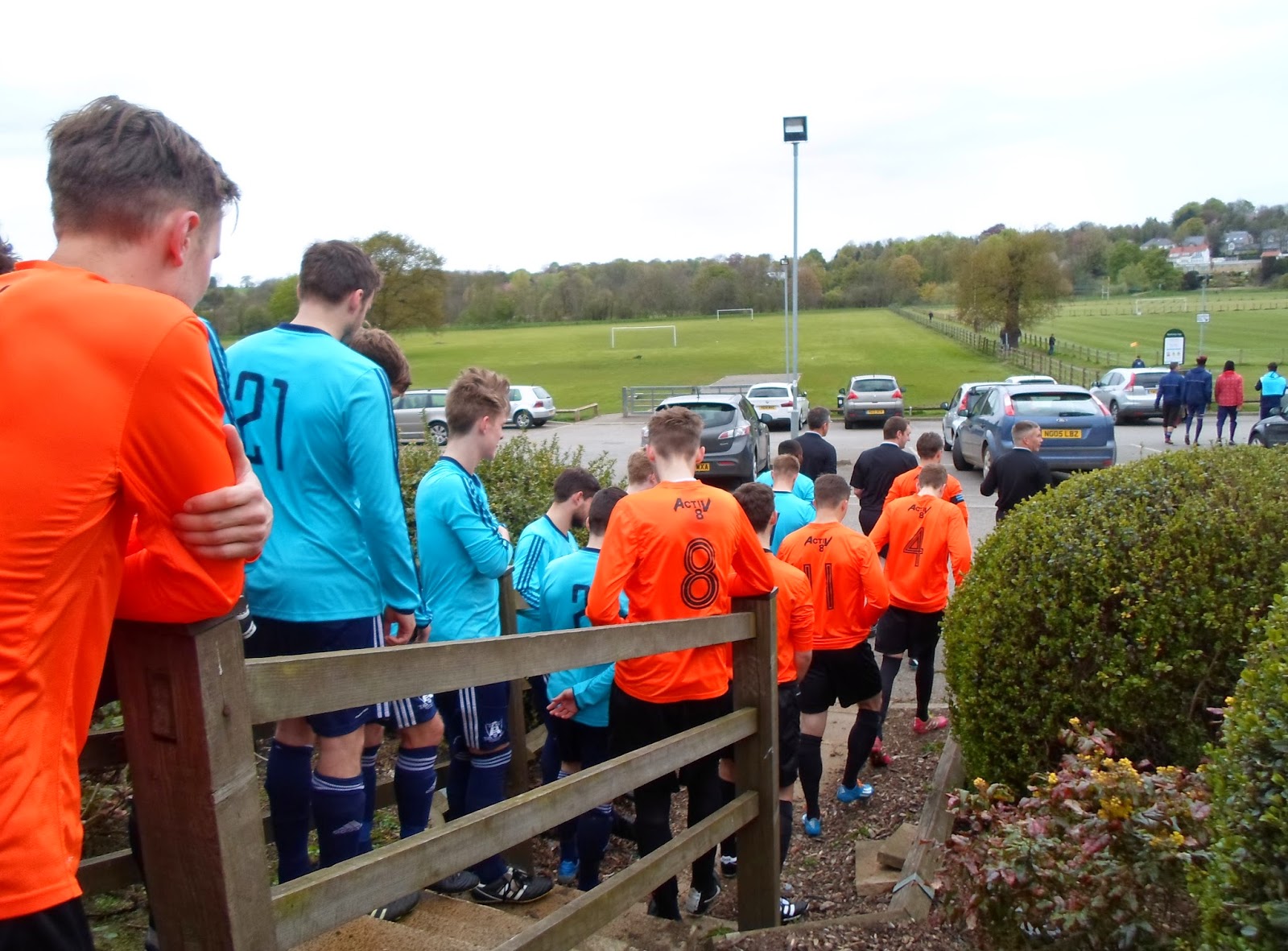 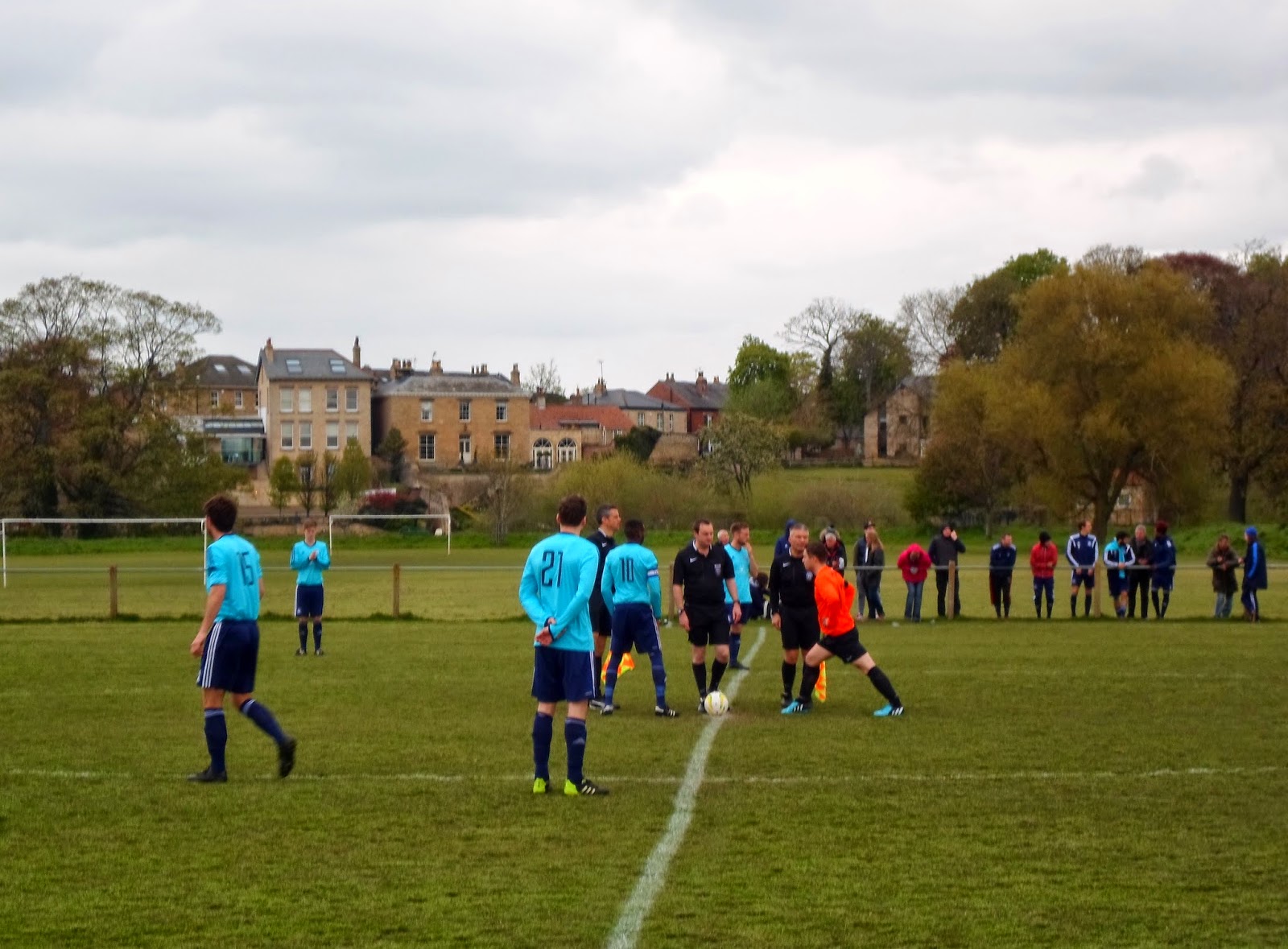 Wetherby stands on the River Wharfe, having been for many centuries a crossing place and staging post on the A1 Great North Road, in between London and Edinburgh. Wetherby Bridge which spans the river is a Scheduled Ancient Monument and a Grade II listed structure. The Old Great North Road passes through the town, so a large number of coaching inns were established which are still used by travellers today, and in its heyday there were up to forty inns and alehouses.
Wetherby is mentioned in the Domesday Book of 1086 as Wedrebi, thought to derive from wether- or ram-farm meaning "settlement on the bend of a river".
Wetherby is a place I’ve passed on the A1 thousands of times, but my only knowledge of the town is its racecourse and its famous chippy, a regular stop off point for the Newcastle United team coach and supporters after long road trips south in the 1980s. 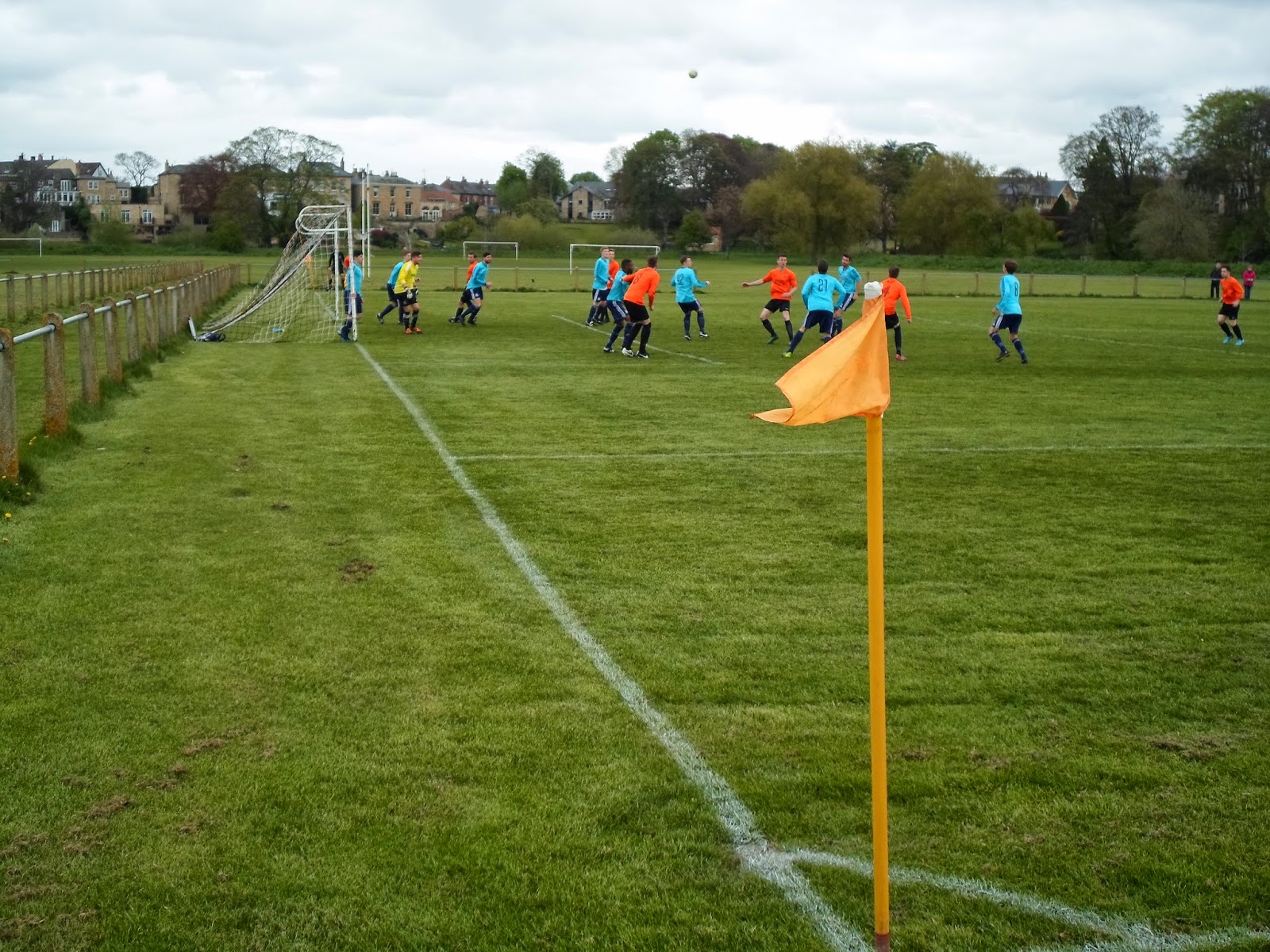 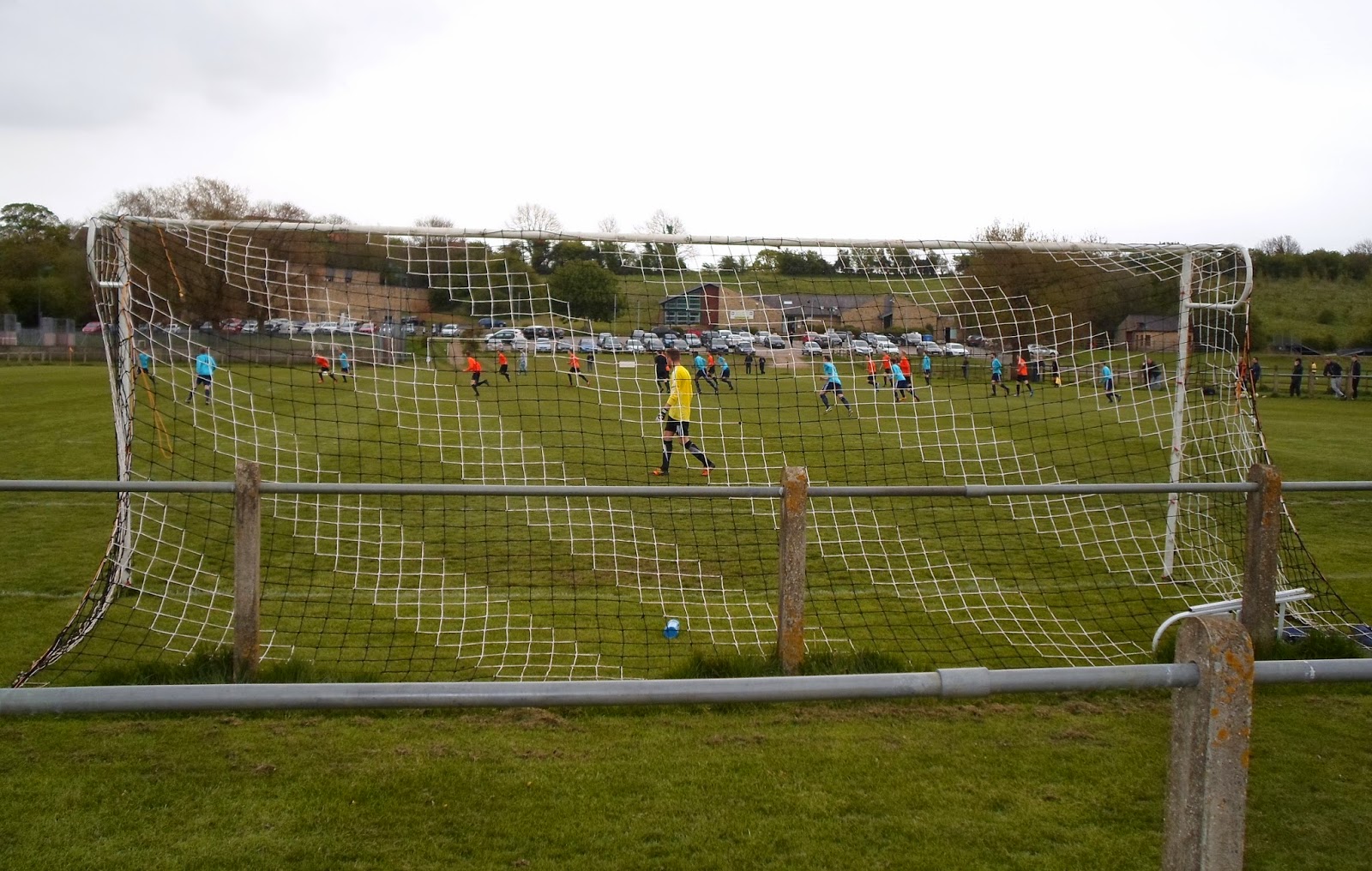 The club was formed in 1949, from the amalgamation of  Wetherby AFC and Wetherby Rovers FC. They currently runs seven senior sides and two ladies teams playing both Saturday and Sunday league football. The club are based at The Ings, which is an old word of Norse origin referring to water meadows and marshes. The Wetherby Ings by the River Wharfe on the south bank are used as parkland and for sports grounds for the town's football and rugby  teams.
The complex is home to all the town’s sporting clubs, as well as Wetherby Athletic, its hosted by Wetherby Bulldogs RLFC and Wetherby RUFC.
The main football pitch is opposite the Wetherby Sports Association Club, which has bar and hot drink facilities with Sky Sports on view. The building also houses the changing rooms which means a walk across the car park to the fully railed off pitch. 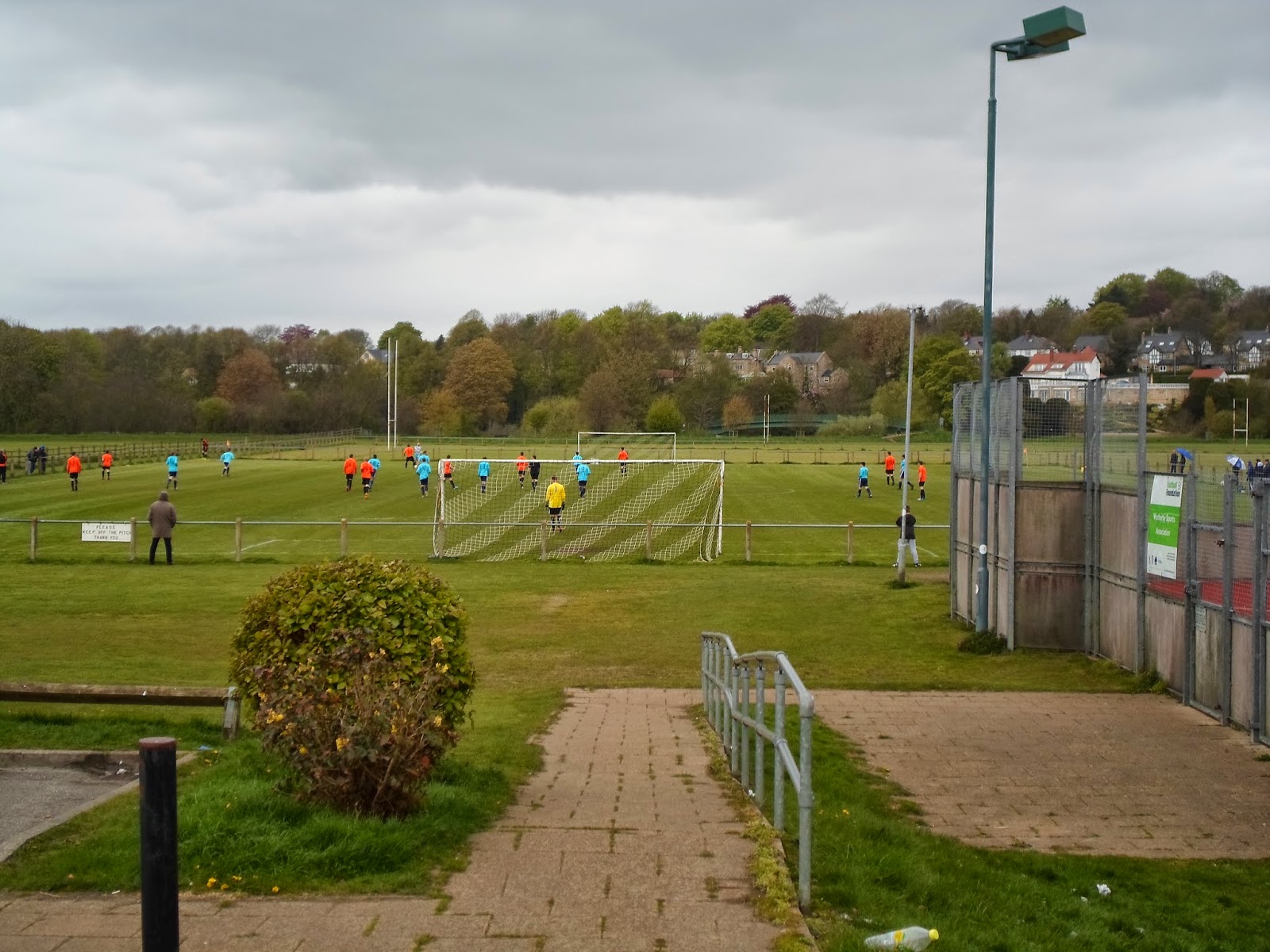 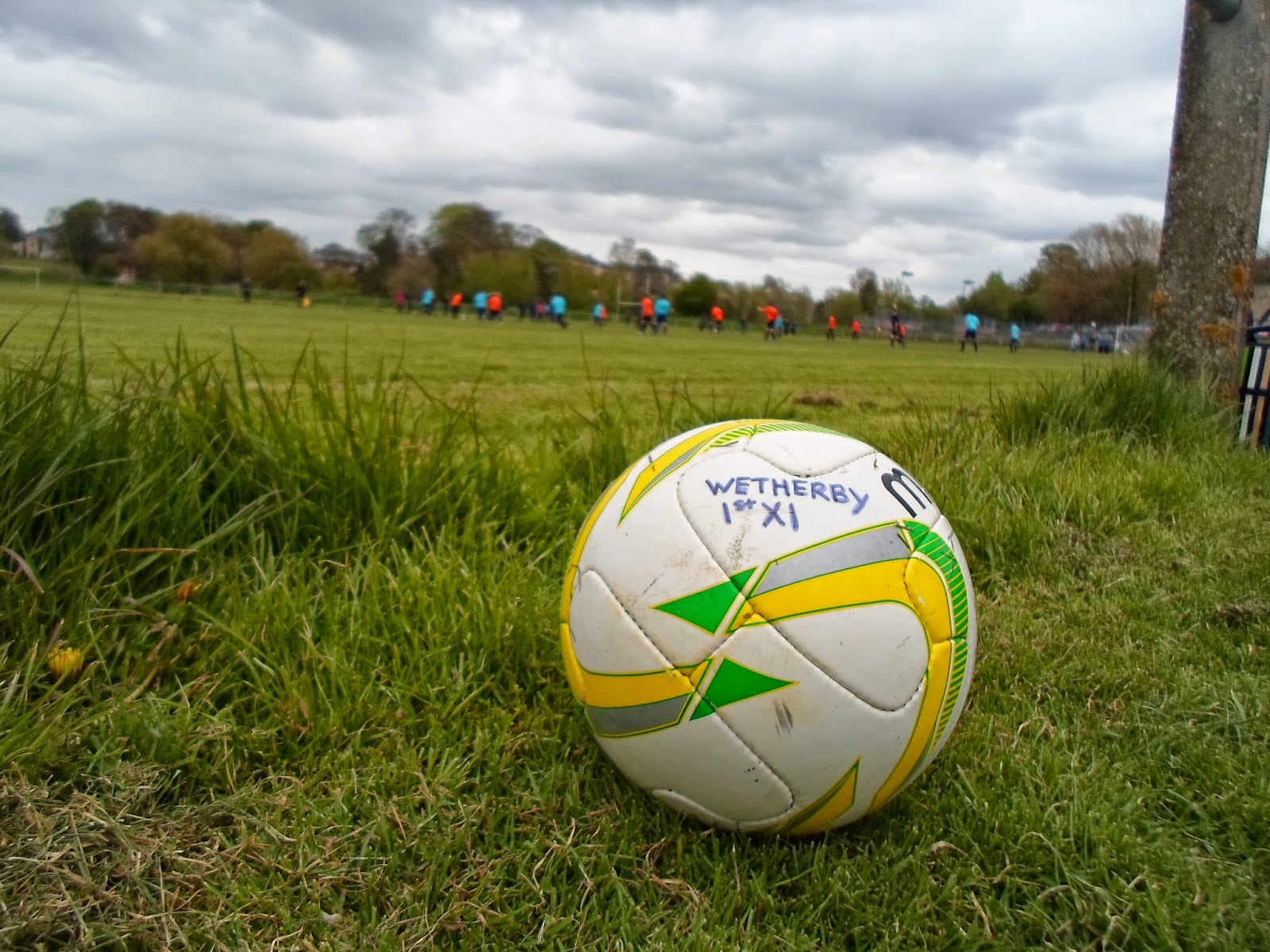 Wetherby Athletic hosted Leeds City, buoyant from their League Cup success on Thursday night. The visitors maintained their slim hopes of adding the league title to this seasons honours with a lovely strike from James Houchstrasser, picking the ball up on the edge of the box and placing his shot into the postage stamp of the goal on 36 minutes. Early in the second half Joe Tucker was on hand to fire in at the far post, finishing off a fine team effort to double their lead.
Wetherby finished the game strongly as the Leeds team began to flag after playing two matches within the space of 48 hours and halved the deficit with twenty minutes remaining when Luke Duberry got on the end of a corner kick to head home from close range, but City just managed to hold on and take home the three points.