Around The Alliance - part fourteen 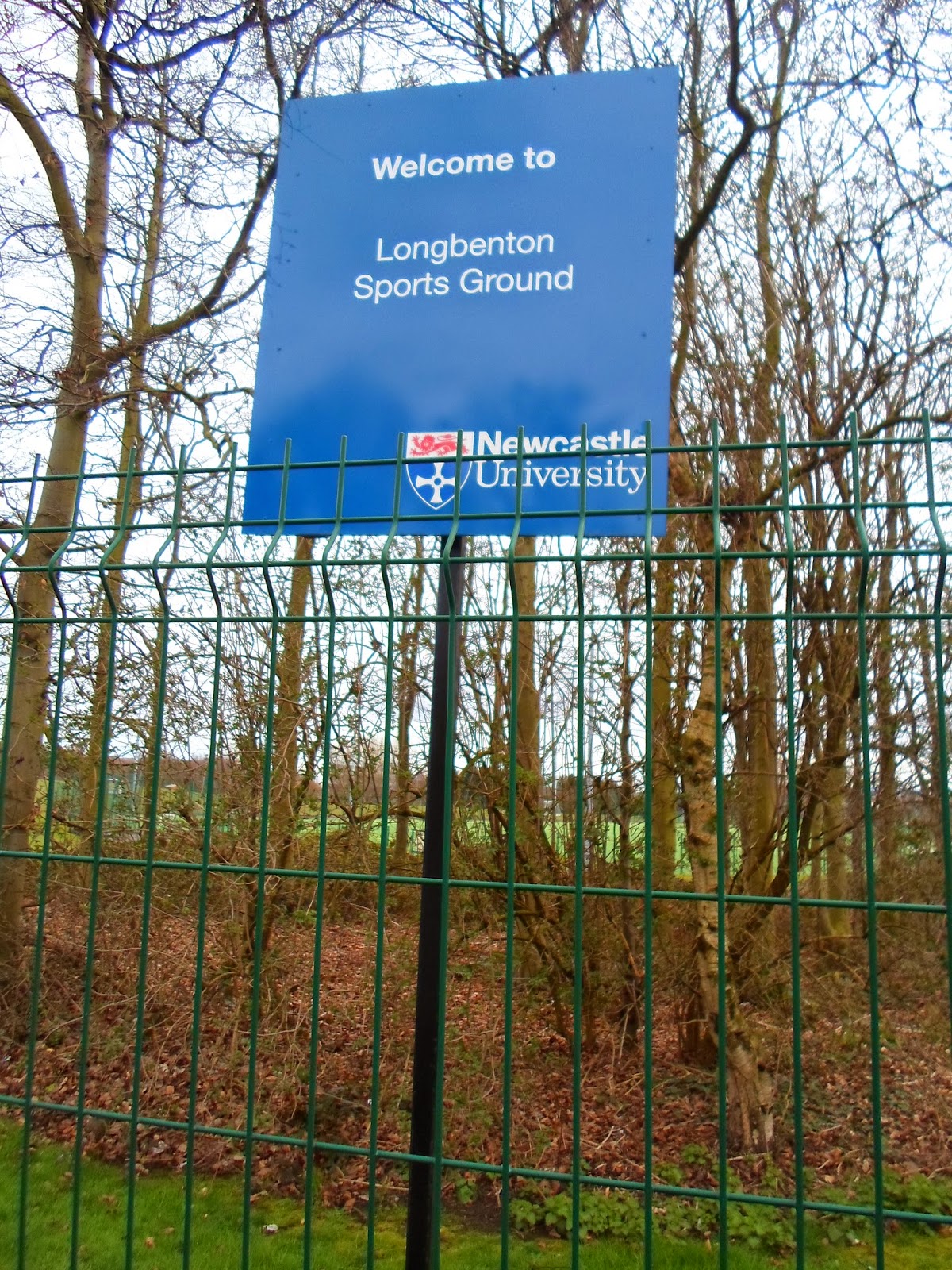 During this season Newcastle University have moved around the corner from Cochrane Park to the University facility at the Longbention Centre. The ground is at the top of Coach Road beside the home of Team Northumbria which is basically just next door. The centre has the changing room facilities at the entrance by the car park with the 3G pitch at the bottom, past the Stan Calvert Memorial Pitch which is home to the University’s women's hockey team. The pitch is the usual uniformed 3G affair, fully caged with four pylons on each side. 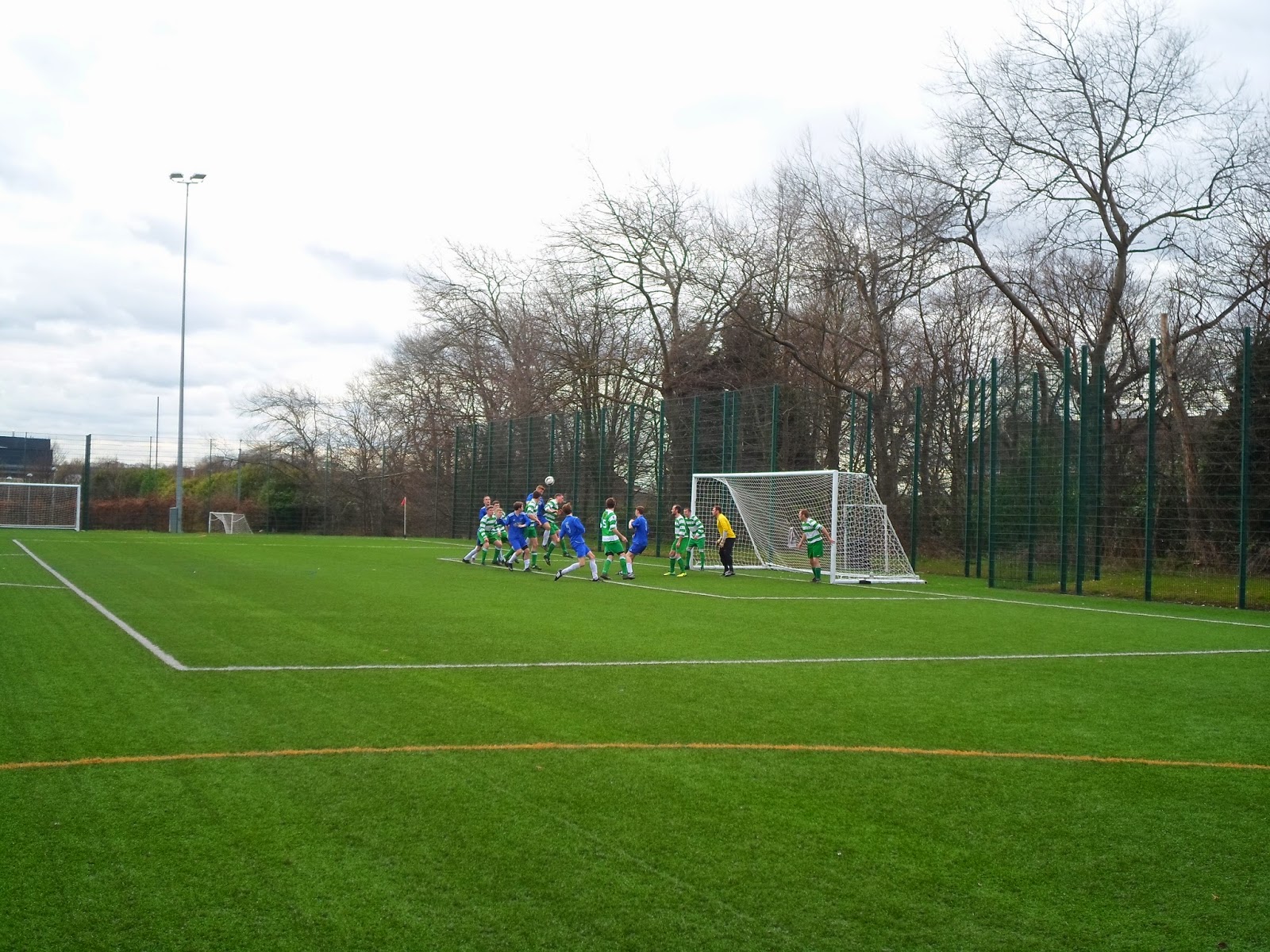 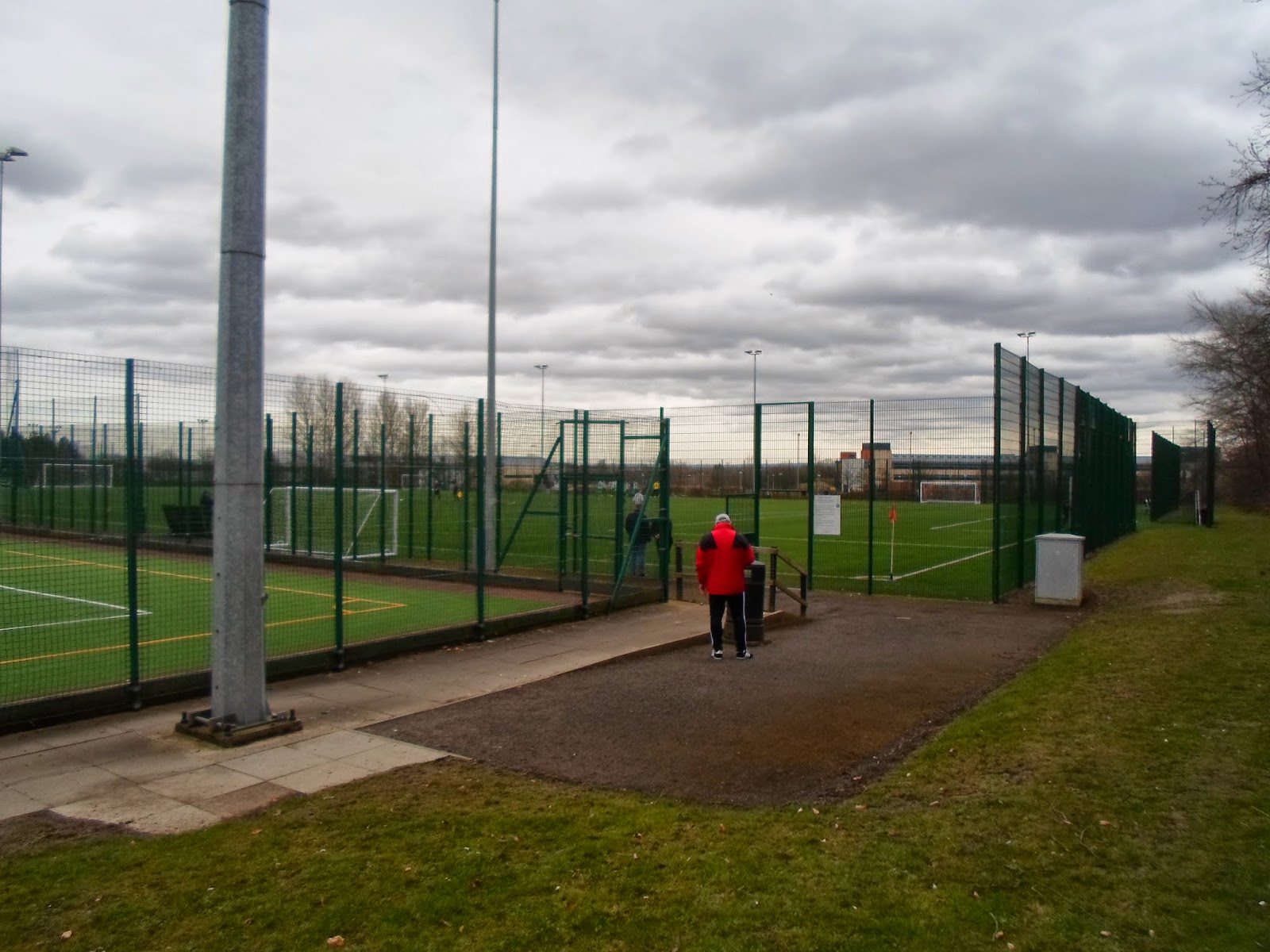 The University team applied the pressure in the early stages but Hexham broke the deadlock with their first attack when Kurtis Harvey turned in a low cross from close range.
The home team were finally reward for their positive start in the 18th minute when Matthew Baldwin robbed the defender before slotting in from the inside left channel, but minutes later they fell behind again, after a foul by the ‘keeper on Lancaster saw Harvey grab his second from the penalty spot.

After the restart Hexham extended their lead when Lewis Loughhead met a left wing cross to fire in his right foot shot into the far corner, before Nick Harrison nipped in the pull one back just before the hour mark.
The best moment of an open entertaining game came on 63 minutes, when Tony Lancaster picked up the ball in midfield and fired in from 25 yards to put Hexham 4-2 up. At this stage it looked game over, but the hosts finished the match in the same manner as they started to snatch a well earned point.
On 70 minutes a free kick was nodded into the path of Harrison who was left with an easy task from inches out, then ten minutes later substitute Lewis Whybrow stayed onside to fire in under the ‘keeper to give the Uni an equal share of the eight goals. 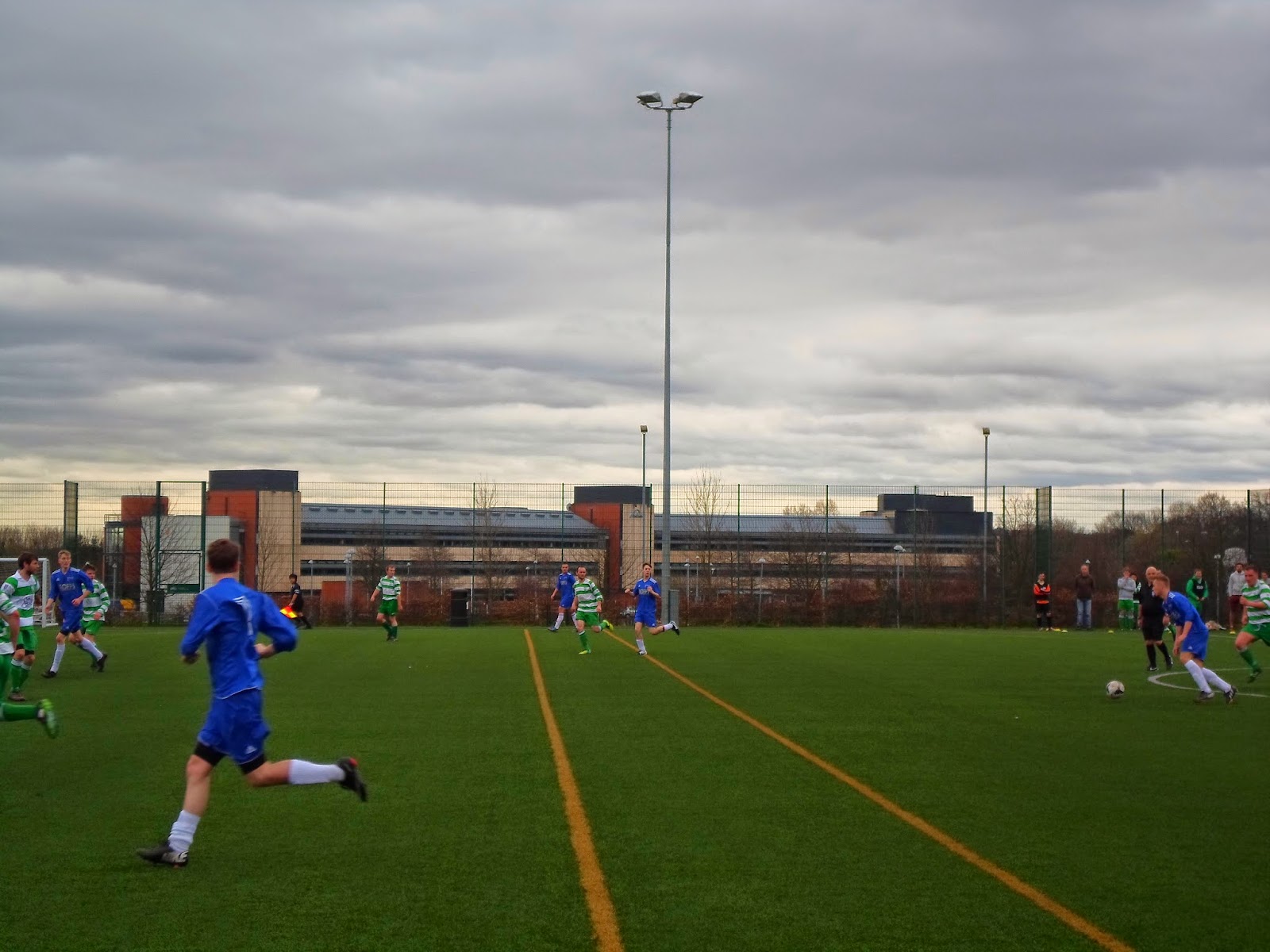 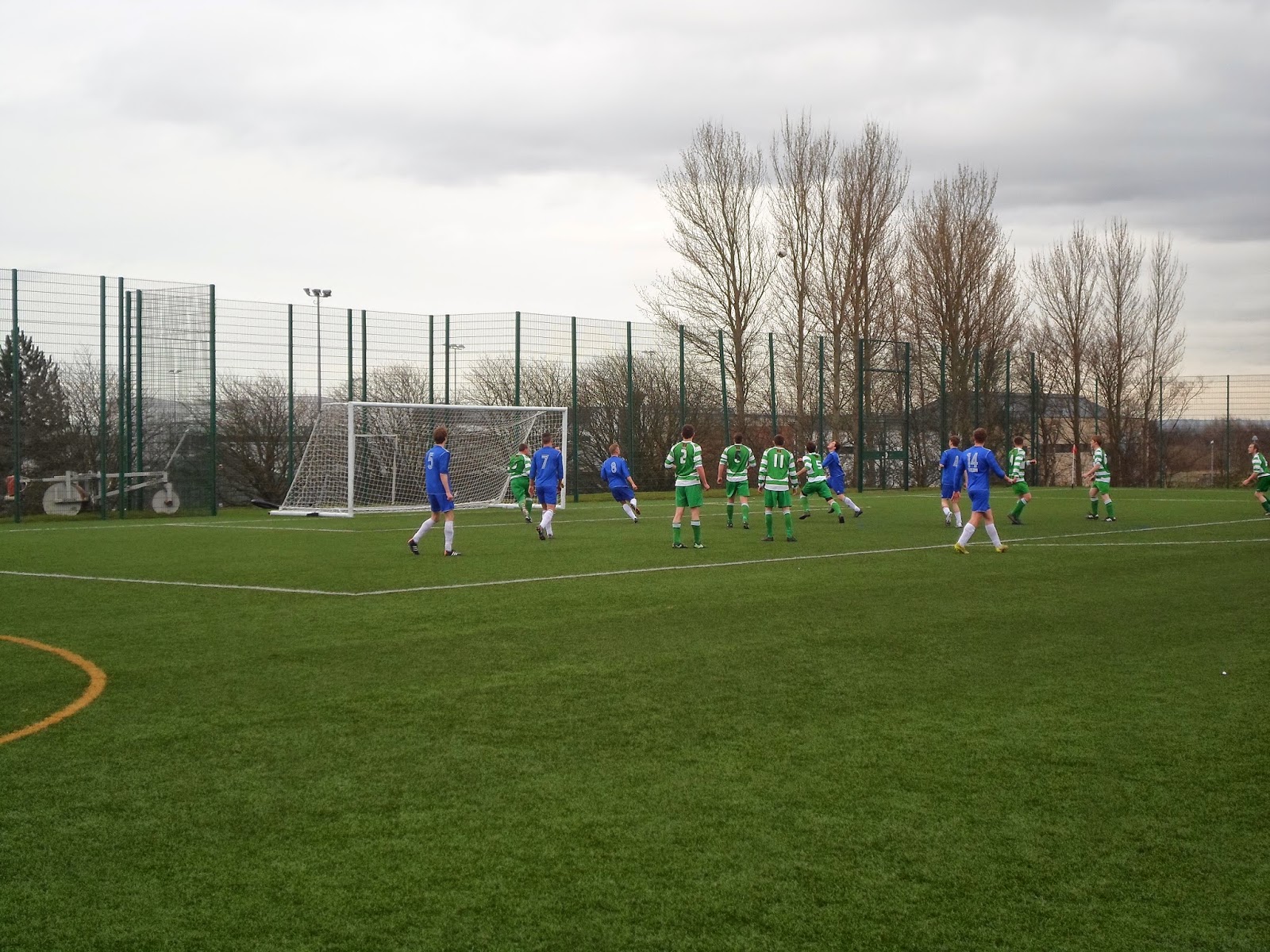 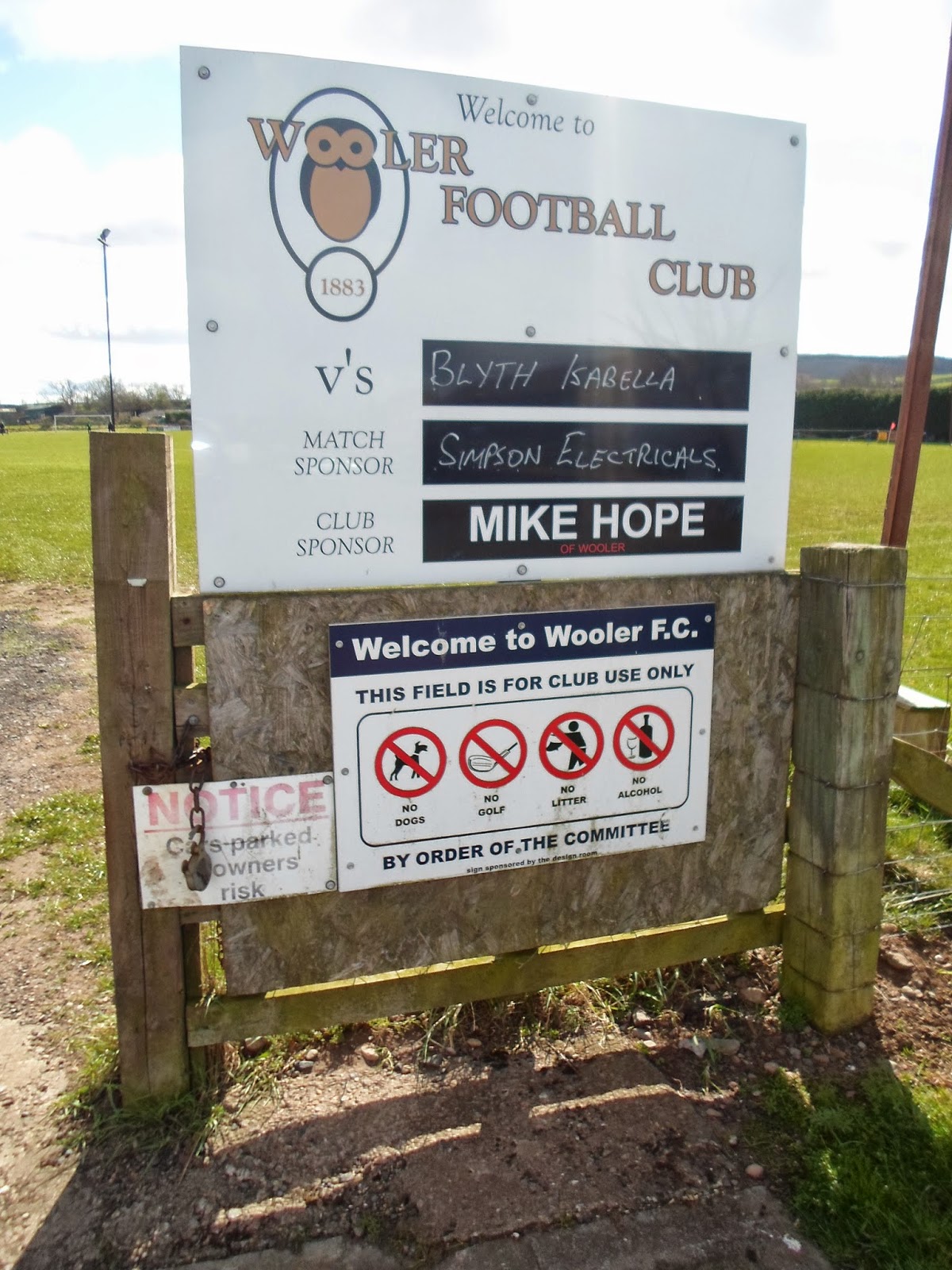 Wooler is a small town on the edge of the Northumberland National Park on the main A697 road which runs between Morpeth and the Scottish Border at Coldstream. The market town is referred to as the "Gateway to the Cheviots" and is a popular base for ramblers, found on the St. Cuthbert's Way long distance trail between Melrose Abbey and Lindisfarne.

Wooler FC date back to 1883, having played in the North Northumberland League which they last won in season 2011-12. The club stepped up to the Northern Alliance Division Two the following season and after a fourth place finish and a rejigging of the divisions, they were promoted to Division One. 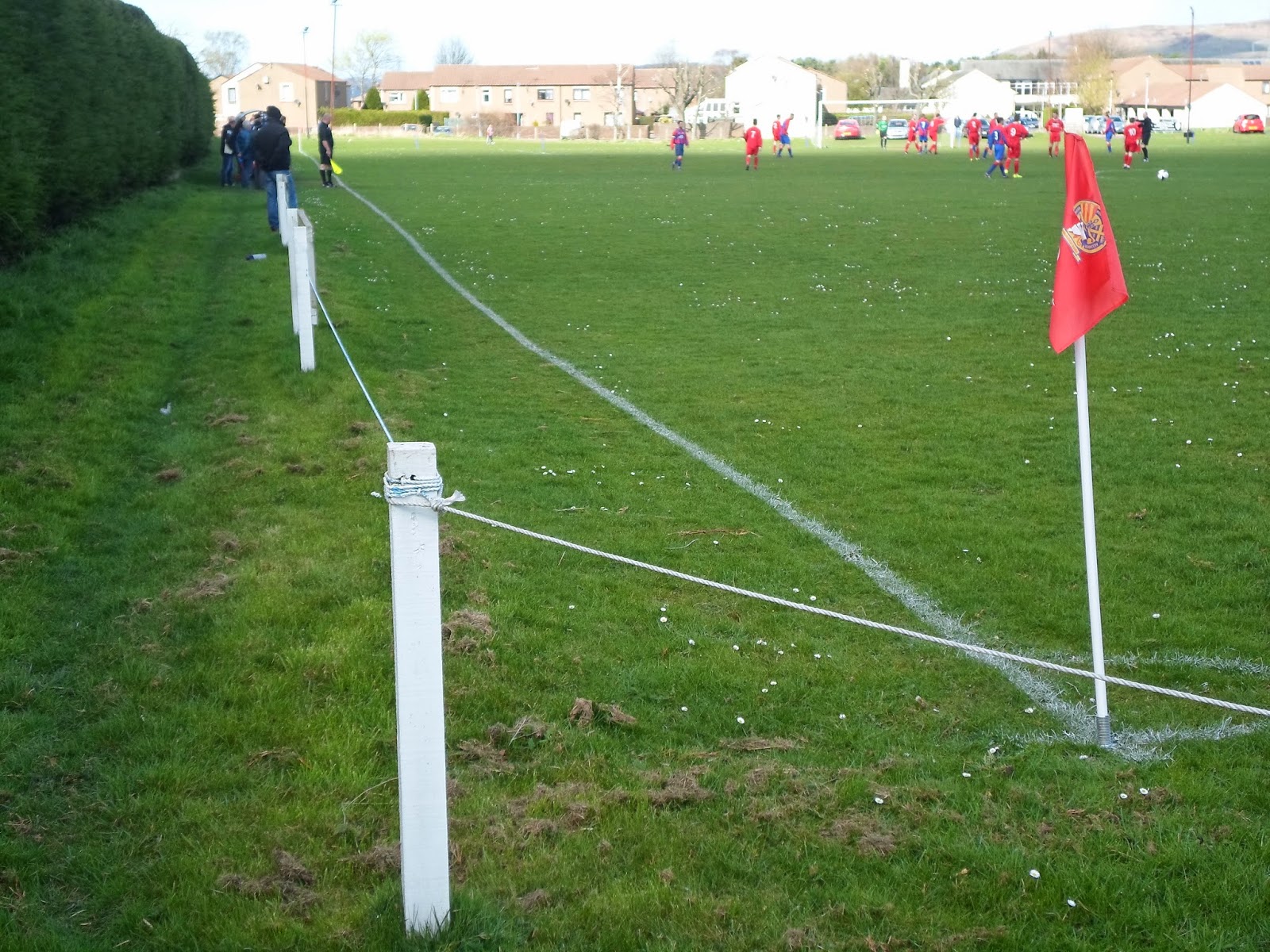 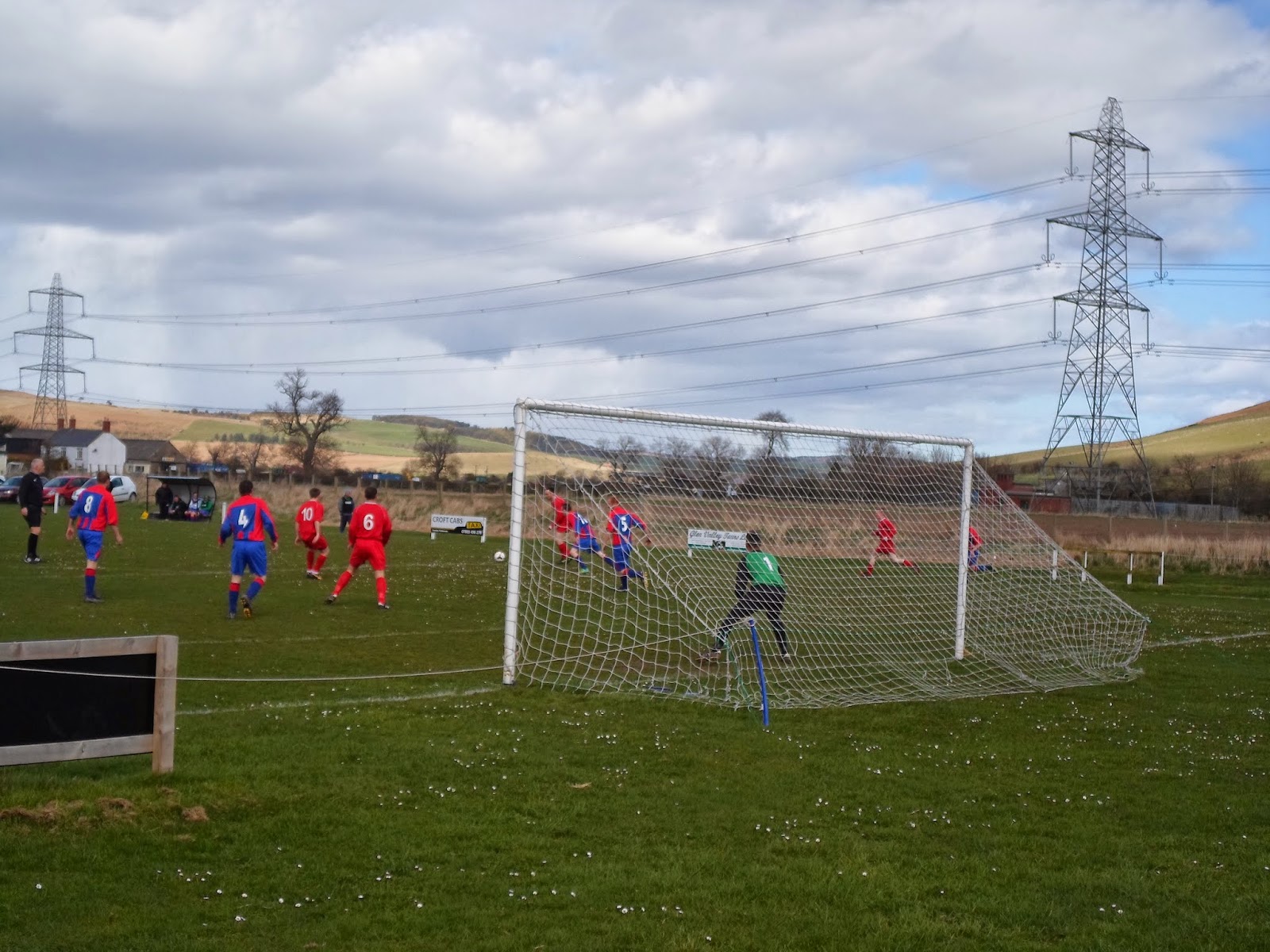 The Northern Alliance website has the ground named as “The Martins” which is the side street which leads into (according to Google Maps) Bridgend Park. The ground is found on the edge of the town just off the A697 South Road, which is roped off with advertisement boards and benefits from a larger hedgerow down one side. There is a singular dugout at each side with the changing room cabin in the corner by the entrance

Wooler suffered their 18th defeat of the season to Blyth Isabella with the match settled by two early goals. In the fourth minute a deep free kick aimed at the far post was squared back into the box for Jordan Wilson to fire in. The hosts made a poor start and were punished minutes later when Michael Meins burst through the centre of midfield before easily outrunning the defence and slotting the ball home.
Both teams carved out plenty of chances with Wooler improving in the second half, but it was evident that a lack of a decent finisher is the reason this youthful team is anchored at the foot of the table. 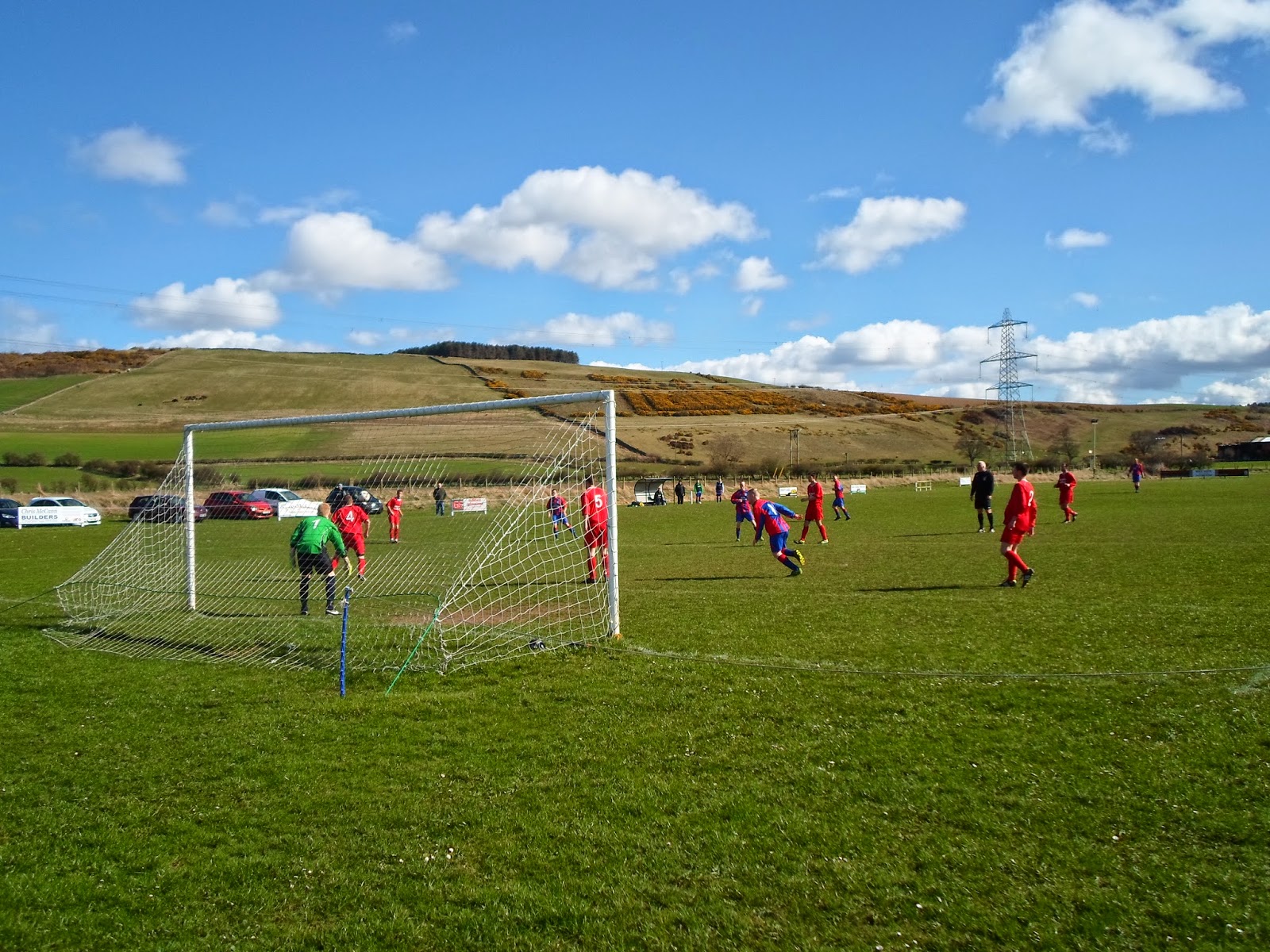 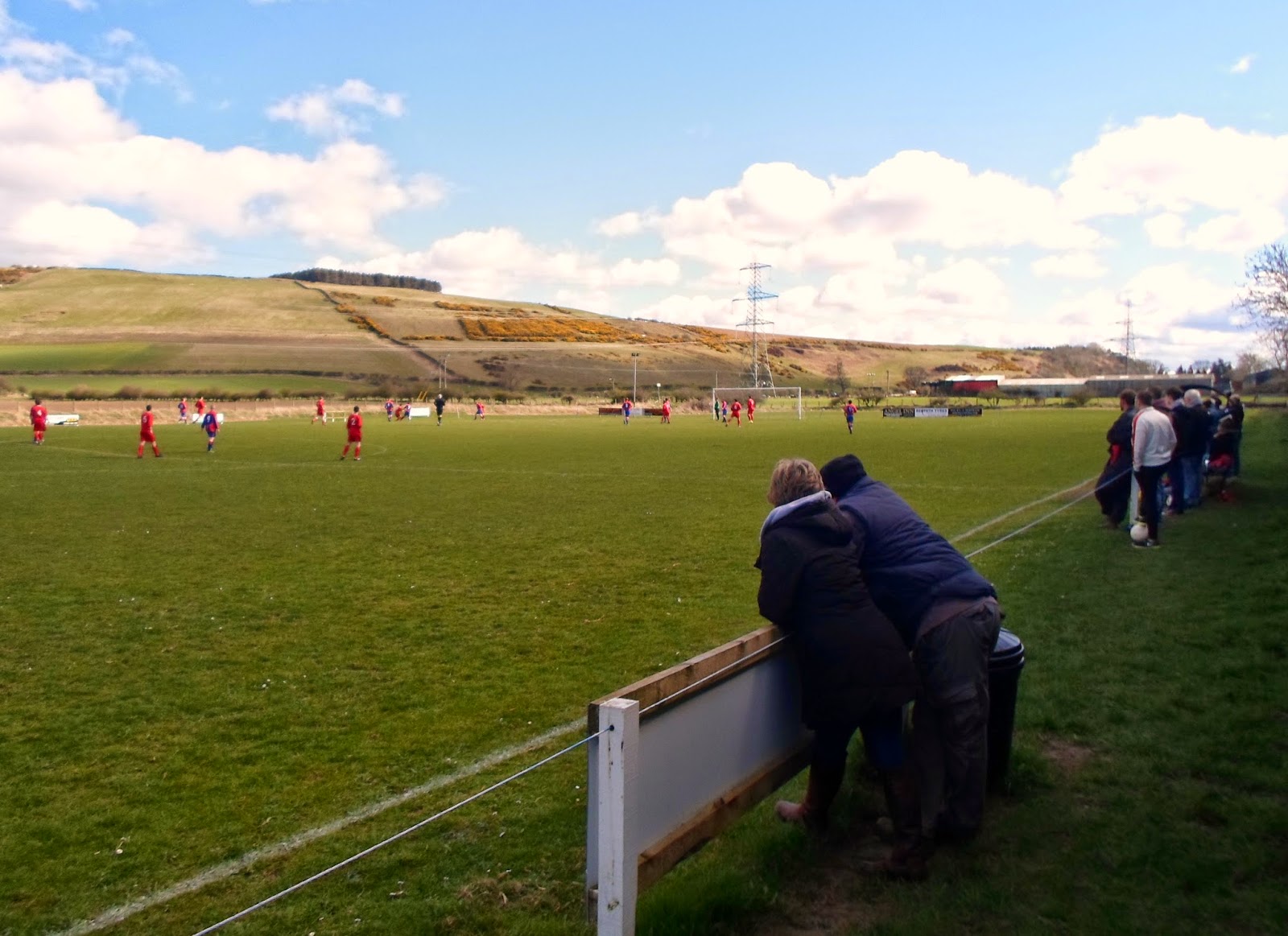 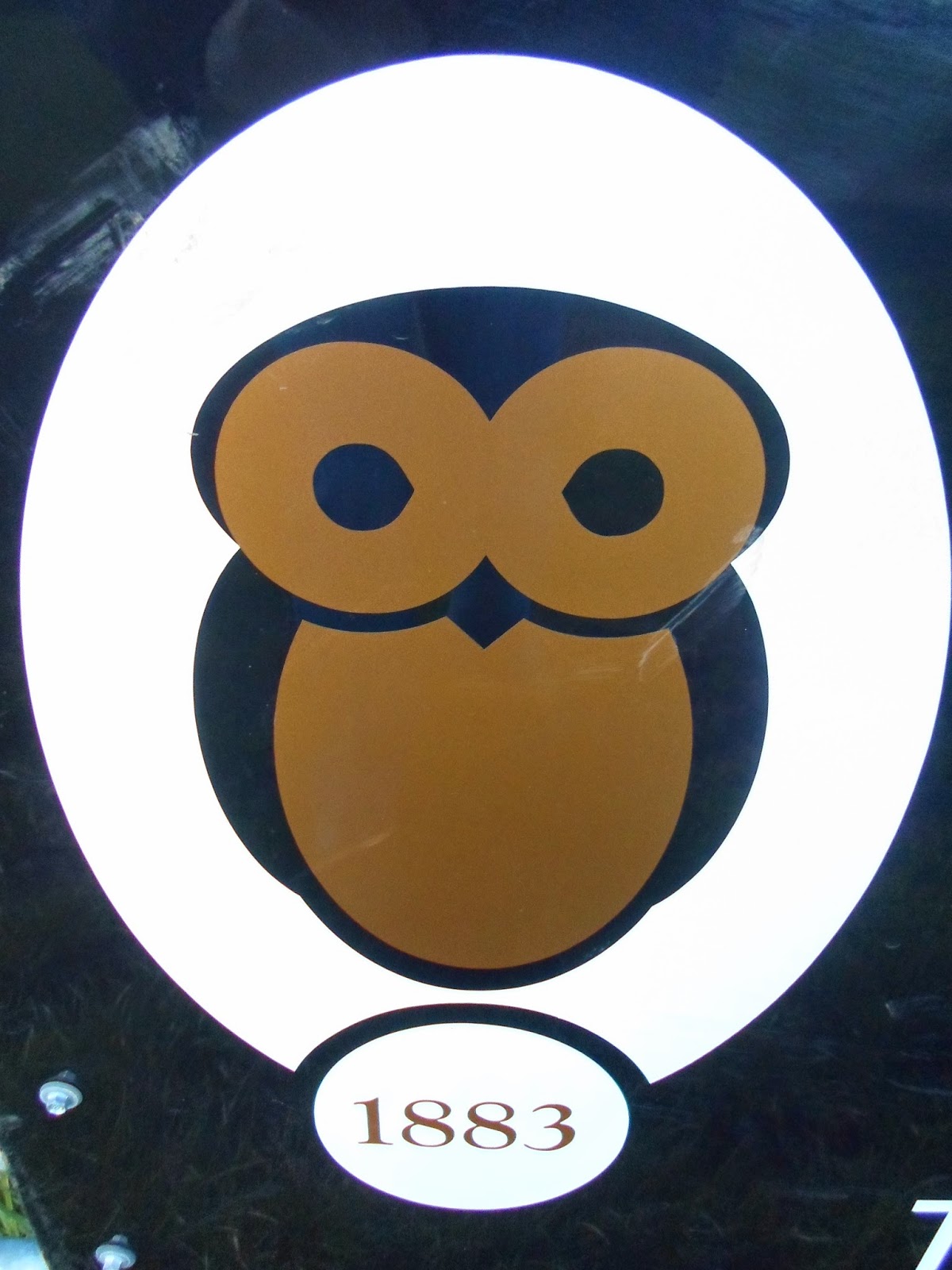 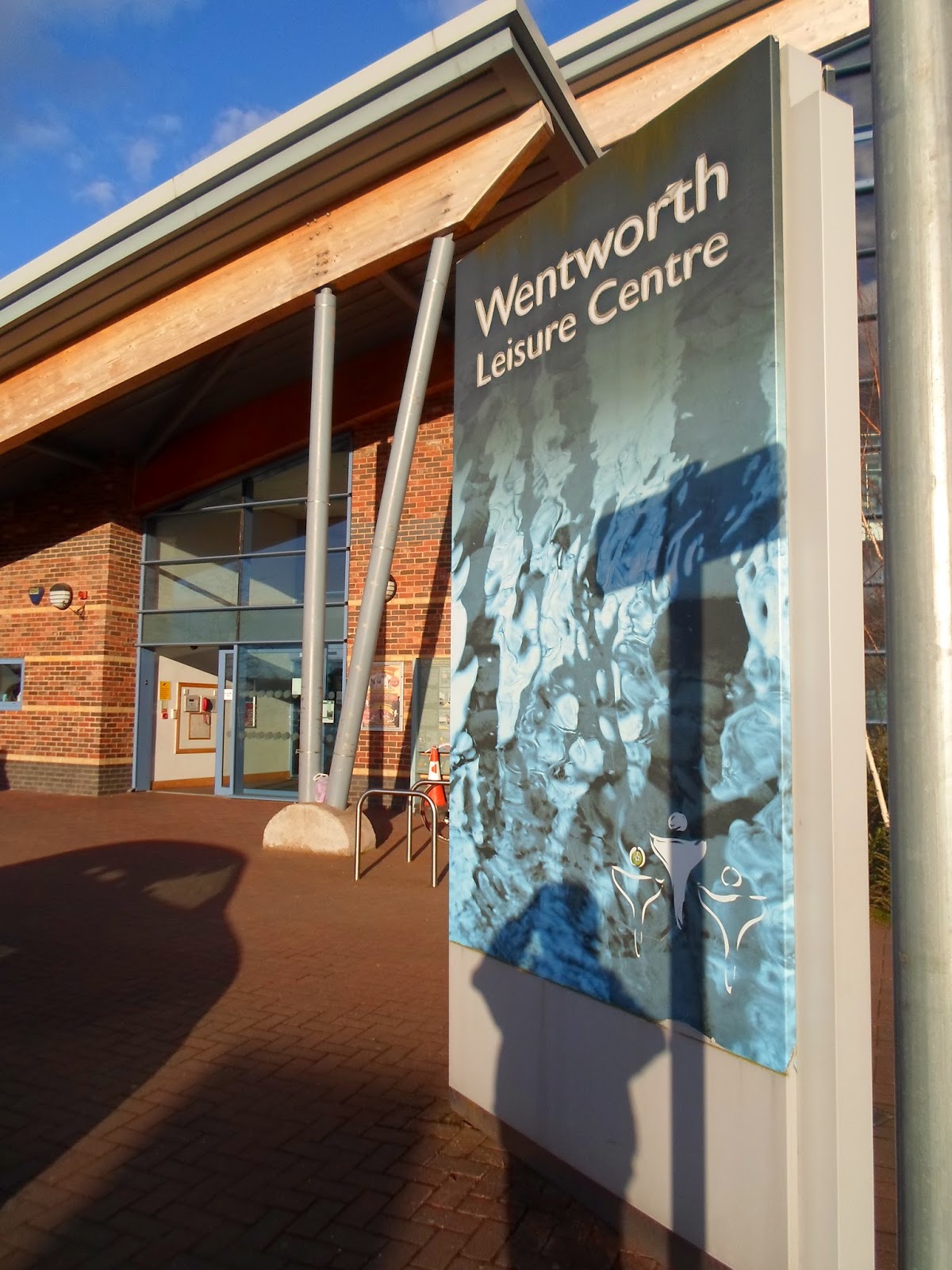 Hexham is a market town and civil parish in Northumberland in the former district of Tynedale, located just south of the River Tyne. The town is located 28 miles west of Newcastle and is just six miles from Hadrians Wall. Hexham Abbey originated as a monastery founded by Wilfrid in 674. The crypt of the original monastery survives, and incorporates many stones taken from nearby Roman ruins at Coria and Hadrian's Wall. The current Hexham Abbey dates largely from the 11th century  but was significantly rebuilt in the 19th century. Other notable buildings in Hexham include the Moot Hall, the Old Gaol and the covered market.

Hexham FC was formed as a junior club in 2002 with the union of two teams in the town; the Bears and the Tigers. The club took their green and white hooped kit in honour of Hexham Hearts, who were a top senior club after the Second World War. In 2005 they became a Charter Standard Development Club, with junior teams covering all age groups and a senior side which joined the Northern Alliance Division Two in 2006. The seniors were Division Two champions in 2011-12 winning promotion to Division One where they've played since. 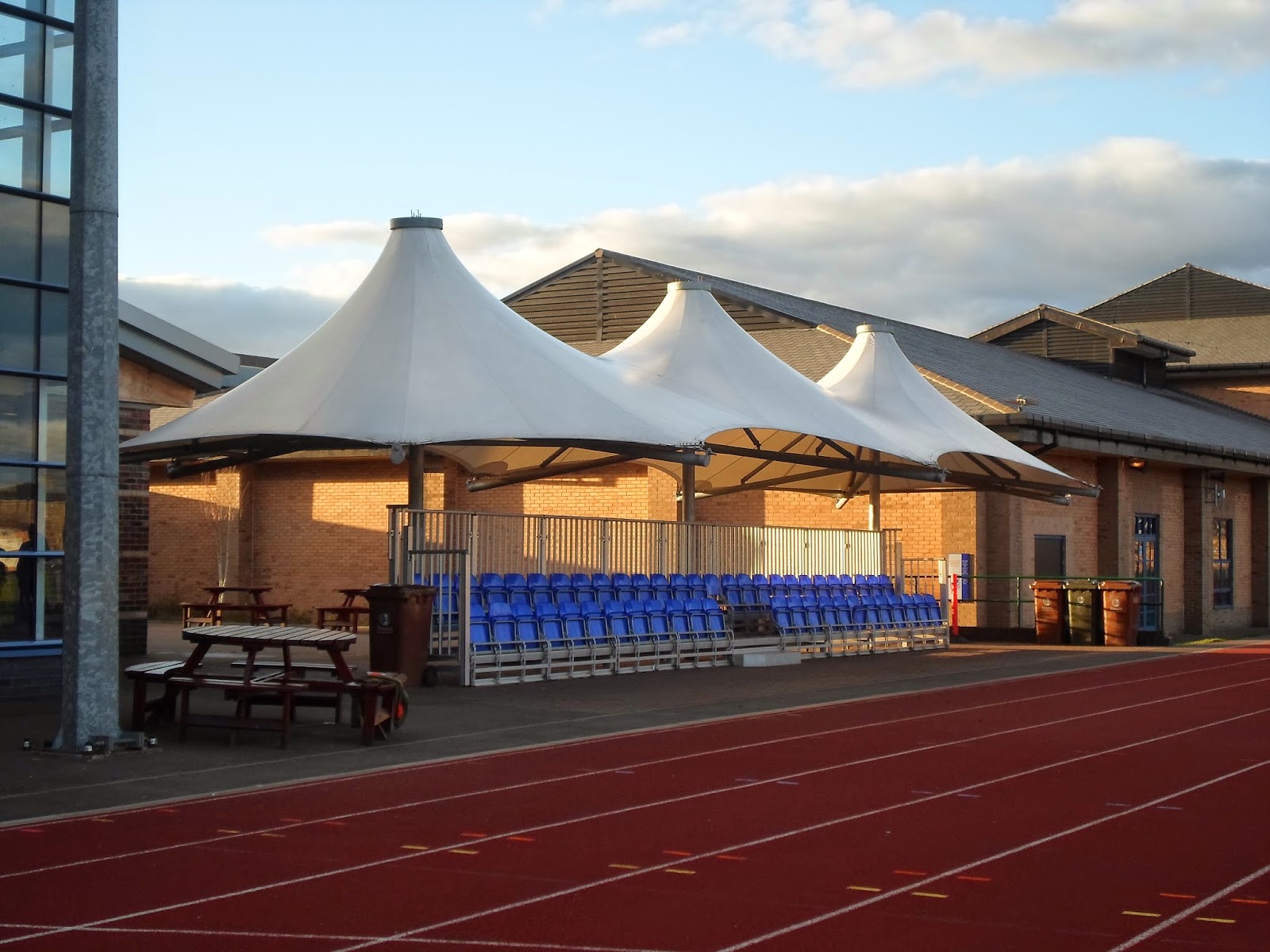 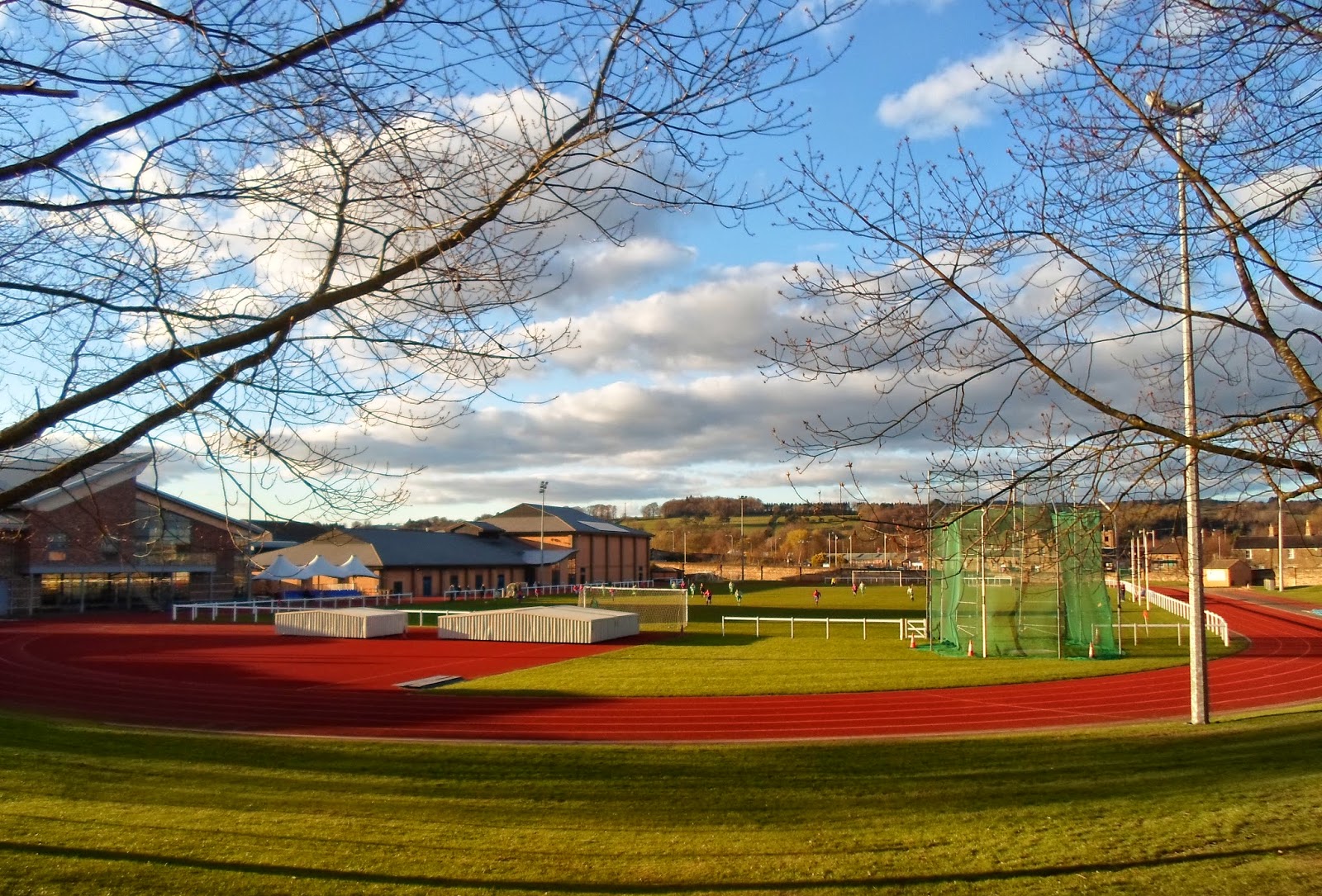 The Wentworth Leisure Centre is found next to the town’s main car park and opposite the train station. The changing rooms are within the centre with a fully railed off pitch adjoining the main building. There is one dugout on each side with a 50 seater stand which sits in front of the eight lane running track. There are eight floodlight pylons which meant tonight's game could kick off at 7pm, instead of the usual 6.15pm at this stage of the season.

After seeing both teams in action recently I was expecting a good open contest and that’s exactly what we got, with the match settled deep into stoppage time. Hexham took the lead in the 18th minute with another cracking goal from Tony Lancaster, who ran onto a through ball in the centre of midfield and blasted in an unstoppable drive from 20 yards.

Isabella applied the pressure for much of the second half and equalised on the hour mark when Matthew Lavender was on hand to slide in a right wing cross. At this point there was only one team in it, and they could have settled matters in the last minute when a close range header was brilliantly saved by Sean Heads, who somehow managing to claw the ball over from just under the crossbar. That save looked to have earned his side a precious point but as it turned out it was three, as moments later Luke Parkinson connected with a through ball on the left flank and fired into the roof of the net. A valuable win for Hexham at the foot of the First Division, who remain second bottom but are only 3 points behind rivals Isabella and New Fordley with games in hand. 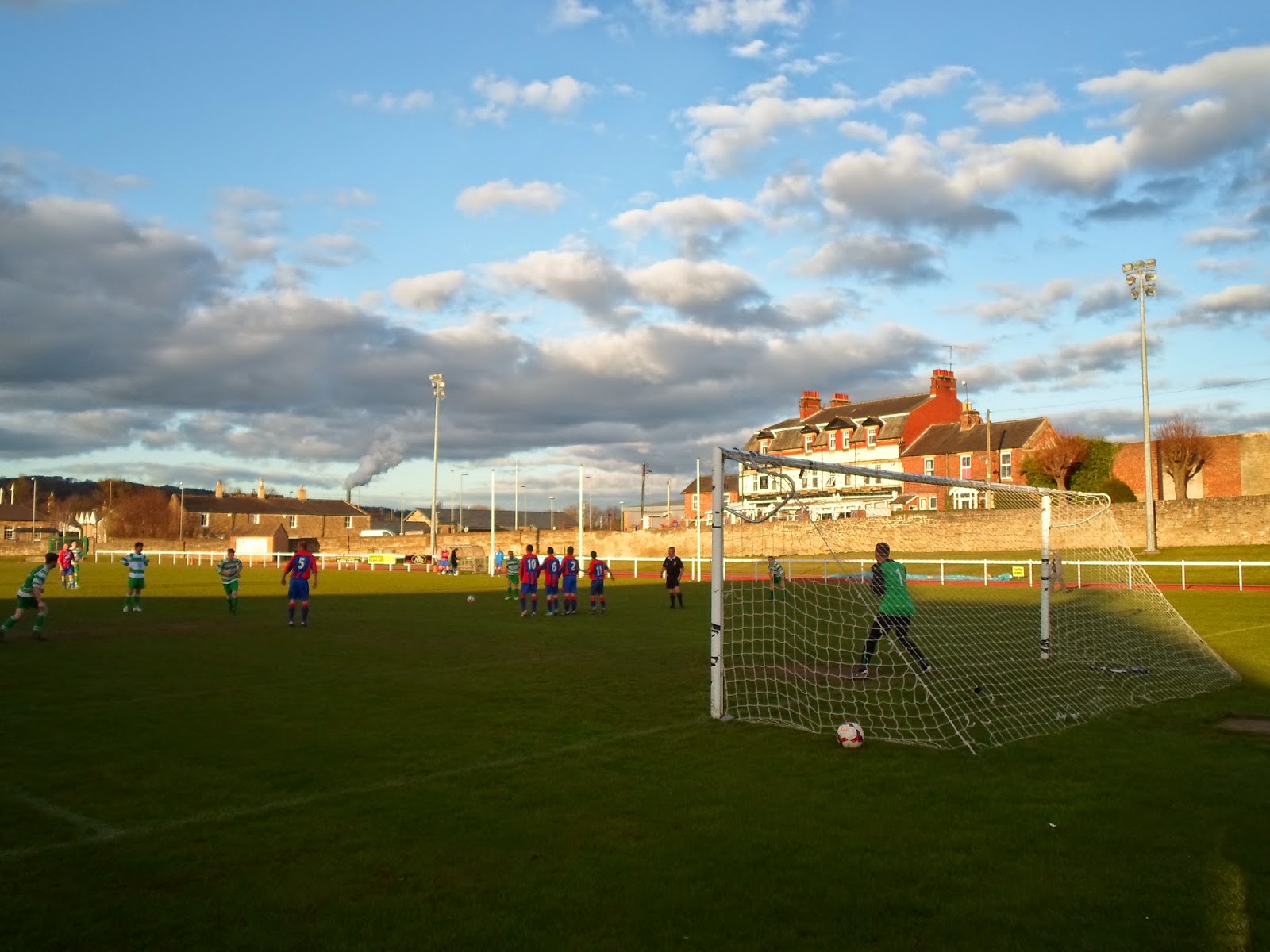 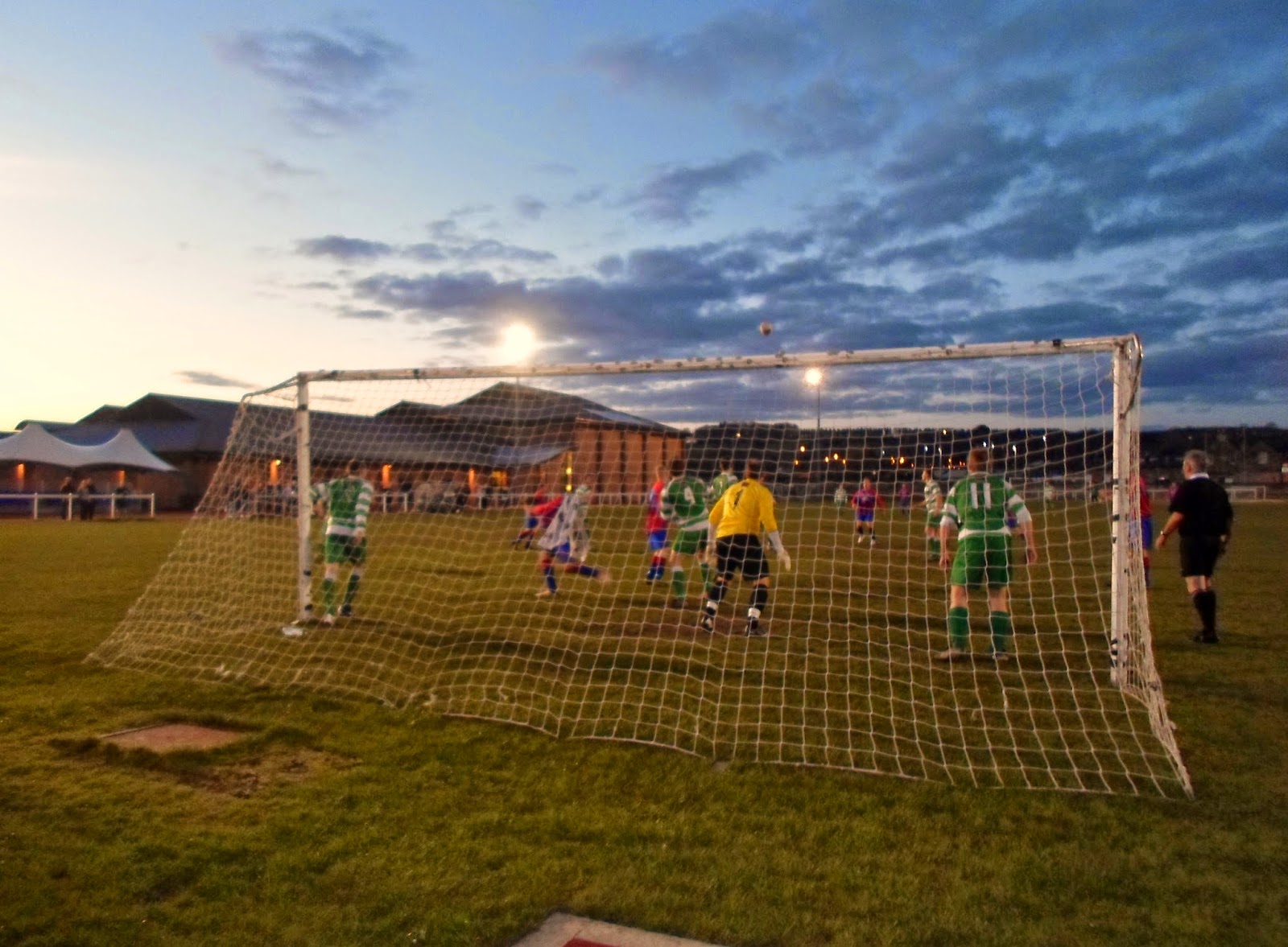