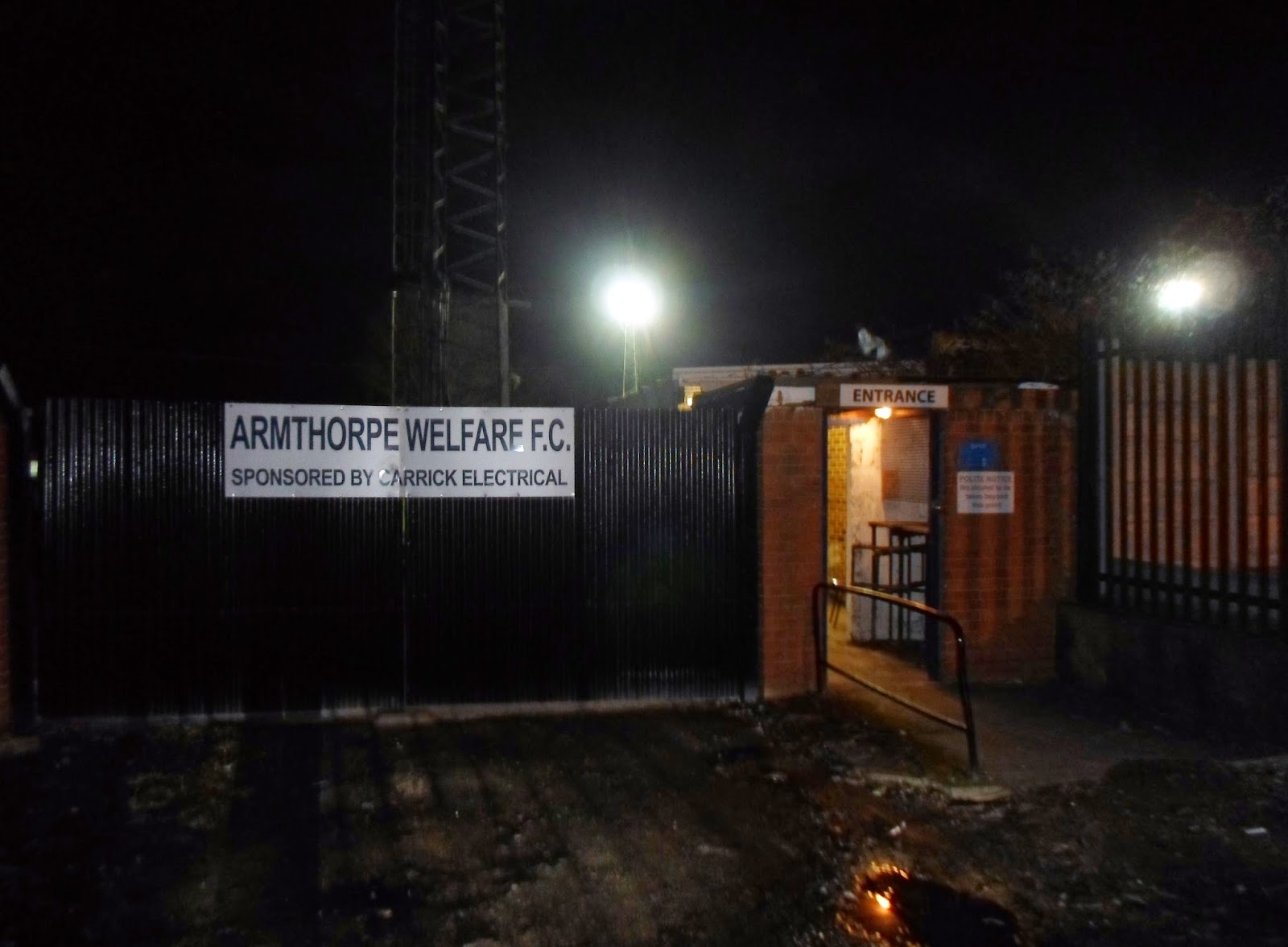 Whereabouts and Whatsabouts
Armthorpe is a village and civil parish in the Metropolitan Borough of Doncaster in South Yorkshire. The settlement of Armthorpe is recorded in the 1086 Domesday Book as 'Ernulfestorp', being the property of the monks of Roche Abbey near Maltby.
The village name shows Viking origins, translating as a farmstead or hamlet from the Old Scandinavian word “thorp” owned by of a man named either Earnwulf or Arnulfr.
The population of Armthorpe increased when the deep seam Markham Main Colliery was sunk in 1916, with a model village constructed for the mining workers, when coal was first recovered in 1924. The pit closed in 1996 and the old colliery site is now a large housing estate, with a thriving community with parks and tracks for walkers and cyclists to the local wood. 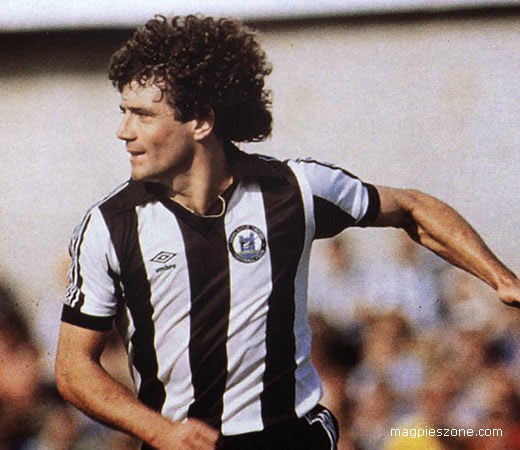 When I think of Armthorpe one person immediately springs to mind; former England international player and manager Kevin Keegan. The one-time “King of Newcastle” was born in the village on Valentines Day 1951 and went on the have a successful playing career at Scunthorpe, Liverpool, SV Hamburg, Southampton and Newcastle United. He also won 63 England caps and in his managerial vocation almost achieved the impossible dream of guiding the Toon to a first piece of much sought after silverware for this trophy starved generation. 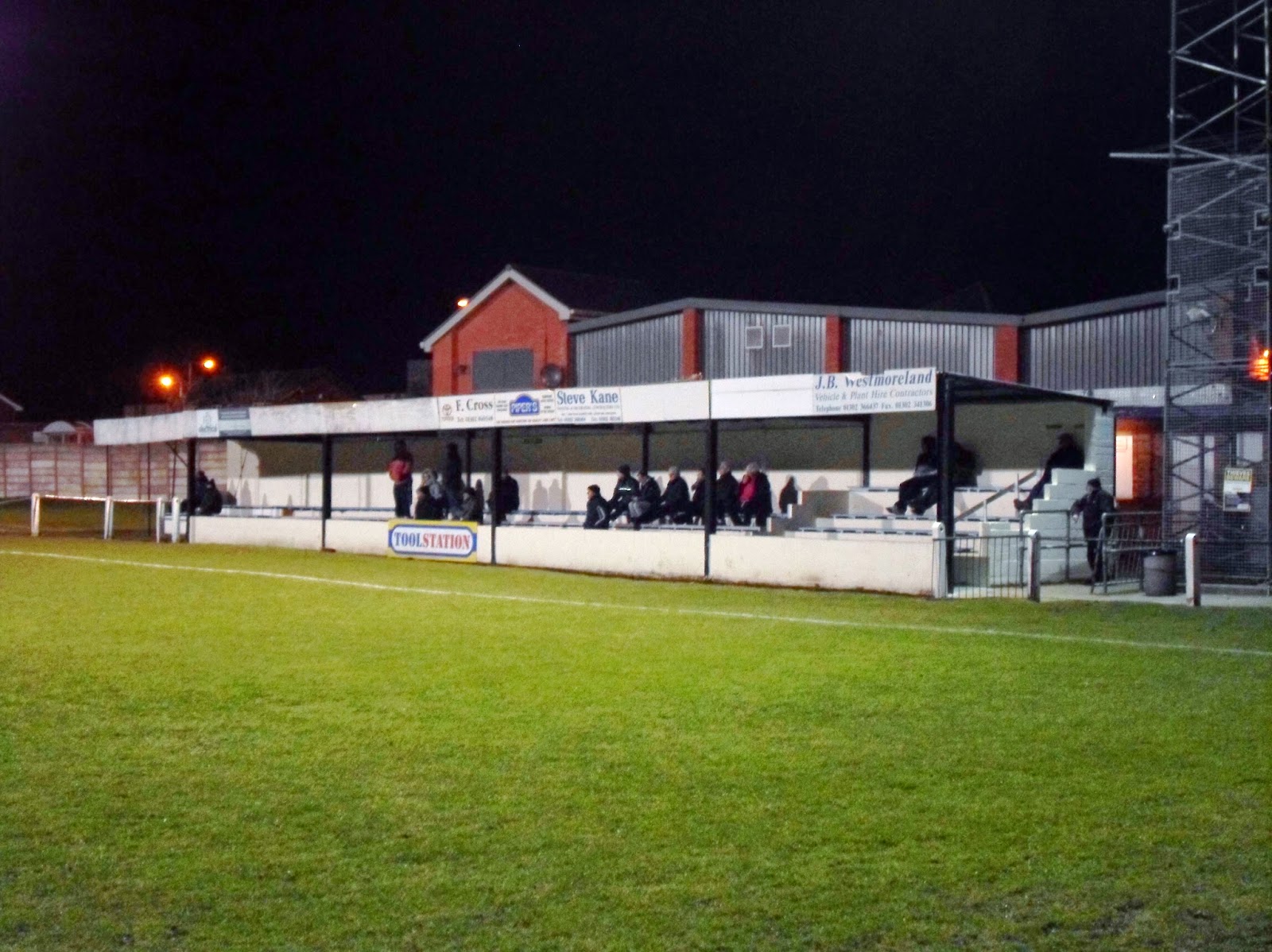 Plantpot History
Armthorpe Welfare FC was established in 1926, initially playing in local competitions, before first entered the FA Cup in 1936, followed by competed in the FA Amateur Cup after the Second World War. The club dissolved in 1974 before reforming two years later to join the Doncaster & District Senior League. They won all four divisions within the competition’s pyramid, four years on the bounce, topped off by winning the Premier Division title in 1982-83. 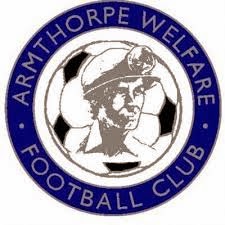 The Welfare joined the Northern Counties East Football League in 1983–84 in Division Two North. Their taste for winning championships was stretched to six consecutive years as they won the won two NCEL league titles to reach the Premier Division in 1985. They have remained at this level for the last thirty years, the Welfare’s highest league finish came in 1987-88, when they just lost out to champions Emley on goal difference. 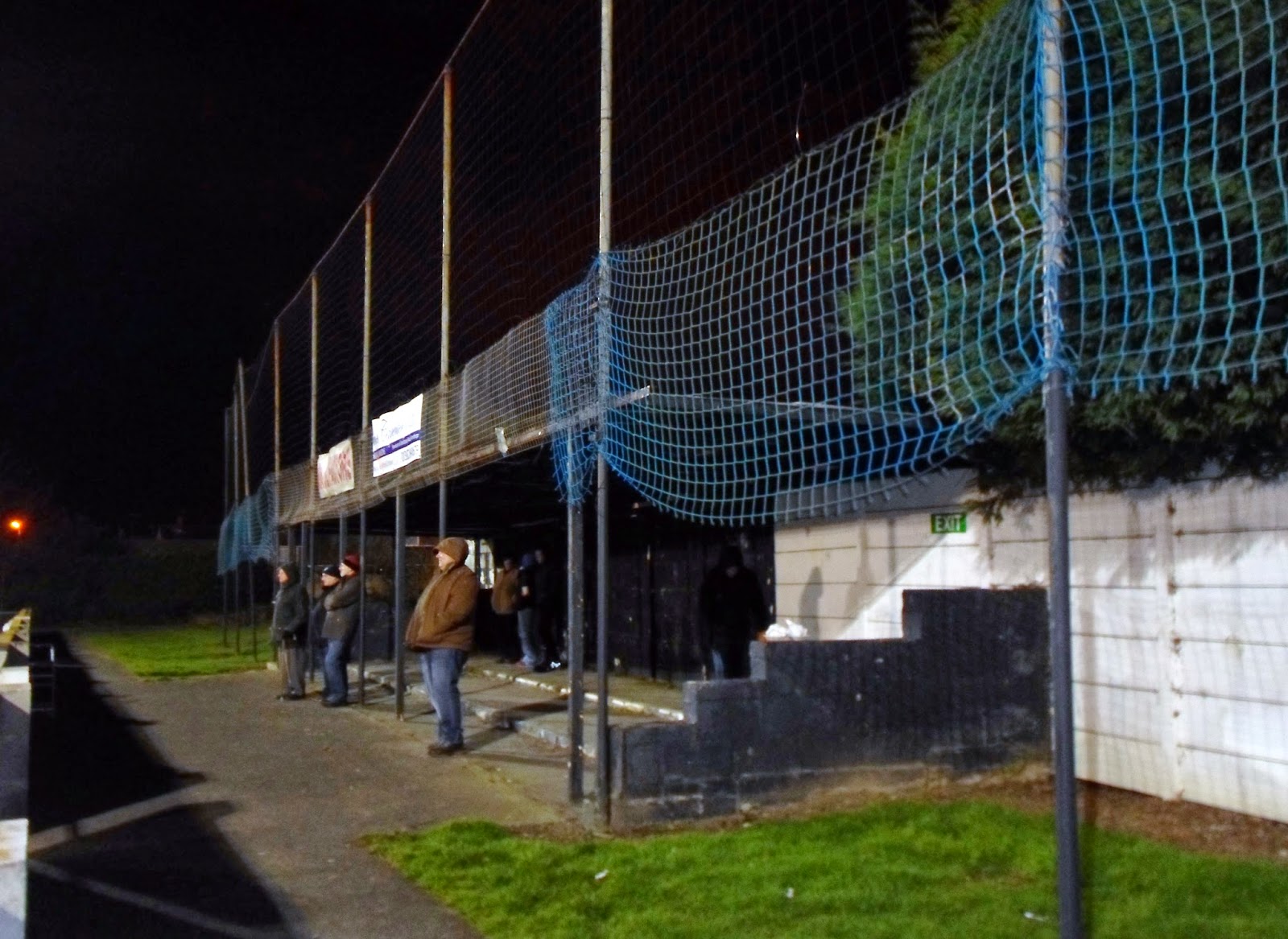 The 2,500 capacity ground is made up of a seating stand and a cover section behind one goal. The Philip Mitchell Stand faces one half of the pitch with a capacity of 250. The seating is made up of wooden benches on concrete steps, split into two sections and decked out in all white. Between the turnstile entrance and the back of the stands are the club offices, the match officials changing rooms, toilets and the Welly Boot cafe. The players changing facilities are in a new looking building in the near corner of the pitch.
The cover on the Park Close terrace is directly behind the far goal, giving shelter to 200 spectators. There’s two large floodlight pylons on each side large flanking the stand and the dugouts at the Southfield Road side, which also has the remnants of five old fashioned concrete pillar lamps. 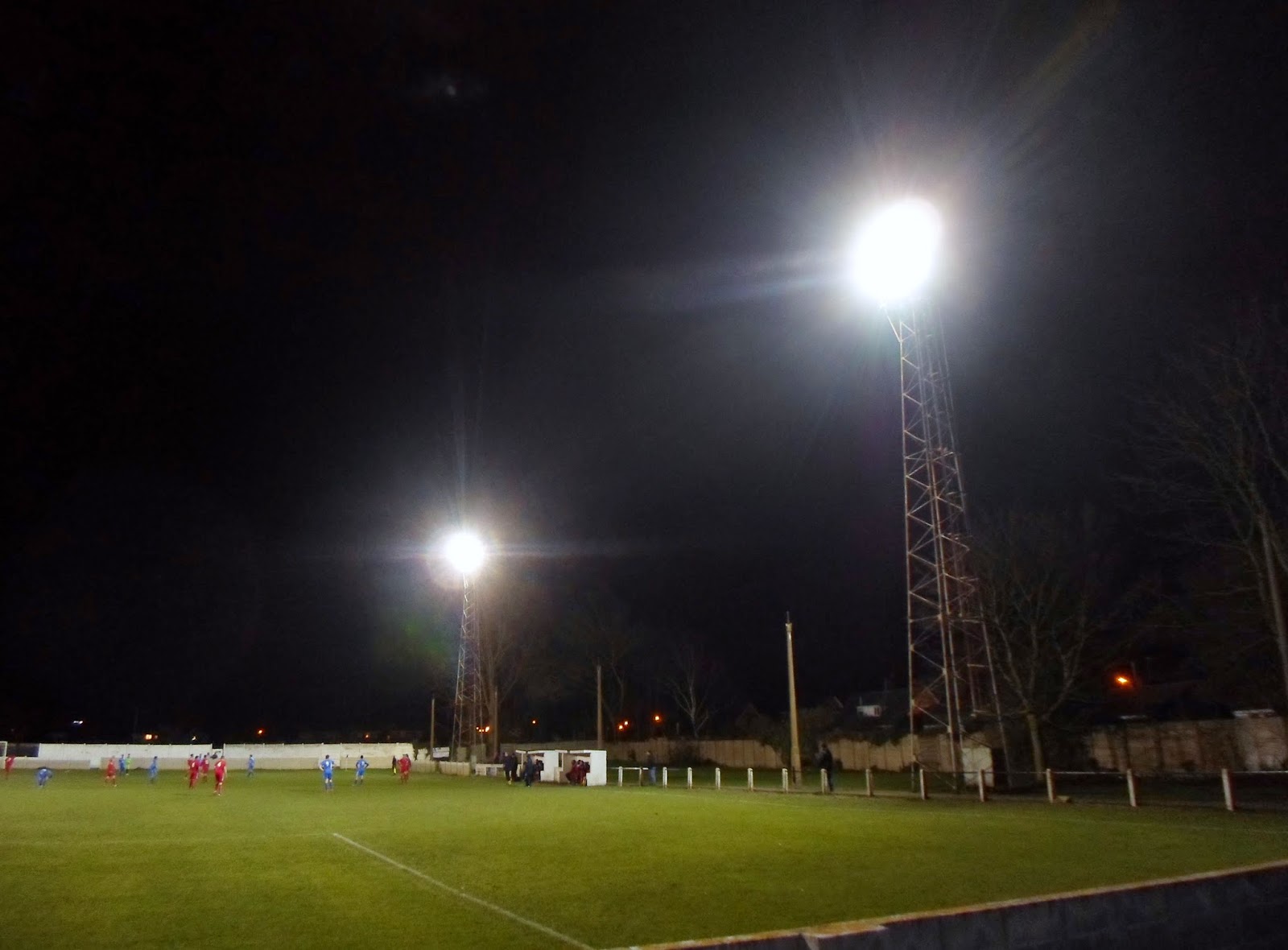 The Match
The Welfare came from behind to grab a much needed three points to steer themselves clear of the relegation zone. They fell behind in the tenth minute when Adam Stapleford-Jones (who sounds like a contestant on University Challenge) picked up a loose ball on the edge of the box before delivering a pinpoint chip over the 'keeper to put them one up. Parkgate could have built on there early lead, but the hosts soon got back on level terms, when a long range effort was deflected into the path of Joe Lumsden who made no mistake to fire home from the right hand side of the area.
Armthorpe finished the first half strongly and Lumsden gave them the lead in the 38th minute with an ambitious 25 yard effort from the right flank, which took everyone by surprise as the ball found the back of the net.
The match result wasn't in doubt once Tom McLaughlin made it 3-1 early into the second half, finding himself unmarked in the box with a simple task of shooting home from close range. The visitors pressed to get back into the game but the Welfare always looked menacing on the break, and surprisingly both teams failed to add to the scoreline in an entertaining encounter.

Foetoes  (Matchday album of 25 pictures from the Welfare Ground) 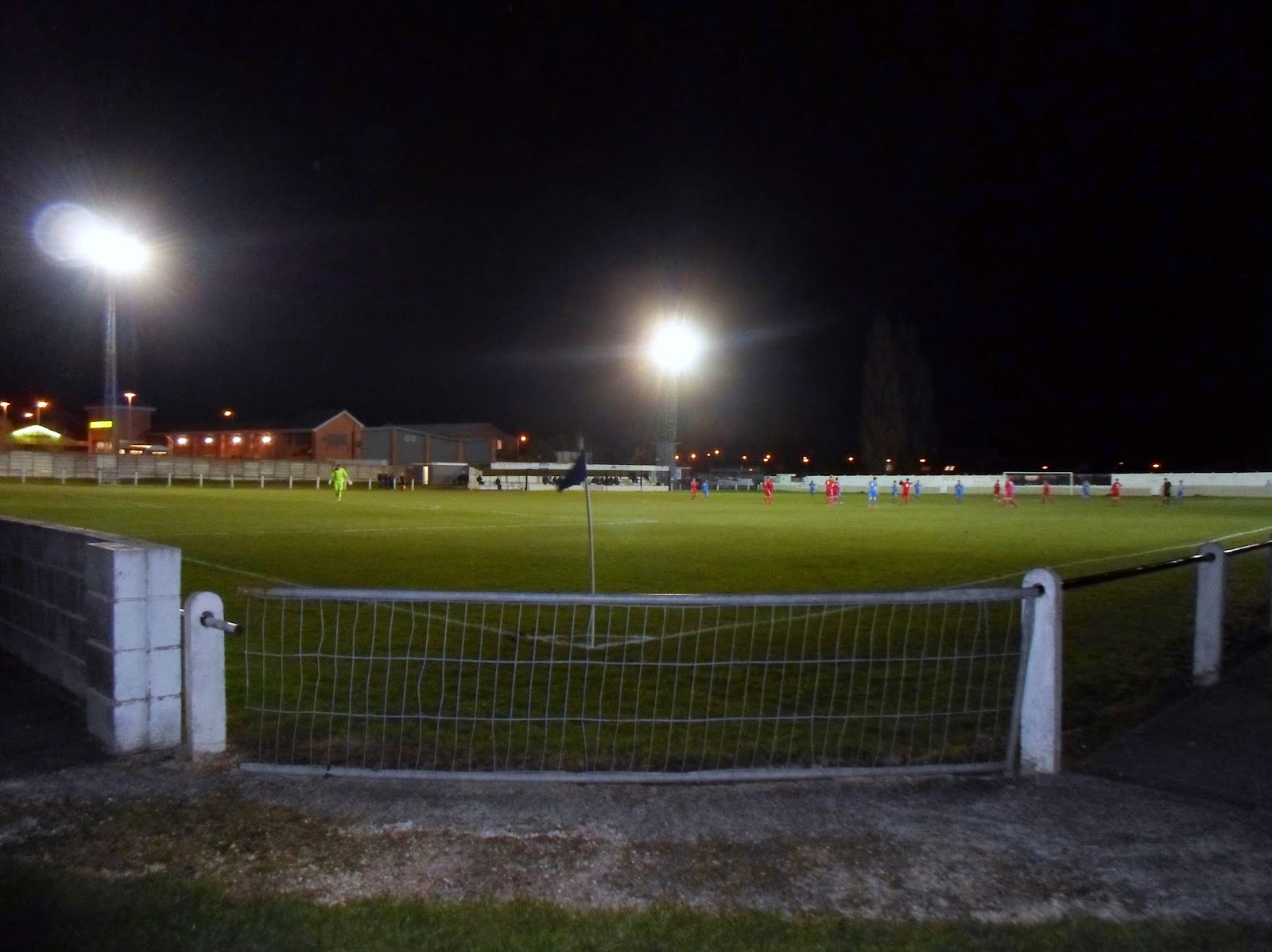 My Matchday
I'm not usually the envious type but I was getting quite jealous of Lee and Katie's postings on Facebook. Every midweek they were heading off to matches at grounds I hadn't previously done and my envy multiplied, as they’re also ticking off uncharted JD 'Spoons. As Tuesday was my day off this week, I contacted Katie on Sunday night to check if they had a midweek match planned and was delighted that a trip to Armthorpe Welfare was on the cards.
To make things easier and to save time I caught the X1 express bus down to Easington Lane to get picked up, so we were on the A19 by quarter to four. The chosen Wetherspoons pub Lee picked out on route was The Winter Seam at Xcape in Castleford, where there was plenty of time for a couple of bevvies and some bait. Lee had his usual Spoons meal of Chilli con carne plus Ham, eggs and chips in the two meals for £7.39 range, while me and Katie were content with just the standard one plate full.
I posted on Twitter about our trip to the Welfare so the club were expecting our arrival. When we entered the ground at 7.20, we received a warm welcome and they were good enough to seek out a couple of pin badges for our collections. Overall an enjoyable night out and hopefully I’ll get another chance for a ground and ‘Spoons double in the Katiemobile in the not too distant future.
on March 04, 2015
Email ThisBlogThis!Share to TwitterShare to FacebookShare to Pinterest
Labels: Armthorpe Welfare, Parkgate