Around the Alliance - part thirteen 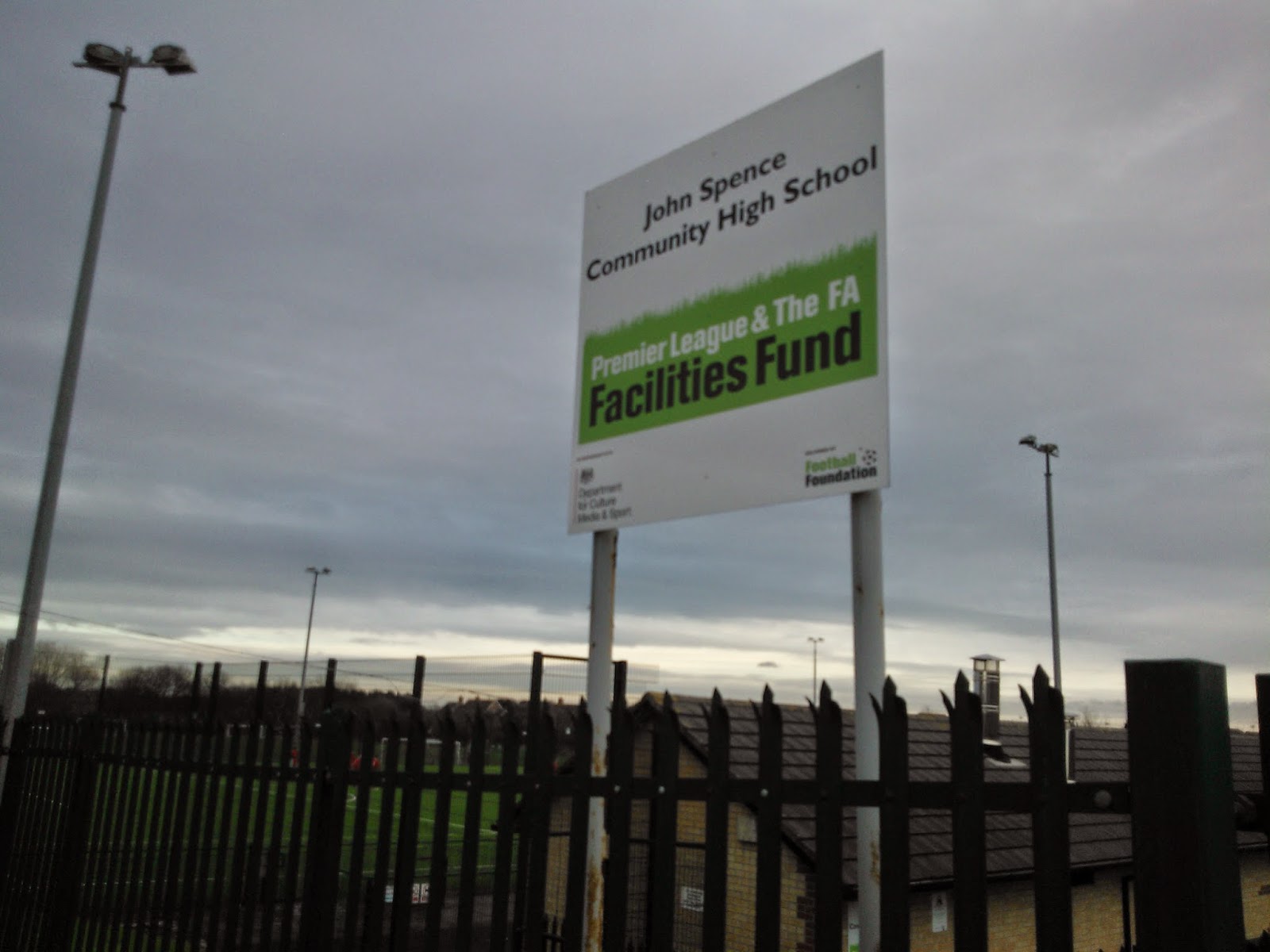 I visited North Shields Athletic at the John Spence Community High School at the end of last season when the club had just won the Division One title. I scored for an extra tick on that afternoon as they used the all weather surface instead of their normal home pitch, as the school had the field marked out for athletics.

The ground has a pair of temporary tent style dugouts and is roped off, and the 4G pitch was again in use as the club’s reserve side were playing(lost 2-1 to Stobswood Welfare) at the same time as the senior side faced Hebburn Reyrolle in the Northern Alliance Premier Division 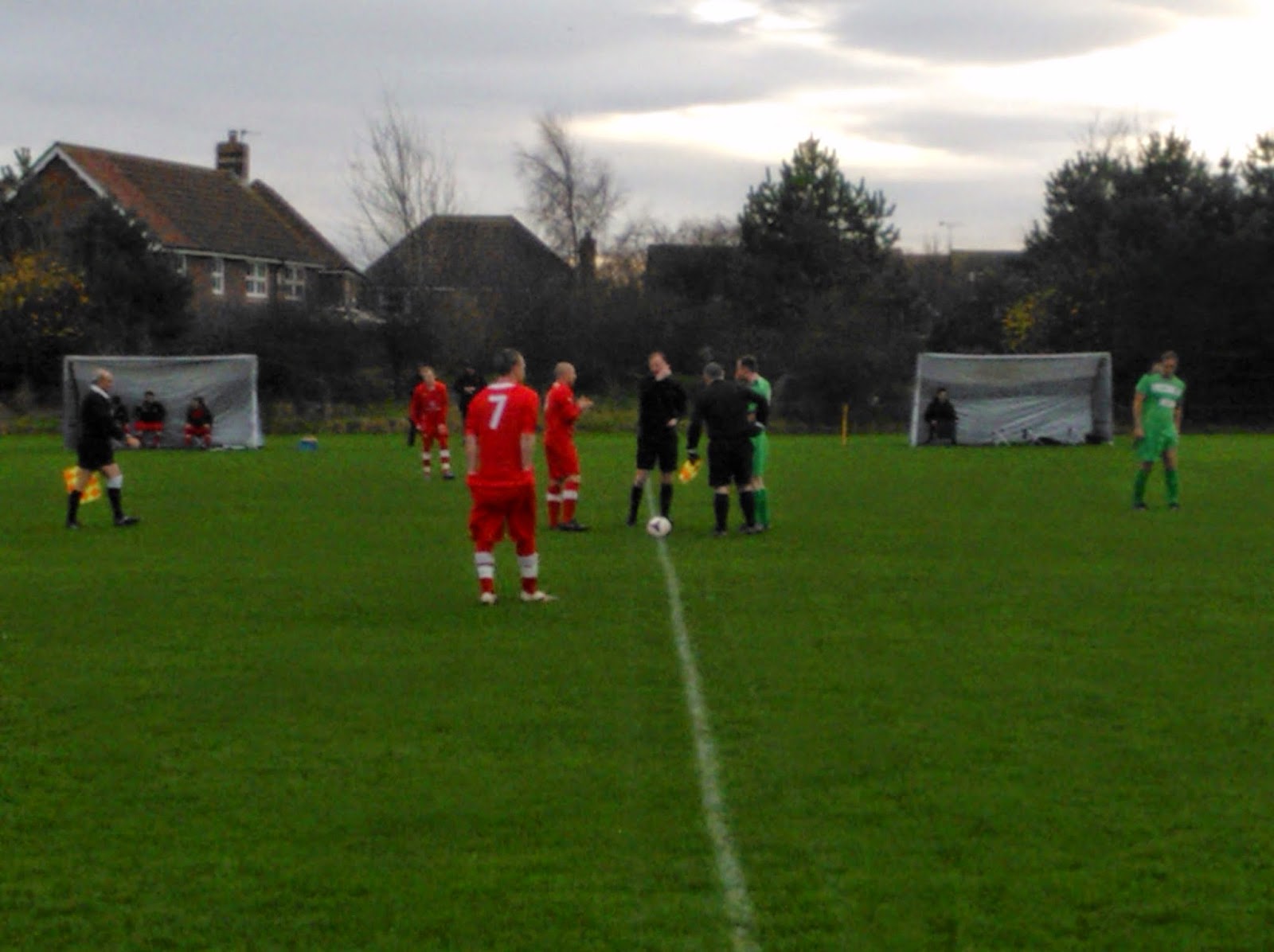 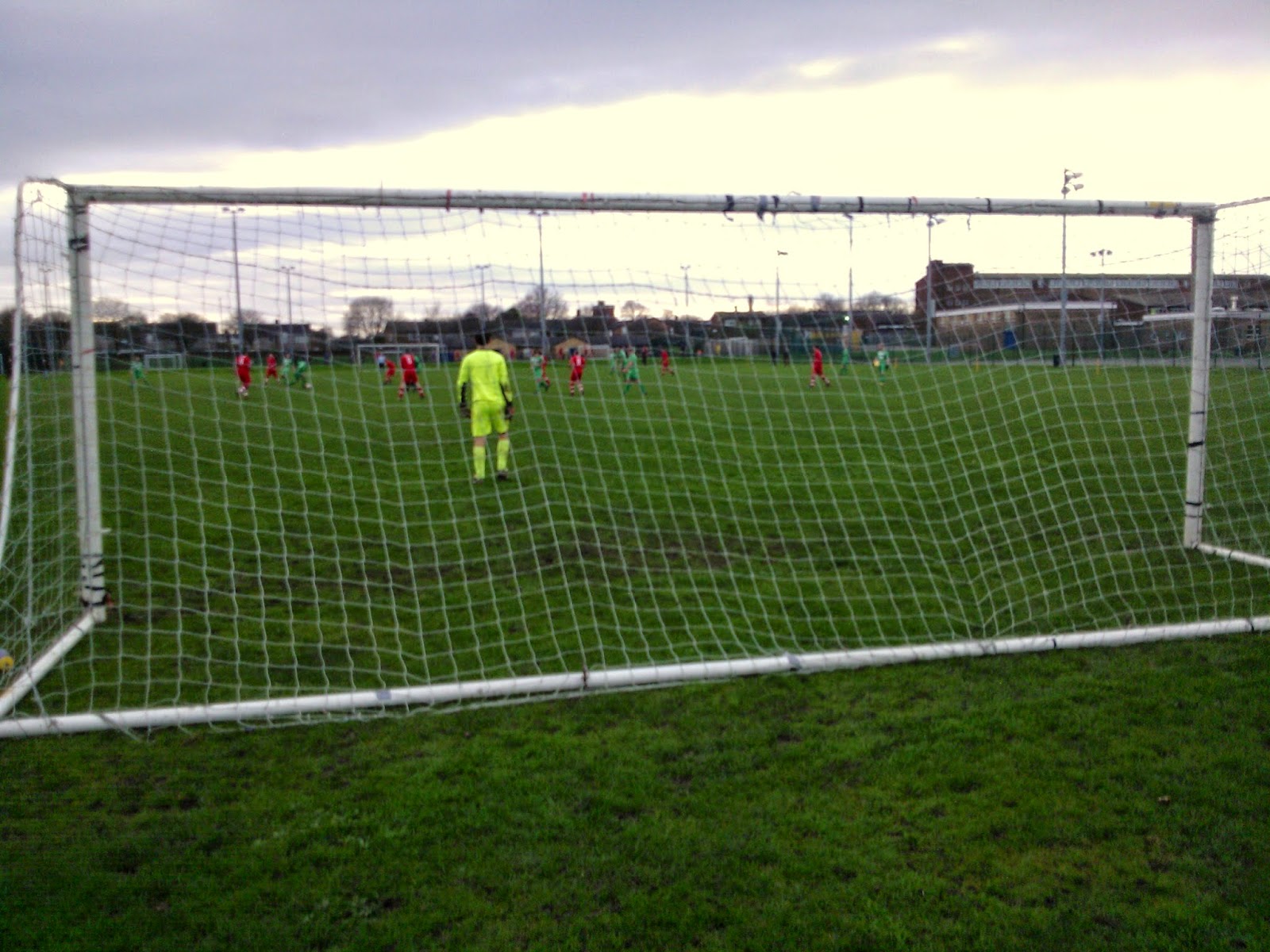 Athletic struck first when a daisy-cutter free kick by Stephen Ardley gave them a twentieth minute lead, only for Dan Solomon to equalise when he nipped in at the near post when a long throw evaded the home defence. In between the two goals the Newcastle v Chelsea match took preference over what was happening on the pitch, with both dugouts conferring with each other over the latest score with both managers delighted that the Toon’s 10 men held on to their 2-1 lead. 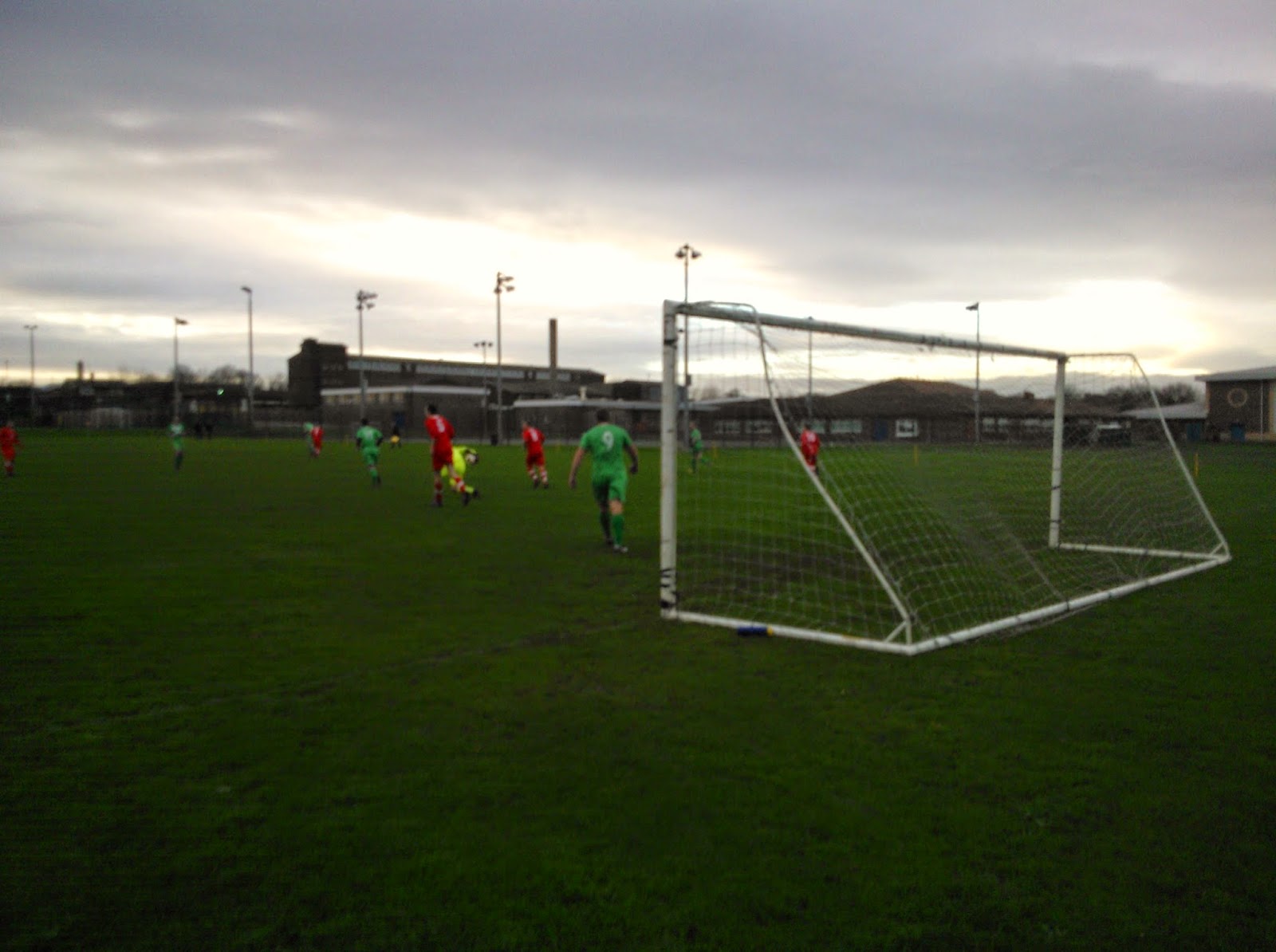 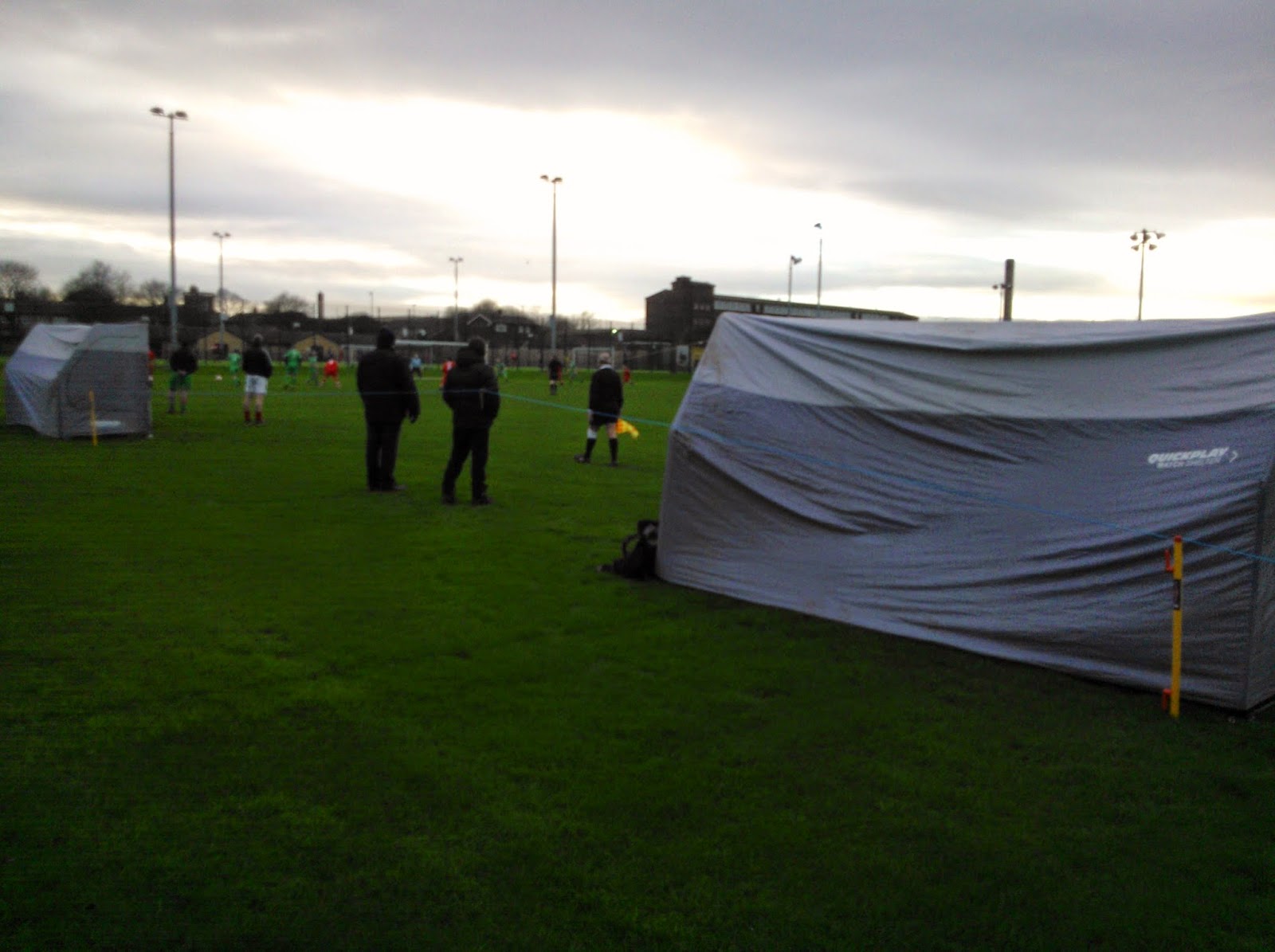 Just before half time the home side retook the lead when a free kick from the left was saved but parried into the path of Scott Jasper to fire in the rebound. Athletic had to wait until the last fifteen minutes to seal the win when Craig Boyle rifled home from the edge of the box, but a Liam Connolly penalty for Reyrolle on 82 minutes set up an interesting finale. In the last minute of the scheduled ninety a free kick from Ryan Bailey sneaked in at the near post to finally put the result beyond doubt to make it 4-2 to Shields on the final whistle. 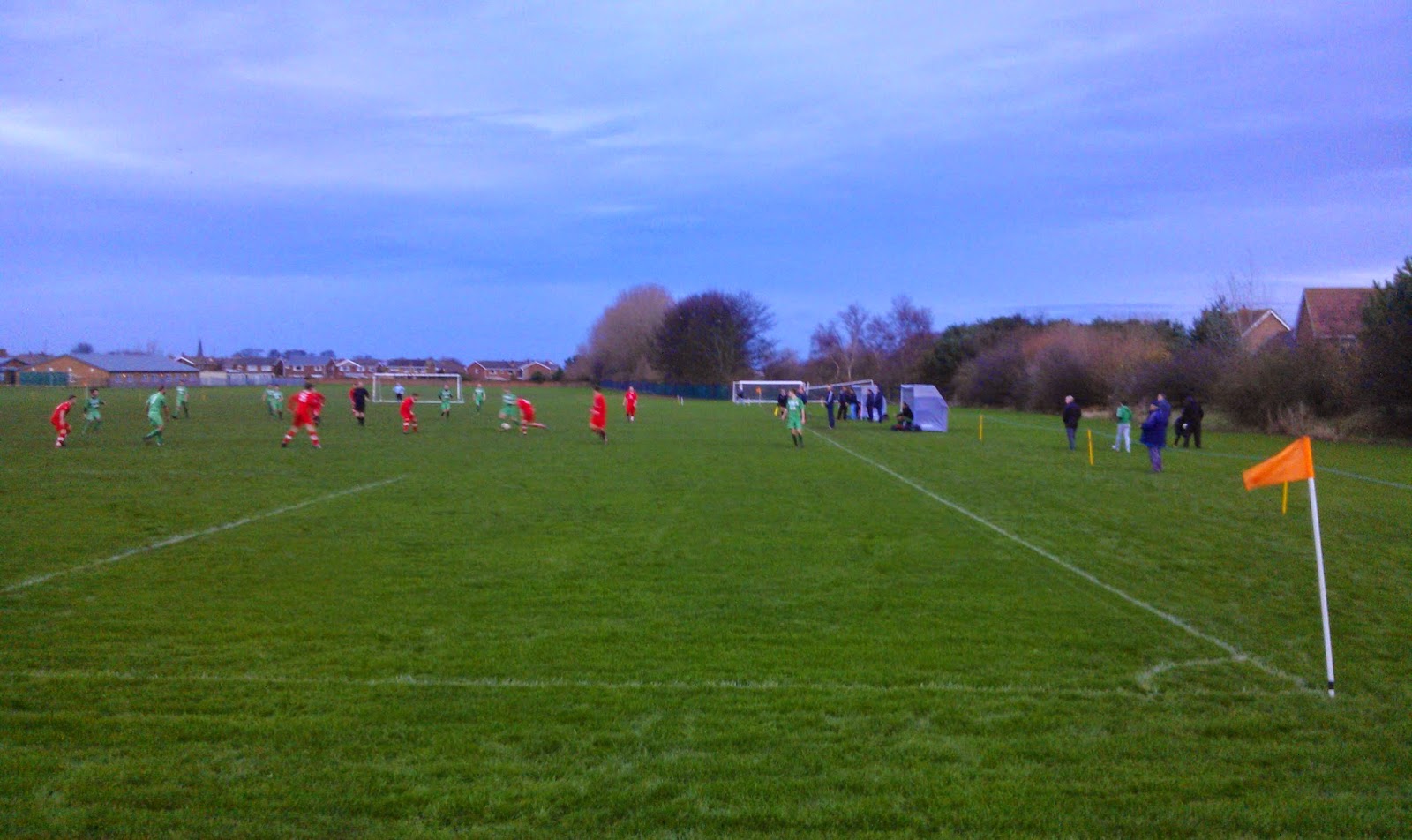 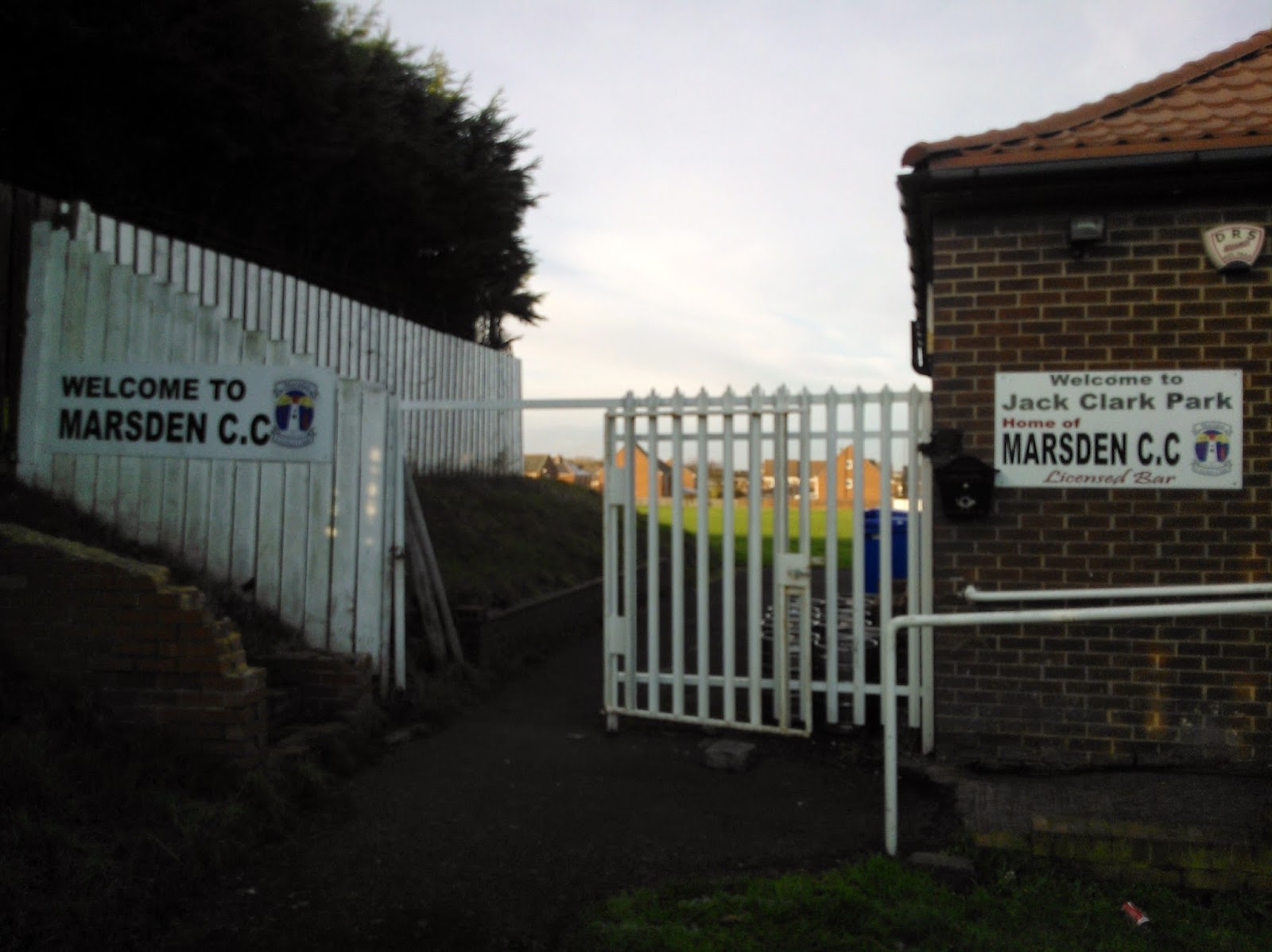 Whitburn is a village on the South Tyneside coast in between South Shields and Sunderland. Whitburn Athletic formed in 2010 playing in the Wearside Combination until entering the Northern Alliance set up last season, comfortably finishing mid-table in Division Two. This season they’ve made a change, moving from Whitburn Academy up the Coast Road to Jack Clark Park in South Shields.
The ground is home to Marsden Cricket Club with the football pitch at the outer boundary, with a pair of white brick dugouts and railed off at the far side, with the near side taped off from the cricket green. Changing room facilities are in the cricket pavilion which is at the main entrance. 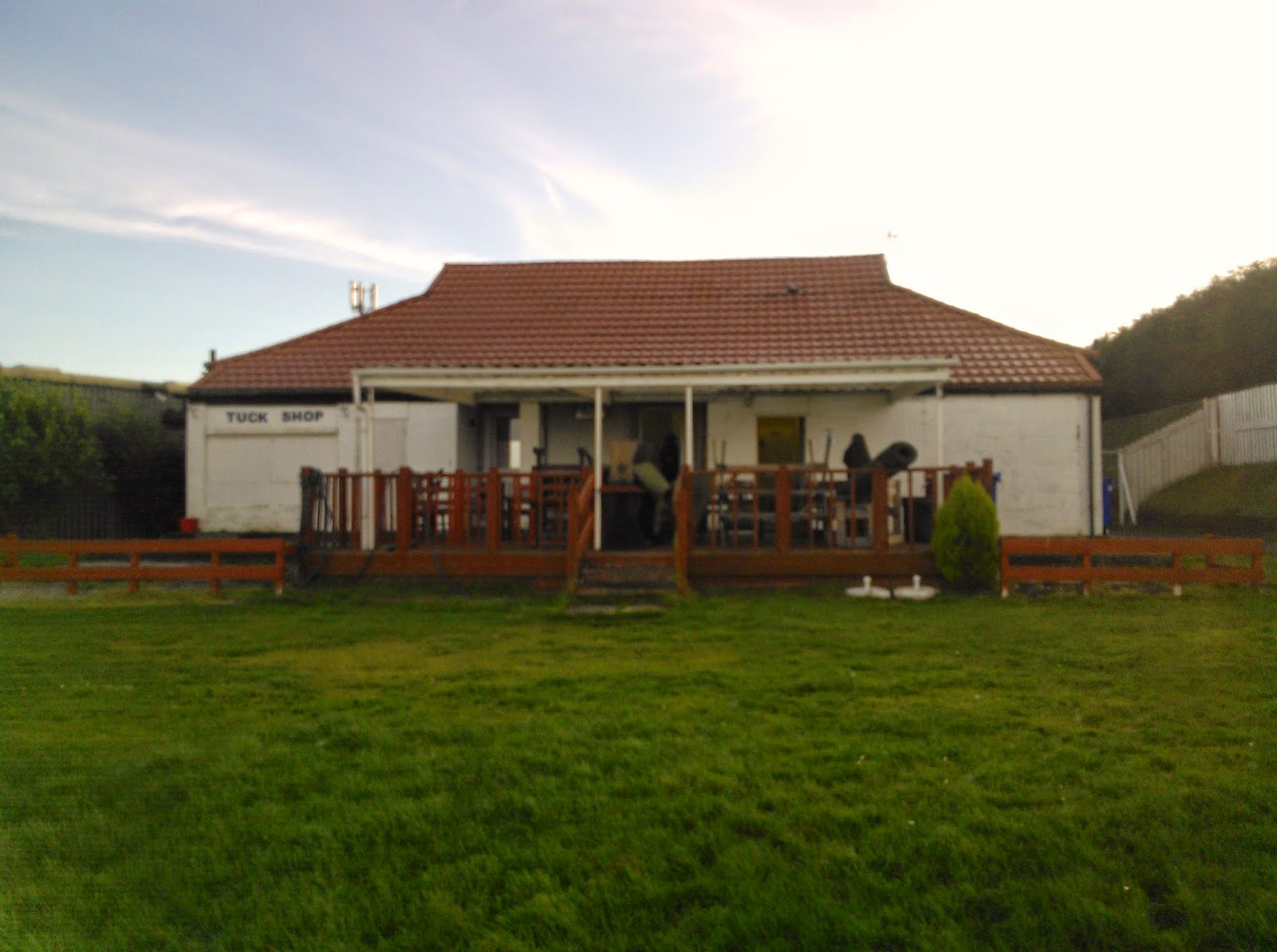 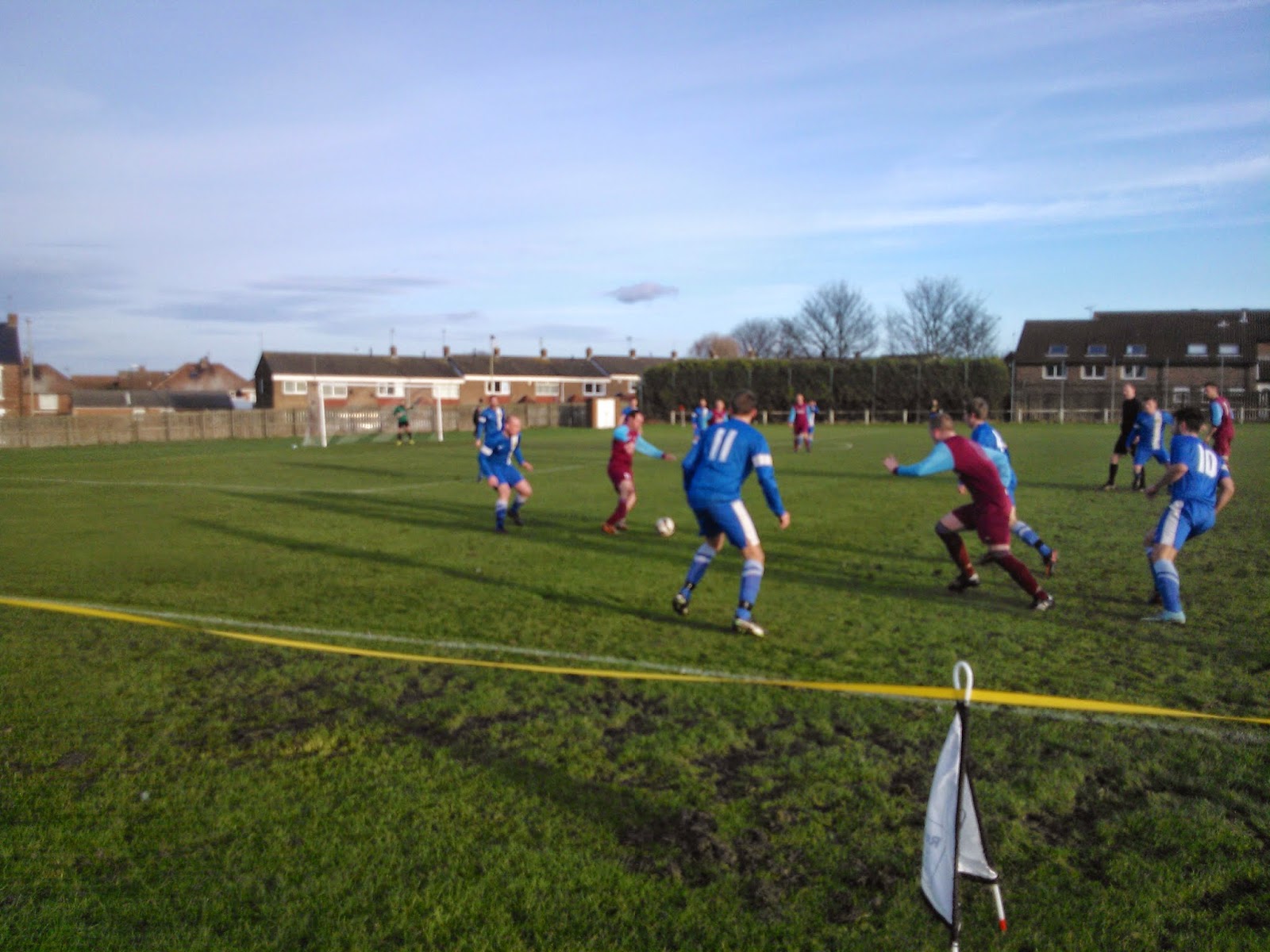 Whitburn Athletic faced Division One leaders Percy Main Amateurs in the quarter-final of the Bill Gardner Cup. After an uneventful first half when neither ‘keeper was troubled the game livened up after the interval with both sides going all out for a winner. That winning goal looked to have finally arrived twenty minutes from time when a corner kick was met by a bullet header from Dan Sneap, but the hosts were soon back in it when a free kick from the right was swung in, and another good header, this time by Bradley Skinner put Athletic level. In the dying stages of normal time the hosts could have won it with the very last kick from Adam Bravey who shot just wide of the far post which would have put his team through yo the next round. 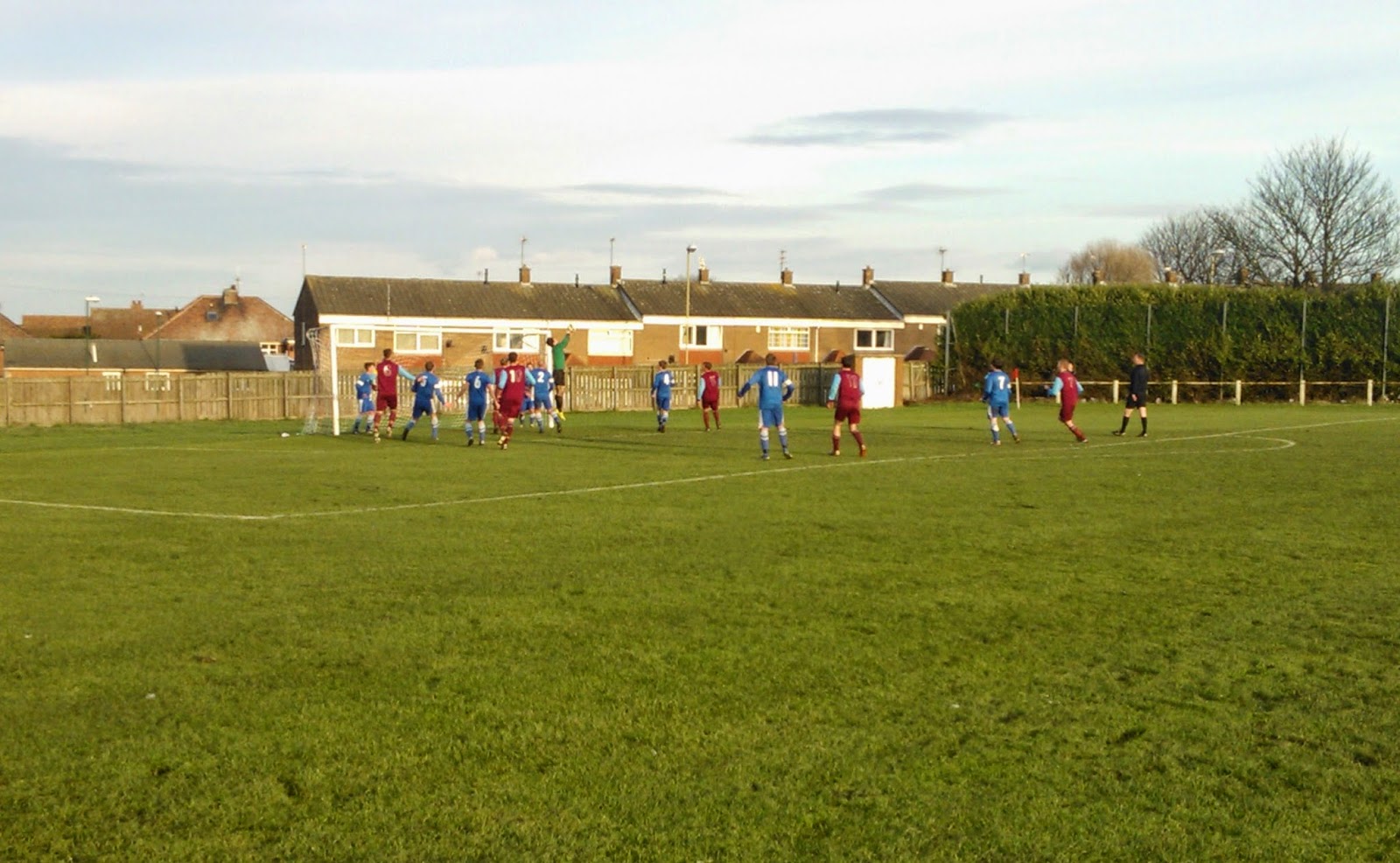 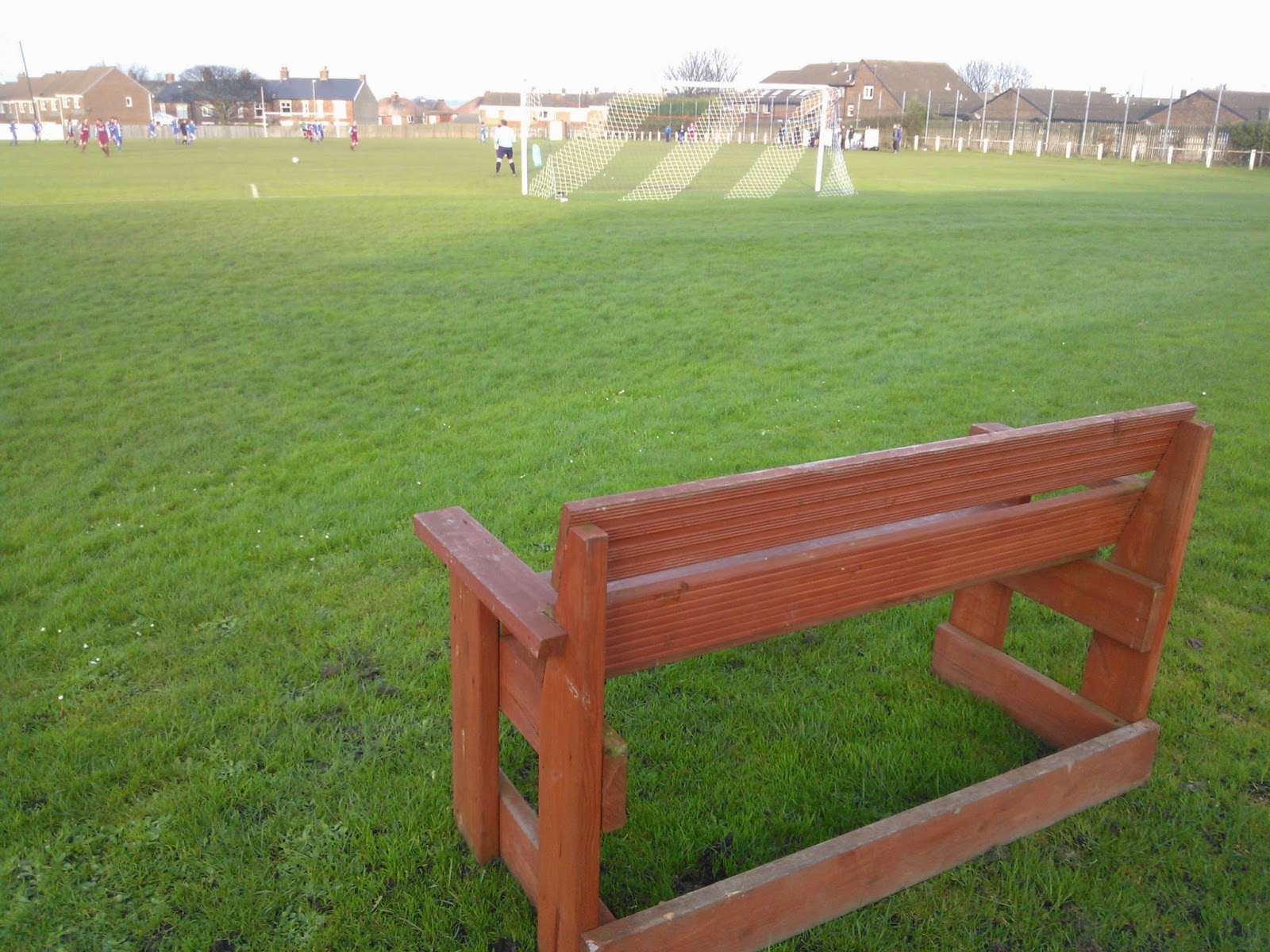 Percy Main took control of the tie in extra-time regaining the lead after just two minutes with another goal from a corner-kick, as Joe Betts fired in through a crowded penalty area, then five minutes later a goal kick was knocked on to Sneap who ran on before shooting in at the near post, to book a cup semi-final tie away to either Hexham or Lindisfarne Custom Plant.

This match was played in good spirit and I must mention the Whitburn players and management who played the game with smiles on their faces and in a sporting manner which was nice to see. 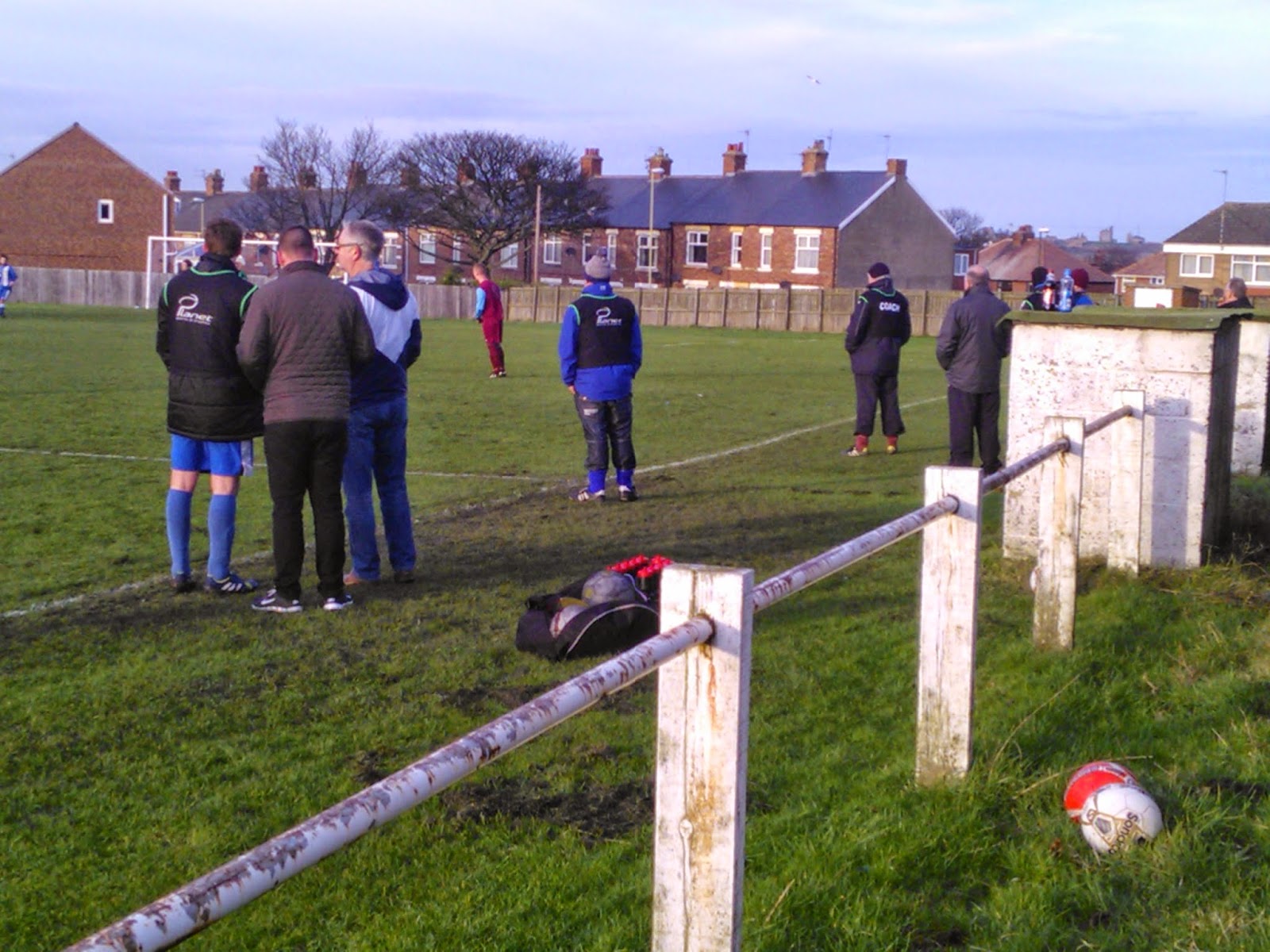 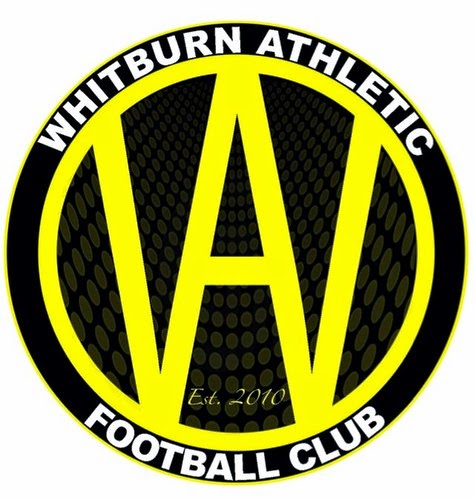 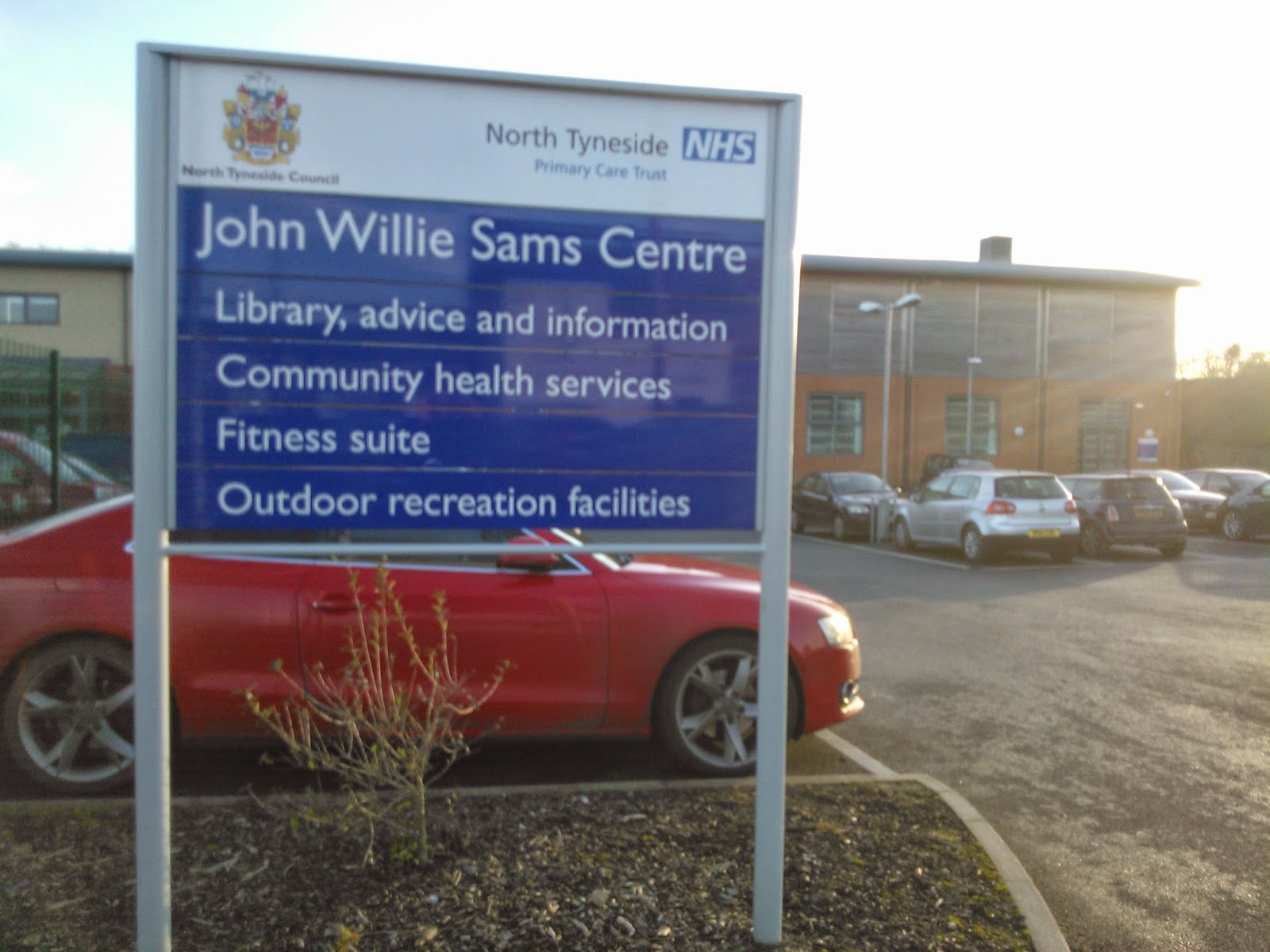 New Fordley are based in Dudley near Cramlington at the John Willie Sams Centre. Formed as a junior club in 2005, the senior set up joined the Northern Alliance in 2011, winning promotion to Division One in 2012-13 after a third place finish.
The centre is primarily the North Tyneside Council Primary Care Trust, and also has a fitness suite with the football pitch at the back, found over the bridge on the other side of the Seaton Burn stream. The pitch is fully railed and is another ground I've been to which borders the East Coast rail line. 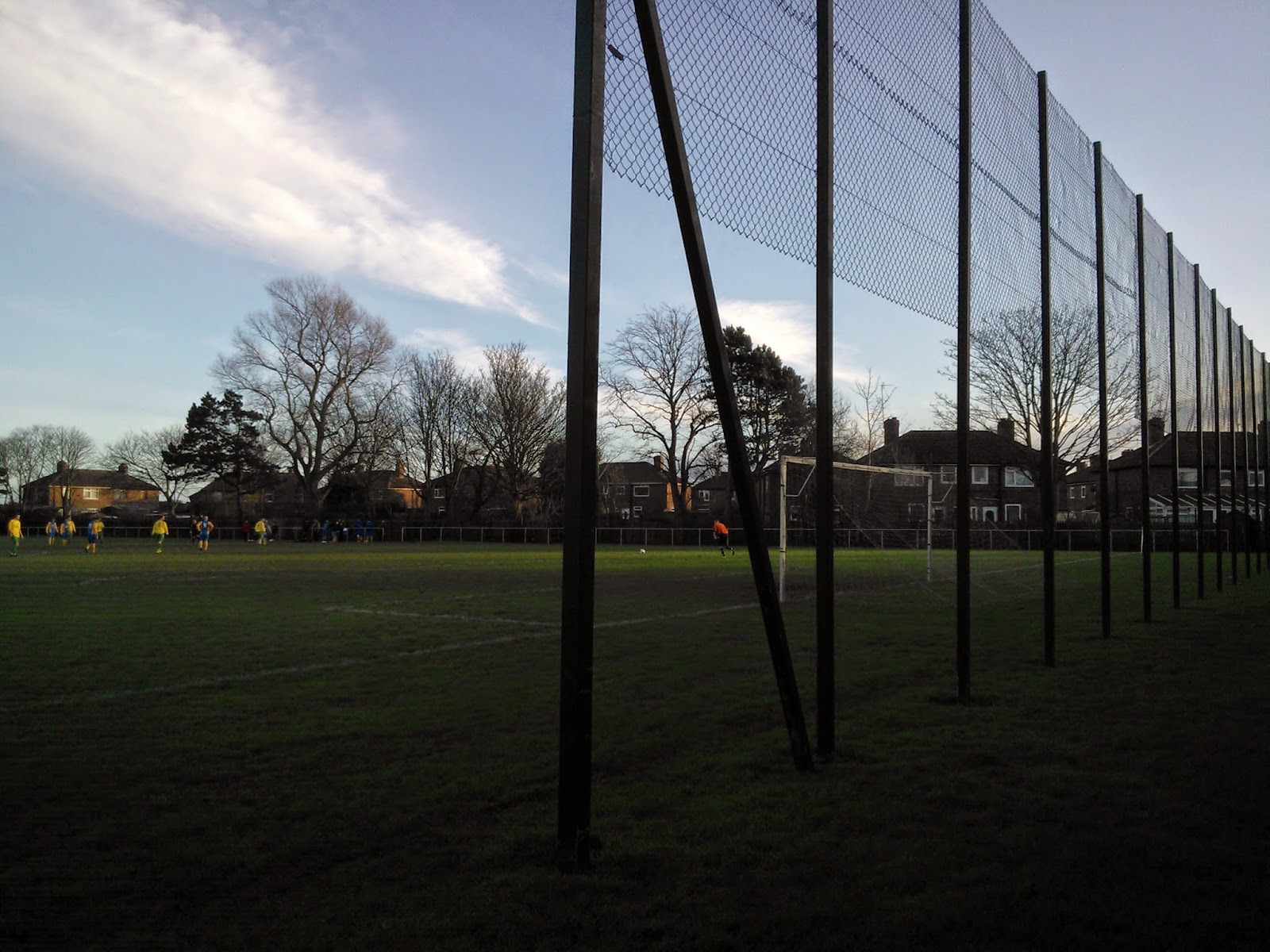 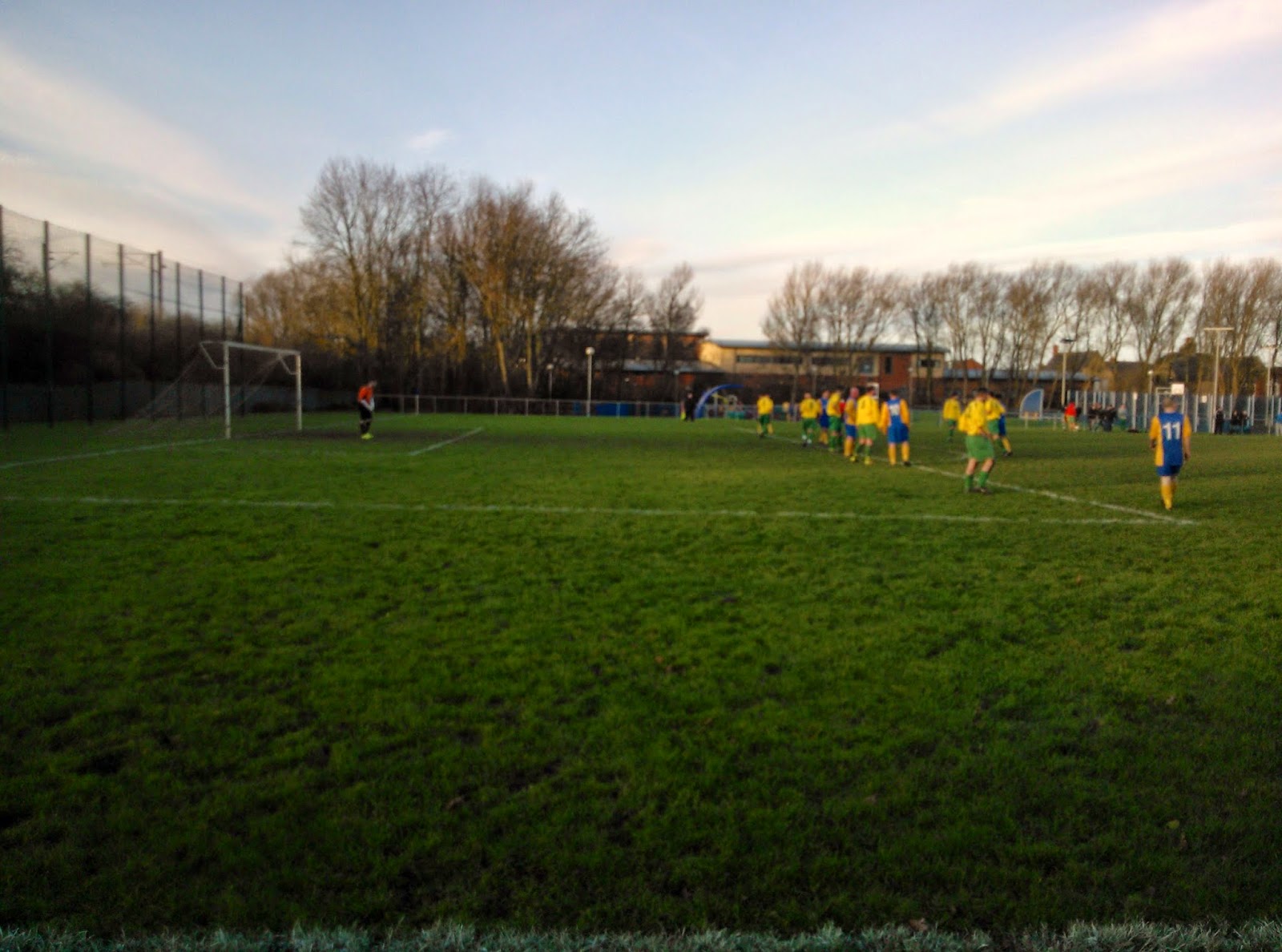 New Fordley came from behind to pick up a valuable win against Wallsend Boys Club in this Division One fixture. The visitors struck first in the 13th minute when Dan Hindmarsh latched onto a neat through ball before a tidy finish 'round the 'keeper, but they failed to take some decent chances to extend their advantage.
The home side grabbed an equaliser through Matty Middleton's right foot shot on 36 minutes, but Wallsend went into the interval having regained the lead with a freak goal. A left wing cross from Jordan Robertson eluded everyone and sailed into the net, with the Fordley defence claiming the ball had gone through the side netting. The referee was having none of it, but courteously agreed to check the nets before confirming it was a goal. 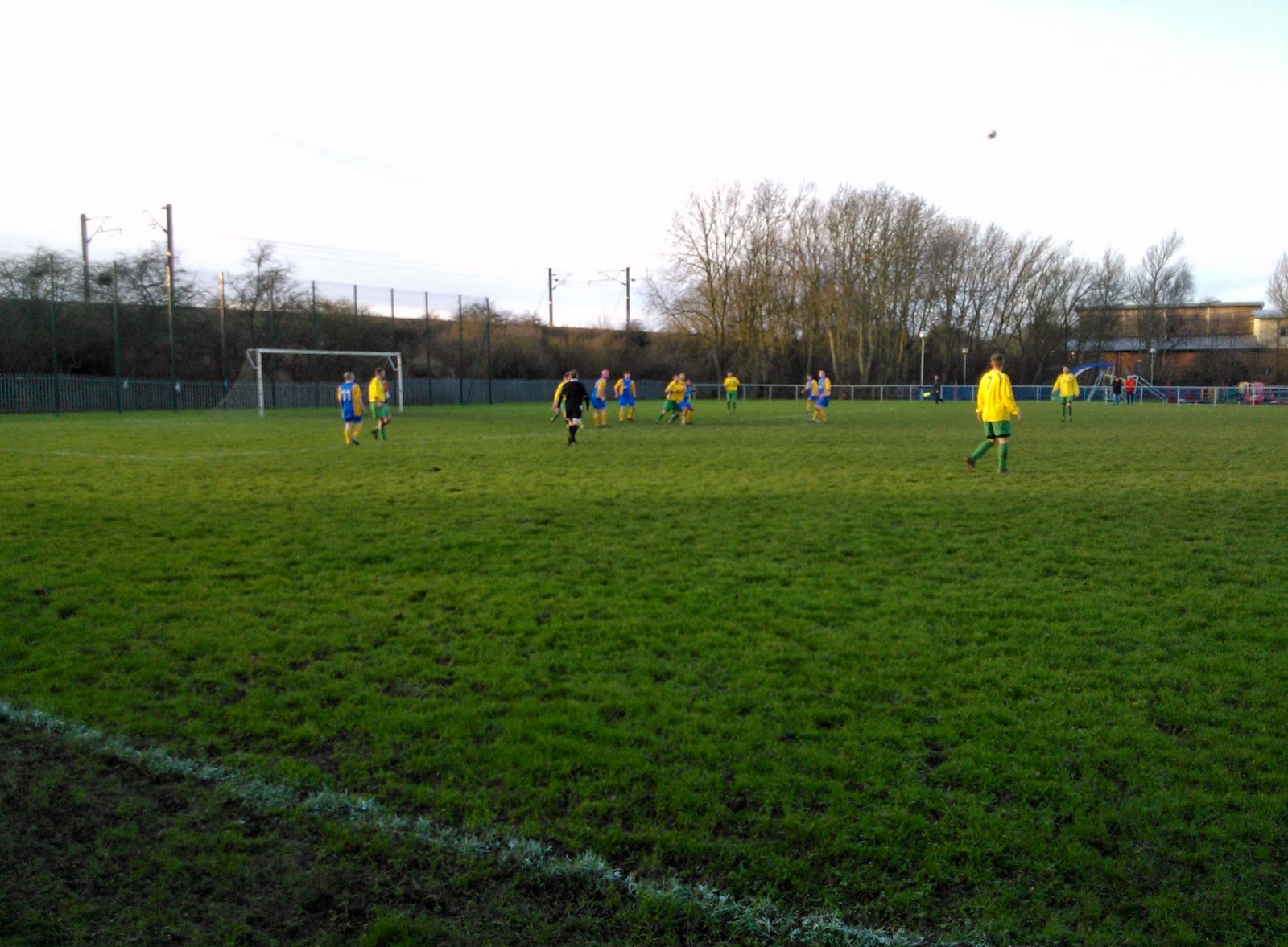 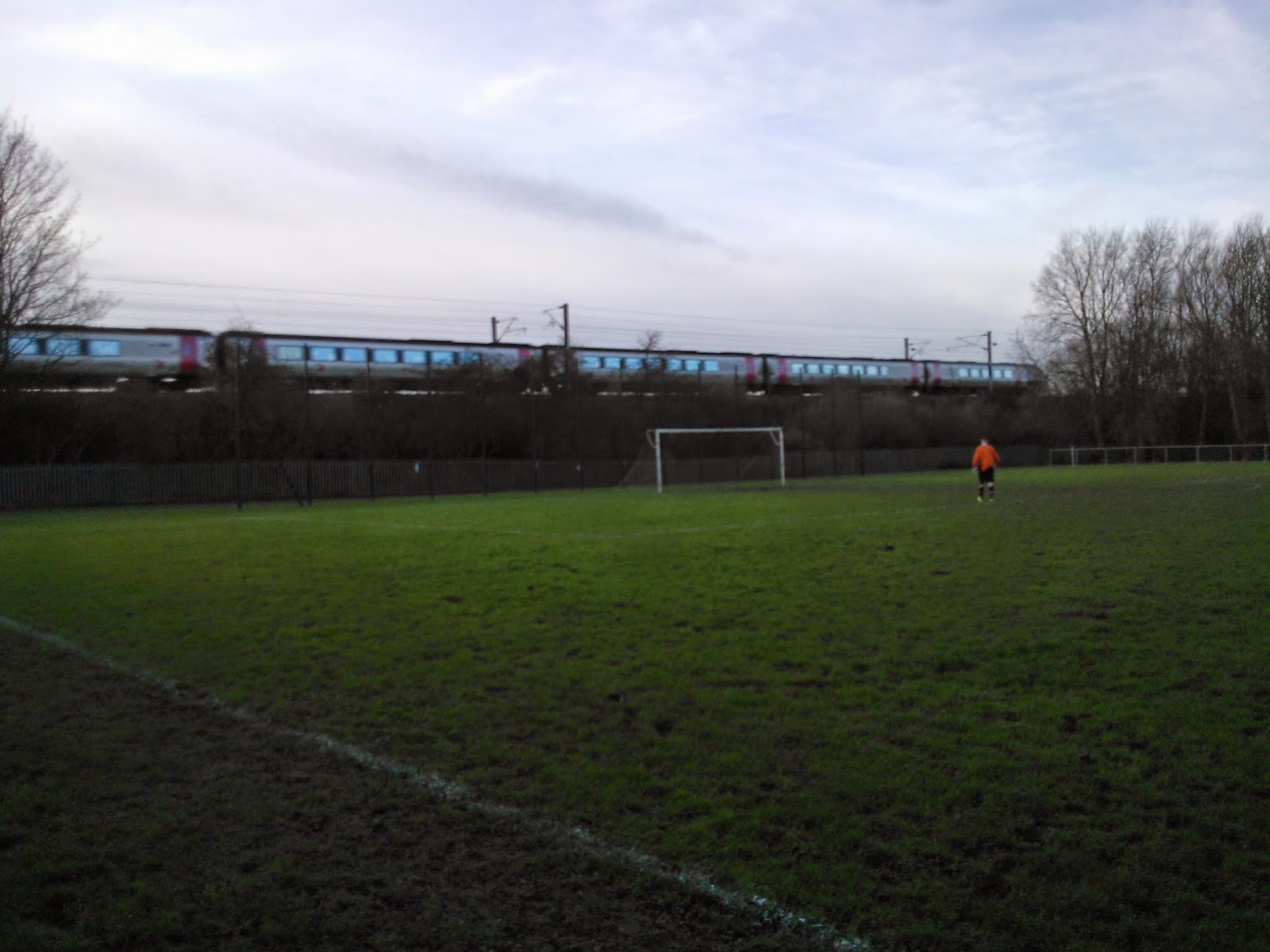 New Fordley improved in the second half, once they replaced the ineffective thug of a striker which meant Danny Young was able to lead the forward line. He made it all square on the hour mark, firing in from a right wing cross, before another good cross, this time from the left wing, found him unmarked to head home the winner.
I got the impression that Wallsend BC thought they were in for an easy afternoon, but New Fordley are a better side than their league position suggests and these valuable three points takes them out of the bottom three. 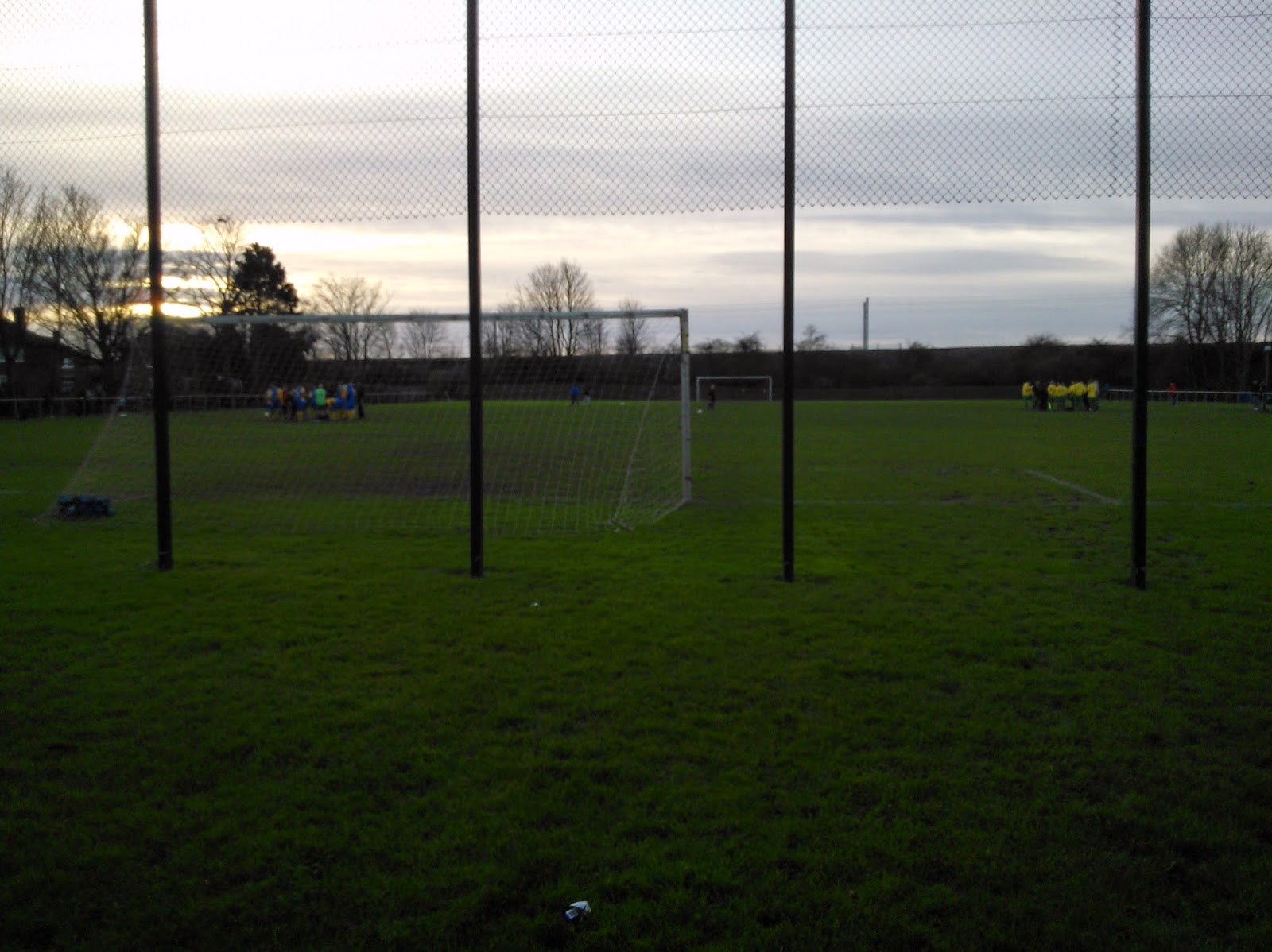 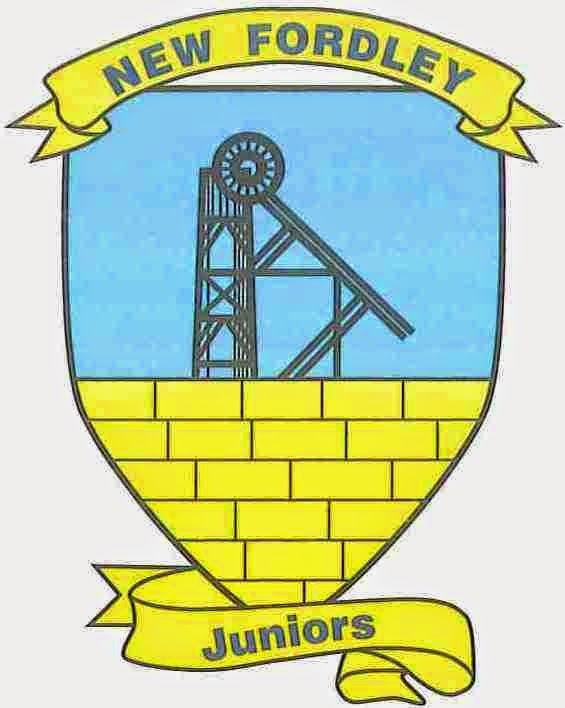