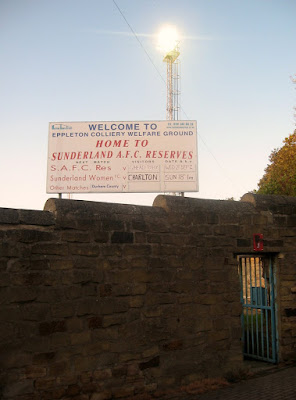 Eppleton Colliery Welfare is the only major north-east football venue still in existence that I was still to visit. The ground hosts the annual Durham Challenge Cup final and as the game usually takes place on Good Friday, I always miss it because I’m usually away during the Easter holidays.
Eppleton Colliery Welfare Ground is in the former mining village of Hetton-le-Hole, situated between Durham and Sunderland. The ground also hosts chief residents Sunderland Reserves, Sunderland Ladies and local Sunday league side Hetton Lyons, FA Sunday Cup winners three times in the last five years. 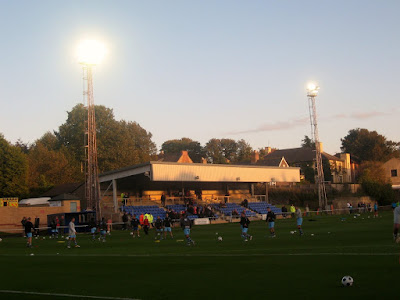 The ground was of course home to former Northern League club Eppleton CW, who formed back in 1929. The club entered the North Eastern League in 1947 before joining the Wearside League in 1951. After a spell in the Houghton & District League they returned to the WL after a ten year absence in 1974. Successive league titles at the turn of the ‘90’s saw a step up to the Northern League Second Division in 1992-93, winning promotion in their debut season.


The club lasted three seasons in the top flight but after relegation they became annual strugglers, eventually dropping into the Northern Alliance in 2003 and unfortunately within two years the club were no more. 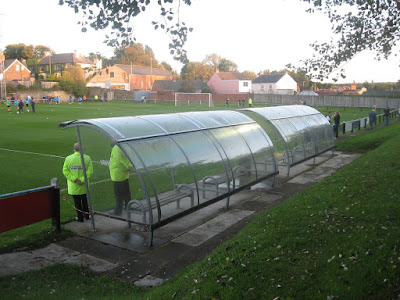 The Welfare Ground was originally shared with cricket, having a pavilion and a stand behind the goal. The pitch lay east of its current position until the 1970’s, when the cricket field moved northwards, with the cricket outfield adjoining the top end of the football pitch.
Ground improvements were made to coincide with the club’s promotion to the Northern League. Cover was added to the central section of the banked terrace, including a section of wooden benches and a new four pylons floodlight system.


In 1993 Sunderland Council embarked on a £3m revamp of the ground, which saw the old stand replaced with a smart looking two tier cantilever stand, the bottom tier has 250 blue seats split into four sections, with standing room at the top for a further 350 spectators.
The other three sides is open with hard standing and grass banking with large Perspex dugouts opposite the stand.


The ground is overshadowed by the Hetton Centre building which houses the community organisation ‘The Hetton Town Trust’ which rose from the former Eppleton Colliery Welfare. The centre includes the Bob Paisley Bar, named after the legendary former Liverpool manager who was born in Hetton-le-Hole. 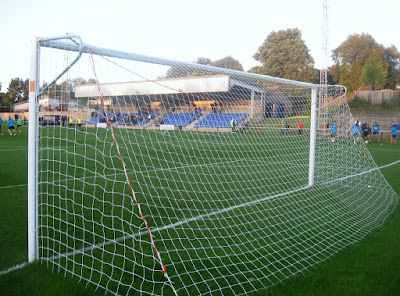 Missing out on the Durham Cup final every year, the only way I could visit Eppleton Colliery Welfare Ground was by having to suffer watching the mackem reserves on the odd occasion they use the ground instead of either the Stadium or Academy of Light. But thankfully this ground was picked as the location for the Tote Cup fixture against my beloved Gateshead, the Heed reserves returning to the venue of their triumphant DCC victory last season.

The first round of the Tote Cup is regionalised into a group stage. Gateshead and Sunderland grouped together with Hartlepool United, Hull City and Scunthorpe United.
Current Tote Cup holders Sunderland got off to a winning start in defence of their trophy as Roarie Deacon’s second half strike settled the tie. The mackems had good chances in the opening half, all falling to Oumare Tounkara who hit the post, headed over from close range and blasted two efforts into the Hetton Centre car park.

Gateshead battled well but never seriously tested the home ‘keeper, while between the other posts, Heed’s Jack Alnwick, on-loan from Newcastle United looked unbeatable. That was until the 74th minute, the Tynesiders defence finally breached as Deacon latching on to a right wing cross, having time and space to pick his spot to give the Wearsiders a rare win over a Tyneside club. 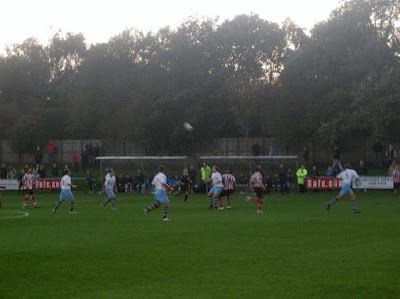 Eppleton Colliery Welfare is a tidy little ground and despite the slight slope, the pitch it’s probably one of the best playing surfaces in the region. It’s a shame that Eppleton CWFC went to the wall just as the ground was developed as it would be a welcome addition amongst north-east Non-League football grounds in either the Northern or Wearside League.

The Eppleton Colliery Welfare Ground was laid out by Bill Coyle and his surveying team from Eppleton Colliery and was used for many years by the men of the pit for inter departmental football and cricket matches. The lads from the pit managed the bar and kept the clubhouse clean and tidy. Bill and his lads were and are life long Sunderland supporters and I'm sure would be pleased that it is used so much and gives pleasure to so many in the local community.

Interesting write-up. Thanks. Came here having just read about the Durham Cup final on Good Friday.

Funny how things move on in football. The sentence 'giving the Wearsiders a rare win over a Tyneside club' looks incredibly dated now!!

I was at the match you write about and was also there today to see Sunderland ladies reserves continue their 100% start to the season with a 3-2 win v Aston Villa. Hetton is a great place to watch football.

Yes Mr.Anonymous ... those rosy days are over!