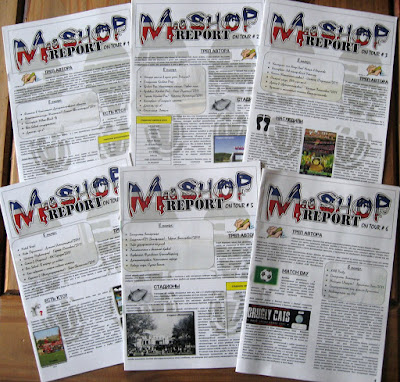 I recently did an interview for the Russian and Ukrainian football fanzine Mag Shop Report. The magazine is dedicated to football fans from this region, with photos of stadiums and match day reports from fans in this part of the world. The fanzine also includes interviews with older supporters, younger generation ultras and features a good section on alcoholic beverages titled ‘Beer School’

Groundhopping isn’t so popular in the former USSR as it is in Britain and mainland Europe, but the first fanzine of its kind in Russia is trying to promote the hobby, with plans afoot to release an English edition of the magazine. 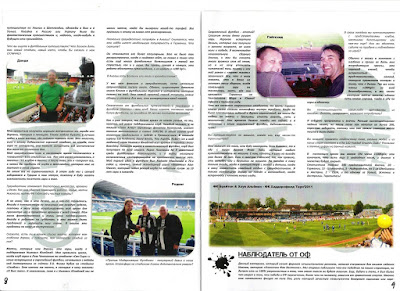 Mag Shop is written and edited by Yuri Paretski from Zelenograd, who supports his local club and CSKA Moscow. After our interview which is featured in Issue #6, Yuri became the first and only member of the 100FgC from Russia - Squad#196. In recognition of Yuri joining the Roll of Honour the latest edition features the 100FgC badge on the cover of issue #7. 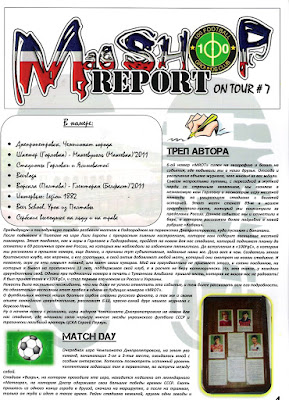 Further details can be found on the website www.magshop.appee.ru or you can email Yuri at this address.


on August 17, 2011
Email ThisBlogThis!Share to TwitterShare to FacebookShare to Pinterest