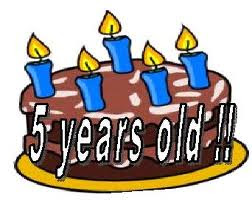 It’s 5 years to the day that The 100 Football Grounds Club was launched.
On the 25th July 2006 I posted my list of grounds, as well and my mate Ian Patrick’s details and linked this site to a couple of websites. Within an hour Rev Nick Percival from Barnsley, Jack Warner from Perth, Australia(who I haven’t heard from since) and Blyth Spartans supporter Alastair Gibbs-Barton left a blog comment with their own ground statistics, so the 100FgC was officially born with five founder members. The membership has steadily grown over the last five years to the point where the squad is near full capacity, with only 3 squad numbers left before it finally closes.
During this time I’ve covered matches at 191 grounds featuring 251 different clubs. I originally intended to just post pictures of my ground visits, but then decided to write a small piece to accompany the pictures, but I got a bit carried away and began to enjoy writing, My Matchday articles covering club and ground histories, match report, travelling and of course, the most important part of a match day; pubs and bevvy.
Thanks to all the members who have joined and made this little club of ours a success and it’s been a great thrill to meet up with some of the squad and make new friendships over the last few years. I get the impression that some seasoned groundhoppers belittle this organisation, but so what, it is what it is, and I’ve achieved exactly what I set out to do in 2006, which was bring together a set of football fans from different clubs from all over the world, all with the same passion and common interest. So here’s hoping the 100FgC continues on and in 5 years time I’ll be celebrating a groundhopping decade. Cheers!
Posted by Shaun at Monday, July 25, 2011

Always enjoy reading the reviews and seeing the pics, so keep it up mate.

Belated birthday greetings from Squad No. 98. Still enjoying the site, must let you know where I am numbers wise, its now 209. Crikey doesn't time fly.

Indeed, belated birthday greetings and congratulations to the Handsome Hopper.

Always a good read, always good to share a match with you, mate. We'll have to find a game- and a Wetherspoons- next season to wet the baby's head with!

And Paul, hope you haven't let your camera have any more accidents since Stocksbridge...