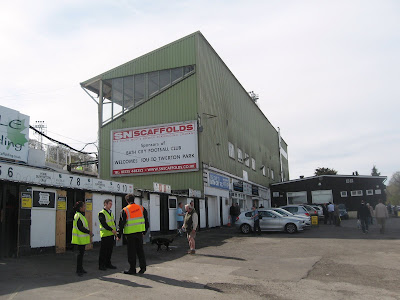 The start of a hectic April, which will see your host travelling the full length and depths of Blighty, begins with a 600 mile round trip to the City of Bath in Somerset.

Bath is a major tourism centre which attracts almost five million tourists each year to the city theatres, museums, and other cultural venues. The blend of Roman baths and sweeping Georgian terraces combine to produce one of the most elegant cities in Europe, which was awarded as a World Heritage site in 1987.

Bath was granted city status by Royal Charter in 1590 by Queen Elizabeth I, becoming a county borough in 1889 and later part of Avon when the county was created from 1974 until 1996. When Avon was abolished, Bath became the principal centre of the unitary authority of Bath and North East Somerset.The city was established as a spa resort by the Romans in AD 43, building baths and a temple on the surrounding city hills in the valley of the River Avon through the UK’s only natural hot springs. 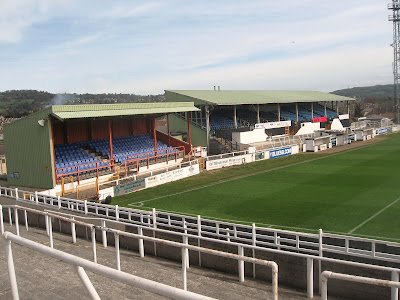 Due to pre-booked trains being too expensive, I travelled with the GFC Supporters Club which unfortunately means It’ll have to be another occasion to fully appreciate the delights of this beautiful spa town.

conventional mini-bus but a taxi awaiting my late arrival. The jibe you sometimes get from home supporters of “did you come in a taxi” when a club brings a small away following was true in this case.

We left Gateshead at 730am, 7 supporters and our cabby with an additional Heed fan picked up on route at Wetherby. Thankfully the taxi meter wasn’t running, we paid a set fair of £350 made up of £30 each with the difference subsidised by the Supporters Club, which was great value, as our chauffeur played a blinder arriving in Bath just before 1pm and on returning we past the Angel of the North just after 10pm.

On arrival I picked up my press pass and was then allowed inside the ground to take some snaps of this classic non-league ground, before heading for a few pints in the GBG listed Old Crown pub, where I pulled a cracking (or should that be crackling..Eddy) looking lass, although she was a bit of a pig. (see last pic in Web album)

We also had time to call into Randall’s, the impressive clubhouse situated behind the Main Stand. The result aside it was a quite enjoyable day and I must add around 30 away fans in total made the long journey to the west country. 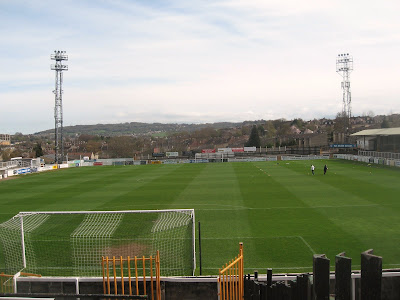 Bath AFC formed in 1889, originally playing at the Belvoir ground situated in East Twerton. The club changed their name to Bath Railway in 1902, then became Bath City, playing competitively from 1908 in the Western League Division Two. After the First World War the club located to the Lambridge Ground at the opposite end of the city on the old London Road and joined the Southern League for the first time in 1921.

Bath City moved to Innox Park in 1932, which had been opened since 1909, securing a £2,000 mortgage from the FA. The ground suffered from a 45 degree slope, which meant removing 15,000 tons of soil as well as surrounding trees to create a playing surface with perimeter banking, which took almost three years to clear.

The Main Stand was soon built at a cost of £2,000 with cover added at the popular side, until further development during the 1950’s saw a clubhouse, new changing rooms, club offices and more importantly terracing and floodlights, which was mainly financed by the supporters club and the odd five figure FA Cup attendance.

City won the Southern League title in 1977/78 for a second time, but missed out on election to the Football League by only a few votes, before becoming founder members of the Alliance League(Conference) the following year.

Relegation and promotion campaigns followed, before the club won promotion to the Conference South in 2006-07, going on to win the play-off final in their third season, beating Woking to regain a place in the Conference for the first time since 1997 and again gaining promotion last season. 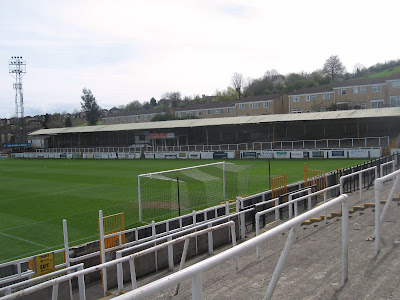 The original Main Stand is still going strong, although it was close to death after an arson attack by Bristol City fans on tenants Rovers in 1990. The stand is fully refurbished with 780 black and blue flip seats with an open paddock below with the team dugouts at the front. The basic Family Stand filled with 236 blue seats sits next to the Main Stand. Built at a cost of £90,000 it opened not long after the fire incident in December 1990 and is made available for visiting fans.

Opposite is a covered terrace which runs pitch length with a pitched roof, the terrace slopes up at one side and on the hill behind is a row the houses which looks into the ground, aptly named Freeview Road.

Behind each goal is open terracing. The Bristol End is giving to away fans and opposite is the Bath End a smaller terrace which has a safety net. The ground is completed by a set of traditional corner floodlight which includes one pylon which stands outside in the car park.

Twerton Park has also played home to financial stricken Bristol Rovers from 1986 to 1996 and Team Bath who were a full-time professional outfit playing in the Conference South until resigning at the end of the 2008–09 season. The stadium has a capacity of 8,800 with 1,006 seats with a record attendance of 18,020, set in 1960 versus Brighton & Hove Albion. 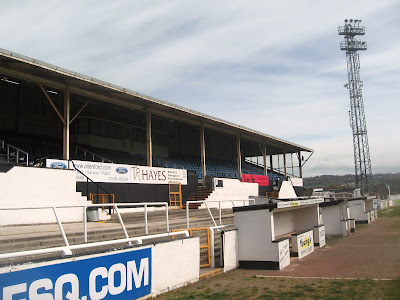 Bath City made it three wins on the bounce thanks to Lee Phillips' 14th goal of the season early in the second half.

Chances were at a minimum in an even first half, Jon Shaw headed against the bar for a Brittain cross and seconds later a shot from Watkins came back off the foot of the post in the 35th minute. Phillips bagged the winner two minutes after the restart, playing a one-two with Watkins before slotting a left-footed strike from inside the area under the advancing keeper.

Phil Turnbull and Jon Shaw produced good saves from Robinson, while Paul Heckingbottom went close seeing his header come back off the crossbar. Marley Watkins also struck the woodwork for Bath with a 25-yard effort and Phillips should have done better after capitalising on a defensive mix up.

Gateshead pressed hard in search of an equaliser, but substitute Richard Offiong wasted a golden chance in the dying minutes after a clever free kick from Turnbull, blasting his shot into the wrong net, finding the one behind the terrace and not the one between the posts.

We’re now into the final month of the campaign and this is the first meeting of the two clubs this season, this is all due to the fixture computer and not because of an earlier postponement. After the full time whistle the two clubs meet again in just over 48 hours, so Gateshead have the opportunity to quickly gain revenge, while City hope to complete a quickie league double in the space of just a few days. 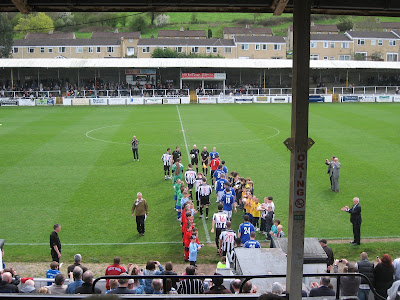 " What do you call a TV detective series set in sunderland? Whey aye Five O! "