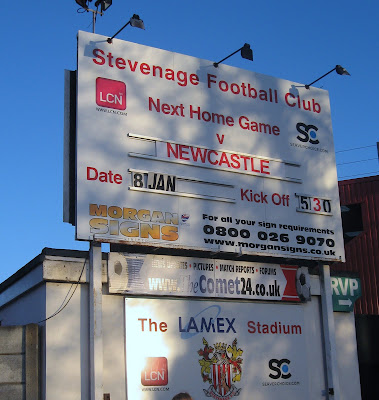 The FA Cup 3rd round draw worked out nicely for a second successive season, pairing Newcastle with Stevenage, another Football League ground I’ve still to visit.
I had planned to travel to Broadhall Way in February, but delayed booking trains by a week as I had a sneaky feeling that the velvet ball bag would again pair both clubs in a repeat of the infamous fourth round tie in 1998.

Stevenage is a town and borough in Hertfordshire, which was designated as the first new town on 1st August 1946, as part of the Abercrombie Plan after the War to establish a ring of new towns around London.
Stevenage Borough Football Club originally formed in 1976 following the bankruptcy and resignation from the Southern League of the town's former club Stevenage Athletic.
In 1980 Borough joined the United Counties League, winning the Division One title and League Cup in the club's first year. They joined the Isthmian League in 1984-85 and three promotions in four seasons in the early 1990s saw the club’s promotion to the Conference League in 1994.
After winning the league in 1995-96, they were denied promotion to the Football League due to ground criteria. The club missed out in the play-offs in 2005 before finally gaining promotion to the Football League last season. The club made their debut in the 92 with a new title, after dropping the 'Borough' suffix from their name.
Stevenage have also gained success in the FA Trophy, becoming the first team to win a competitive final at the new Wembley in 2007, beating Kidderminster 3–2 in front of a competition record crowd of 53,262, then again two years later beating York City 2-0. 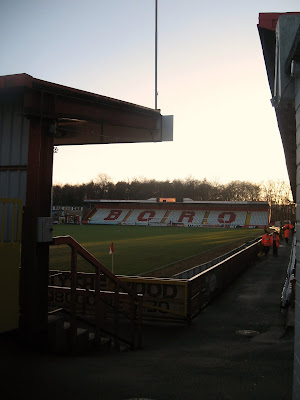 Broadhall Way was originally home to Stevenage Town from 1961, until the club went out of business and the ground instantly taking over by Stevenage Athletic in 1968.The ground was originally farmland with the first stand built in 1964, a 450 seated structure which stood for 30 years.
After Athletics’ demise in 1976 the ground remaining empty for two years. The pitch was ripped up and the stands partly derelict until the local council re-purchased the ground in 1978, allowing Borough to move in, re-laying the pitch and renovating the existing stands.
Following Stevenage's successful title campaign in the nineties, when promotion was denied to the League due to insufficient ground capacity and facilities, the Hertfordshire club have spent the new millennium upgraded the ground to the sufficient standard in readiness to host League football.

The Main Stand is all-seated and covered, a single tier which runs pitch length with a few glass-fronted club offices and executive boxes at the rear.
Opposite is the covered East Terrace, which again runs pitch length, its main feature is a central gable which has a clock face next to the television gantry.
The North Terrace has cover running three-quarters, with an open section at the east side. The stand was opened in 2001 at a cost of £600,000, with a capacity of 700, which also has a disabled section.
The South Stand is a single tiered 1400 all seated covered stand, which was also opened in 2001 and is the away section. There is an electric scoreboard on the roof facia and similar to the main stand there is a section of white seats with Boro picked out in red.

A new set of floodlights were installed on the eve of the 2007-08 season, then in January 2009 the club signed a 7-figure sponsorship deal with the Lamex Food Group, renaming the ground The Lamex Stadium. 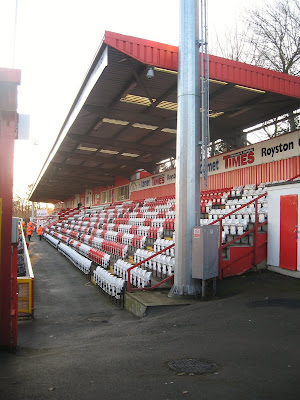 For some reason or another, I can’t quite recollect why, I wasn’t at the ‘98 cup tie. I do remember coming away from Goodison Park after a scrappy Ian Rush goal had booked our place in the next round, racing back to Ian’s car to catch the live 4th round draw.
Unfortunately we missed it, but all the talk on 5 Live was about Newcastle United being drawn away to Conference side Stevenage Borough, with the radio station commented on the game being switched, as it couldn’t be possible for little Broadhall Way to host such a tie.(I’m sure it was that dickwad Alan Green who was shouting the odds)
Freddie Shepherd agreed after a United party inspecting the ground, while manager Kenny Dalglish had a dig in his usual droll manner declaring "We'll play you anywhere, Hackney Marshes, anywhere" responding to jibes that the Toon were basically crapping themselves over the prospect of a potential giant killing.
The tension between both clubs built up the week prior to the match as The Sun newspaper backed Boro by sponsoring the team jerseys, giving away free plastic hats and slagging off NUFC, with negative stories every day in the run up to the game, so by kick off the hostility between both clubs had reached boiling point.
Stevenage hosted the tie after erecting a temporary stand behind the away end, which satisfied the FA, increasing the capacity to 8,100 which gave Borough their record attendance of 8,040.
I watched an uncomfortable ninety minutes at home on the sofa. The game ended all square(Dalglish blaming the bouncy ball) as Stevenage earned a trip to St James Park, before losing 2-1 in the replay, courtesy of an Alan Shearer double (one of which I admit, was a dodgy decision)
Thirteen years later and we meet again, however this time it’s a meeting of two very different clubs. Gone from Newcastle is the motor mouth chairman (now we have one that says nowt!) aloof manager and the multi-million pound squad, while Stevenage are quickly establishing themselves as a League club with a little ground to be proud of. 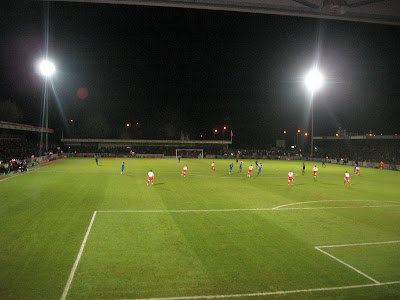 Just as I had a hunch that United would be drawn against Stevenage, I also had a horrible feeling that the home side would be victorious in this 3rd round tie.
The day started well, a smooth journey down the A1 with the Patrick’s (squad#2&79) with the car being filled with Graham(Squad#88)with his son Hayden, who we picked up en route.
After a brief exchange of words with Kevin Keegan, I enjoyed a 40 minute interview with the BBC outside the ground’s main reception. The interview was part of a new series on Radio 4 called 'The Completists' which is about obsessive collectors. The series features the likes of hoarders of scooters, train timetables, Peter Pan books and of course, some sad sack who collects football grounds. The interview was done by Ian Marchant with multiple Sony award winning radio producer Peter Everett. (Details of the programme will appear on the blog when it’s broadcast)

My anxiety about the Toon falling prey to a cup giant killing was confirmed earlier in the day, when I heard a very confident Boro manager Graham Westley talk up his teams chances of causing an upset on Talksport.
He had every right to be so buoyant, as his team outfought, outwitted and outclassed a lethargic United side, who badly let down the travelling supporters in the South Stand.
After a tepid first half, Boro took a deserved lead with a two goal burst early in the second half. Stacy Long's strike took a wicked deflection off the head of Mike Williamson before Michael Bostwick struck from the edge of the box via the post.
A miserable day for the Toon was complete when substitute Cheik Tiote saw red for a wild challenge before Joey Barton pulled one back from 30 yards in injury-time to half the deficit.
However it was false hope as Peter Winn restored the two goal cushion, the ex-Heed man slotting home to cap off a memorable day for the Hertfordshire club.
So after 13 years of Geordie hurt, Stevenage finally got their day of reckoning after the exploits of 1998. It’s said Revenge is a dish best served cold, well Boro got what they thoroughly deserved on a wintry January day - bitter revenge, which will haunt us Toon fans for many years to come. 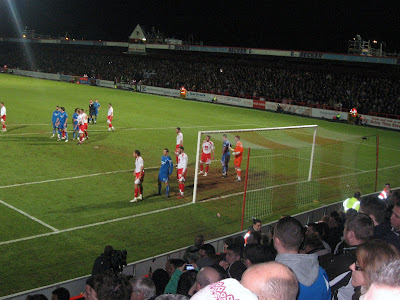 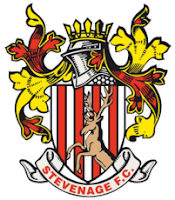 I was at that 1998 game and hated every minute. Course, it doesn't seem so bad after Saturday teatime.

I wish I had ticked this ground off in '98 as well.