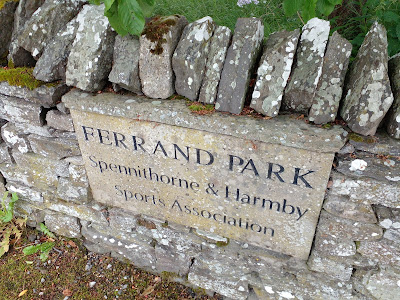 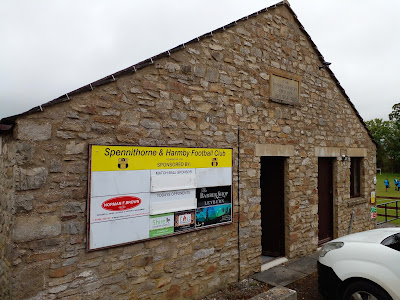 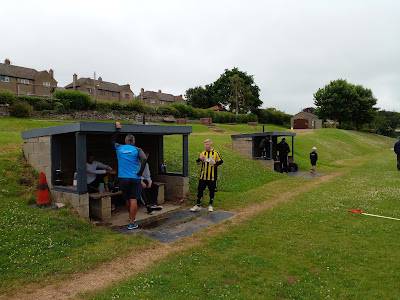 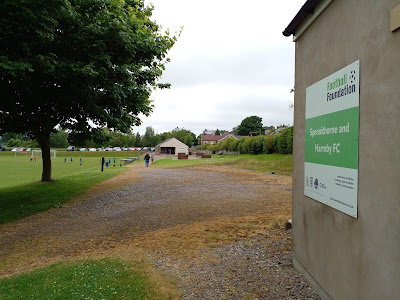 Spennithorne and Harmby are villages in Lower Wensleydale, just half a mile apart and not too far from Leyburn in North Yorkshire.The Domesday Book refers to Spennithorne as "Speningtorp" which Dr Whitake states as the thorp or village of the prickly thorn. Spennithorne was historically a large parish, and included the townships of Harmby and Bellerby, which both became separate civil parishes in 1866 (total population:around 400)

The sports associations of the two villages unite with the football team playing in the Wensleydale Creamery League. 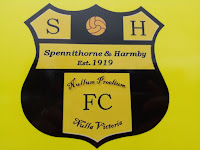 During the lockdown period Ferrand Park undertook some maintenance work including repairing the dugouts. The car park is behind the goal on the grass banking, which gives a good view on a wet day if you want to remain in your car. The pavilion is down the side with the banking extending around behind the dugouts. There’s also a tennis court and a cricket training pitch at the far end. Overall a neat and tidy ground in a quaint little village. 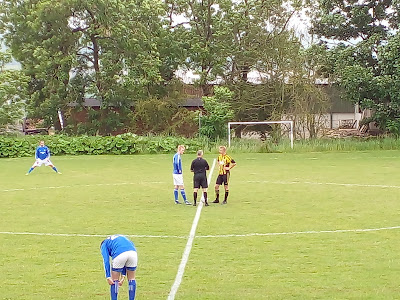 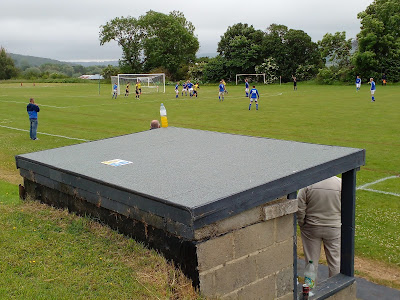 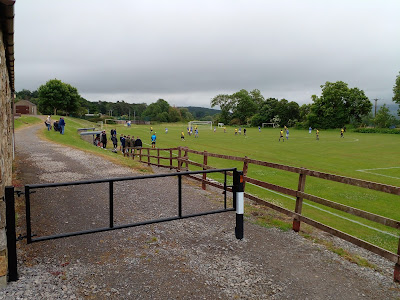 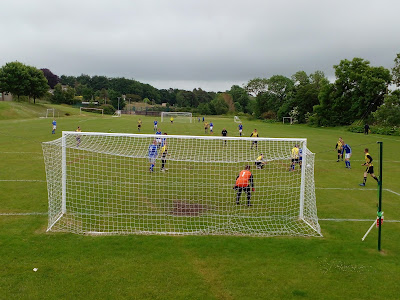 Midway through the first half of this game I would have predicted an easy home win and the visitors would struggle to get a shot on target. Hawes provided me wrong by taking the lead with their first effort, headed home by Macaulay Acton, before Spenni responded five minutes later with another header by Tim Weatherill.

Hawes regained the lead ten minutes after the restart, Kory Spink got on the end of a free kick with a neat volley to make it 2-1. Moments later the match came to a standstill with a nasty injury to one of the Spenni players. The lad was struggling to get to his feet, then suddenly a postman appeared from the car park, running onto the pitch to give aid. I clenched my fist and gave out a cheer, as I have a long running joke that -  whatever city, town or village I visit to watch a football match, I always see the postie doing his round. He helped get the player into his car before driving him off to the hospital, so a big well done to that man. Us postmen/women are a valuable part of the community you know, and we do much more than just post letters and parcels! 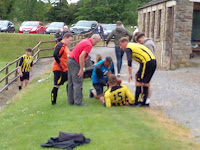 When the game got back underway Hawes immediately extended their lead before adding a fourth against the ten men(the hosts had no substitutes) The last few minutes plus the extended fourteen minutes injury time was a bit chaotic with plenty of goals. Acton completed his hat-trick and Daniel Richardson scored in the 104th minute. probably the latest goal I’ve seen and my last goal to hit the back of the net in the 2020-21 season. 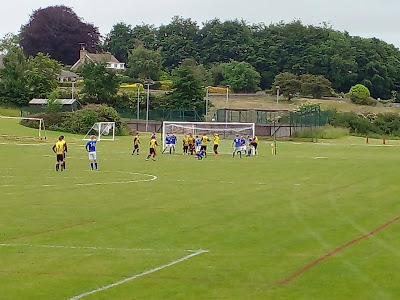 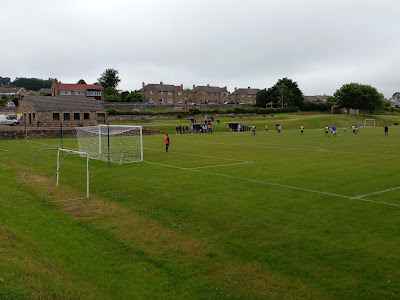 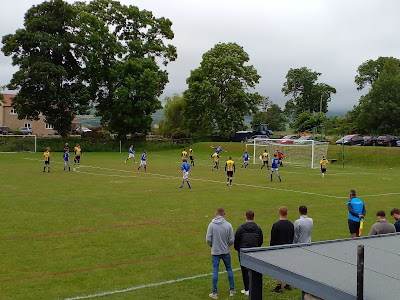 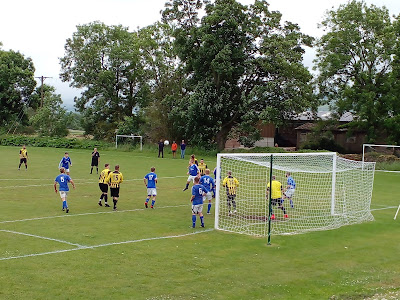 I travelled with Katie & Lee and Connor. A few of our Groundhopping pals were also present, so we watched the match with Harvey Harris, Alan KR, Mal Stephenson, Paul Brockett and Joe Gibbo with his better half.

The Wensleydale Creamery League has been our football saviour at the end of this difficult and frustrating season. I’ve thoroughly enjoyed the clubs I’ve visited over the last 6 weeks and I look forward to revisiting this division in the future. 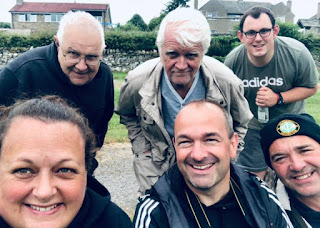