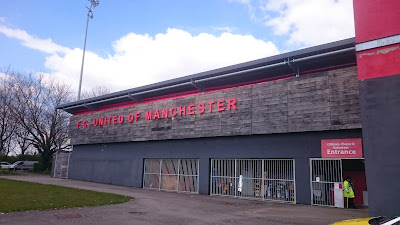 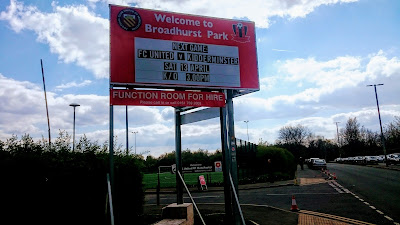 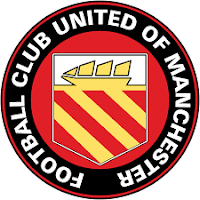 FC United of Manchester was founded in 2005 by Manchester United supporters opposed to American businessman Malcolm Glazer's takeover at Old Trafford. The club is owned by their members, who are able to vote on the running of the club. The supporter-owned football club is the largest in the U.K, peaking at over 5,000 members in 2015-16. 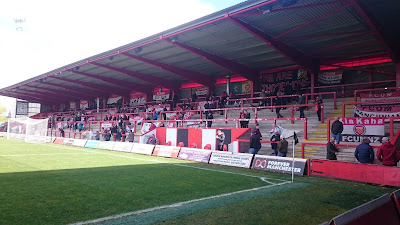 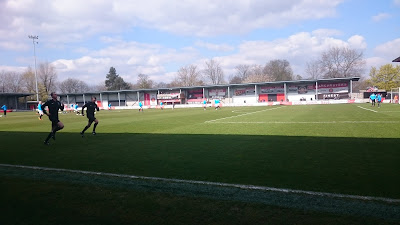 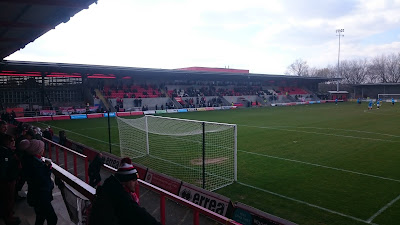 From 2005 FC United  ground shared with Bury at Gigg Lane, but fixture clashes meant they also played home fixtures at Altrincham, Radcliffe, Hyde United, Stalybridge Celtic and Curzon Ashton. The new ground in Moston opened in 2015, named after the once landowner Sir Edward Tootal Broadhurst, a local industrialist, who in 1920 donated 80 acres of the land for use as a park as a recognition of victory in the First World War.

The Main Stand is pitch length split with seats at the top and standing paddocks at the front. The St Mary's Road End is a covered terrace, decorated with flags which holds around 2,500 fans. This stand belonged to Northwich Victoria's old Drill Field ground, but following its closure it was dismantled and transferred to Broadhurst Park.
The North Terrace at the side and the Lightbowne Road End are both similar looking covered areas, with hard standing and no raised steps. 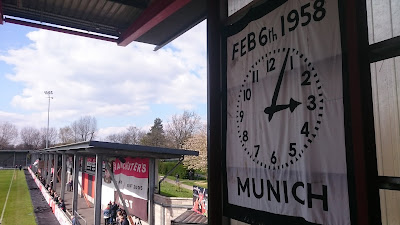 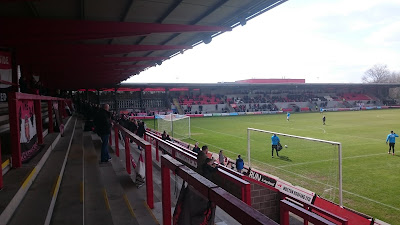 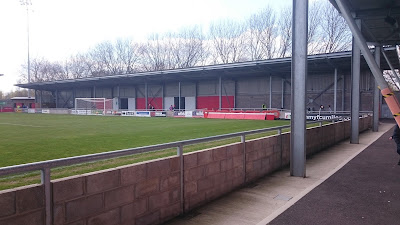 FC United stepped closer to the relegation trap door after a narrow home defeat to Kidderminster. The winning goal arrived on 33 minutes when Chambers was founded in the box and Ironside stepped up to score from the spot. 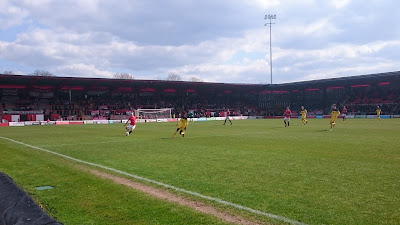 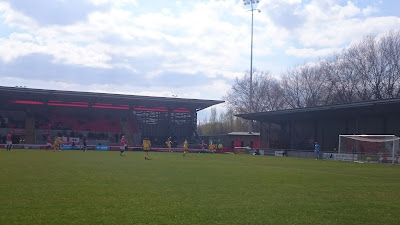 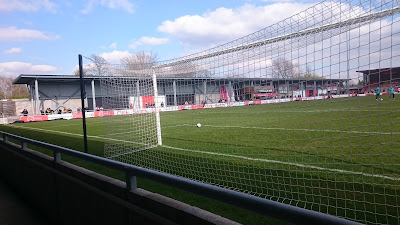 Following on from the morning game at Oldham Athletic Academy and our few hours in Middleton we arrived at Broadhurst Park at 2.30pm, where we were charged a fiver to park behind the St Mary's Road end. After the game we quickly navigated onto the M62, so back at Houghton in good time before catching my return bus hyem and back at 100FgCHQ in Gateshead before dark. 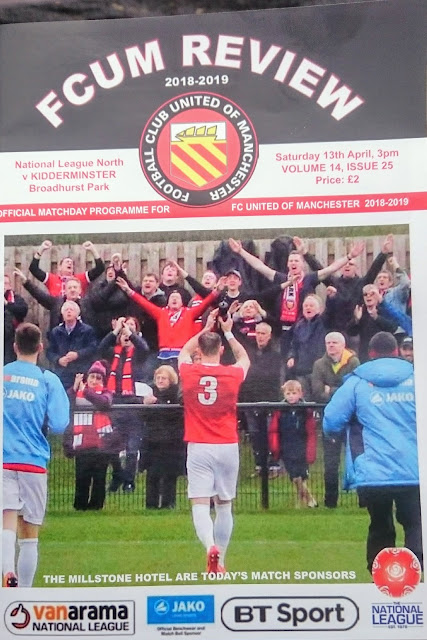