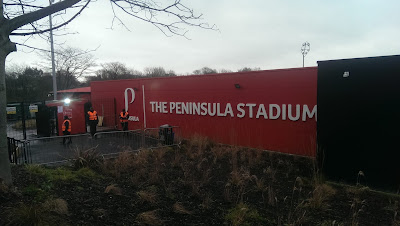 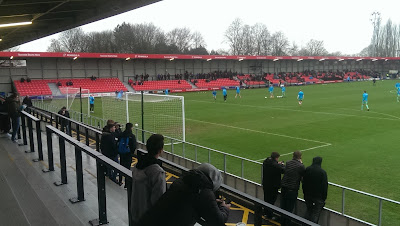 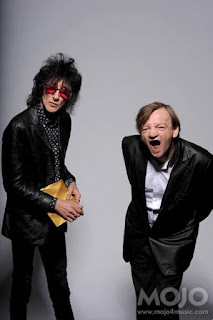 The City of Salford is a metropolitan borough in Greater Manchester, granted city status in 1926.(population of 245,600)  There are over 250 listed buildings in the city, including Salford Cathedral, and three Scheduled Ancient Monuments. The area’s growth came during the Industrial Revolution, especially in the textile industry. Following the closure of the docklands in 1982, Salford became one of the first and largest urban regeneration projects in the UK, with Salford Quays now a vibrant area which includes The Lowry and MediaCityUK.
There are numerous famous Salfordians I could mention but there’s two that automatically spring to mind, that in my eyes, outshine the rest. I give you The Fall frontman Mr. Mark E Smith and “the bard of Salford” - Dr. John Cooper Clark. 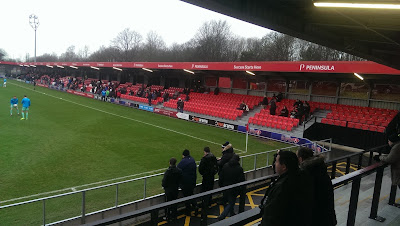 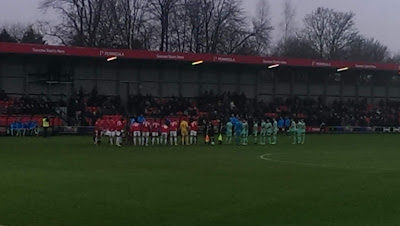 The club was founded in 1940 as Salford Central, competed in local leagues until they joined the Manchester Football League in 1963. They also changed their name at this time to Salford Amateurs and took the nicknamed "The Ammies" In 1980 they merged with Anson Villa to become Salford FC, before added the City suffix in 1989. 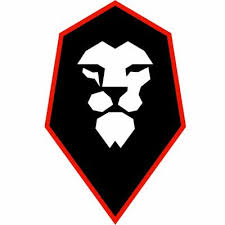 Of course, as everyone knows, the club came the prominence in recent years after the takeover of the club in March 2014 by four ex-Man United players, who changed the club colours from orange to red. The progress of the club was featured in the excellent BBC One documentary series Class of 92: Out of Their League.  featuring their rise up the football pyramid.
Cheshire League 1980-1982
North West Counties League 1982-2008
Northern Premier League (North) 2008-2015 (champions 2014-15)
Northern Premier League 2015-16 (promoted via play-offs)
National League North 2016-2018 (champions 2017-18) 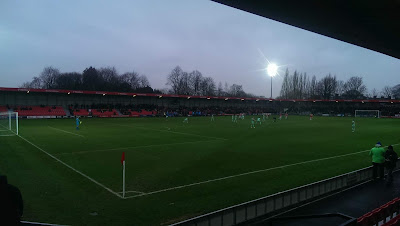 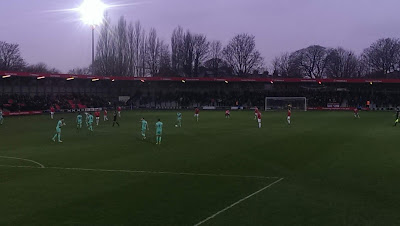 Peninsula Stadium
Moor Lane,
Kersal,
Salford,
Greater Manchester
M7 3PZ
National League grounds visited 24/24
Capacity 5,106 (2,240 seats)
Played here since 1978.
Moor Lane has been totally transformed in recent years with four new covered stands with enclosed corners. The North and South Stands are both seated, with terracing behind both goals. The ground was renamed the Peninsula Stadium in October 2017 as part of a corporate sponsorship deal, and officially opened by Sir Alex Ferguson. 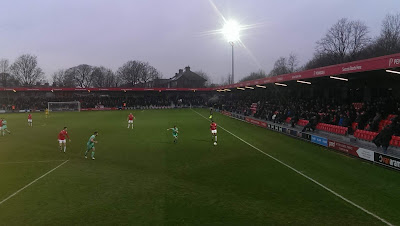 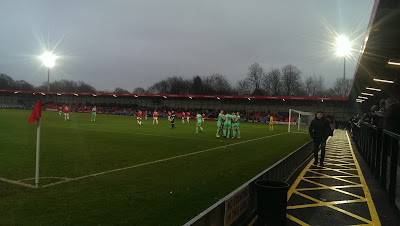 Return on the 1502 on Sunday.
98 bus at 1410 from Parsonage stop to the end of Moor Lane, arrived at the ground at 2.35pm
I merged this fixture with a Smidrophenia Ale trail weekend in Manchester with the breadknife. We supped in 17 GBG pubs over the weekend, with our favourite boozers being Lass O’Gowrie, The Brink and Peveril of the Peak.
We had a thoroughly enjoyable weekend, when it was also good to hear some cracking music from my favourite Manchester bands in the pubs... well... apart from when we visited The New Oxford and they constantly played f**king Simply Red. 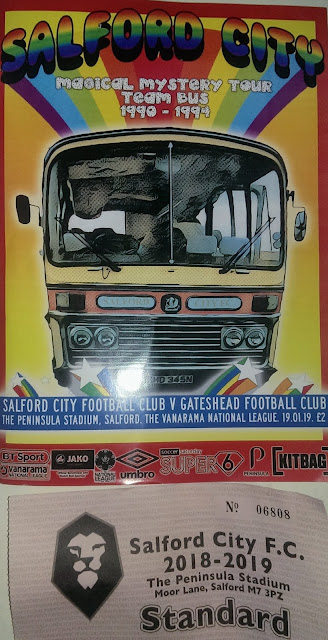 An excellent read, with lots of interesting information about Salford the city, as well as Salford the football club.