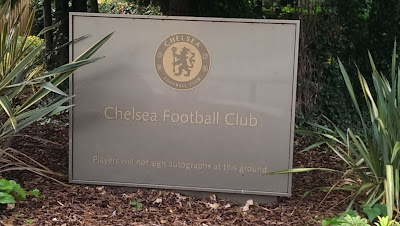 As part of my trip to Surrey for the Sutton United v Gateshead match, I spent the morning in the village of Stoke d'Abernon near Cobham, to visit the Cobham Training Centre.


The club's training facilities were pinpointed as a key area for new investment, when Roman Abramovich purchased Chelsea FC in July 2003. The outdated facilities at Harlington training ground, which is owned by Imperial College, had been used by the Blues since the 1970s. Chelsea were managed by José Mourinho at this time, and he regarded the move to a new modern training ground as a "significant step forward" in the club's ambitions to match their Premier League rivals. 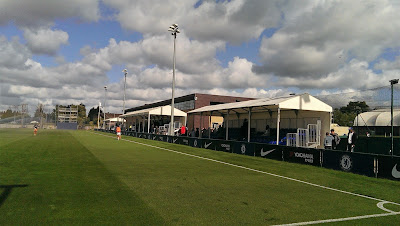 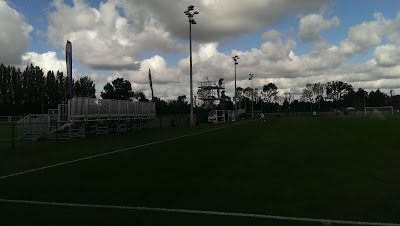 Planning permission was granted by Elmbridge Borough Council in 2004 and the club began training at Cobham in 2005, while construction was still ongoing, before its official opening in July 2007.
The 140 acre site cost a reported £20m and includes 30 pitches, an indoor artificial pitch, a media centre, gyms, cold immersion pools, a sauna, a steam room and a 56 ft HydroWorx pool.
Part of the planning permission authorised that none of the buildings in the complex were taller than others in the surrounding area, so approximately a third of the facility is underground, with a moat installed to reflect light into the basement floor to utilize energy.
The main pitch which the Academy team use is behind the Cobham Centre. On one side there are three identical stands with four rows of blue flip seats. The team dugouts are opposite, in front of the television gantry which is used by Chelsea TV.  The pitch is a 4G and there’s floodlights on both sides. 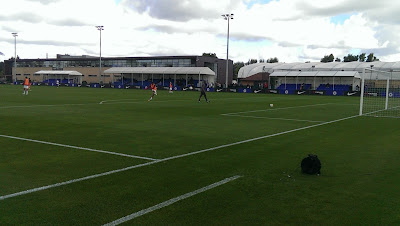 Chelsea U-18(1st) v Arsenal U-18(5th)
Premier League U-18 South Matchday 4
10.30am ko
Weather:sunny
Att.200.est
Two first half goals set Chelsea on their way to a 43rd game unbeaten at Cobham. A fabulous Marc Gueti volley set them on their way in the seventh minute, before debutant Billy Gilmour doubled the lead before the break. The young Scot picked up the ball inside and unleashed a 25 yard drive passed the diving 'keeper’s right hand post.
Arsenal improved in the second half, but the home team were always in command.This win makes it exactly 900 days since they last lost at home. 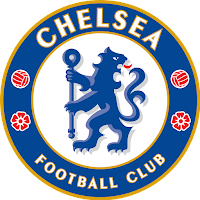 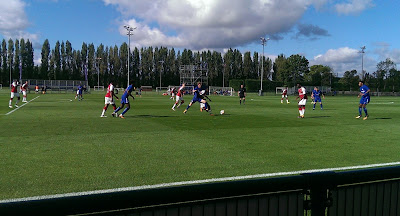 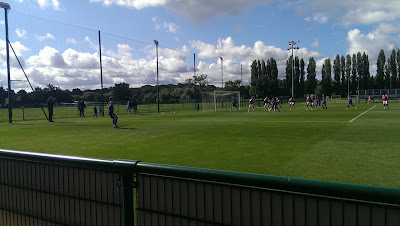 I was told several times yesterday  “You're a very lucky man”  by the security staff at the reception gate at the ground. Chelsea FC don't allow random people to come into the complex, it seems it's just parents and guardians of Academy players that are allowed in to spectate. (it's a case of  strangers in the company of young kids, everyone's has to be treated with suspicion) 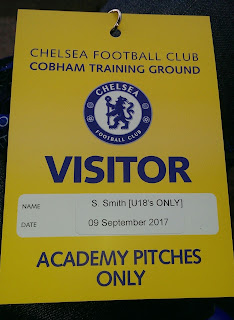 However, after giving the two guys in the entrance office some of my winning Geordie charm, they rang someone of authority from the club to plead my case. Thankfully they made an exception to the rule and let me in, but not before they asked for I.D, issued a security badge and instructed me I was only allowed at the U-18s match, and not to go anywhere else within the complex.
Having said that, I must say that the two lads were really canny and couldn't have been more helpful, even informing me about the staff shortcut to the train station afterwards. So, if you want to tick off this ground, my advice would be to contact the club first and get your name on the guest list, not unless you also have the gift of the gab, that could charm the birds out of the trees!
on September 10, 2017
Email ThisBlogThis!Share to TwitterShare to FacebookShare to Pinterest
Labels: Academy Grounds, Arsenal, Chelsea