After an enjoyable Saturday at the Peterborough Groundhop I was looking forward to the next two games, and even though I had a shit sleep I was boosted by a hearty breakfast which set me up for the day. The coach picked us up at 9.30 and we were on our way to our first game at Peterborough North Star in the Dogthorpe area of the city. 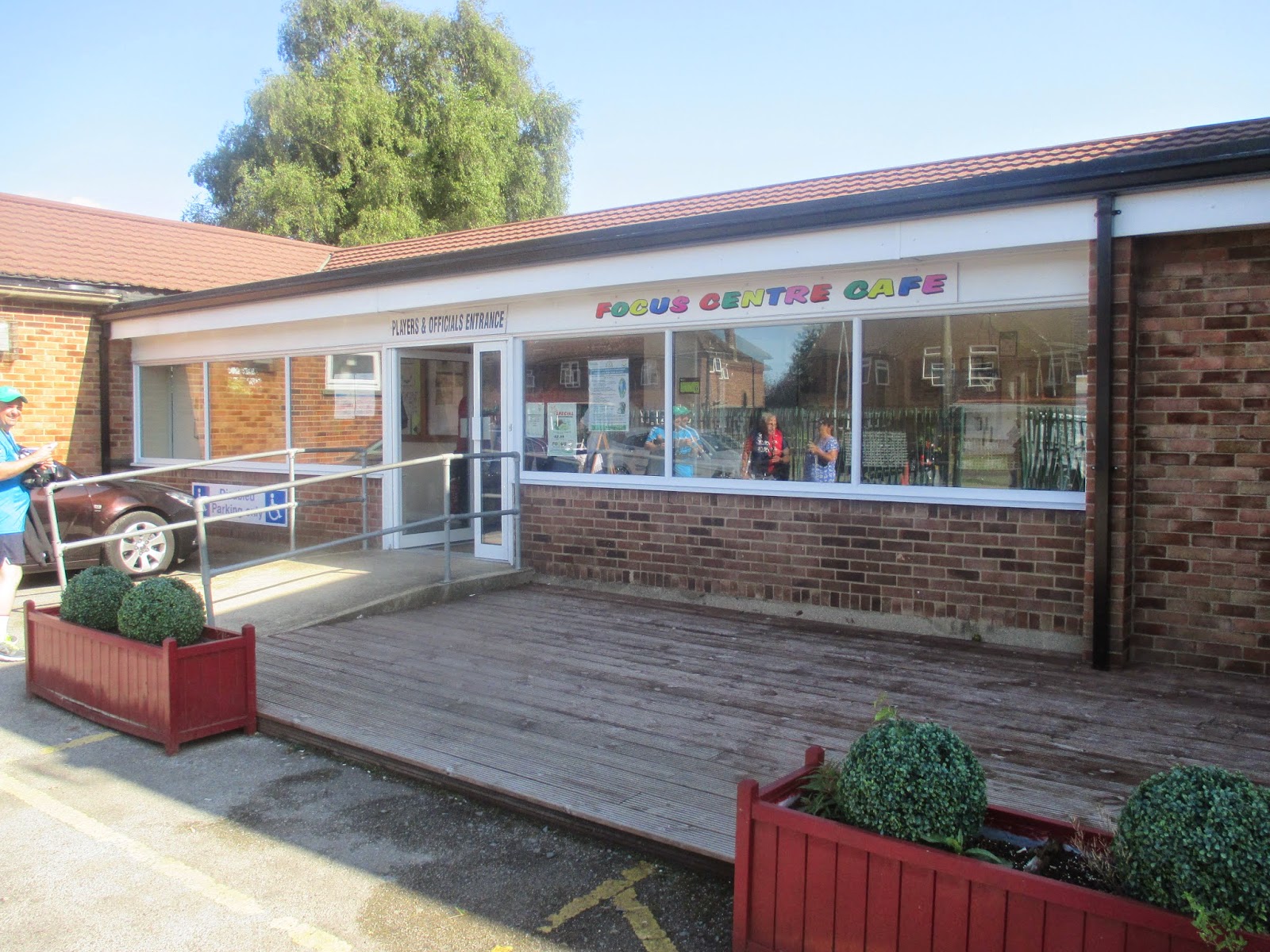 The club formed at the turn of the 20th century as a brickyard team based in the village of Eye initially named Northern Star, before becoming Eye United. They joined the Peterborough & District League and won promotion to the Premier Division in 1973. From 1999 a further three titles in four seasons followed, including winning all 30 league matches, as well as the Peterborough Senior Cup and the Jack Hogg Charity Shield in 2000-01.

The club had played at Lindisfarne Road since the 1960’s before moving to their current ground on Cheshunt Road as the club seeked promotion to the United Counties League.
In 2003 they joined the UCL and were renamed Peterborough Northern Star in 2005, finishing runners-up in 2007–08. The club weren’t promoted to the Premier Division due to ground grading issues, but after winning the league and again finishing second, promotion was granted for the 2010-11 season as the required improvements were made at Cheshunt Avenue. 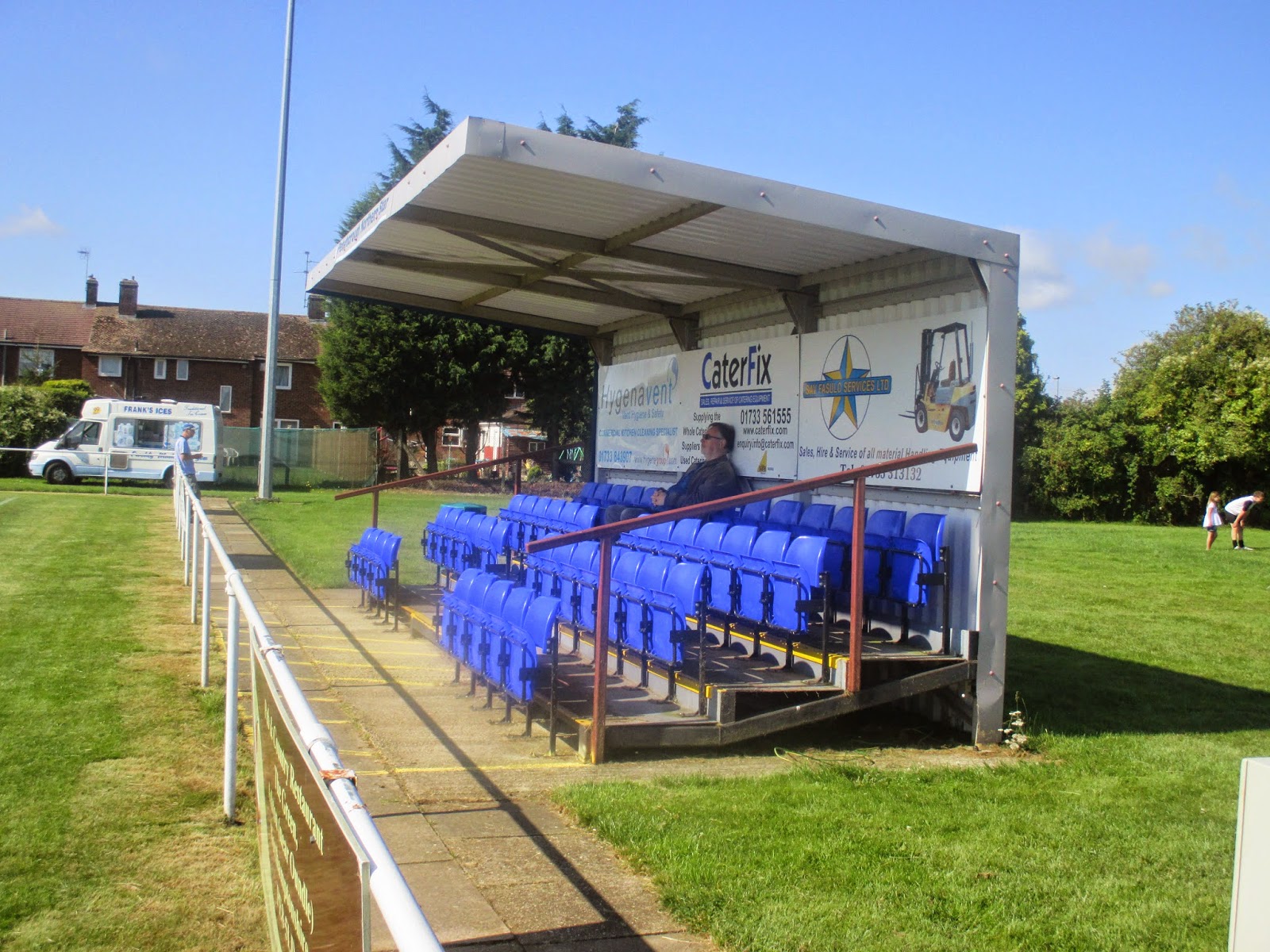 The main reception to the ground has a cafe bar at the right hand side and the clubhouse to the left, which has a large TV screen showing Sky Sports so after a busy day yesterday I was able to catch up with the football news. The paying entrance into the ground is from behind the goal, where there’s a covered section and the Star Snack Bar. On the far side there are two 50 seater mini-stands decked out with blue seats and in between is a large all in one brick dugout. There’s also another small covered section on the near side with the rest of this side open which continues around to the bottom end goal.

Peterborough North Star embraced the event with a penalty shoot out for the bairns, a bouncy castle and even the ice cream man was here. The top prize in the half time raffle was a television set, which I mentioned to the lass selling the tickets could be a problem getting it back home on the train to Newcastle, although Lee & Katie did win a prize but thankfully not the gogglebox. 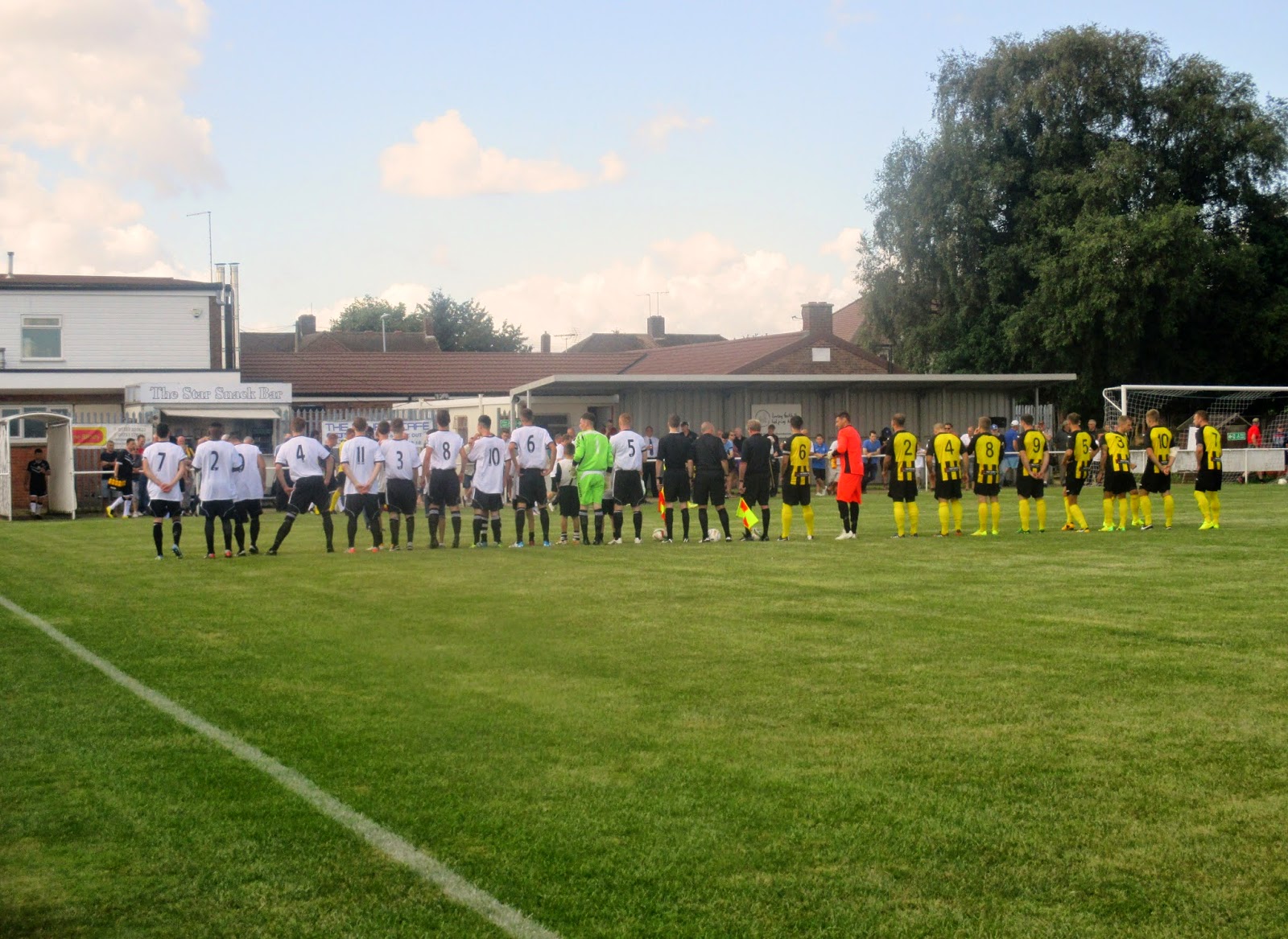 North Star faced much fancied titled contenders Holbeach United and if you asked any supporter of the home side, they’d say they were also were up against the referee as well. The hosts got off to a great start when Phil Stebbing gave them a seventh minute lead, but after twenty minutes it all began to go wrong when Jonny Clay brought down Spencer to concede a penalty. The referee judged the defender as the last man and from the spot kick Lee Beeson made no mistake and from this point the visitors never looked back. Just after the half hour a lovely flick from Jake Gibson set up Ashley Fueller, and they extended the lead early in the second half when Liam Parker headed home a corner kick. 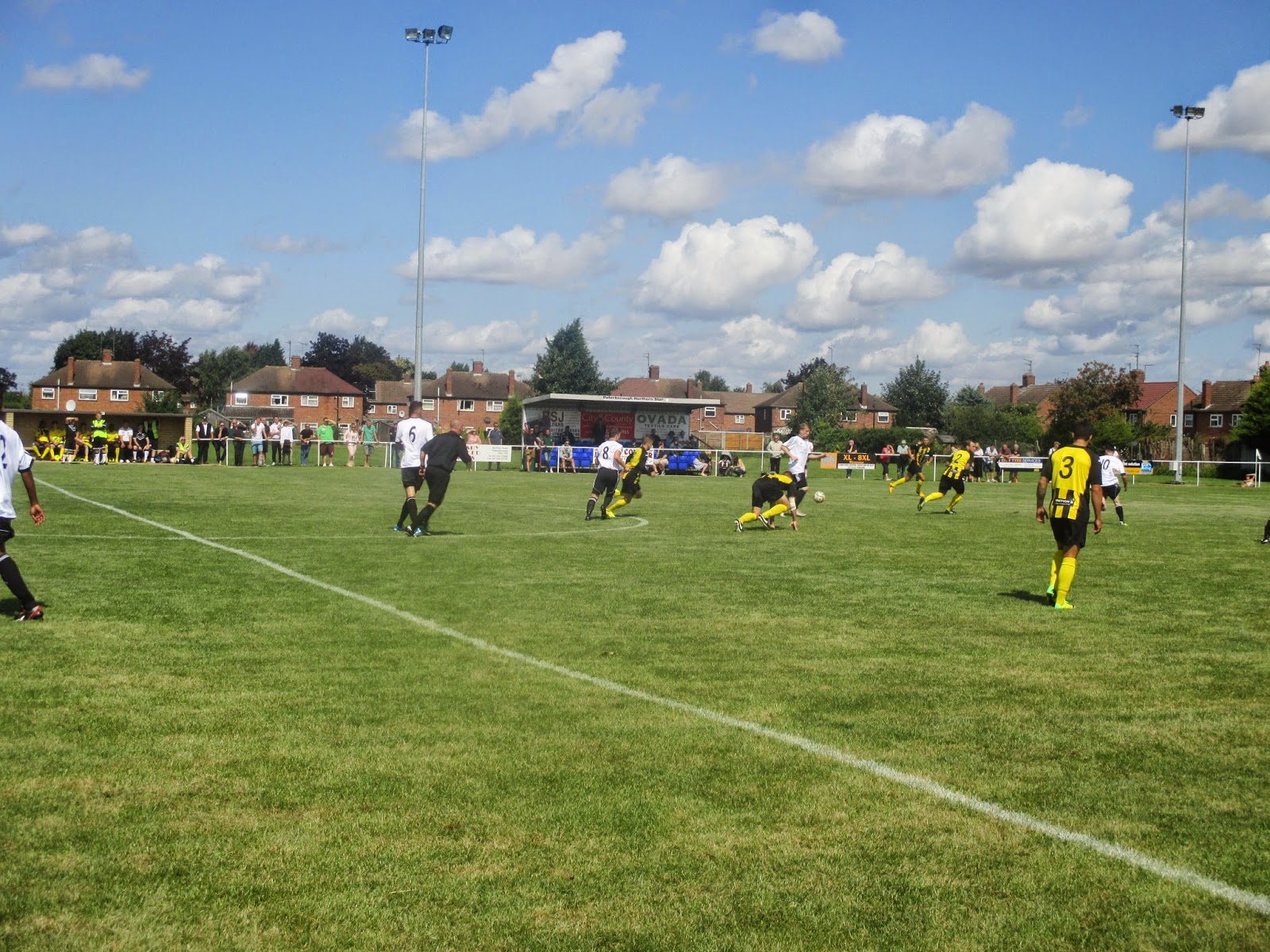 On the hour mark North Star were reduced to nine men, Stebbing received a second yellow card after a reckless challenge and from then on it was just a matter of how many the Tigers would score. The Holbeach manager exploited the numerical advantage by putting on pacey striker Livodokuhle Dube and he quickly bagged himself a couple of goals, the first of which was finishing off a great interchange of passes after a quick break from a North Star corner. Deep into injury time Jake Duffy made it half a dozen, wrapping up a terrific win to start the new season.
I enjoyed my visit to Peterborough North Star having regretted missing out on seeing Dunston play at Chestnut Avenue a few seasons back in the FA Vase, but I’m glad I made it for the groundhop, its just a pity I was here to see North Star get gubbed! 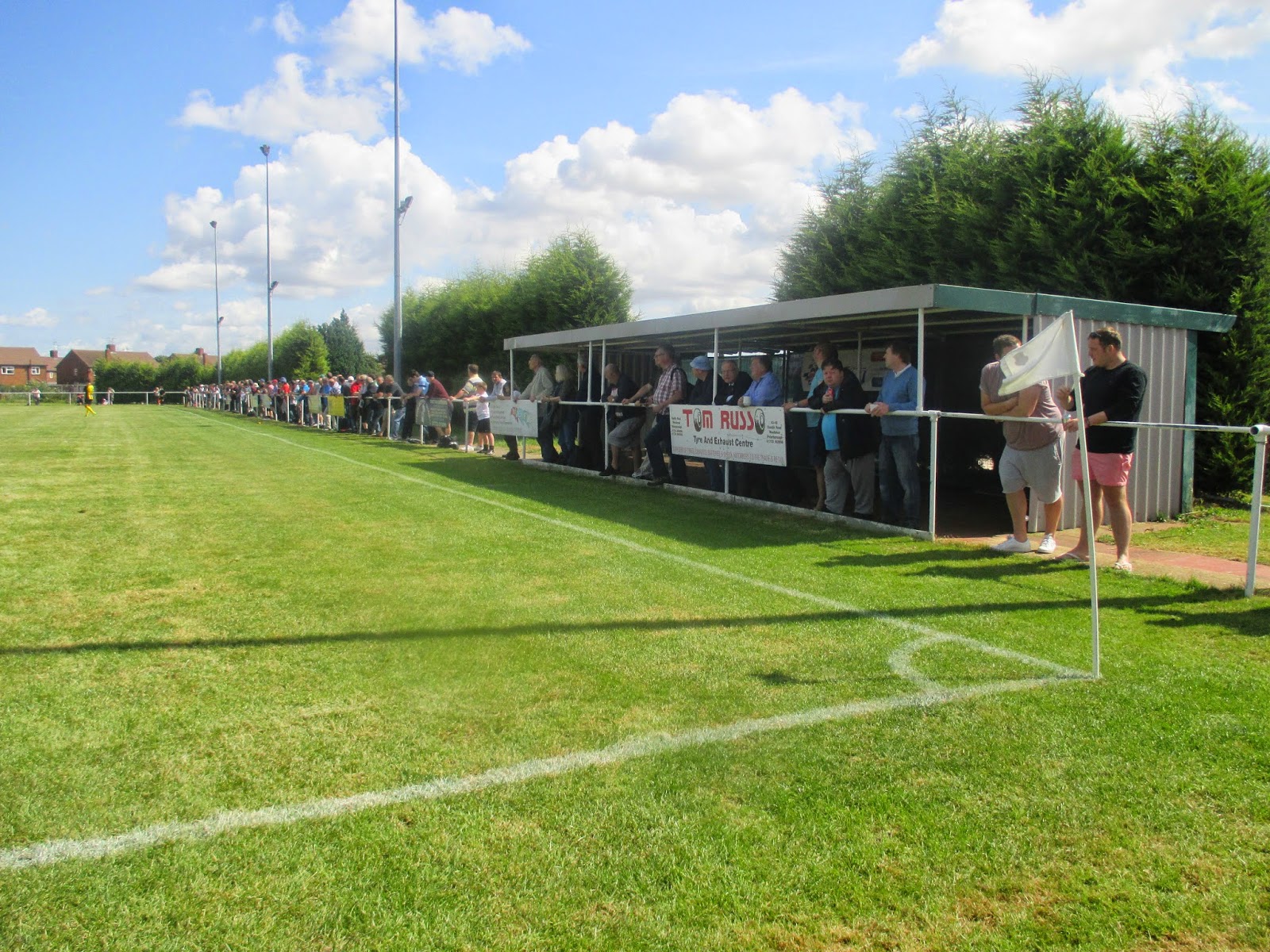 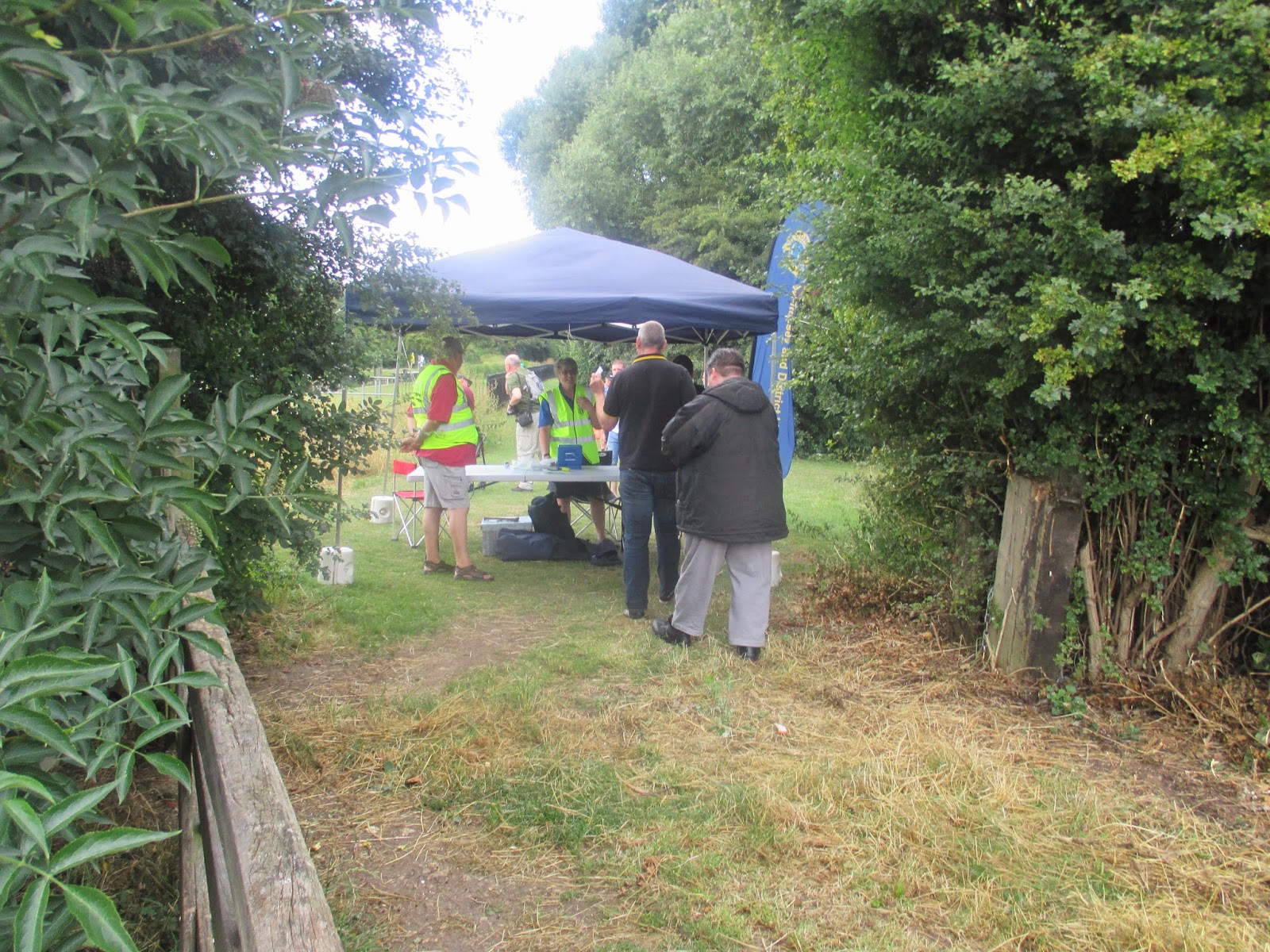 For our final match of the weekend we headed 6 miles west of Peterborough to the Fenland market town of Whittlesey. The town sits between Peterborough and March and is historically connected between its two neighbours by the Fen Causeway, a Roman road which was constructed in the first century AD, the same route which is now followed by the A605. 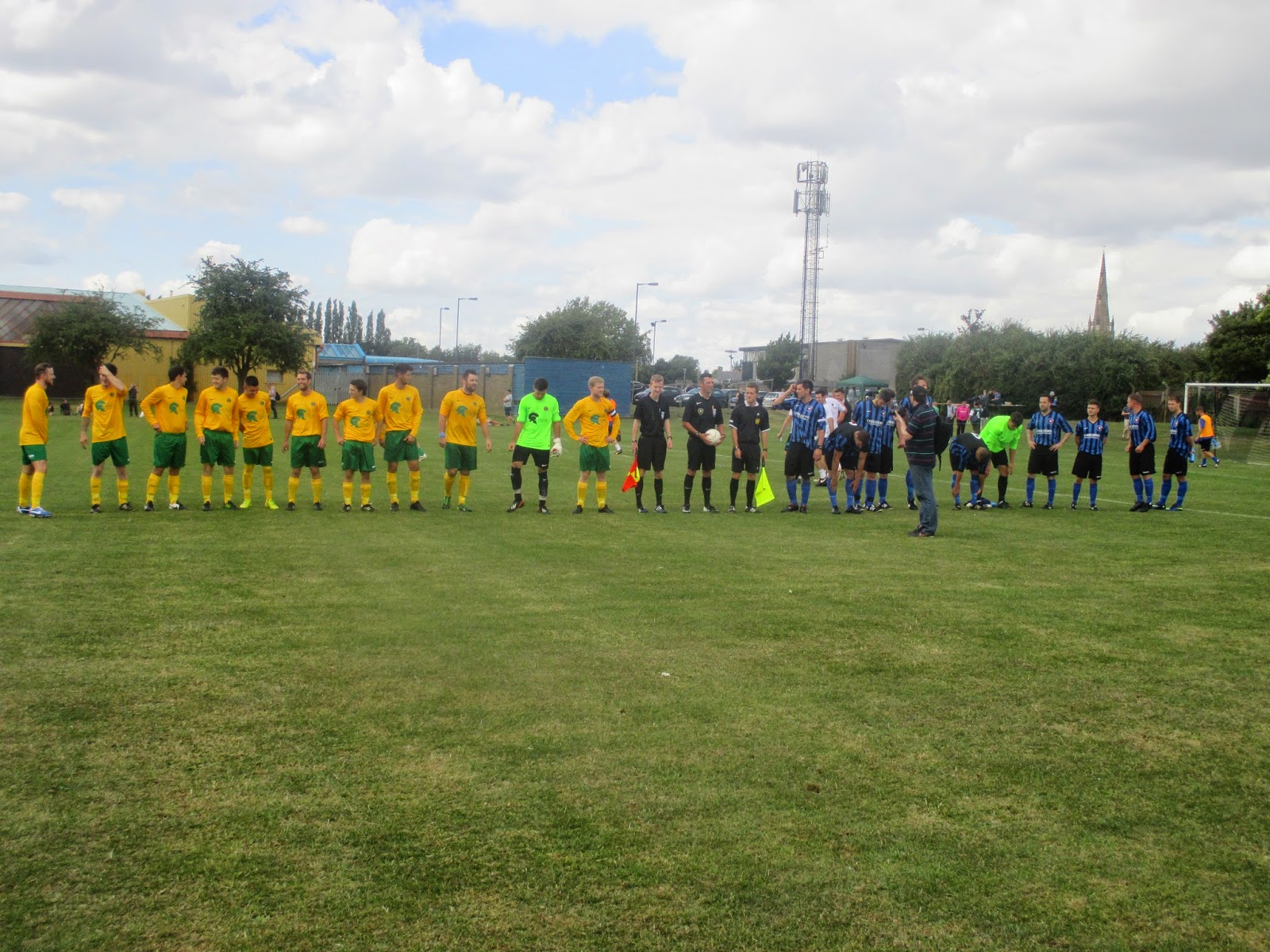 During the summer a new club was formed in the Peterborough & District League as rival teams Coates Athletic and Whittlesey United joined forces. The club are initially playing as Coates Athletic and are using United’s Manor Field ground, until work on the new facility just along the road at Fedale is completed sometime next month.  The new ground is funded by the Fenland District Council and the Football Foundation, but with the club running a total of five team at different divisions within the league set up, they’ll also use the facilities at the Manor.
The club will be renamed as Whittlesey Athletic in the future, but they’ve already made a head start with this, as the club strip has the name and new crest already on their shirts. 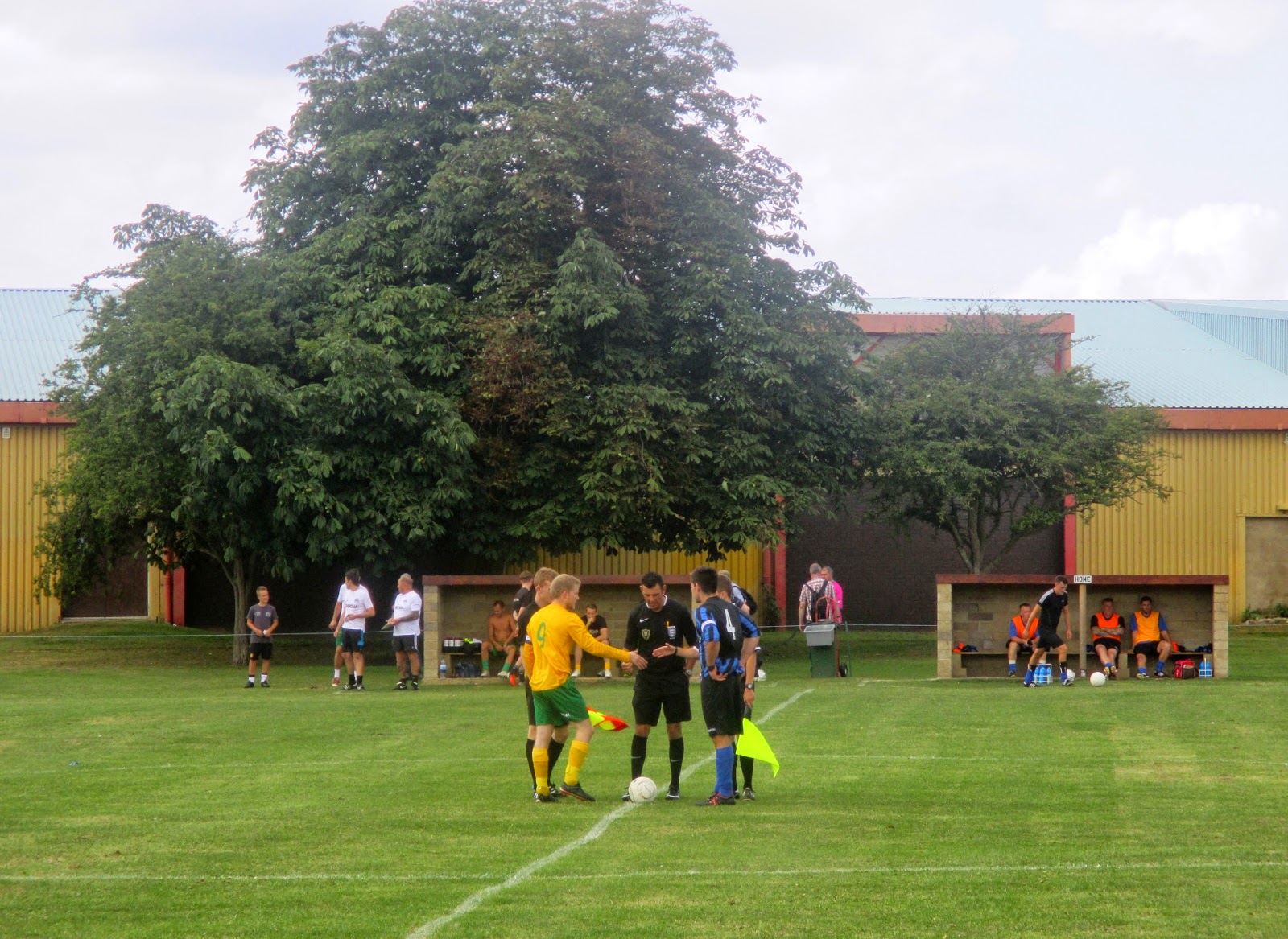 The Manor Field is basically a large plot of land used for cricket with the football ground at the side. The pitch is roped off with a pair of brick dugouts with seats courtesy of picnic tables and benches behind the bottom goal. The clubhouse has a bar with the changing rooms at opposite sides of the building, so both teams emerge from different exits. 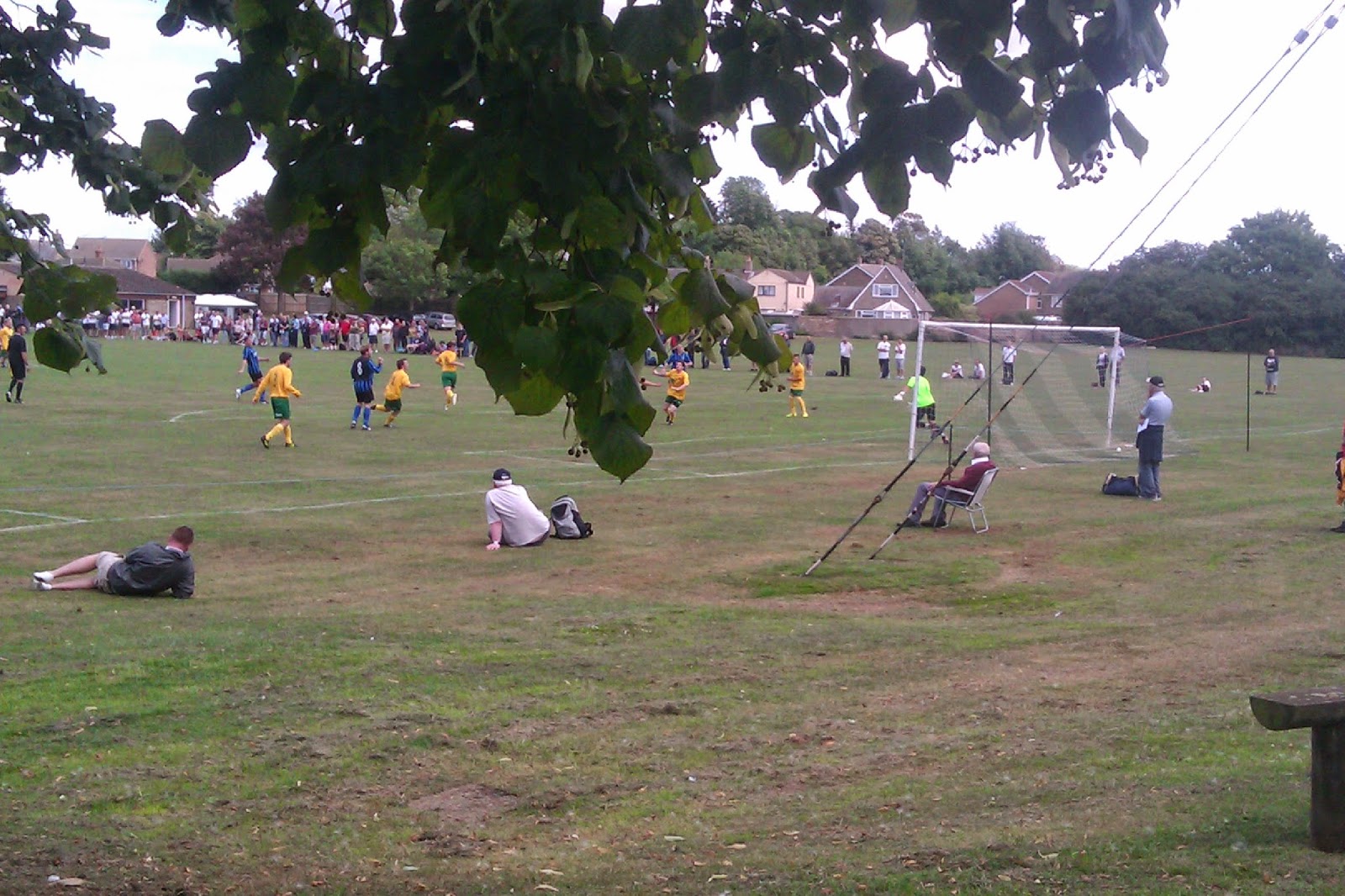 After witnessing seven goals earlier in the day we were lucky enough to be treated to more of the same. The match got off to a cracking start with 3 goals in the space of four minutes, with Oakham’s Jamie Forbes heading on a free kick after 15 minutes, followed by an immediate response from Coates as Dan Drake found space in the box to round the ‘keeper and tuck the ball into the net. The parity was short lived however as Adam Rothery latched onto an underhit back pass to slide in, and surprisingly the goals dried up until first half stoppage time when Richard Nelson got on the end of a corner kick with a clever side foot shot from the edge of the box.
Oakham started the second half as they finish the first, after a jinky run from Nelson set up Tom Caldicot to fire home. Coates halved the deficit just before the hour mark when Adam Piergianni played a neat one-two to score from six yards. Another goal from the hosts would have set up a grandstand finish, however it wasn’t to be as Michael Nelson grabbed United’s fifth on 82 minutes, and their misery was complete when Simon Dalton saved Drane’s penalty late on. 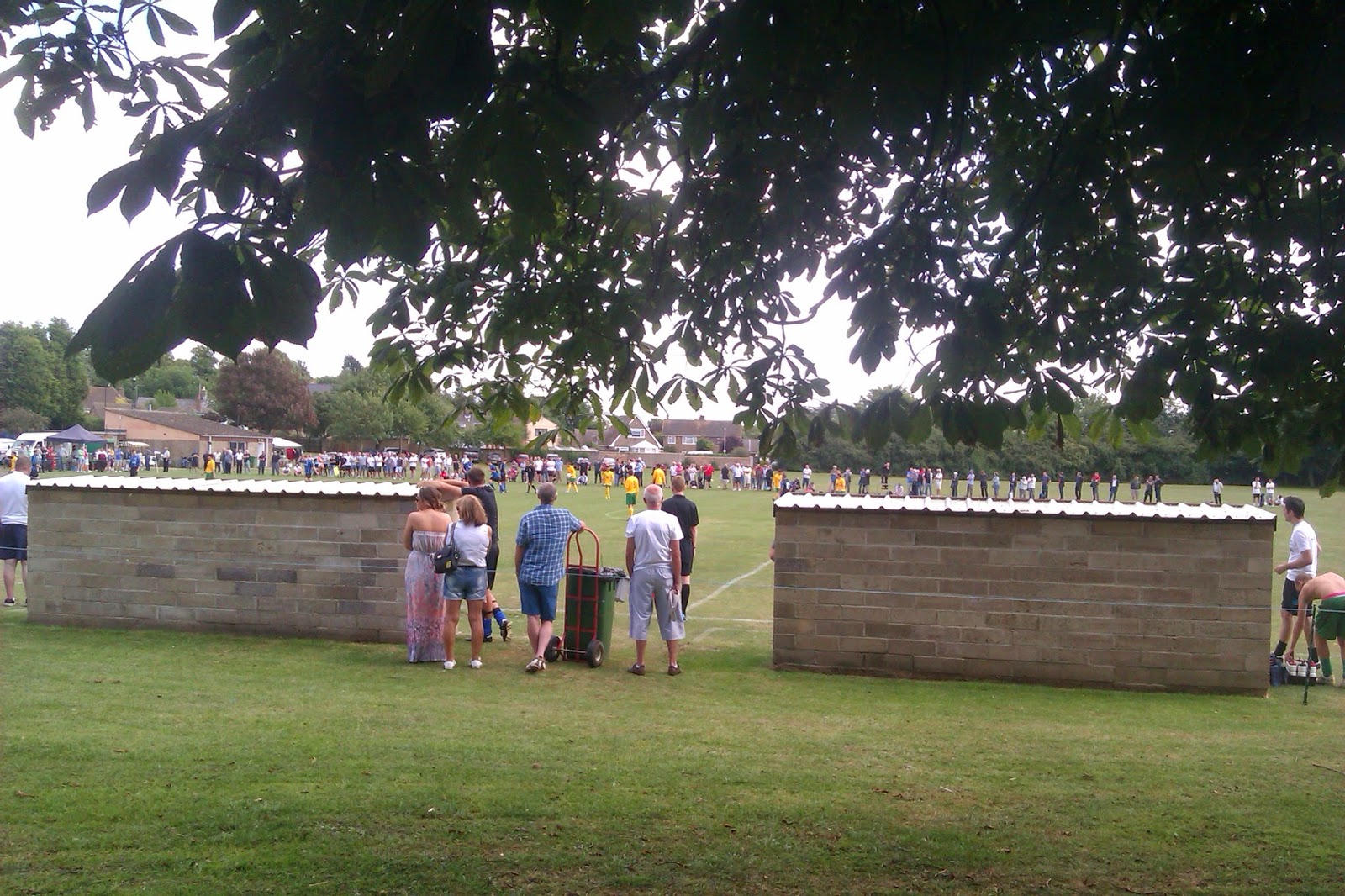 
After the final match the coach dropped us off at Peterborough rail station, where we said our goodbyes and thanked Chris and Laurence for a top weekend, as they’ve again played a blinder organising an excellent hop. As I had three hours to kill before my train home and Lee & Katie had an even longer wait, we were left with no choice but to go on a post match pub crawl. I’ve already ticked off the two Wetherspoons in Peterborough, but as Lee & Katie have now caught the Spoons bug I took them to both pubs as well as the Samuel Smith’s Wortley Almshores and the Brewery Tap. Overall it was a fab few days, as well as the football it’s good to catch up with groundhopping friends and meet people for the first time who also share this hobby. I’ll hopefully be doing a few more hops this season, so I can look forward to plenty more “Grand Days Out” with GroundhopUK in the future. 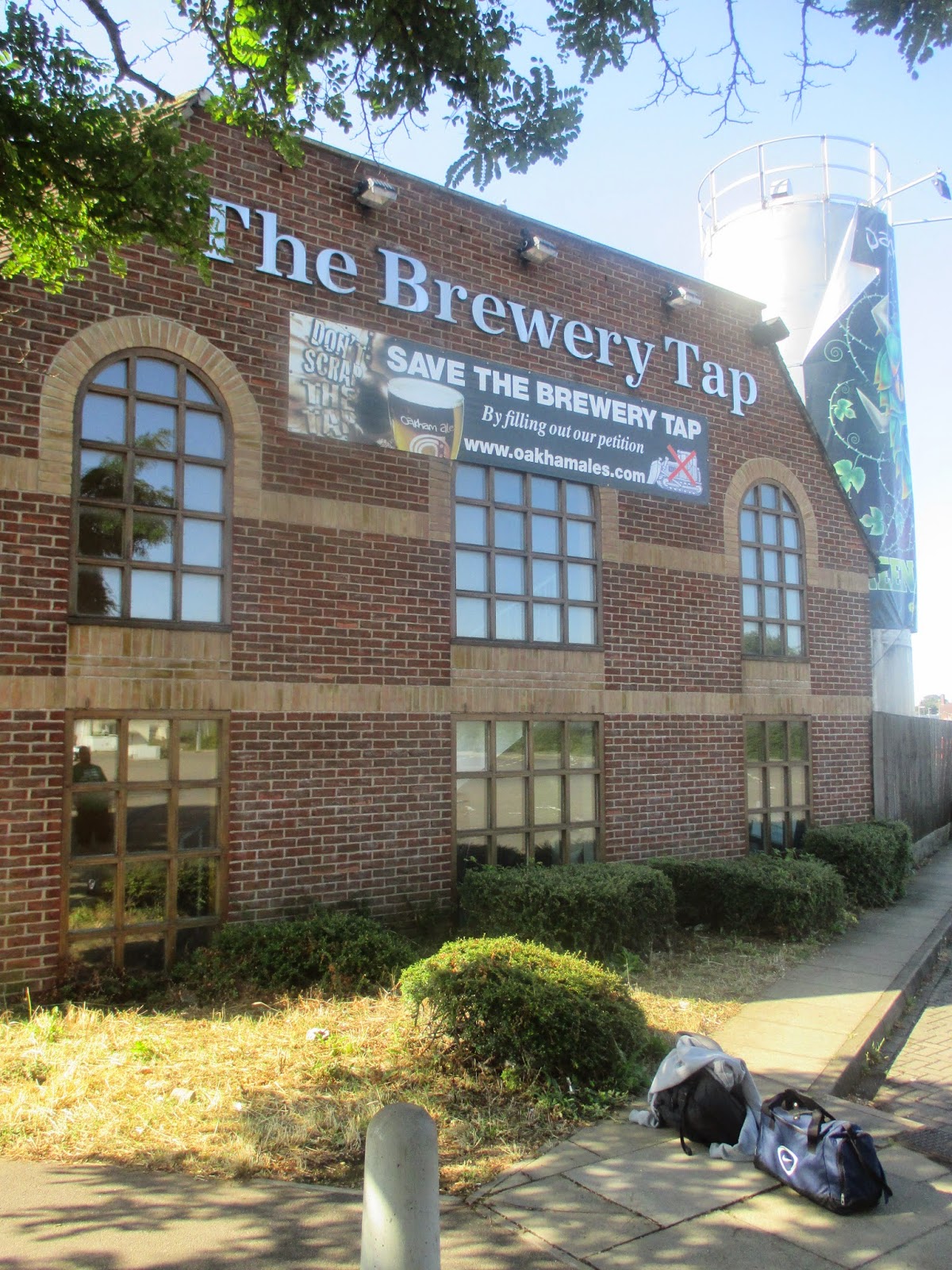 A great summary of the weekend! There is no need for guys like me to keep a record as you do it for us! Thanks. See you on other hops this season - I think I am going on them all (other that North Wales over the Bank Holiday as my son is getting married - why he gets married on a Saturday in the football season is very inconsiderate!)