From Belmont to Wembley

A football season that started in the bright summer sunshine in Durham came to a close last Sunday at Wembley Stadium. My season kicked off with a friendly back in July (on the day of Stevie Clifton's Stag-do) with Gateshead beaten Partick Thistle 2-1 and ended in the same glorious weather, but unfortunately not the same result. A gallant effort from the Heed wasn't quite good enough to beat a very good Cambridge United side, but the experience of seeing my home town team playing at the national stadium is a memory I'll always treasure. 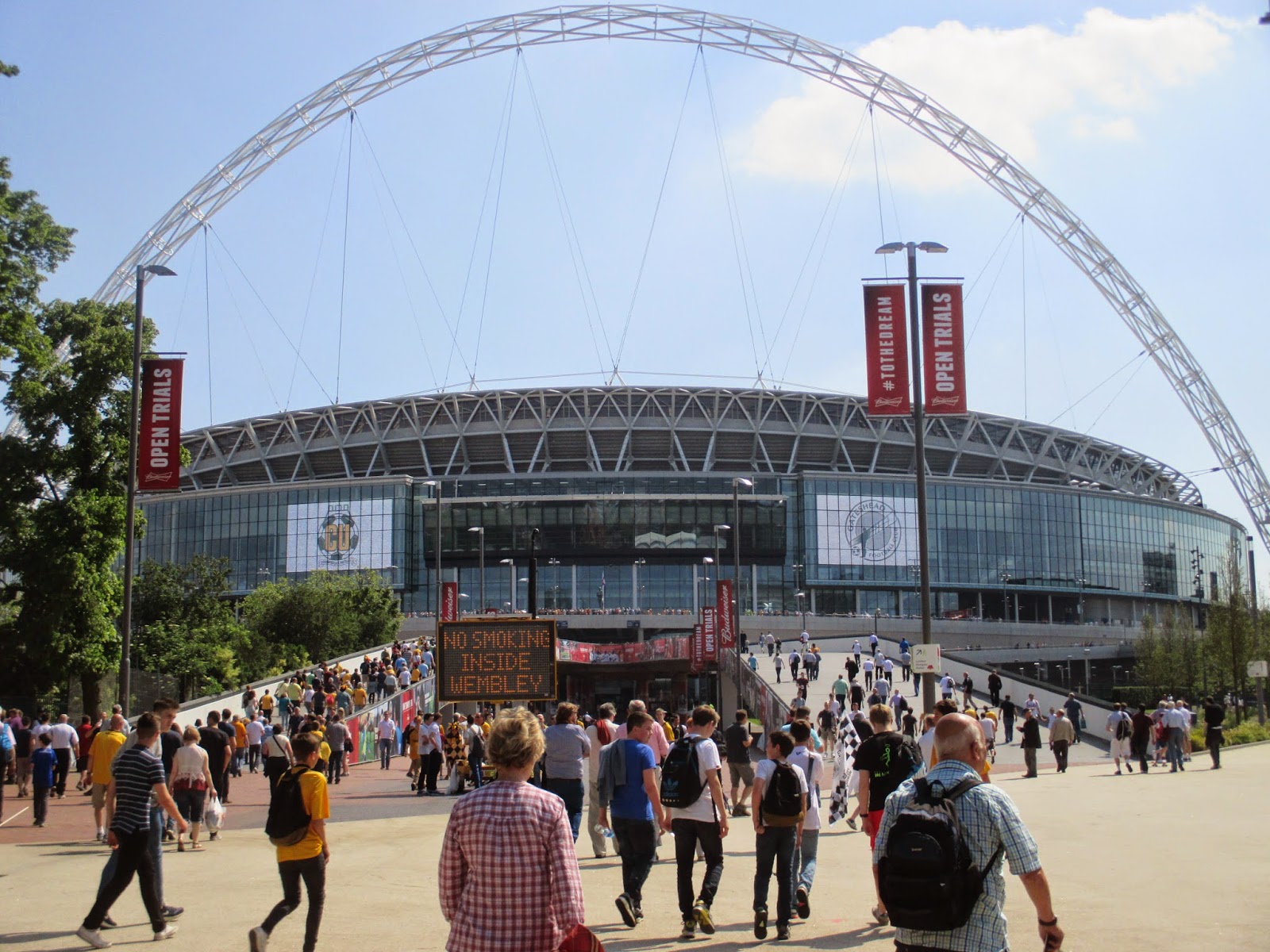 It's probably been one of my most enjoyable seasons, not just because of the exploits at Gateshead FC, but mainly because of my varied travels this season,...oh..and also I never had to endure the pain and suffering of watching NUFC much this season. I only saw seven first team matches at St James Park(and 10 overall) which is my lowest total since the 1976-77 season.

My overall stats for the season are as follows...

Enjoy the summer, the World Cup and I'll be back again in July.
Cheers you loyal beautiful readers! x.

on May 21, 2014
Email ThisBlogThis!Share to TwitterShare to FacebookShare to Pinterest

So glad I found the blog this season! I will be over to England several times next season, but I am a long way from 100 grounds. Some day ....