Around The Alliance - part ten

I dipped into Division One for the last ‘Around The Alliance’ feature of the current season at matches with effectual matters at both ends of the table, as I visited two lots of saints. 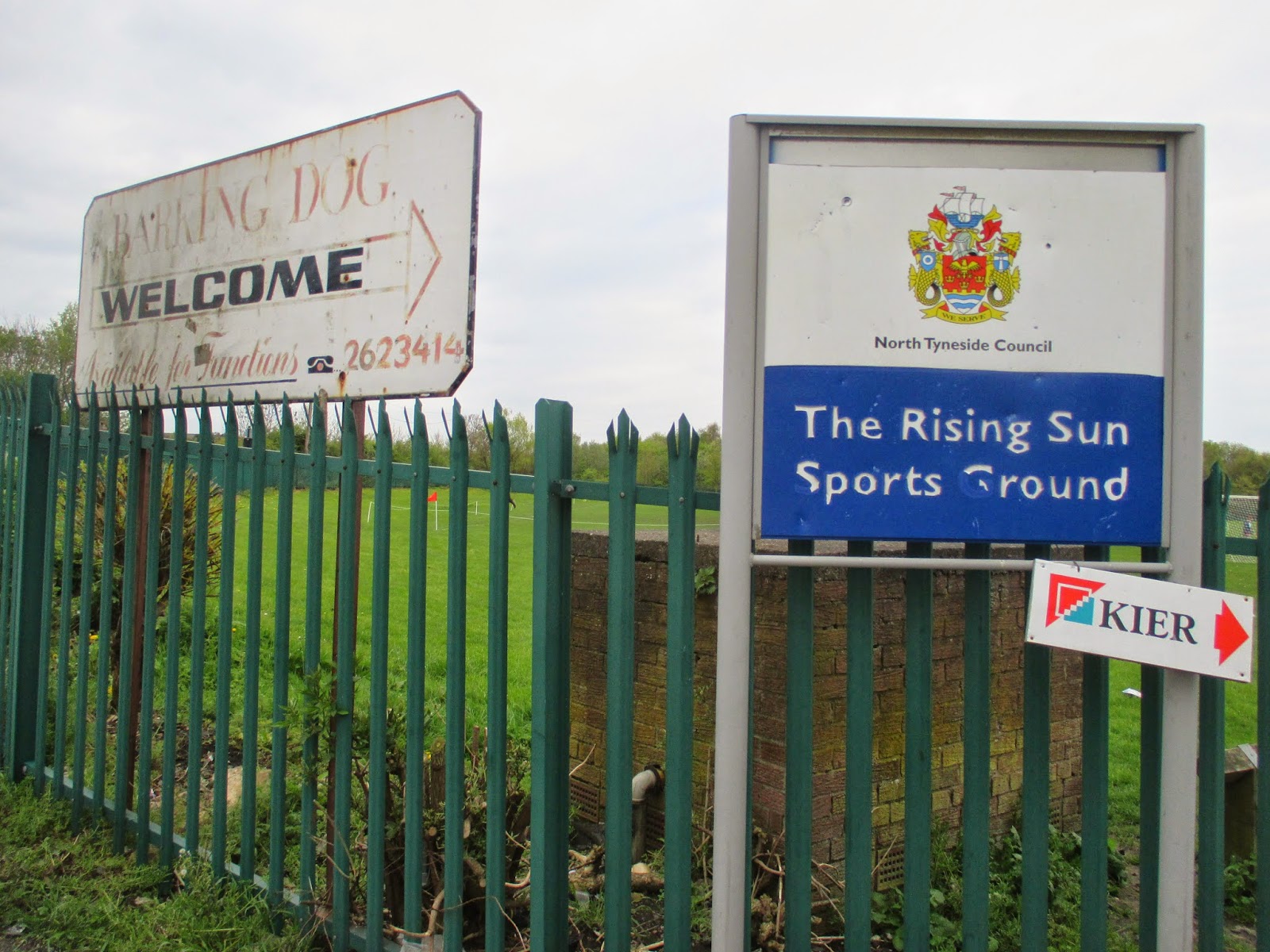 Willington Quay is an area in the borough of North Tyneside, originally in the parish of Wallsend. The Rising Sun Sports Ground is not actually in Willington Quay, but found on the north side of the Coast Road at the top of Kings Road North, beside the Rising Sun Country Park. The ground is also known as the Barking Dog with the main pitch close to the entrance, opposite the car park. The clubhouse and changing room block is in the centre of the sports ground with another full size pitch and a floodlit five a side pitch at the back. 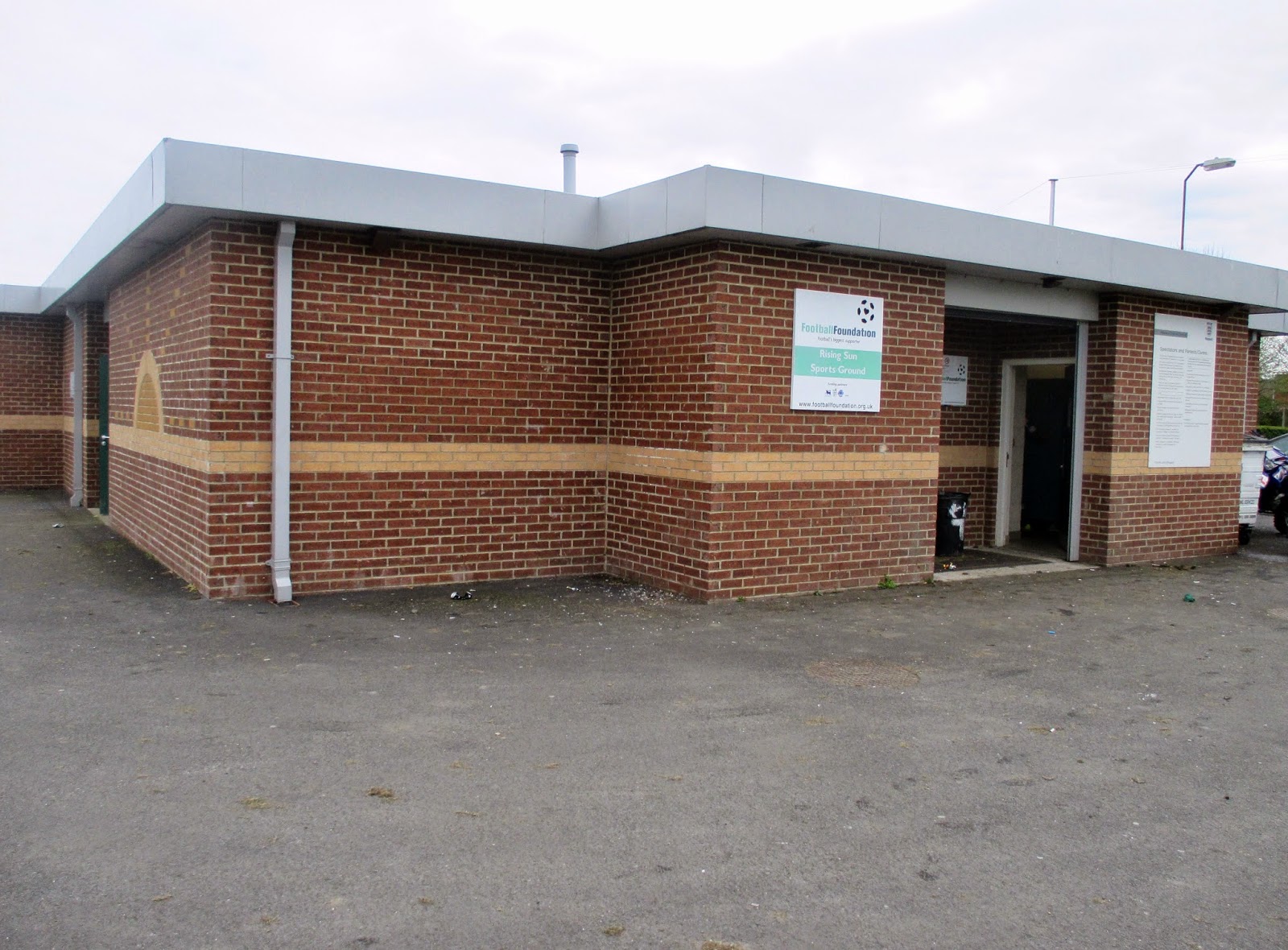 Willington Quay Saints formed in 2000 out of the local social club known to its regular customers as “The Morgue” as it was frequently visited by the local undertakers.  The team began in the South East Northumberland league in the 2000-01 season and played there for two seasons, winning the League Challenge Cup in their debut year. When the league merged in 2002 to become the Tyneside Amateur League Division 2  they won the league and gained promotion. In 2007-08 the Saints stepped up to the Northern Alliance Division Two and after a 7th place finish in 2011-12 were granted promotion due to clubs leaving the Alliance set up. The team struggled in the higher division last season but avoided relegation due to a strong finish to the campaign and the demise of other club’s folding 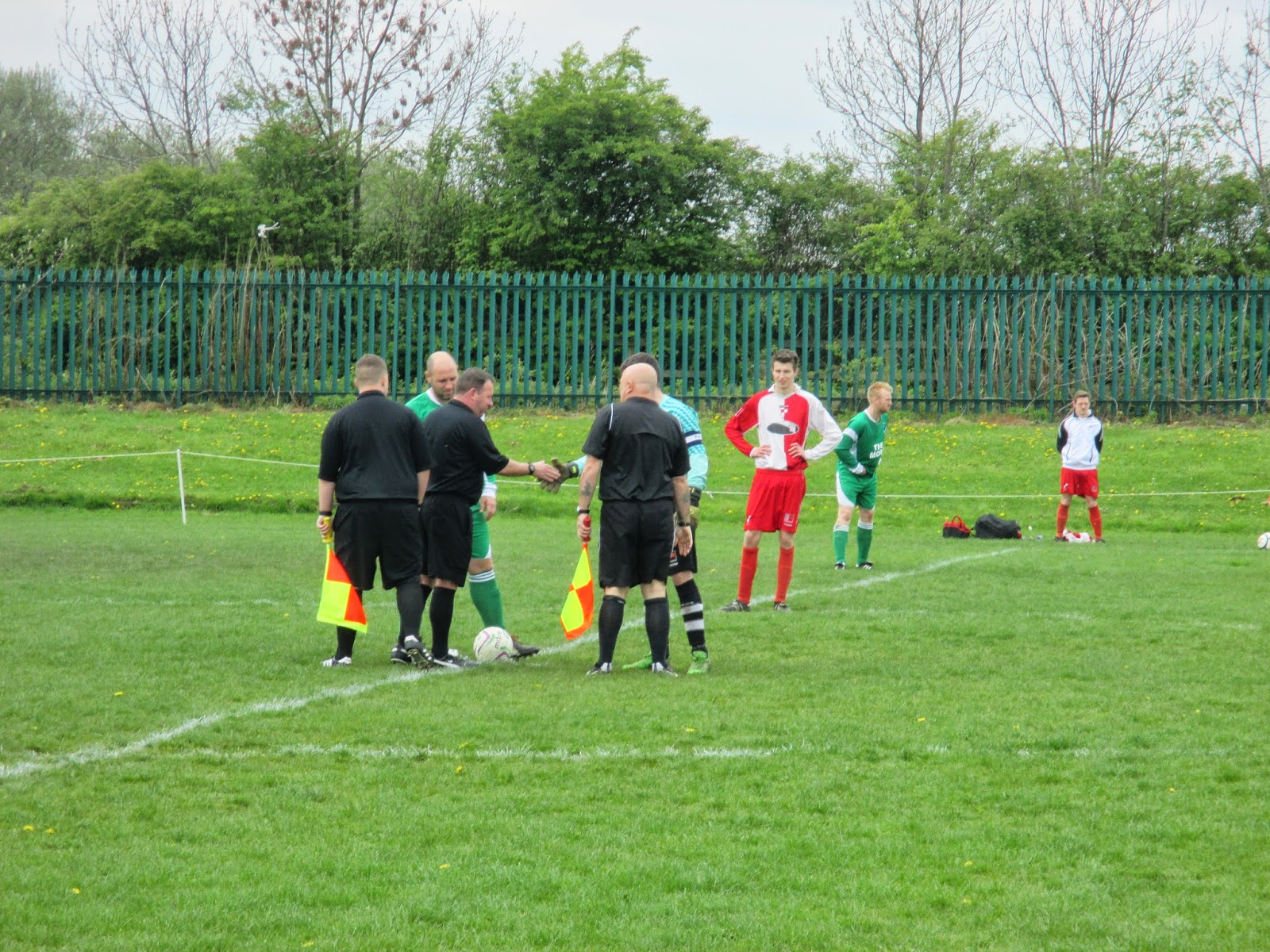 The Saints went into the last home game of the season against Gosforth Bohemians needing a point from their remaining two matches to condemn Heddon to the wooden spoon and avoid relegation to Division Two. The home team emerged from the changing rooms hand in hand, singing a chorus of ‘He’s Got The Whole World In His Hands’ I don’t know if this is their usual ritual or it was just a one off, so in retrospect, I regret not asking what the crack is. 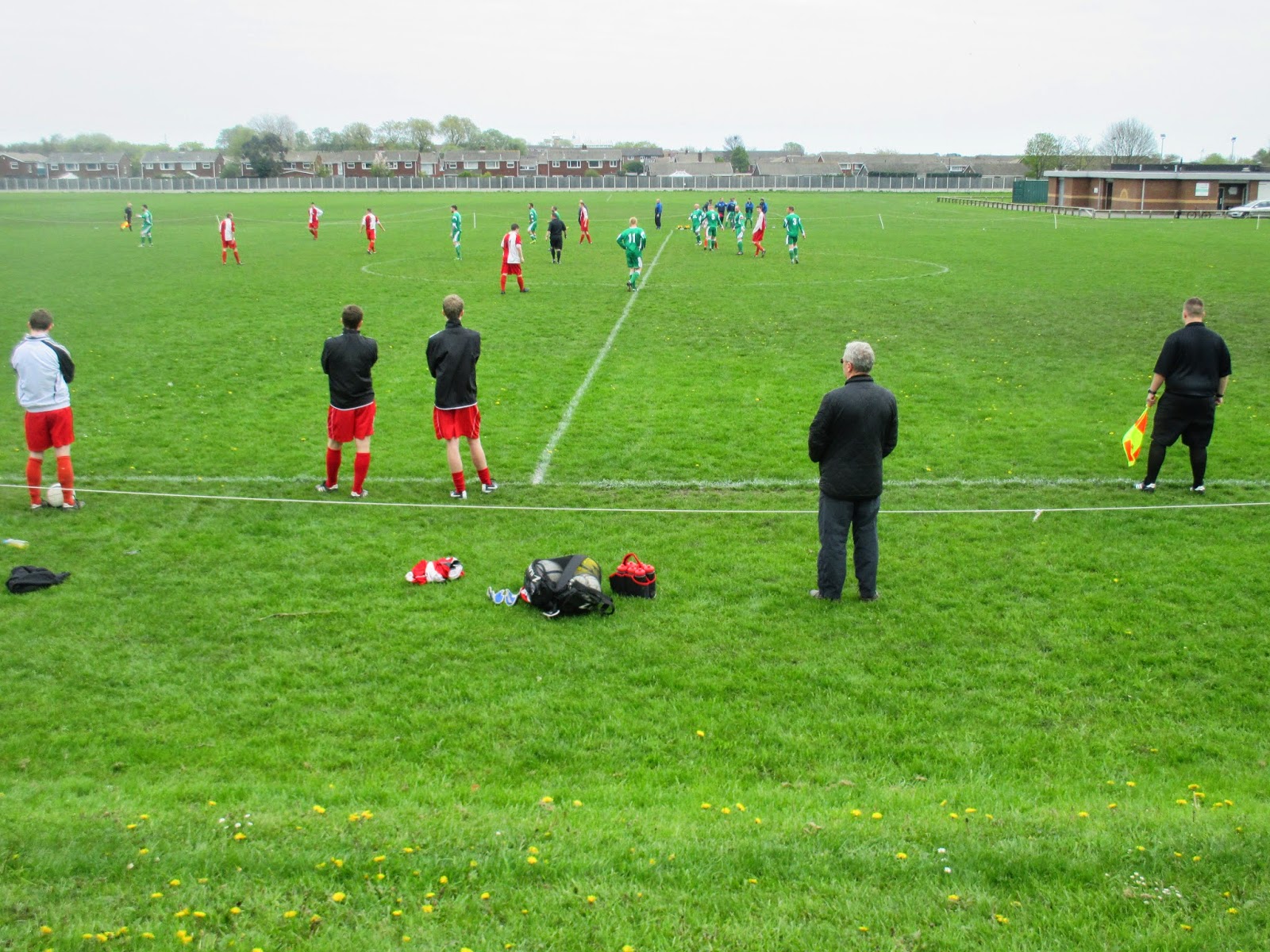 Both sides made an offensive start to the game but it was Bohs who were more clinical, with a three goal burst in a fifteen minute spell before half time. The home defense were constantly caught out by the long ball over the top, with Daniel Ure taking advantage in the 28th minute, finding himself with plenty of time and space to round the ‘keeper and tuck the ball into the empty net. Minutes later Gosforth doubled their lead through Andrew Renton, playing a neat one-two before producing a tidy finish. The visitors rounded off a fine first half display when left back Tavis Couling made an overlapping run and smashed an unstoppable drive into the top corner from the edge of the box. 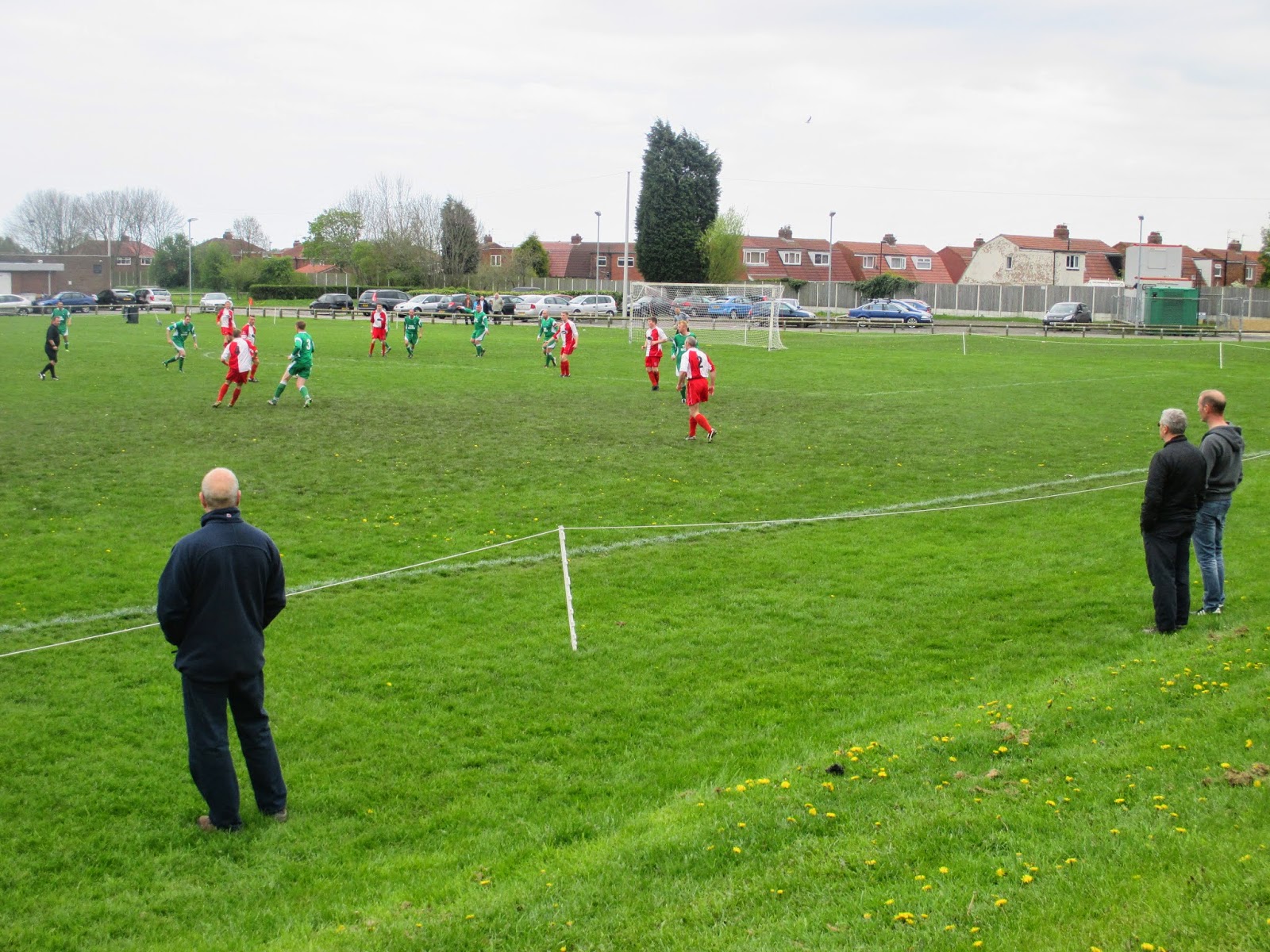 Willington improved in the second half in an effort to get back into the game but all they could muster was an injury time penalty, easily dispatched by Glen Johnson after a shove in the box. This result followed by a midweek defeat at Gateshead Redheugh 1957 means the club are relegated back to Division Two, although there’s enough spirit and some decent players in the side to hopefully see the lads in THE MORG green shirts bounce back next season. 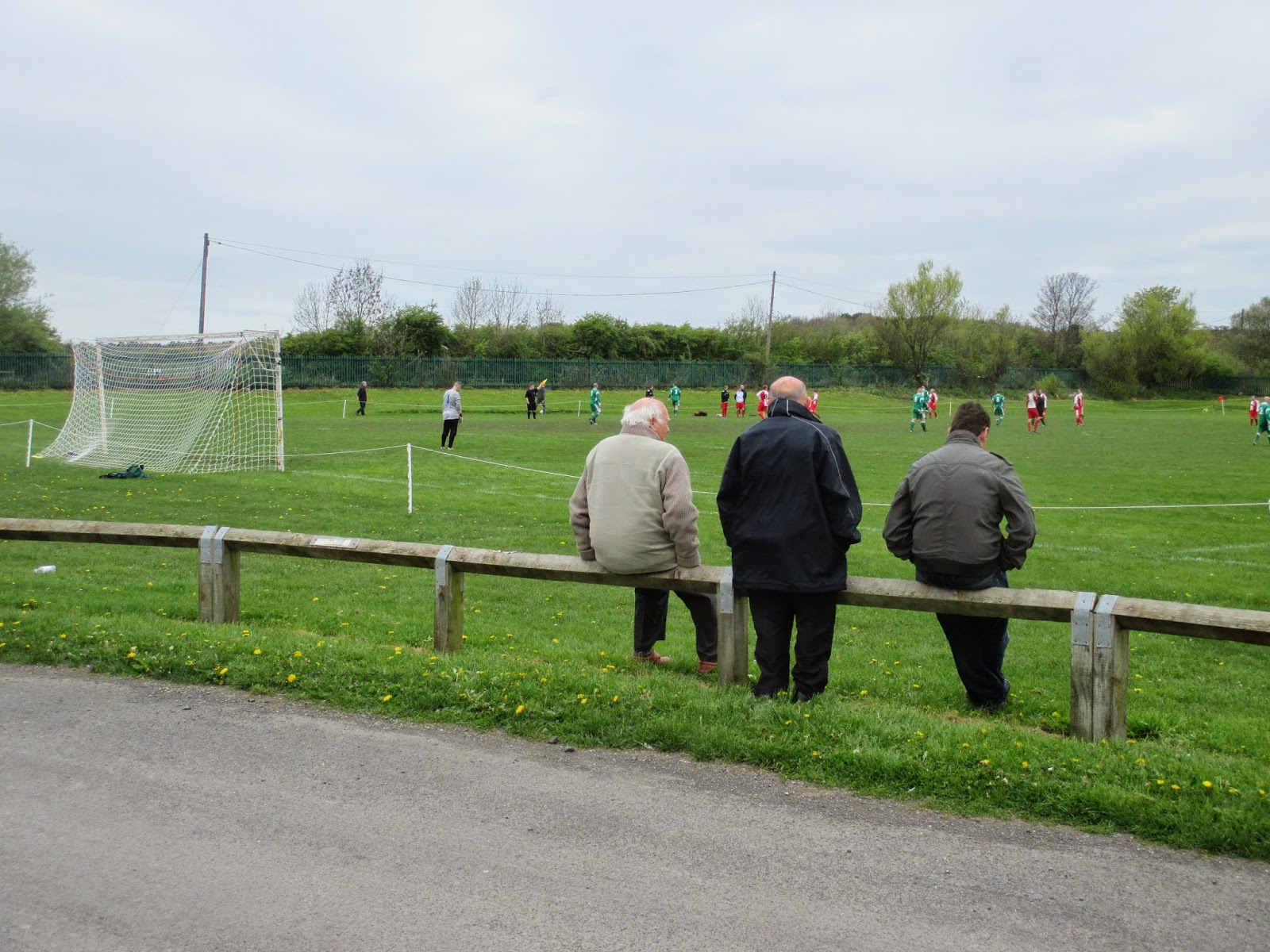 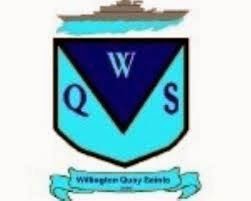 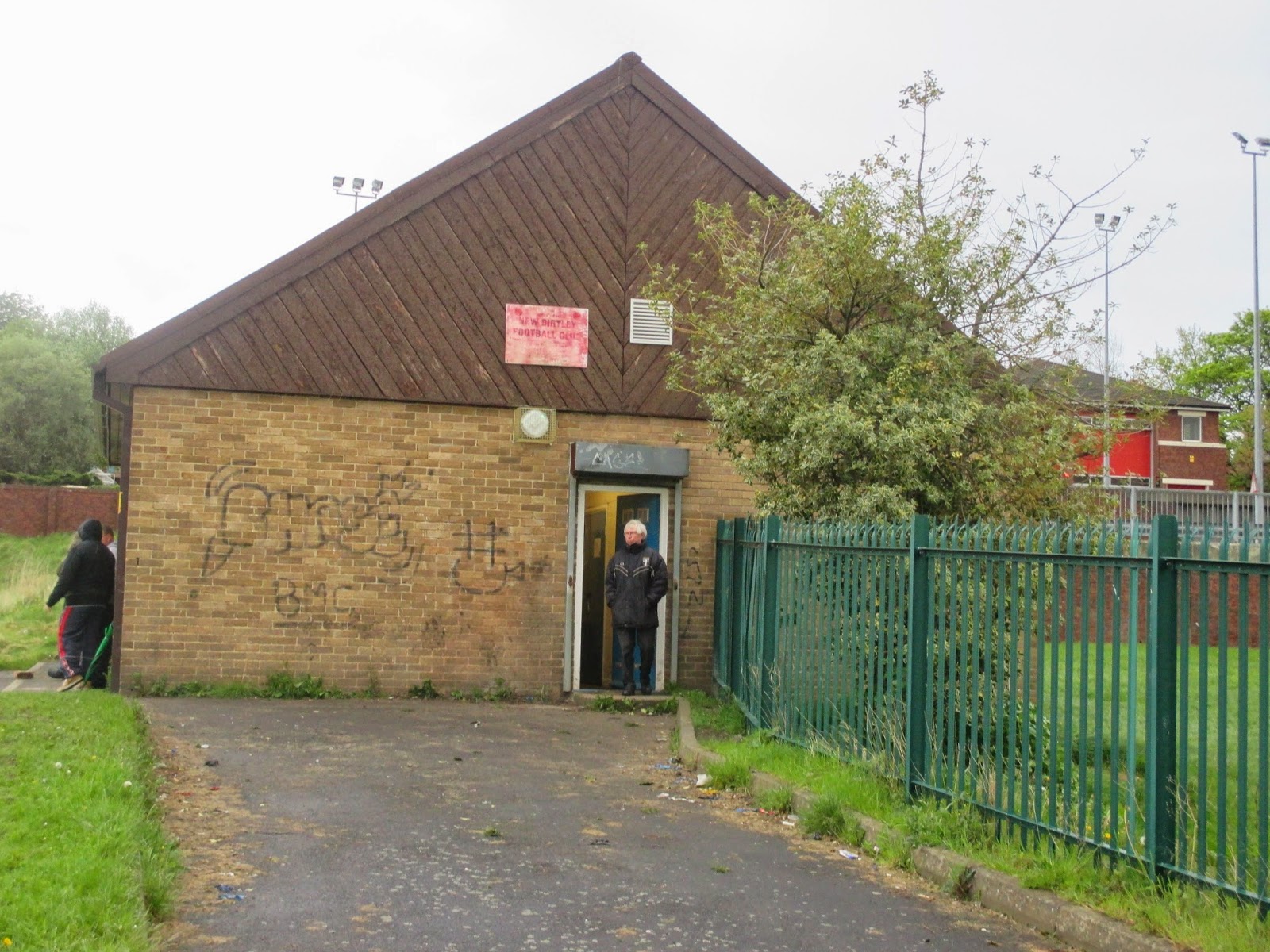 Birtley is a town situated south of the  Metropolitan Borough of Gateshead, on the county borderline of Tyne and Wear and County Durham. Birtley St Josephs FC play at the Welfare Ground which is situated just off Durham Road behind the fire station. The welfare is also home to a bowling green and playground with the football pitch at the top end. The pitch is fully railed off with a section of terracing at the side of the changing rooms. The ground has a bit of history, as it was once the home of the original Birtley FC who were founder members of the Northern League, who later went on to play in the Northern Alliance. 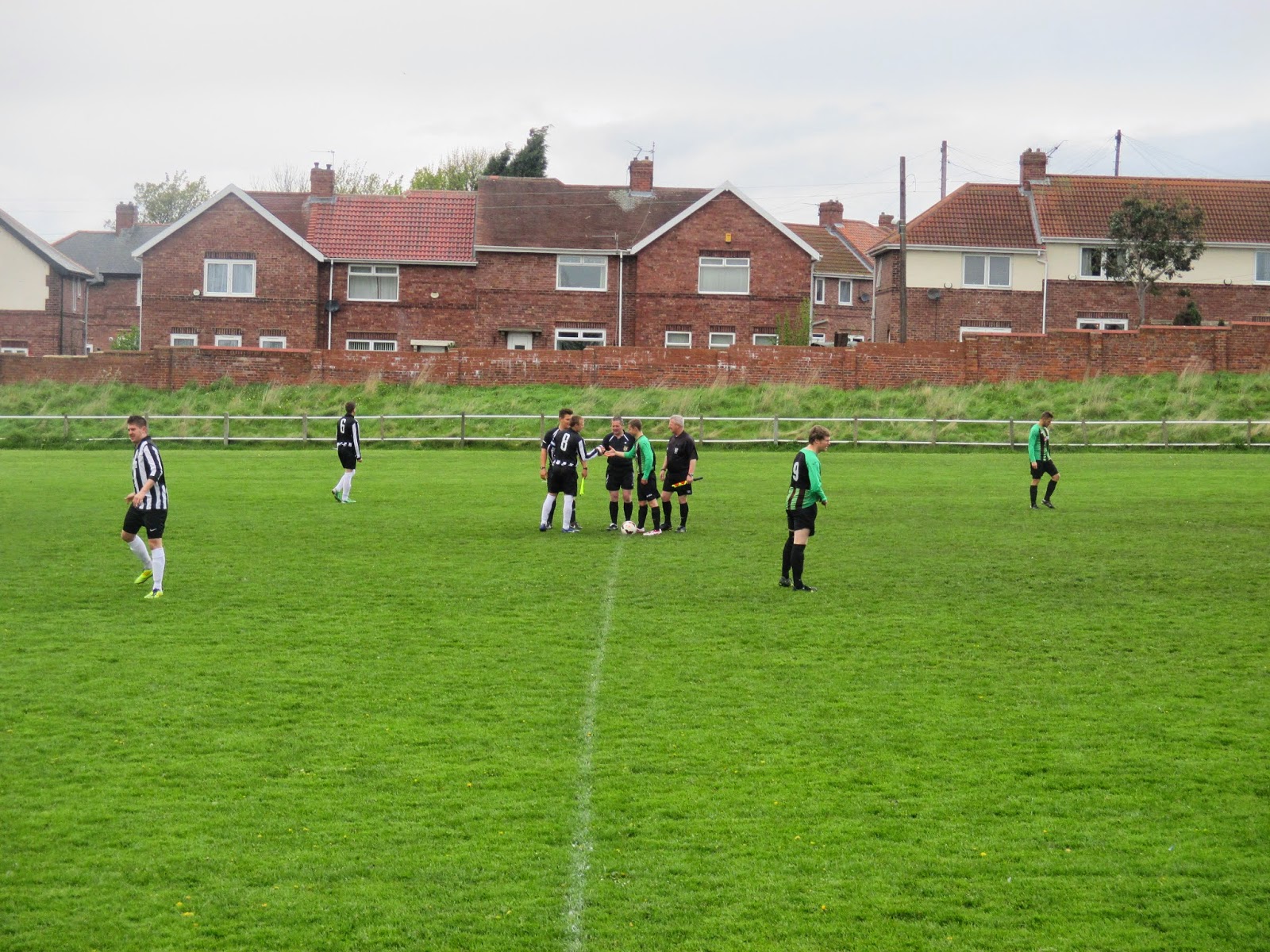 Birtley St Josephs joined the Northern Alliance Division Two just last season, finishing runners-up to North Shields Athletic and amassing 119 goals in their 30 league fixtures.
This season they’ve continued to progress, finishing in fifth place just behind the promotion chasing pack. The club also run a ladies team and there are plans afoot to have a development side playing from next season, which will strengthening the squad and help develop youth players 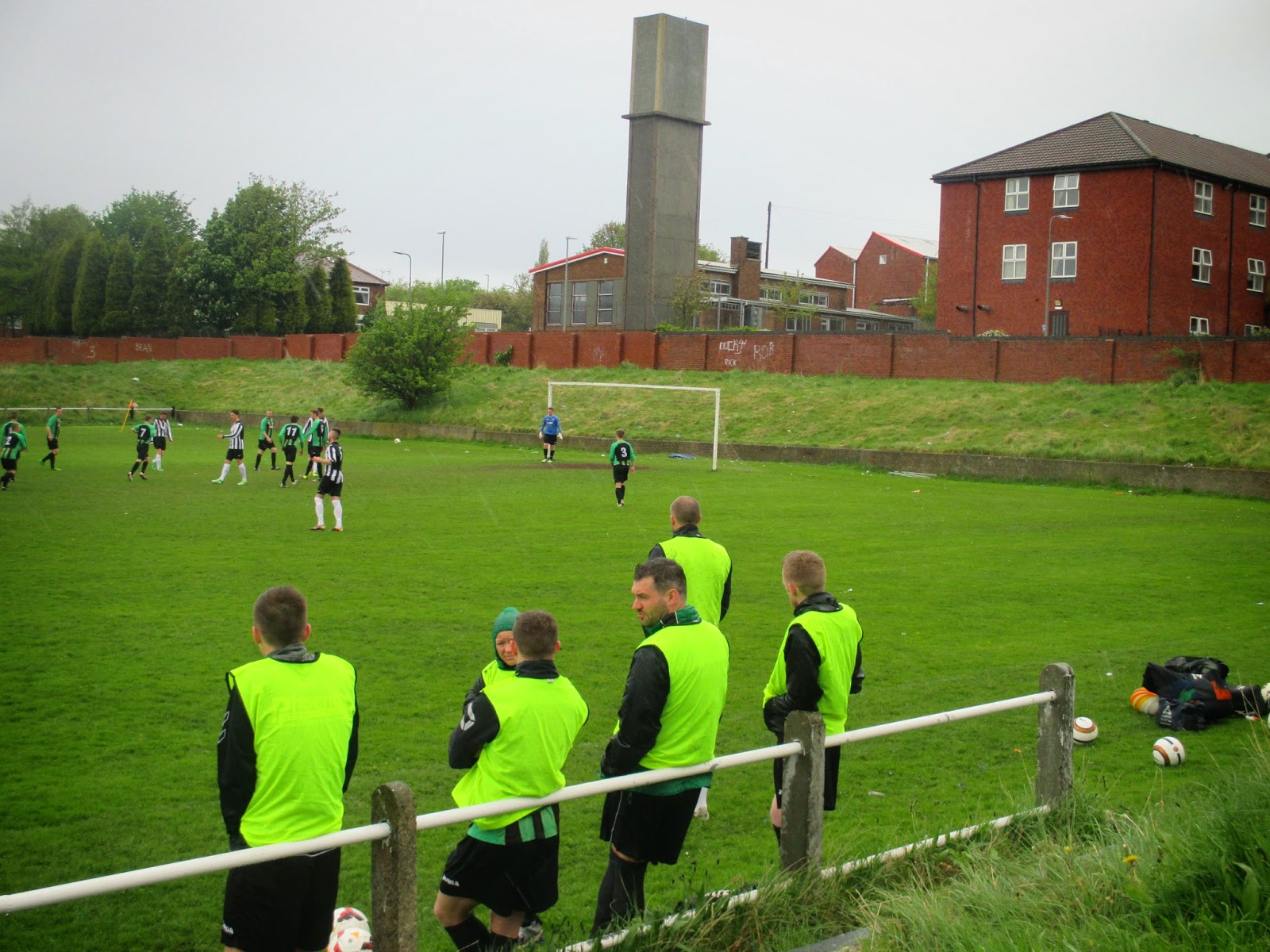 The hosts produced a fabulous display on a wet miserable night to finish off their home campaign in style against Ponteland United. St Josephs opened the scoring with a Tony Smith spot kick in the 11th minute and doubled their advantage ten minutes later, when a smart crossfield ball found Shaun Todhunter, who fired home from close range. It was soon three when Lee Cuthbertson took advantage on a defensive mix up, but Ponteland got back into the game when they were awarded a penalty five minutes before the break, which was converted by Andrew Davidson. However the unlikely comeback was soon dashed as a minute later Cuthbertson played a nice one-two before blasting the ball into the roof of the net to make it 4-1 at half-time 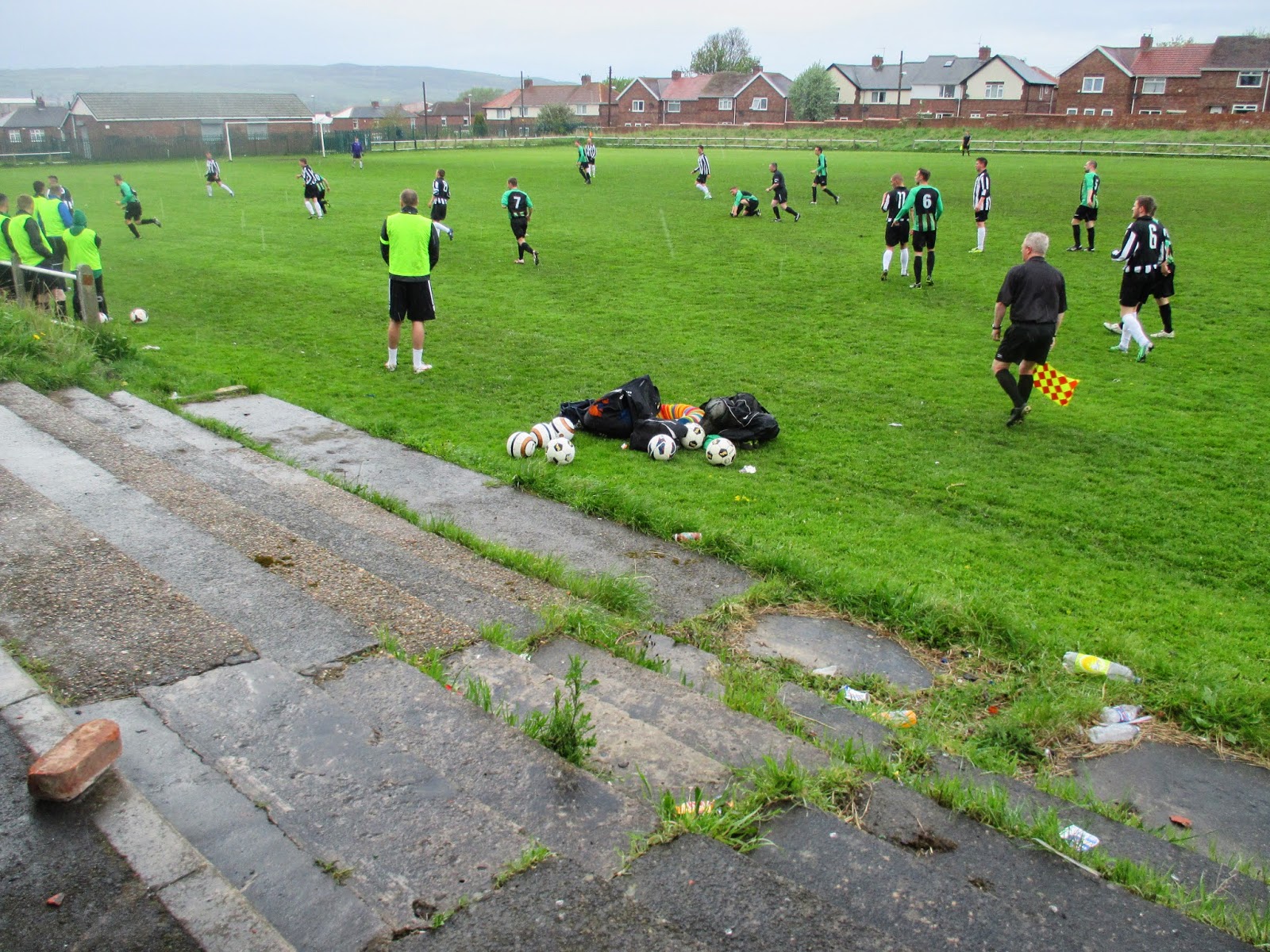 Birtley continued where the onslaught in the second half, missing a host of chances each side of a lovely Arsenalesque interchange of passing in the 51st minute which was finished off by Dan Irving. Ponteland were awarded a second penalty in the 70th minute after a handball was spotted by the linesman. I have to admire the commitment to the cause by the Birtley players, as two players were shown yellow cards for disputing the decision, even though in terms of the scoreline, it didn’t really matter. Johnson converted the spot kick but another two goals from Cuthbertson put the gloss on the performance. With ten minutes remaining a clearance from the United ‘keeper found the number nine who hit a 20 yard chip shot straight into the net, before taking his goal tally to four producing a lovely curling effort from the edge of the box to make the final score 7-2. 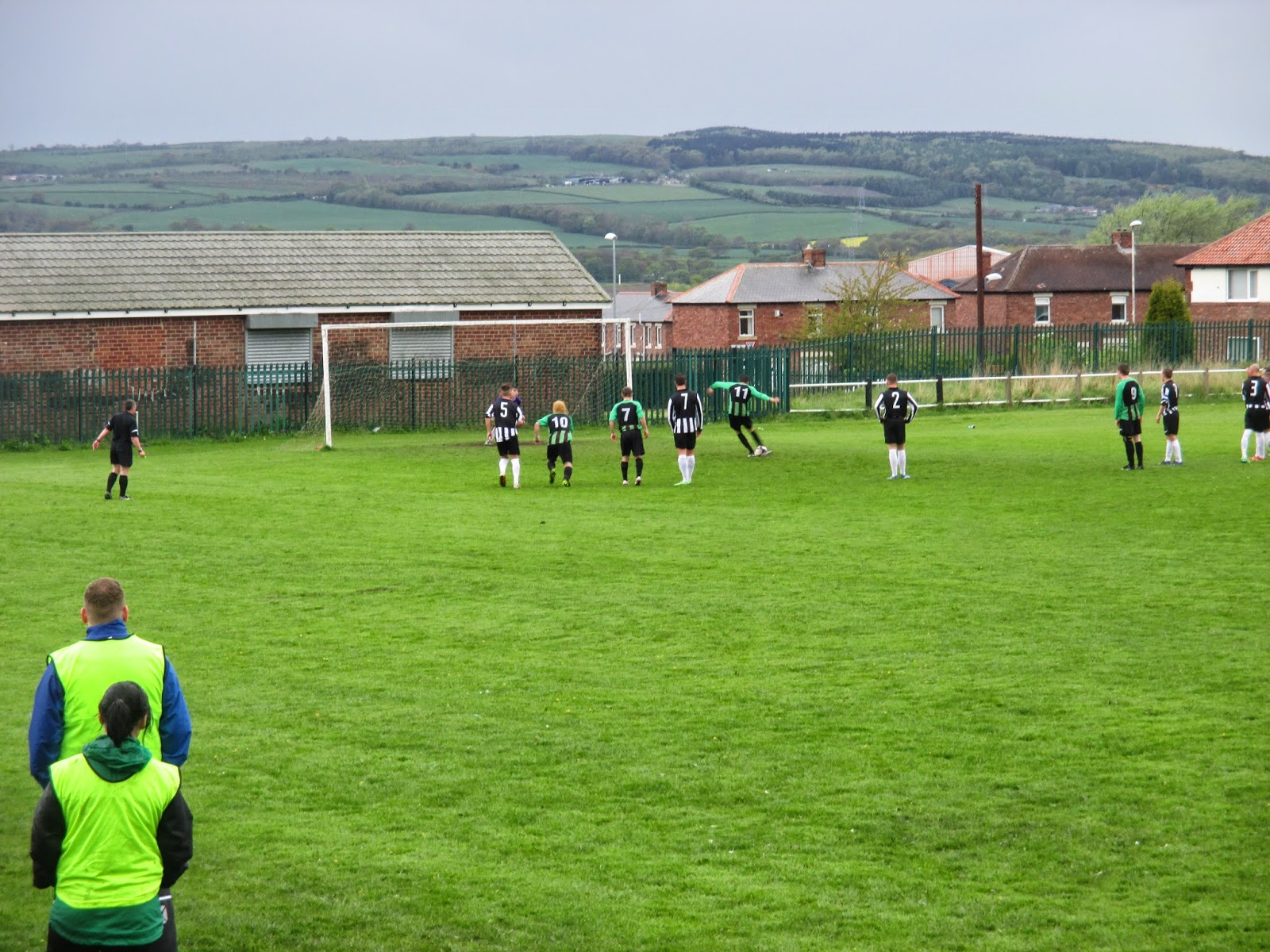 As Birtley Welfare is only a ten minute drive away I’ll more than likely make the odd revisit, especially if they play as good as they did tonight, when even getting soaked through and a flatulent old bloke standing next to me won't put me off returning for a good game of Alliance football next season. 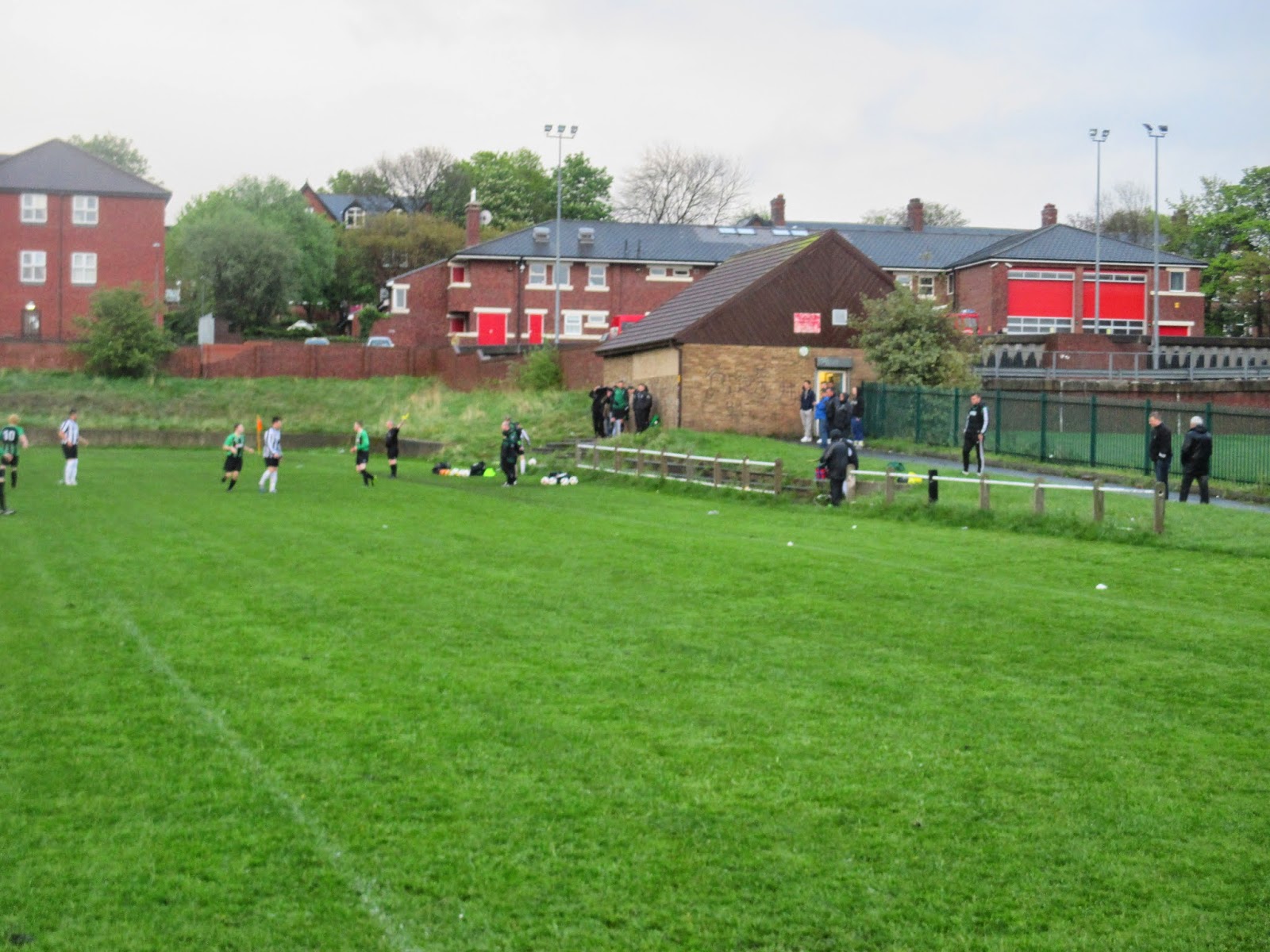 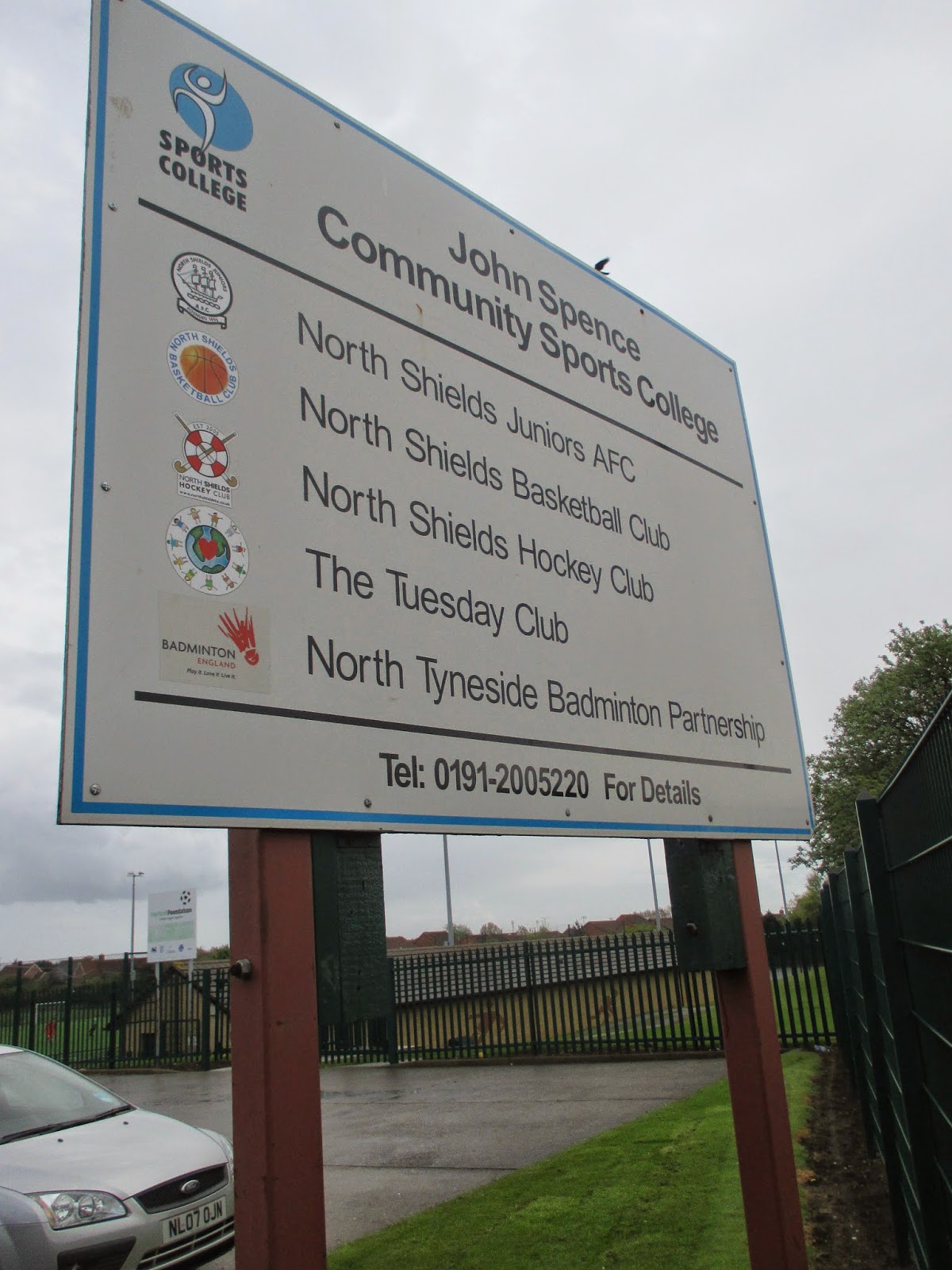 North Shields is a town on the north bank of the River Tyne in the metropolitan borough of North Tyneside, located eight miles east of Newcastle. The Shields name derives from Middle English schele meaning 'temporary sheds or huts’ which were used by fishermen. The area is historically renowned for fishing and still has associated trades with seafaring. 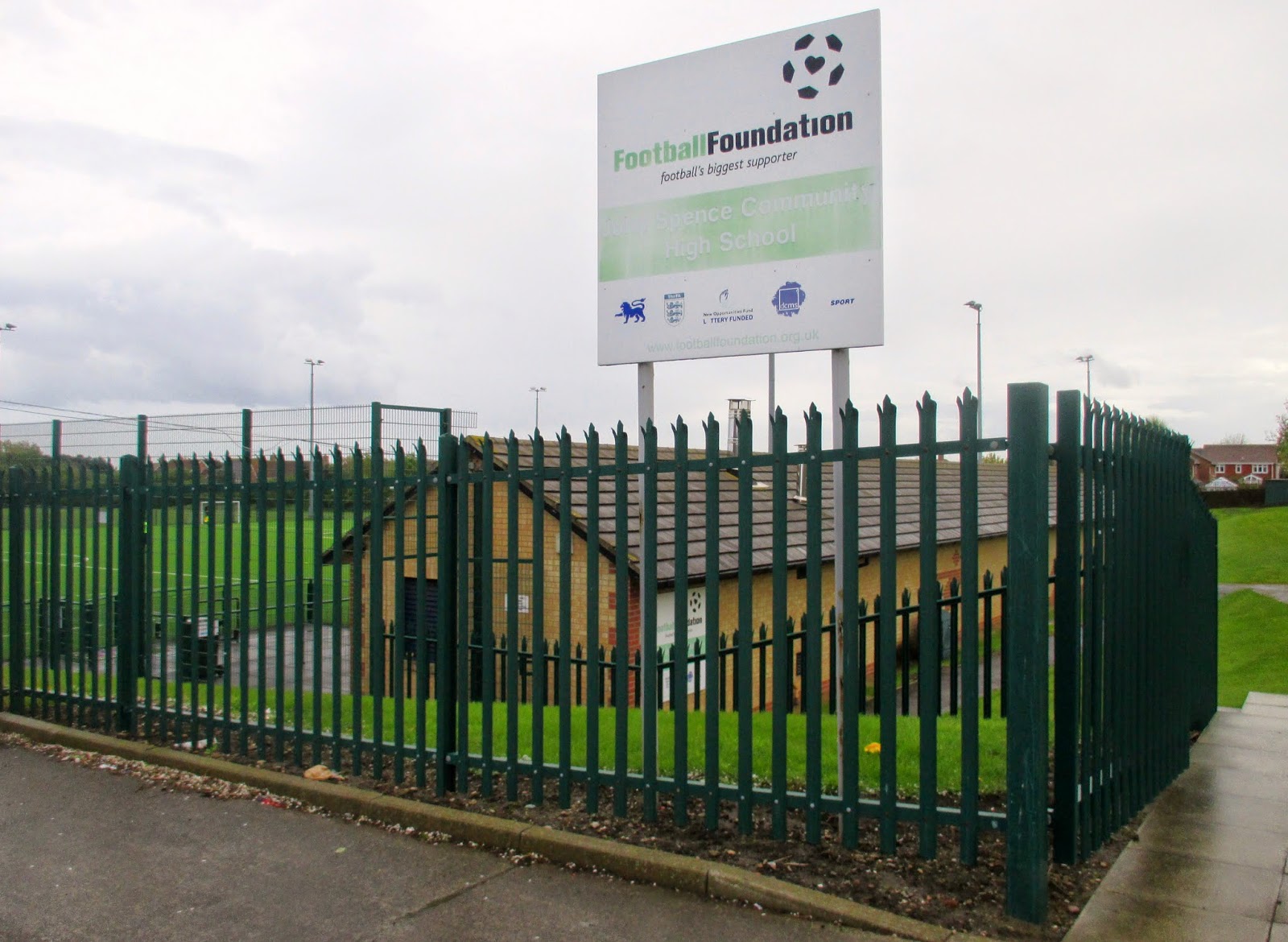 North Shields Athletic formed in 1996 with initially three junior teams, but can now boasts over 40 mens and ladies teams at all age levels. The senior side began in the Northern Alliance Division Two in 2006-07 and won promotion to the First Division as champions last season. The club’s progression has rolled onto this campaign as they clinched the league title on Wednesday night with a 5-1 win at New Fordley. 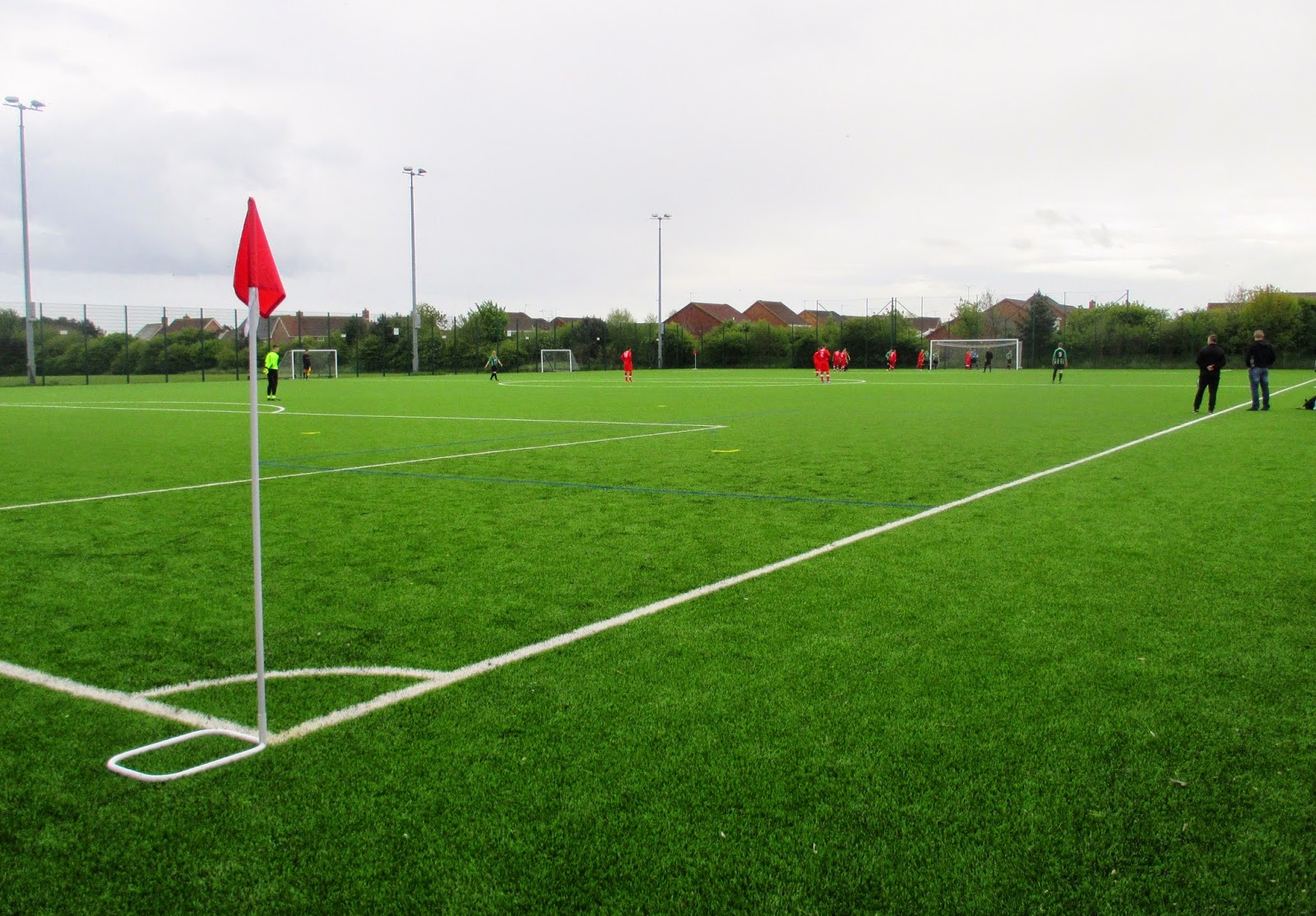 The club are based at John Spence Community Sports College, found just off Beach Road at the south side of the A192. The club use the football pitch within the complex but today I scored for a footy ground bonus, as they used the brand new 4G pitch for the first time. The pitch is only a few months old and is fully caged with floodlights and hard standing between the changing rooms and the pitch. Athletic usually use the field adjacent to the 4G and they'll be looking for grants and working with the sports college to get the ground up to the required standard for the Alliance Premier next season. 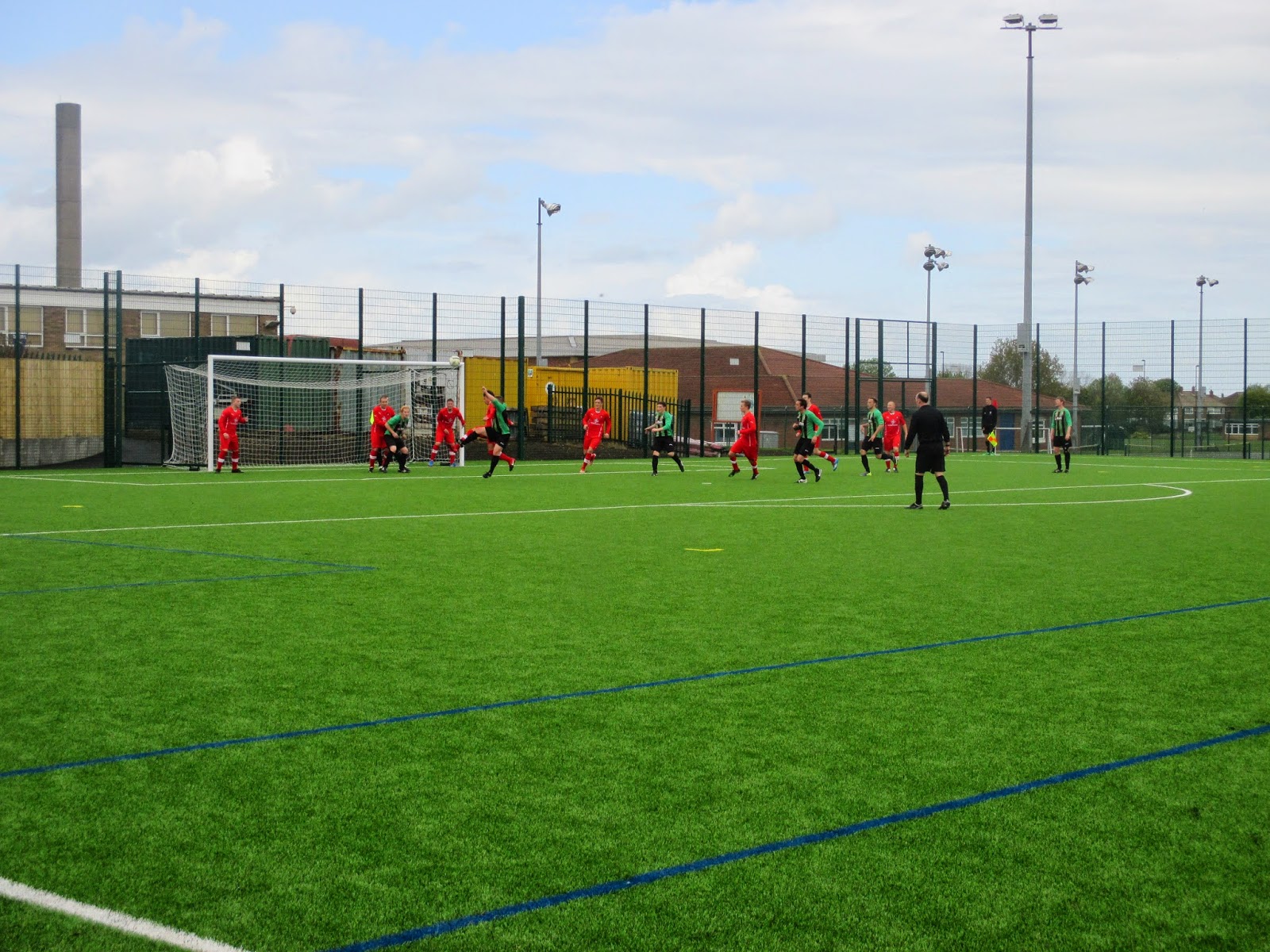 I was anticipating an exciting match as title winners North Shields Athletic hosted Birtley St Josephs who I witnessed bagging seven goals earlier this week. The visitors continued where they left off from Wednesday night, taking a fourth minute lead, when James Bowman latched onto a through ball before firing in a right foot shot. The champs were soon level when Scott Jasper judged the bounce of the ball on the all weather pitch to nod the ball past the advancing keeper in the 11th minute. It was all square at the break but Athletic took command in the second half with a left foot drive from Sean Millington followed by Lee Crammond(whose faftha I stood and watched the match with) nodded in a left wing cross to make it 3-1 with a quarter of an hour remaining.
Just as the game looked over as a contest, Bowman added his second of the game in the 80th minute only for Shields to wrap up the victory in the dying minutes, when John Wyres rifled in a right foot shot to round of a successful season in style. 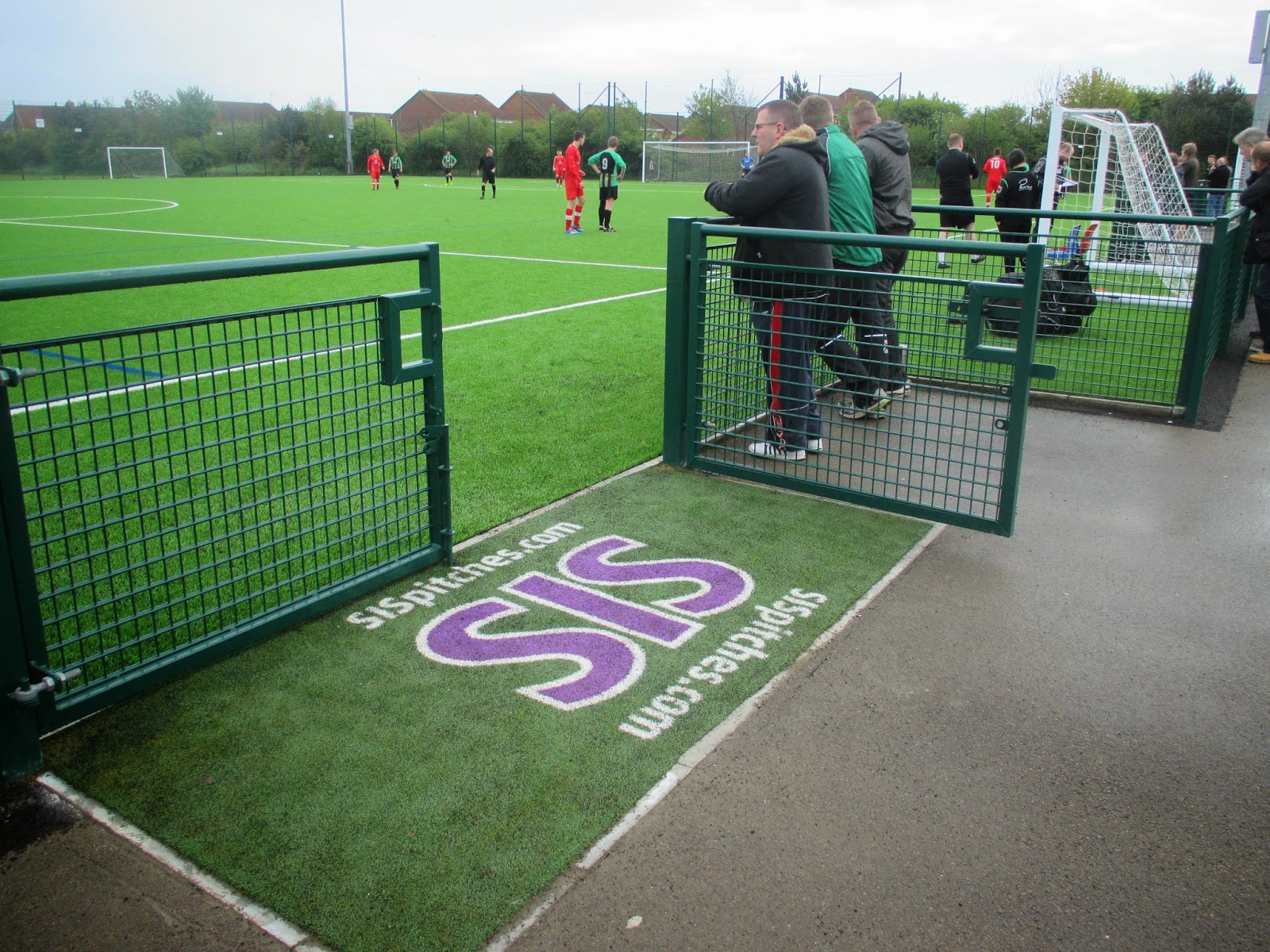 I’ll be returning to the John Spence complex next season to see the club in the top league and play on their proper pitch, plus I’ll be interested to see what progress has been made to their ground.  The club will be a welcome addition to the Alliance Premier next season and any club that gives me a free pin badge is OK in my book. 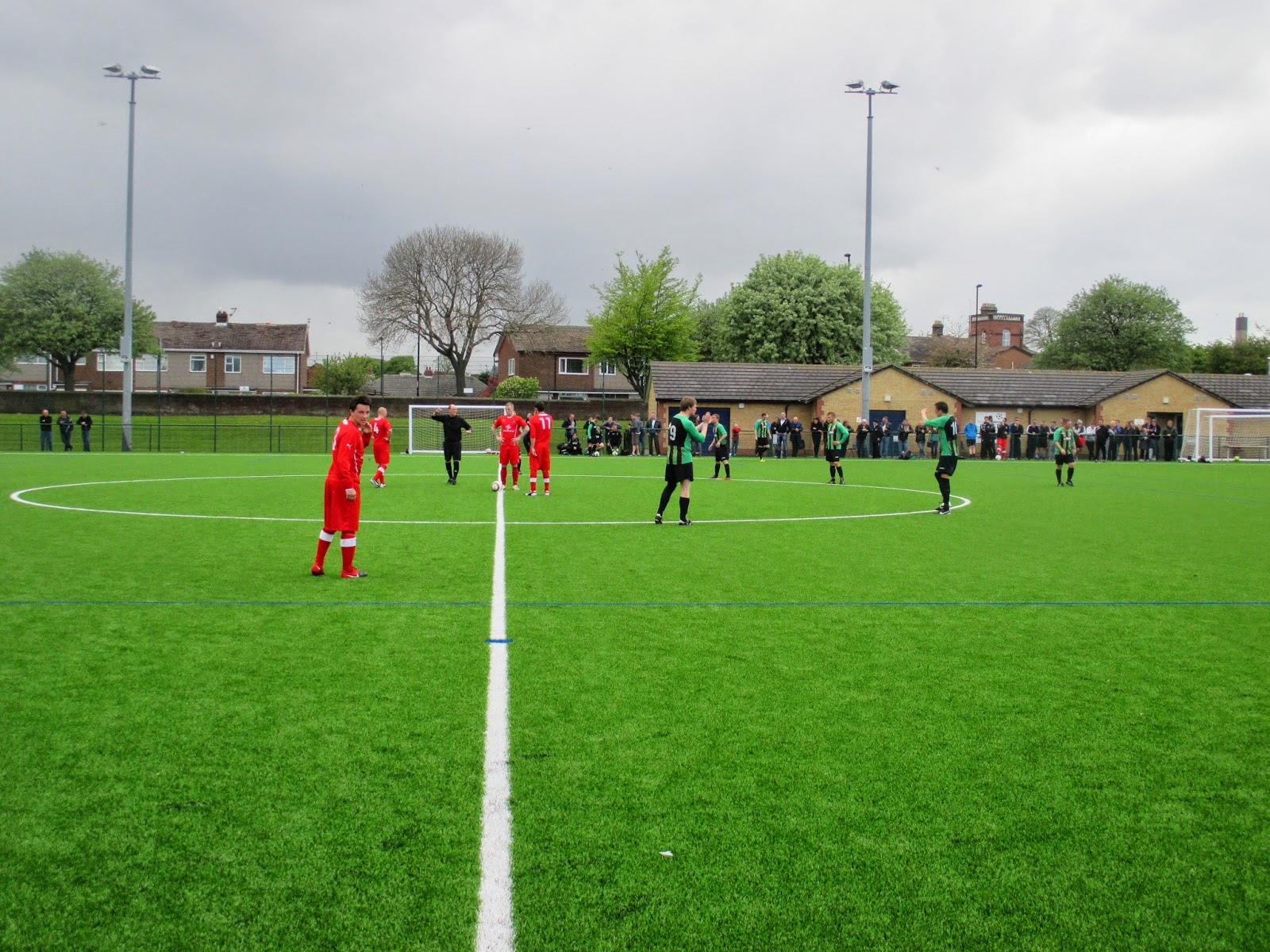 Cracking read mate. Keep up the good work.
Hopefully see you again next year at our new venue at wrekenton.
Colin
BSJ FC

If your moving to Wrekenton then you'll be seeing a lot of me, as I live in Sheriff Hill so BSJ will be my local team.