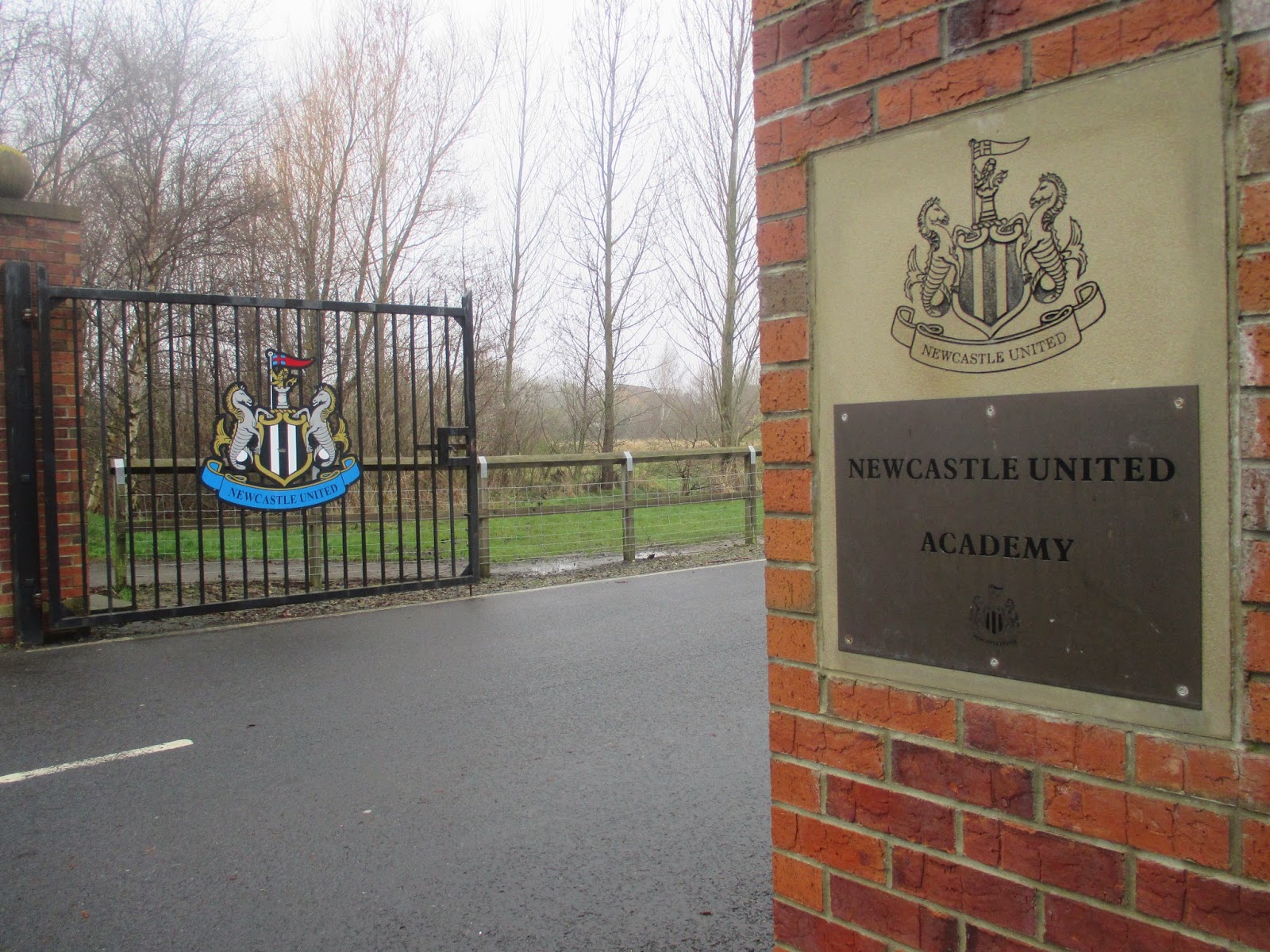 The Newcastle United Academy was opened in 2003 in Little Benton, a small suburb in the east end of the town, which along with the Toon Academy also holds two modern housing estates at Church Green and Haydon Grange.
The Academy forms part of the large square area of football grounds. Whitley Park(Blue Flames) the home of West Allotment Celtic, Northumberland FA and NUFC Reserves, Team Northumbria’s Coach Lane Sports Ground and the Newcastle United Training Centre at Darsley Park. 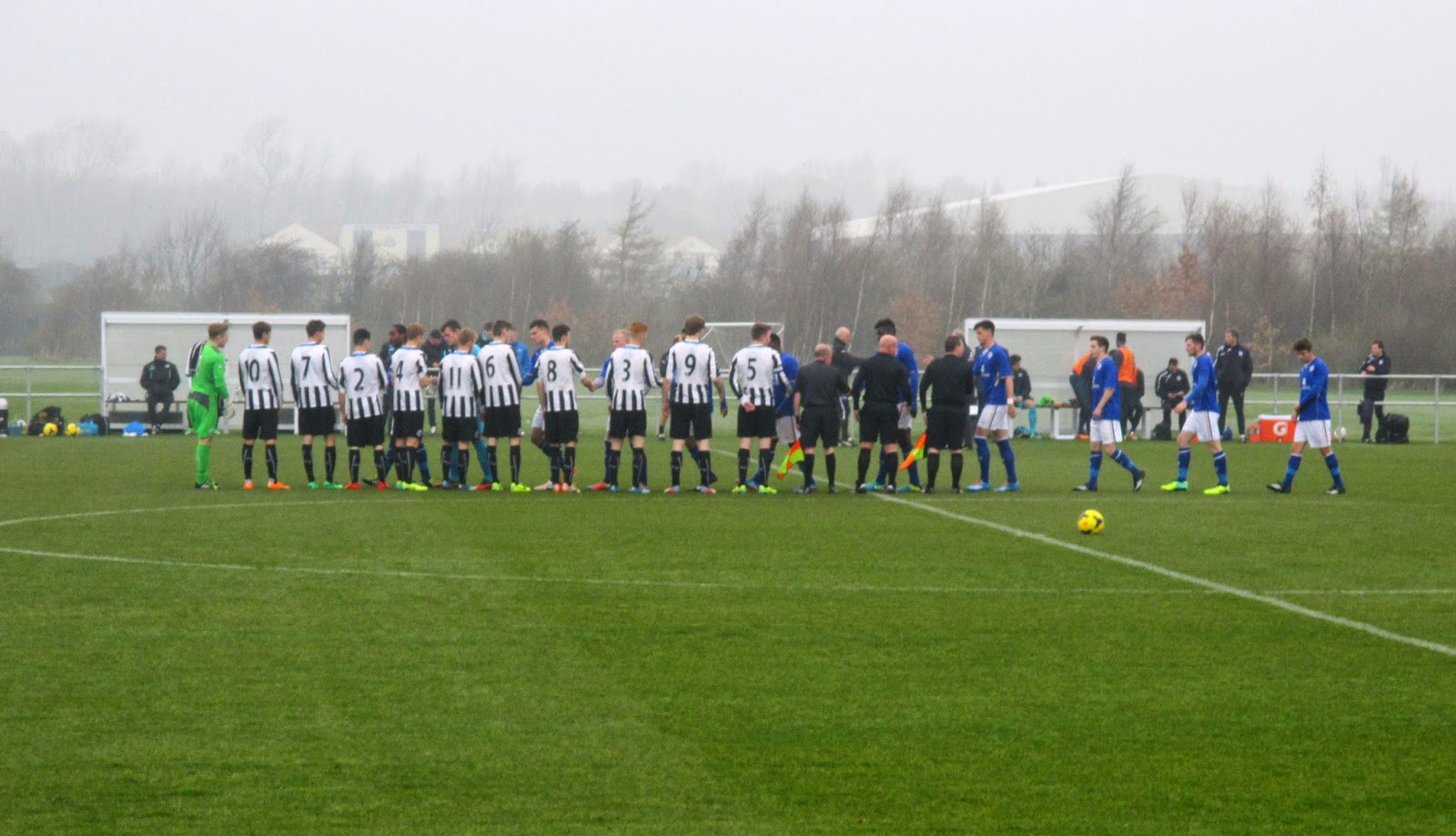 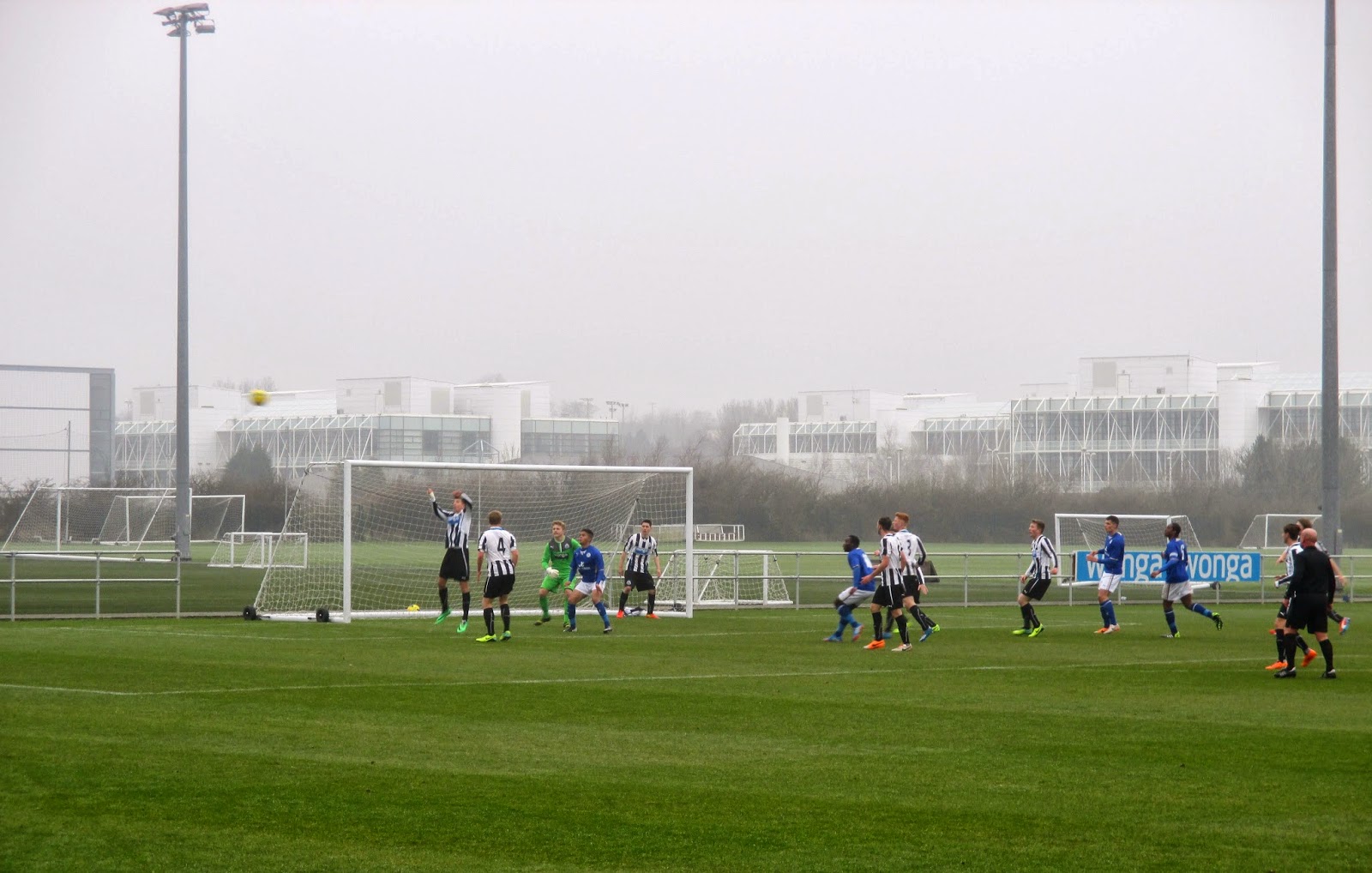 The complex is found off Coach Road, along a winding road at the beginning of Greenlee Drive. There’s several pitches including a 3G and full size fields at the other side of the main reception and changing room building, where the U-16s were also in action against Leicester City. The main pitch is fully fenced off, with perspex dugouts, floodlights and hard standing behind the near goal and dolomite standing along the near side.

Regular readers will be shocked to learn that this is my first match at Little Benton. The simple reason for this is because matches are usually played on a Saturday morning while I’m still at work, and when I’m not grafting I’m usually on my travels elsewhere.
Today’s U-18 Premier League match with Leicester City was a 1230pm kick off this week allowed me plenty of time to get to the game and do a double with Gateshead’s Skrill Premier clash with Braintree Town at 3pm. 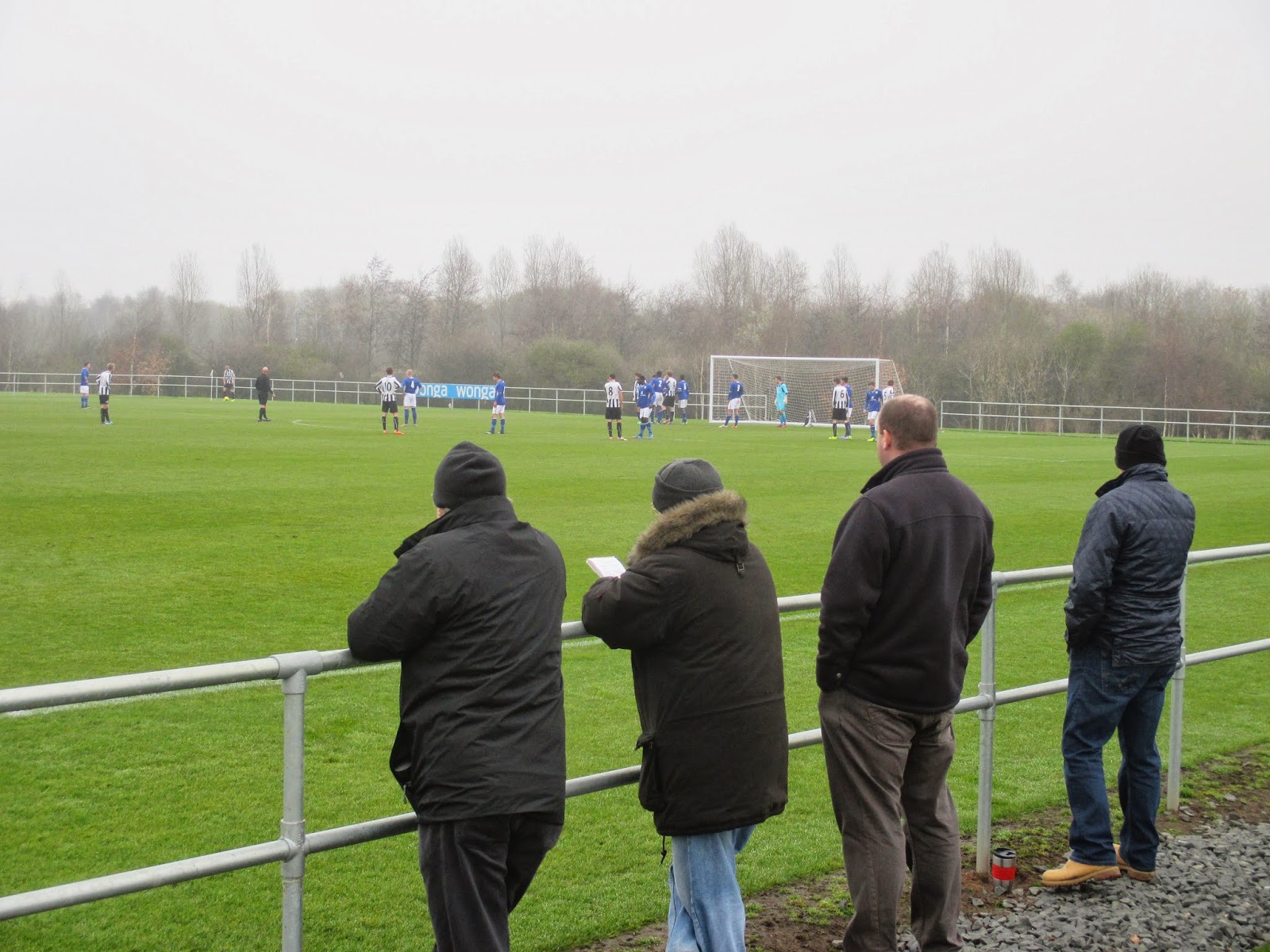 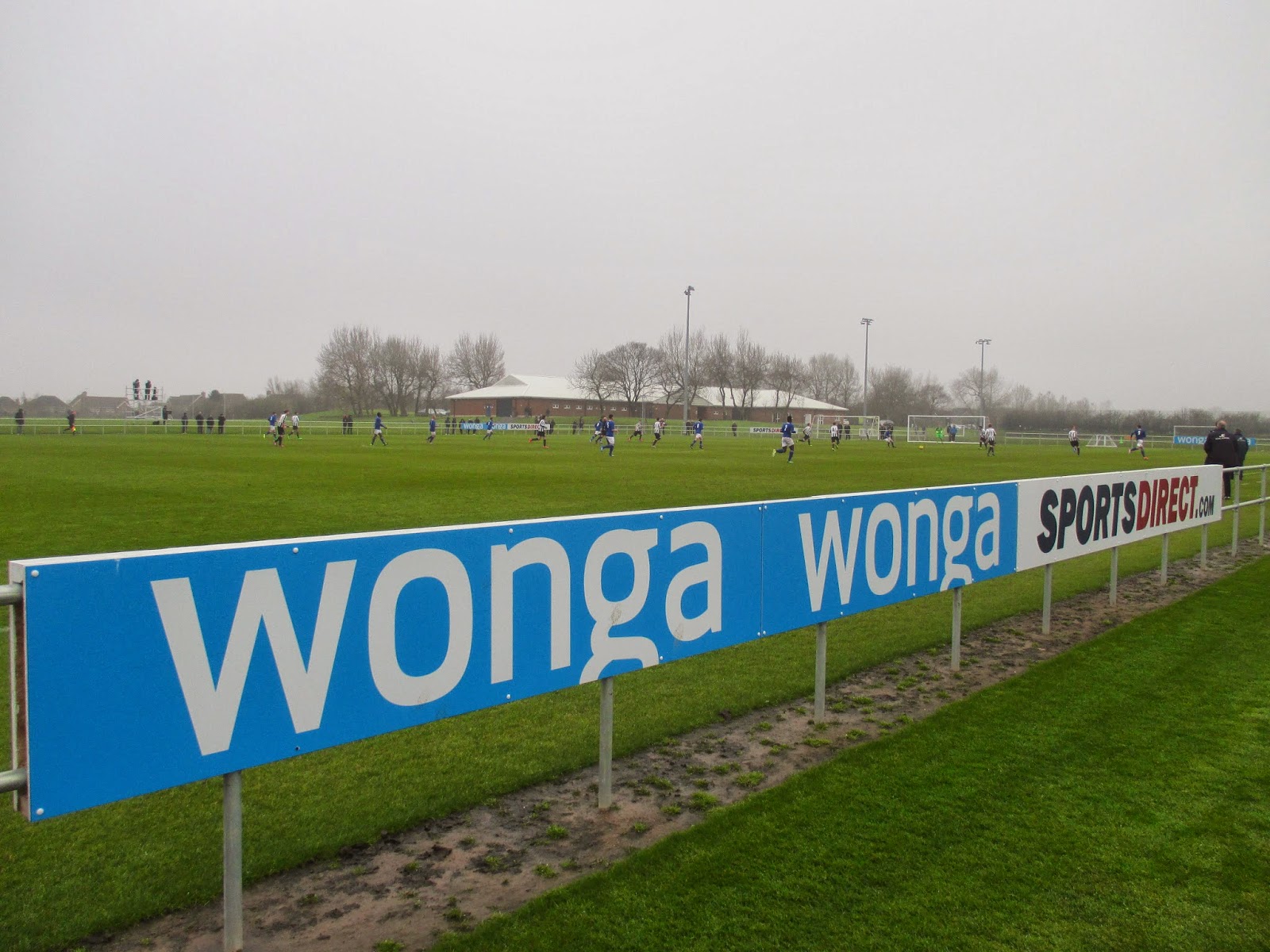 This entertaining encounter saw United take the lead after nine minutes when Greg Olley cut inside and unleashed a low hard shot from 25 yards which skidding along the wet surface and under the ‘keepers body. The Foxes hit back after 13 minutes when Dylan Casey ran through on the overlap and his deflected shot flew past Woolston in the United goal, then the other City full back Cedric Kipre was on hand to fire home at the far post from a corner kick.
Newcastle regained their advantage on the hour with a brace from Tom Heardman. The big number nine got on the end of a left wing cross from Kerridge in the 53rd minute then he took advantage of some poor City defending to fire home from close range seven minutes later.

United’s domination saw a great interchange of passing rounded off by Jonathyn Quinn to add the fourth after 68 minutes, before a lovely finish by Dan Barlaser, firing in at the near post from a tight angle with three minutes remaining.
City finished the game strongly and had plenty of decent chances to reduce the arrears,  but it wasn’t until deep into injury time when after a succession of corner kicks, the ball was deflected over the line via a United leg. The goal was controversially giving by the linesman, who flagged the ball had crossed the line, although the United camp are adamant this wasn’t the case. A cracking game for my long awaited first attended match at Little Benton, which was United’s fourth consecutive league victory as Dave Watson’s side continue to finish the season on a high note. 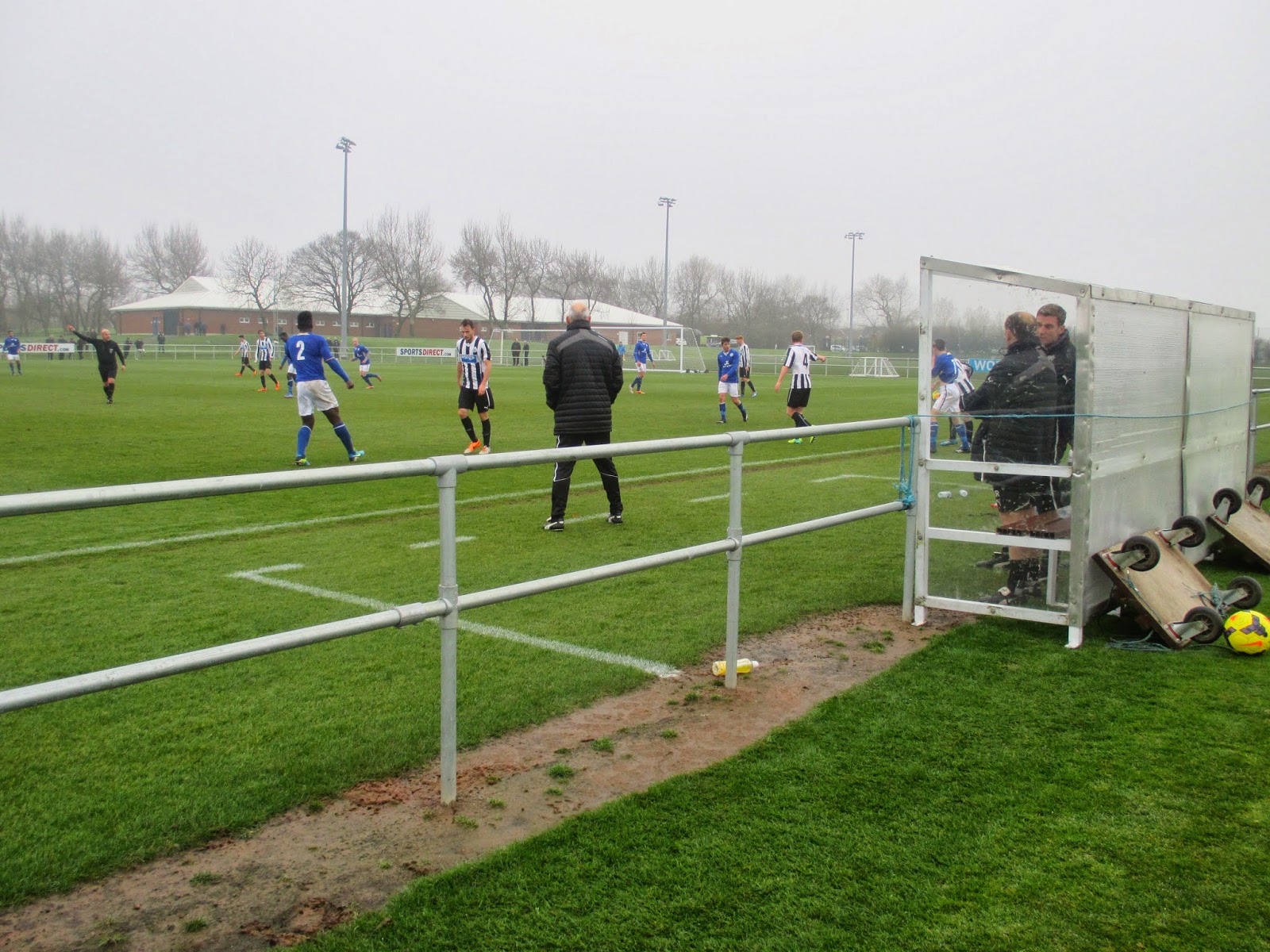 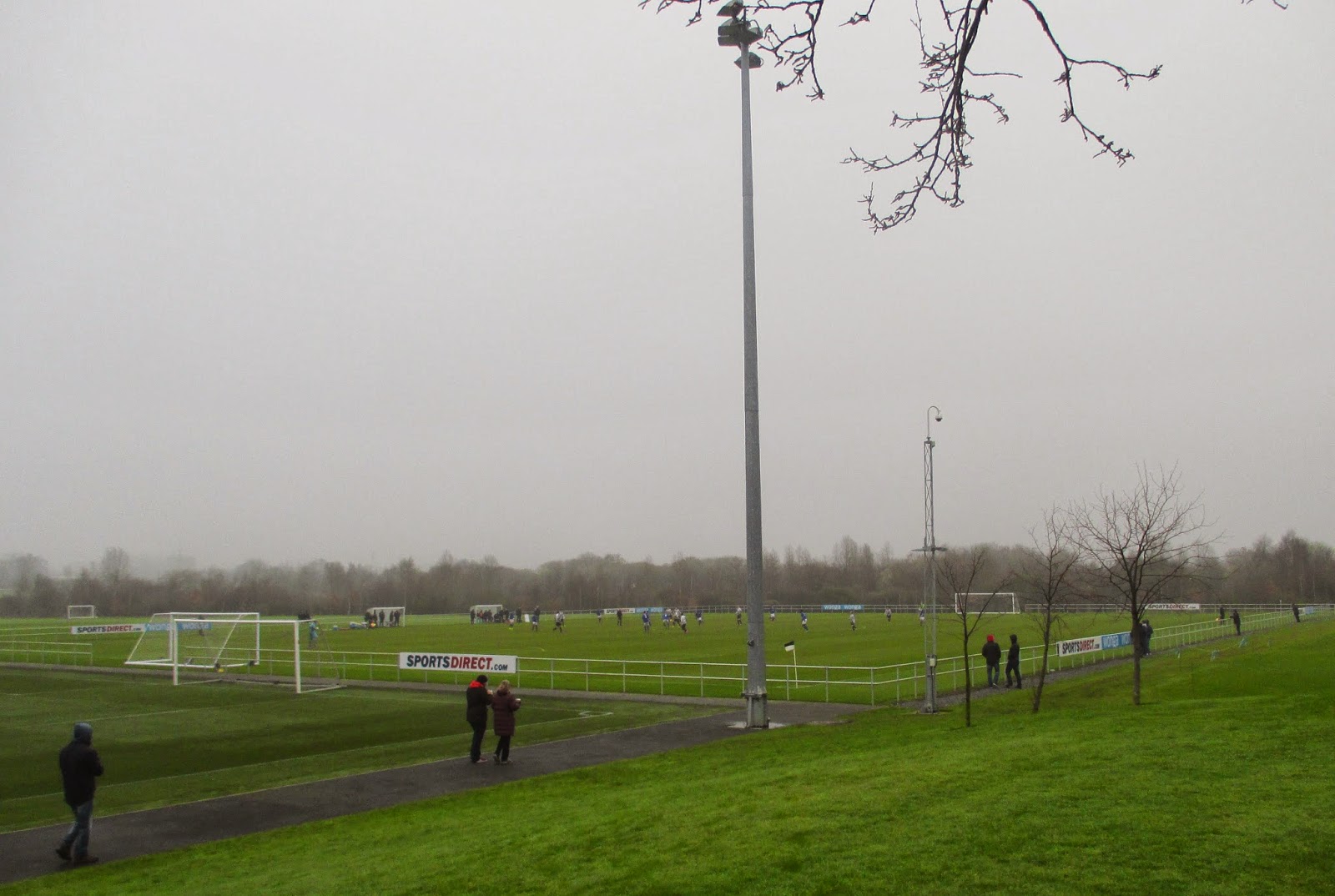 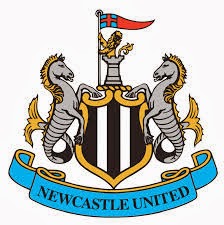