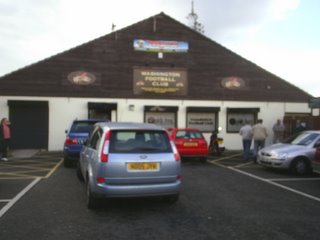 I located my way to Albany Park without managing to get lost(anyone who has been to Washington 'new town' will understand )for Washington's Northern League Division Two clash with table toppers South Shields.
Albany Park has been the home of 'The Mechanics' since 1979 and they're planning to stay after leasing the land on an 88 year contract, after moving from their previous home at Unsworth Park.
The main feature of the ground is the impressive new club house, where the main stand is housed, It was rebuilt during the 1992/93 season after the original club house was tragically gutted due to a fire.
"Weshintin" as the locals call it, made their debut in Northern League in the 1988/89 season after a successfull application from the Wearside League, their best finish was winning promotion in the 2000/01 season,finishing runners-up to Ashington. Unfortunatly their stay in the First Division only lasted three seasons, but the club is showing enough ambition to regain their top league status.
This was only 'The Mechanics' third home game of the season,after having to play the first 12 competitive games away from home.This was due to the state of the playing surface which has been covered in water,and extensive work has been made to get it in playable order,this included having to enlist the help of the local fire-brigade.
The game was a tight encounter which became scrappy in the 2nd half, with Washington holding on to there early goal scored by Stephen Burns in the 6th minute, then trying to catch Shields on the break.Washington defended well and could even added to their lead late on,overall they ran out deserved winners, and the win took them up to 5th in the table,and with plenty of home games in hand they look a good bet to return to the Northern League top flight. 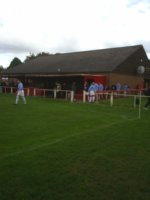 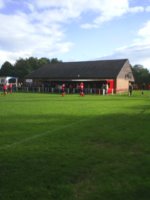 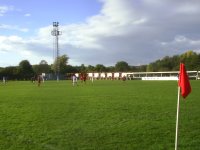 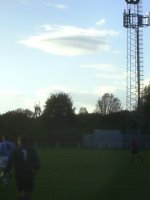 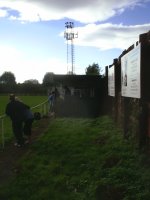 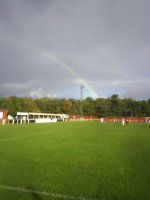 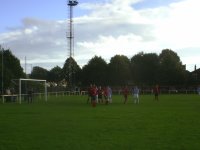 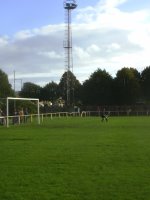 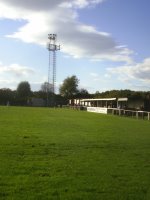 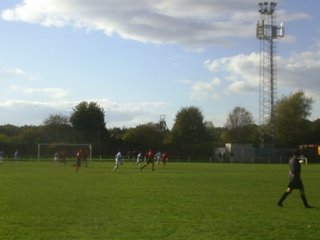 Updates -
May 2007 - Well I was right! I predicted that Washington looked a good bet to go up and so it was, piping South Shields by 5 points to claim third spot and win promotion to the ANL Division One.
Division 2 league table
on October 21, 2006
Email ThisBlogThis!Share to TwitterShare to FacebookShare to Pinterest
Labels: South Shields, Washington