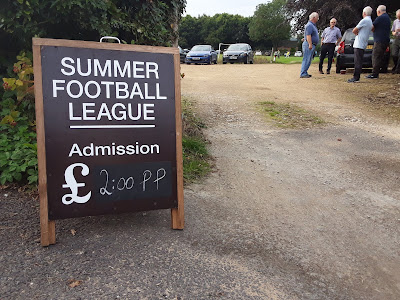 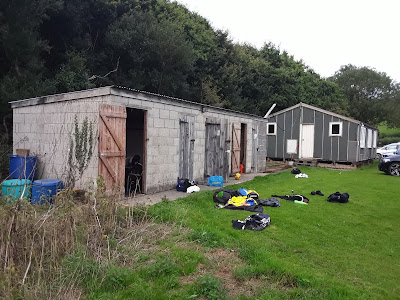 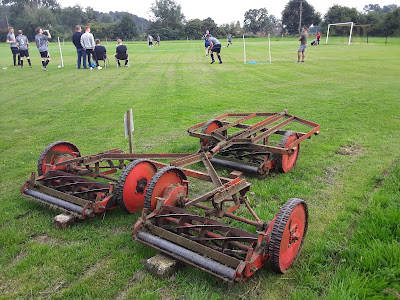 
Mapleton, sometimes spelt with two P’s, is a village and civil parish in the Derbyshire Dales near the River Dove and close to Ashbourne.


Ashbourne and District Summer Football League takes place around the north Derbyshire town famous for the mad kickabout Shrove Tuesday match. The league started in 1930 as an agricultural league, with matches timed around the needs of the farming community.
The cup competition is played in memory of Wayne Tarbard, who died in June 1982 on board the RFA Sir Galahad during the Falklands conflict. 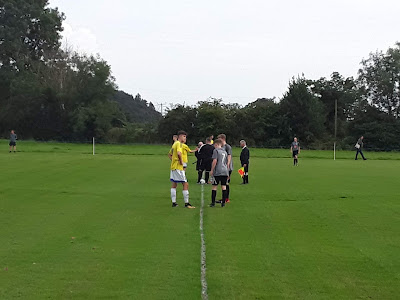 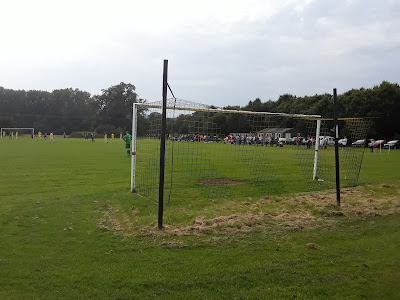 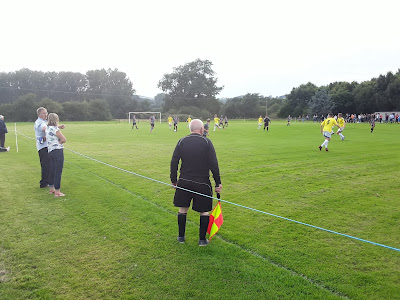 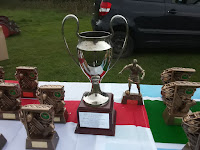 Doveridge looked well in control at half time after Hepburn knocked in from a right wing cross, followed by a Duckworth shot from the edge of the penalty area. Early in the second period Jackson scored direct from a free kick, which gave Legion  confidence as they pushed for an equaliser. The match was finally poised but it was Doveridge who hung on to lift the memorial trophy. 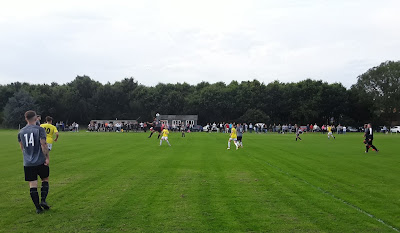 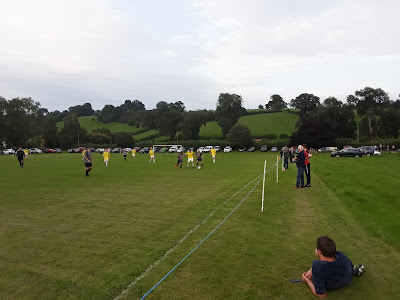 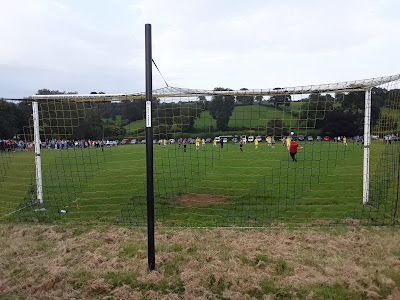 Following on from matches in Burton and Uttoxeter, we called into Asbourne first so I could call into my ancestors pub  ~ the Smiths Tavern, then I quickly dived into the Okeover Arms before the game. There was a decent crowd at the match and quite a few familiar faces. After a cracking day of football the journey back north went smoothly without any diversions ,so Katie and Lee dropped me back home fifteen minutes before the pumpkin hour.
on August 04, 2019
Email ThisBlogThis!Share to TwitterShare to FacebookShare to Pinterest
Labels: Ashbourne Summer League, Doveridge, Legion FC